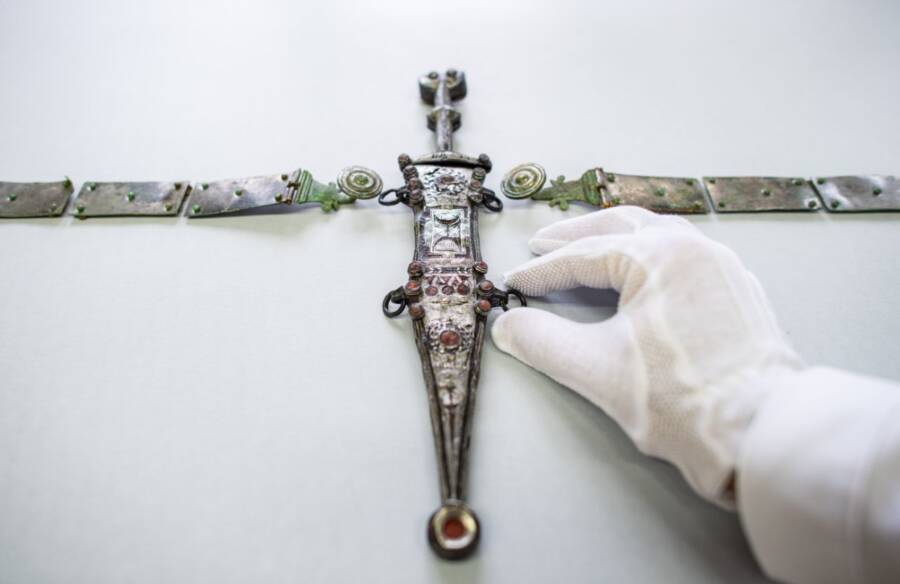 When 19-year-old archaeologist Nico Calman unearthed a chicken finger-like lump of rust at a dig site in Germany, he wasn’t sure exactly what he’d found. Turns out it was a 2,000-year-old ancient Roman dagger.

And after a lengthy restoration process, researchers were able to return this ancient weapon to its former glory.

Wall Made Of Human Bones Discovered Underneath A Cathedral In Belgium 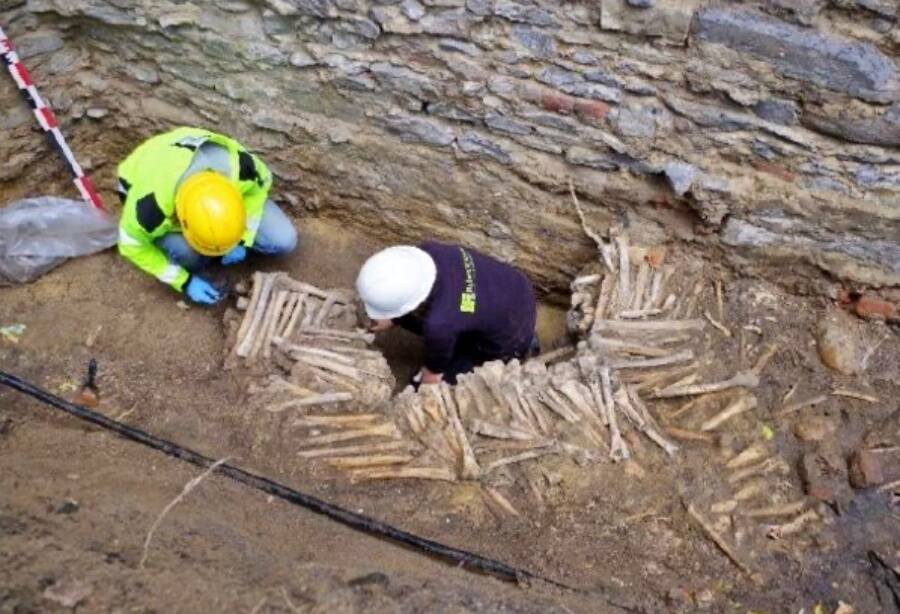 Ruben WillaertA wall made out of 500-year-old human remains was discovered under a cathedral in Belgium.

When archaeologists recently dug at the historic Saint-Bavo’s cathedral in Ghent, Belgium, they found a grisly sight: a wall made out of human bones.

The skeleton wall was discovered during construction work for a new visitor’s center at the cathedral. Experts estimated that the macabre structure was built sometime during the 17th or 18th century. But the bones may have already been about 200 years old by the time that they were used to create the wall.

46,000-Year-Old Bird Found With Feathers And Talons Intact In The Siberian Permafrost 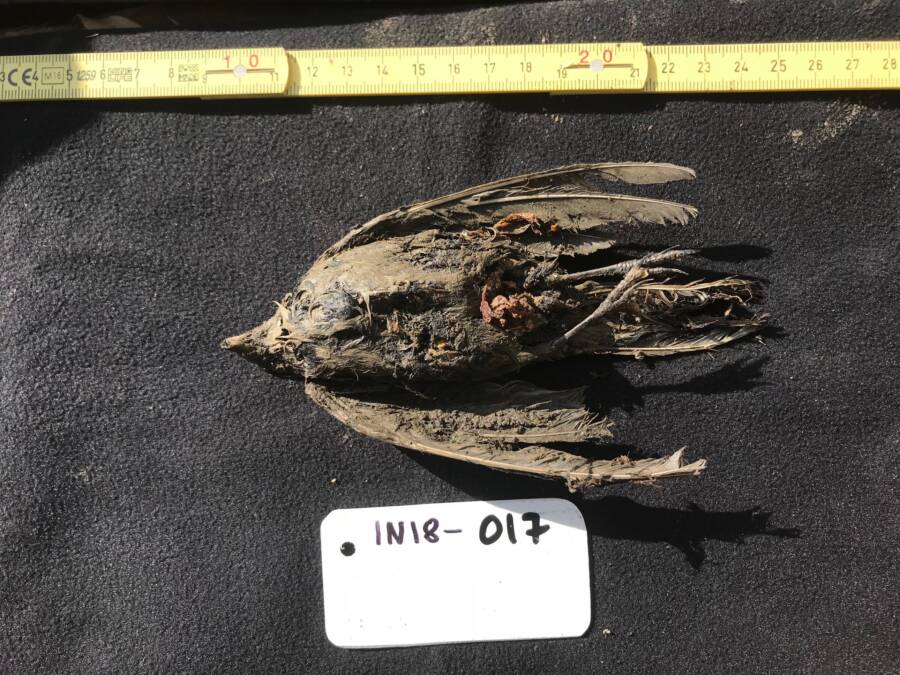 Love DalénAn intact 46,000-year-old bird was found for the first time in the Siberian permafrost.

Archaeologists have uncovered many remarkable, ancient specimens from the Siberian permafrost. This time they found the mummified remains of a whole bird — and it still had its feathers and talons intact.

The 46,000-year-old bird has been identified as a horned lark, or Eremophila alpestris, and scientists believe it could be a prehistoric predecessor to two subspecies alive today, the horned larks in the Mongolian steppe and those living in northern Russia.