Scotty Bowers was a gas station attendant in Hollywood when a famous producer solicited his "services," launching an illustrious career as the sexual fixer to the stars. 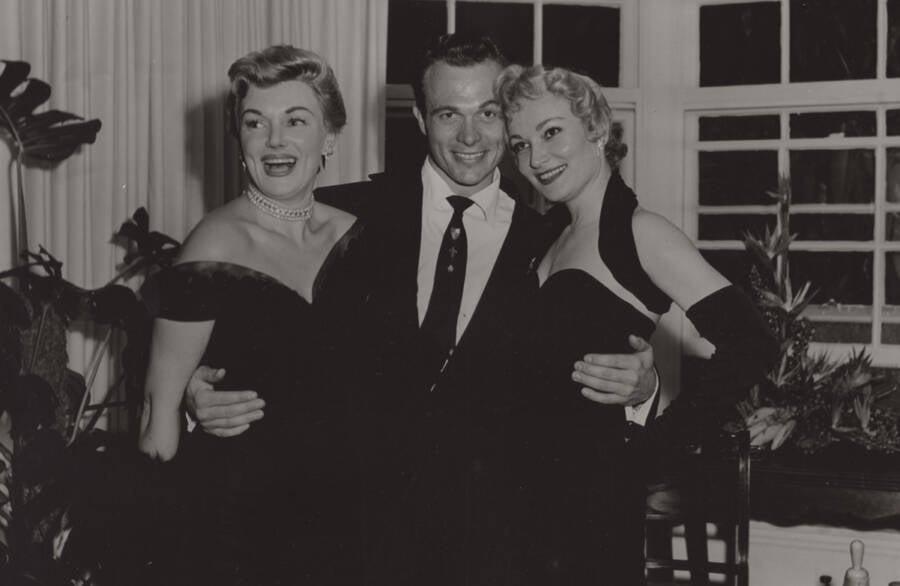 He’s been called a “gentleman hustler,” “Pimp to the Stars,” and the “Male Madame,” but to most of his friends he was simply Scotty. For some, being a trick-turner may seem like a sleazy line of work, but for Scotty Bowers, it was much more than work — it was a calling.

During Hollywood’s Golden Age, Bowers spent almost his entire adult life hooking up closeted queer celebrities, cultivating close friendships (and more) with some of the most renowned names in Hollywood history, and blazing a trail for the type of free sexuality that would make even today’s raunchiest dreamers blush.

The Person Behind The Pimp

George Albert Bowers began his life on July 1, 1923, in Ottawa, Illinois. Growing up during the Great Depression with a brother two years older and a sister two years younger, Bowers describes his childhood with bucolic nostalgia.

He even recalls their friendly neighbors fondly in the 2017 documentary Scotty And The Secret History Of Hollywood. This was despite the fact that the family’s patriarch allegedly sexually abused him on numerous occasions (though Bowers himself never characterized it as such).

At the age of 18, after hustling his way through a Midwestern childhood, Scotty Bowers enlisted in the Marine Corps, serving from 1942 to 1945. Though Bowers never really spoke about his time in the military, it was clear that the close bonds between he and his fellow Marines deeply impacted his respect for close male relationships.

He described the dark moments of his military career with a lighthearted brusqueness clouded by unmistakable distance. Upon returning home to the United States, Bowers “upgraded” himself (in his own words) to Hollywood, California. 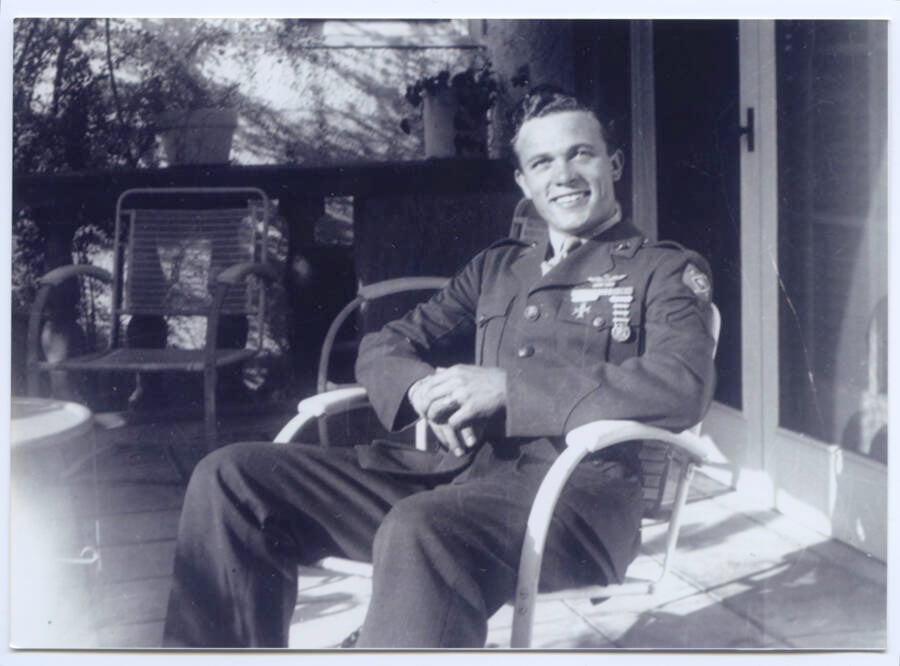 Bowers’s personal life was one of highs and lows. He describes his time hustling in the 1940s, 1950s, and 1960s as some of the happiest moments in his life, but those years of sexual freedom were interrupted by instances of intense grief.

In 1945, he lost his older brother, who died fighting in World War II. Bowers’s first marriage (through common law) dissolved due to his own frequent absences — he never could stop hustling. And though the couple had a daughter, Donna, she died at the young age of 23 after a botched abortion.

Bowers said he never took a day off “work,” claiming that he wanted to keep busy to take his mind off of unhappy things and bring other people joy. 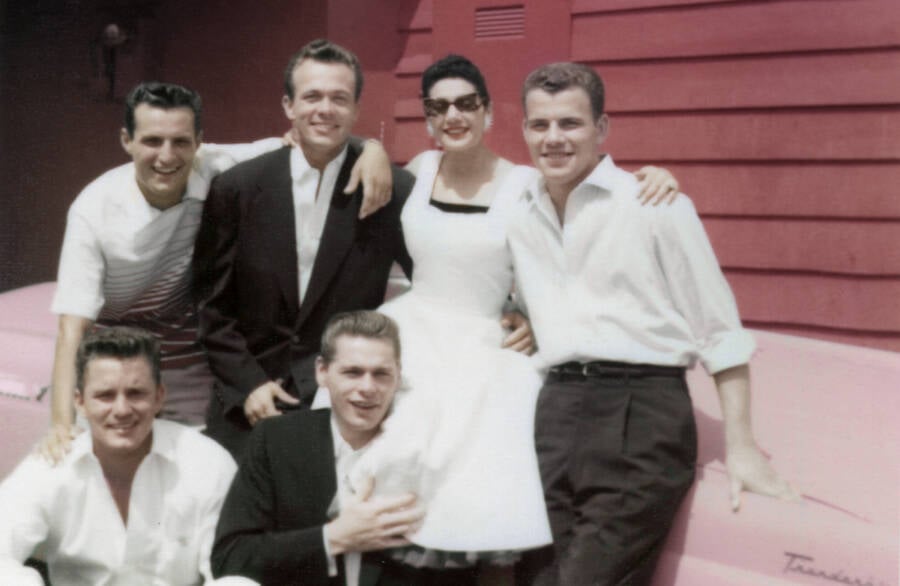 Greenwich EntertainmentScotty Bowers with some of his friends in Hollywood.

Scotty Bowers’s career as a pimp, as he told it, started at 5777 Hollywood Boulevard in 1946. It was his first day working as an attendant at a Richfield Oil gas station when Hollywood producer Walter Pidgeon stopped by his pump.

Pidgeon allegedly asked him what a handsome young man like him was doing there. He also mentioned how nice it would be to have such a man come take a dip in his pool.

Despite having no idea who Pidgeon was, Bowers said he hopped into Pidgeon’s car and — just like that — an empire of celebrity debauchery was born.

Soon enough, Bowers was “turning tricks,” all day long at the station with a crew of ex-military hunks and the occasional dame at his disposal.

He had patrons holed up in a trailer behind the station with two beds on either side and a curtain separating it right down the middle. And, as Bowers wasn’t one to miss out on any opportunity, he also staffed the bathroom stall. Additionally, the stall was decked out with a peephole hidden underneath the toilet paper for his more voyeuristic customers.

He even did house-calls, stocking some of the wildest parties of Hollywood’s heyday with nubile and willing young men and women. Like the title of his tell-all autobiography, Bowers business truly was full service. 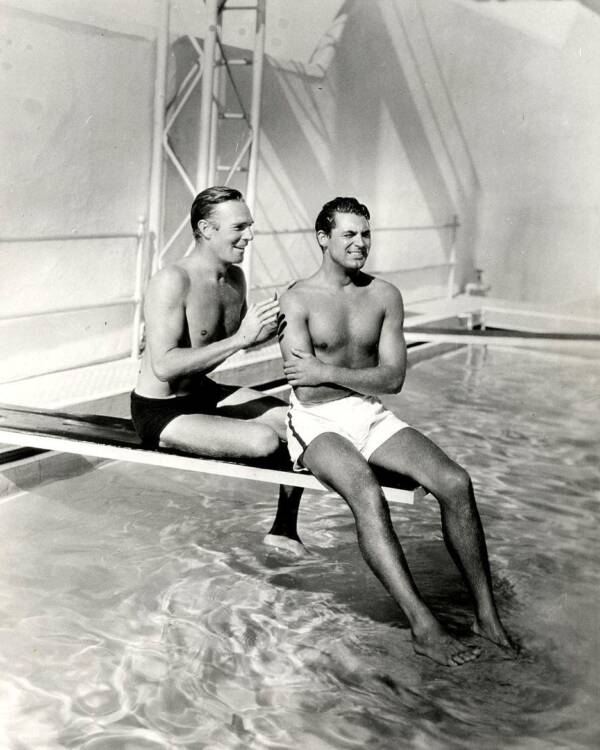 Wikimedia CommonsHollywood stars and long-rumored gay couple Cary Grant And Randolph Scott sitting on a diving board at the home they shared on-and-off for 12 years.

Bowers’ clientele surpassed even the tight circle of Hollywood royalty to include actual royalty (or at least ex-royalty): Wallis Simpson and Prince Edward, the Duke of Windsor. According to Bowers, he used to rent out a bungalow at the Beverly Hills Hotel for a week and send in men and women, two or three at a time — a young woman for her and a young man for him.

Scotty Bowers didn’t just hustle for money, he long claimed. He hustled for happiness, for himself and those around him. Money just happened to be a necessary addition to these relationships. Ultimately, Bowers was just looking to connect his friends with the right people, despite what the general public may have believed about their exploits.

At the time, many of Hollywood’s inner circles were quite aware of these sexual proclivities. However, if the American public were to find out about the trysts, the participants would be fired at best and jailed at worst. The studios didn’t care if their actors were gay, but they did care if people found out.

During its so-called golden age, Hollywood was a haven for those at the sexual margins of society. However, the introduction of the production code in the 1930s gave way to the reign of “common decency.” By the time Bowers came around, discreet queer encounters were a highly prized service — and Scotty Bowers put himself at the epicenter of it all.

The Legacy Of Scotty Bowers 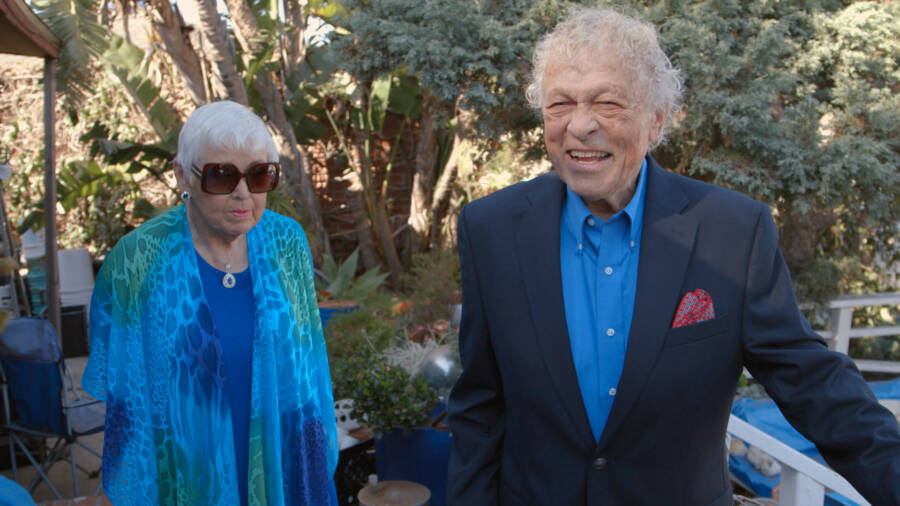 Even as a nonagenarian, Bowers’s presence had the same energy as one would imagine from a charming trick-turner in the 1950s. He was the type of man who would gleefully slice into a giant penis-shaped cake on his 90th birthday and then leave the scraps out to feed the local wildlife that night.

Some may expect that this promiscuous powerhouse would have some hint of a lecherous leer in his eyes, but Bowers recounted his colorful life story with a youthful exuberance toward even the most ribald ventures. 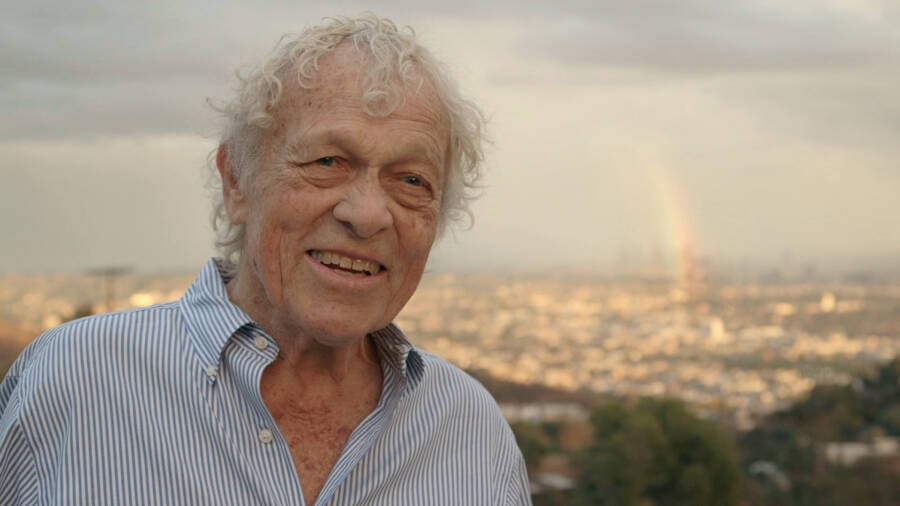 Bowers may have died on Oct. 13, 2019, but in his time on Earth, he gave people a way to live their lives as their true selves. And in his death, the world remembers him as a free-thinking sexual pioneer. Some people, upon hearing these stories, call them nonsense — slander even.

Maybe it’s easy to tell stories about other people when they’re no longer around to refute them. Or maybe Bowers simply valued the privacy of his old friends. He asserts that a lot of people at the time knew what was happening, but it was all just kept quiet for the sake of public image.

Then there are the naysayers that decry Bowers’s stories not as untrue, but simply indecent. How could he out these people as gay when their grandchildren may still be around to now hear it? To that, Bowers said, “What’s wrong with being gay?”

If you liked reading about Scotty Bowers, then you’d love to read all about the work of famed sexologist Alfred Kinsey. Then, check out this gallery of some of vintage Hollywood’s finest photos.