The True Story Of Alfred Kinsey, The Controversial Sexologist And Father Of The Sexual Revolution

Though his reports almost immediately made the New York Times' Bestsellers list, his research was very much not without its critics. 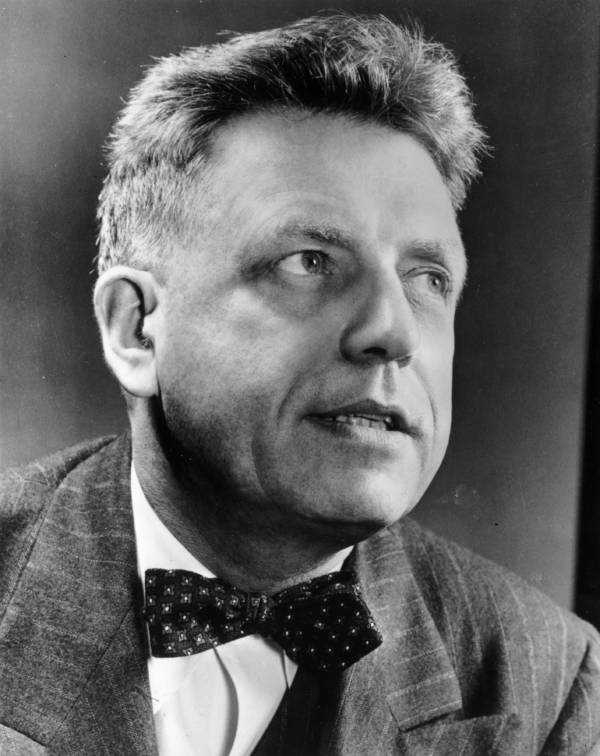 Alfred Kinsey has been hailed the “father of the sexual revolution.” For one, his open and curious attitude about sex brought the subject into the mainstream. He wrote two unprecedented and in-depth explorations of human sexuality known as the Kinsey Reports and has been credited with paving the way for the sexual liberation and gay rights movements of the 1960s and 1970s.

But how Kinsey conducted his research is often revisited for its controversy and, by some accounts, for its immorality. Indeed, there is a far darker side to Alfred Kinsey’s legacy.

Alfred Kinsey was born in Hoboken, N.J. in 1894. His father, Alfred Kinsey Sr., was a devout Protestant who taught at Steven’s Institute of Technology. The home was not an intimate one, and could perhaps have been what stirred Kinsey’s interest in sex. He expressed an interest in biology from a young age and attended nature classes at the YMCA in the summers on Lake Wawayanda in rural northwestern New Jersey. In 1911 he joined the Boy Scouts, becoming an Eagle Scout in 1913, and he excelled in the classroom and would be valedictorian of his high school.

But Kinsey Sr. was not impressed with his young son’s interests. He was a harsh and exacting man where his son was fragile and often sickly and forced Kinsey into an engineering program at Stevens. But Kinsey would last barely two years, as his disinterest in the subject made for some bad marks.

Alfred Kinsey eventually decided to risk his father’s wrath and leave Stevens for Bowdoin College in Maine where he could finally study biology. Unfortunately, he would never reconcile with his father who would later not attend his graduation in 1916. 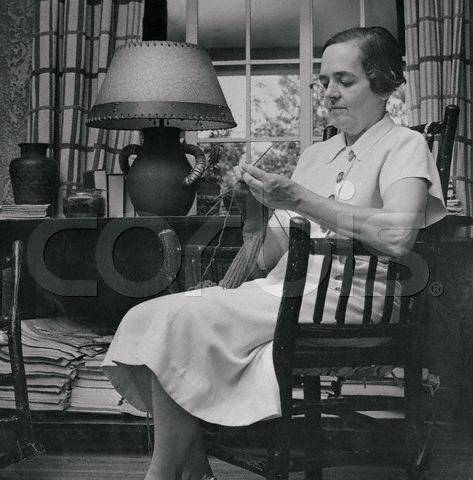 Some biographers argue that this early rebellion against his strict upbringing made the young Kinsey determined to “transform his private struggle against Victorian morality into a public crusade.”

After getting his Ph.D. in biology at Harvard, Kinsey became an assistant professor of zoology at Indiana University where he studied gall wasps. It was also here where he met Clara McMillen, a graduate student in chemistry. Obviously smitten, Kinsey proposed to her some two months later and they were married in June 1921.

But by the time Kinsey had met and married his wife, he was inexperienced as far as love goes. He had not dated before Clara nor had he had sex, and Kinsey had allegedly even questioned his own sexuality. In fact, when it came time for the couple to consummate, they struggled. But both being scientists, they did their research to determine how to be better partners. The two thus became a great source of sexual information for the inexperienced and ignorant students at the university, and it was during this time that Kinsey struck out on a new path.

Kinsey’s opportunity to solidify his newfound passion came in 1937 when a campus crusade against sex education so enraged him that he formed his own counter organization. His group sought to combat the religious campaign through science and he began to teach a noncredited course entitled “Marriage and Family” at the University. In its first year, 70 women and 28 men enrolled in the course. Within two years, the course attendance was over 400. 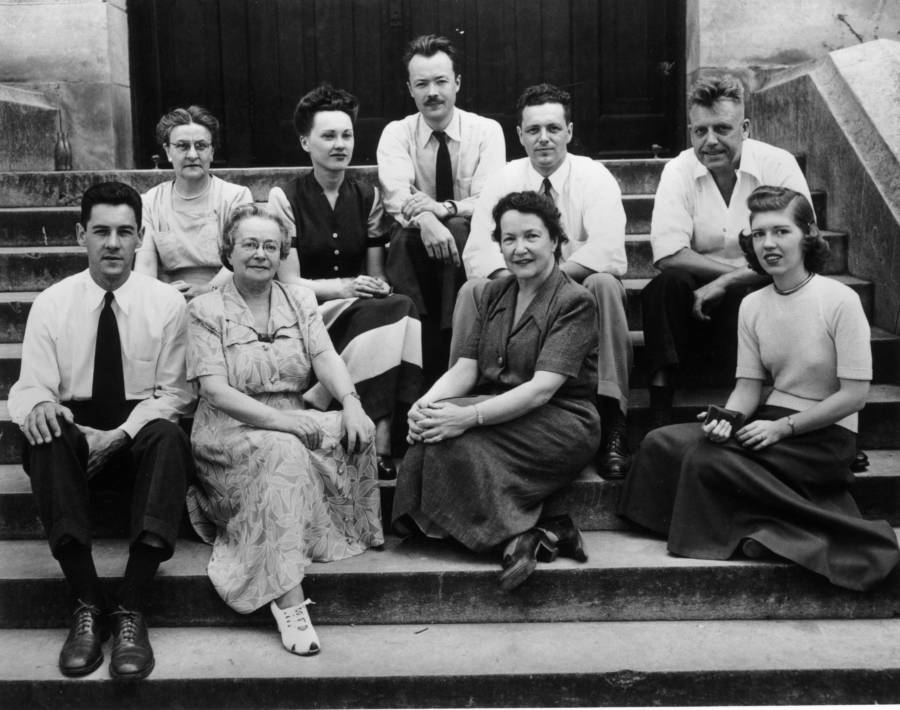 Keystone Features/Getty ImagesThe staff of the department of sexology at Indiana University. Departmental head, Alfred Charles Kinsey is on the far right in the back row, June 1952.

Kinsey was galled by his community’s prudishness. “If Americans were not so inhibited,” Kinsey once stated to his class, “a 12-year-old would know most of the biology which I will have to give you in formal lectures as seniors and graduate students.”

But it was not enough for Alfred Kinsey to discuss the scientific basis around sex, he wanted also to prove and to illustrate it, so he began to collect data on his students’ sexual histories. He did this by requiring that each of his students meet with him for one-on-one conferences to pose personal questions they may not want to discuss in class. Kinsey then recorded the responses in a code only he could understand with the intention to distill a comprehensive record of human sexuality.

He also went into cities where he interviewed prostitutes, open homosexuals, criminals, and more. Meanwhile, the University in partnership with the Rockefeller Foundation established The Institute for Sex Research in 1947, of which Kinsey was the director.

Alfred Kinsey ultimately collected around 5,300 “sex histories” from his subjects which he published in the first of his two-book series known as the Kinsey Reports, the explosive 1948 Sexual Behavior in the Human Male. 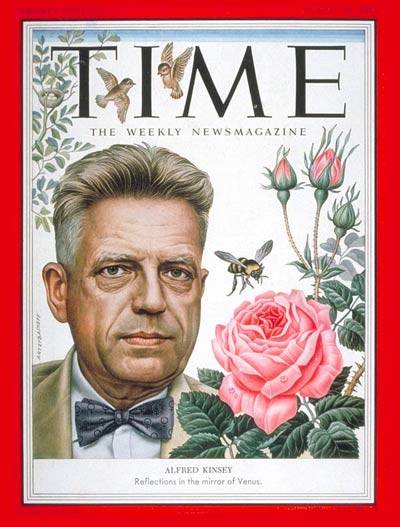 The reports made the astounding claim that “perhaps the major portion” of men have had or will have at least some kind of homosexual experience in their lifetime. Kinsey posited also that “60 percent” of teenaged boys have had some kind of “homosexual activities.” The book also introduced the “Heterosexual-Homosexual Rating Scale” which is now usually referred to as “The Kinsey Scale.” The spectrum ranks people on a scale of 0 — exclusively heterosexual — to 6 — exclusively homosexual.

Kinsey declared that one of his goals was simply to show that “nearly all the so-called sexual perversions fall within the range of biological normality,” or that no matter what sexual urge one may experience, this is natural, normal, and acceptable. He further asserted this claim with 1953’s Sexual Behavior in the Human Female, which was also so successful that Kinsey made the cover of Time that year. But with this attention came great criticism.

His critics, among them the famous evangelist Billy Graham, tried to defame him, “It is impossible to estimate the damage this book will do to the already deteriorating morals of America,” Graham said. Later that same year, Kinsey’s funding for the institute was pulled. 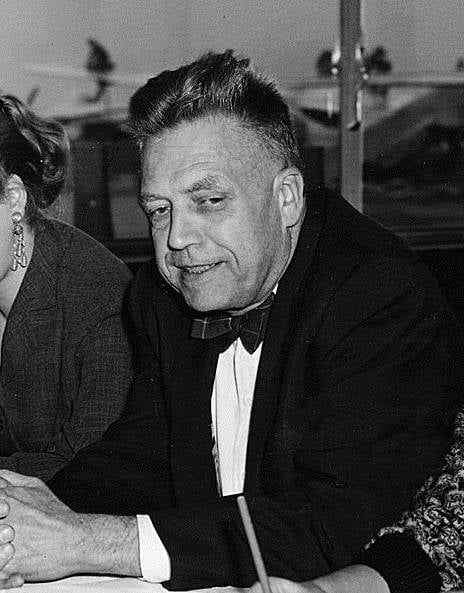 Wikimedia CommonsKinsey at a press conference in 1955.

Upon his death in 1956, Kinsey’s work had brought the discussion of sexuality into the mainstream. He seemed to have also prepared society for the sexual revolutions and human rights campaigns of the upcoming decades. He maintained a loving relationship with his wife and had four children of his own.

Despite this, Alfred Kinsey’s legacy is very much not without its controversies. 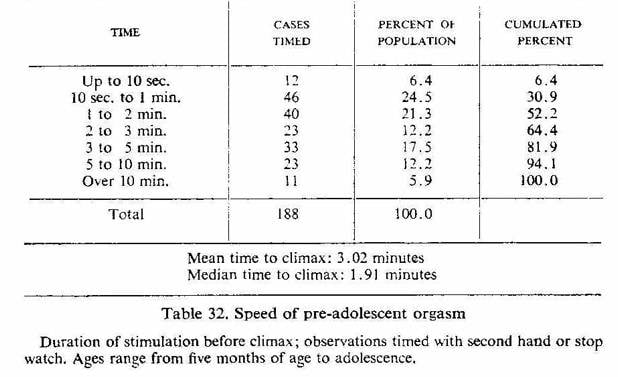 Although Kinsey has often been hailed as the “father of the sexual revolution,” it was not just religious voices who sought to defame him. Statisticians have pointed out that these subjects were not representative of the “population at large” and leaned towards people who were “sexually active and adventurous.” In other words, Kinsey’s research was in part biased.

Kinsey himself was certainly biased in favor of sexual activity, having once declared “there are only three kinds of sexual abnormalities: abstinence, celibacy, and delayed marriage.”

But how professional Kinsey was throughout his research is also often brought to question. He allegedly encouraged his research associates to engage in sexual activity with each other and pressured students and team members alike to engage in that activity with him. Kinsey’s assistant, Clyde Martin, even engaged in a sexual relationship with his wife.

Kinsey kept recorded video and image evidence of sexual intercourse between subjects, assistants, and friends. Some of these he even participated in. He collected erotica from around that world which was deemed illegal by the U.S. Customs Service.

“In a sort of way he was ruthless,” one biographer of Kinsey, Jonathan Gathorne-Hardy, speculated. “And one could almost go as far as to say immoral, at least not conventionally moral. If someone had sexual information that was germane, Kinsey would use it.”

Indeed, Kinsey went so far as to research sexual stimulation in children as young as five months old.

One of the subjects he interviewed for Sexual Behavior in the Human Male was a 63-year-old pedophile named Rex King who had attempted “to bring to orgasm boys between the ages of 2 months and 15 years.” It only recently emerged that this data around sexuality in children came from one single man in Kinsey’s research, rather than from the several that Kinsey had initially claimed.

By shielding King in this way, Kinsey may have enabled him.

Although people disagree over whether he was a fearless pioneer or a sex-crazed “junk scientist,” Kinsey and his discoveries are unlikely to disappear from history any time soon.

After this look at the father of the ever-controversial Kinsey Reports, Alfred Kinsey, read about Emma Darwin, the famed scientist’s incestuous bride. Then, check out this study which claims to have found the average of sexual partners a person has in their lifetime.