Timothy Cunningham went home sick from his job at the Center for Disease Control and Prevention in Atlanta on Feb. 12, 2018. He's now been missing for two weeks. 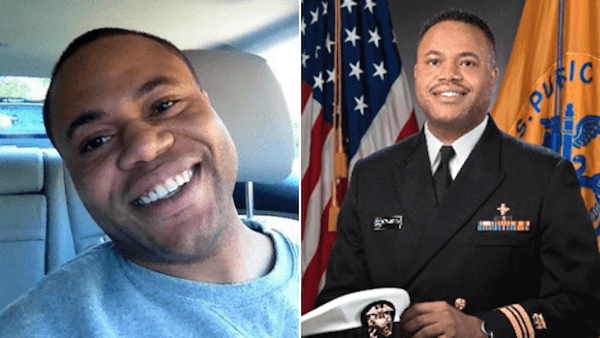 “Love you. I’ll talk to you later.” That’s what Tiara Cunningham and her brother, Timothy J. Cunningham, last said to each other before hanging up the phone on Feb. 12, 2018. As it turned out, those were the last words any family member would say to Timothy Cunnigham. He went missing that same day and has still not been found, two weeks later.

Timothy J. Cunningham, 35, works in Atlanta as an employee for the Centers for Disease Control and Prevention (CDC). He went to work on the day he went missing, but coworkers said he left early after not feeling well. He hasn’t been heard from since.

In conjunction with Crime Stoppers of Greater Atlanta, the CDC announced a $10,000 reward to anyone with information that could lead to a potential arrest or indictment.

A statement put out by the agency described Cunningham as “a highly respected member of our CDC family.”

Cunningham has two degrees from Harvard’s School of Public Health and was reportedly promoted in July to a commander in the United States Public Health Service. Friends and co-workers alike have noted his reliability.

While the disappearance is out of character for Cunningham, his family did report that he had been acting strangely before the disappearance. “There were some exchanges via phone as well as text that alerted me to be concerned about our son,” said his father, Terrell Cunningham.

Tiara Cunningham, who lives in North Carolina, noted that her brother was her best friend and that they spoke multiple times a day. Without going into further details, she also said that he didn’t sound like himself on the day he went missing.

Timothy Cunningham’s parents, who live in Maryland, grew worried by the unreturned messages and had extended family who lived closer to him check on his Atlanta home. Aside from open windows, the place seemed empty.

This caused his parents to drive to their son’s home themselves, where they entered the house using a spare key. Inside, they found his keys, wallet, phone, and car. His dog, Mr. Bojangles, was there too. Terrell Cunningham said that that was alarming as he never leaves his dog unattended.

A police-led search is now underway. Timothy Cunningham’s network of family and friends have been scouring Atlanta, specifically near areas where he lived and worked. They are also canvassing and flyering the local area.

His friends and family are planning on continuing the search for as long as necessary.

“Tim, if you see any of this information please know that you can come back home,” said Tia-Juana Cunningham, Timothy’s mother. “We love and miss you. We just want you back in our arms.”

Anyone with information is advised to call 911 or the Atlanta Police Homicide/Adult Missing Persons Unit at (404)546-4235.

Read about the skier who went missing in New York and turned up in California, still in his ski outfit. Then read about the rescued owl who hugs the man who saved her life.