Sir Thomas More was a devout Catholic and a civil servant to King Henry in the sixteenth century. And during that time, it was hard to be all those things and not get beheaded. 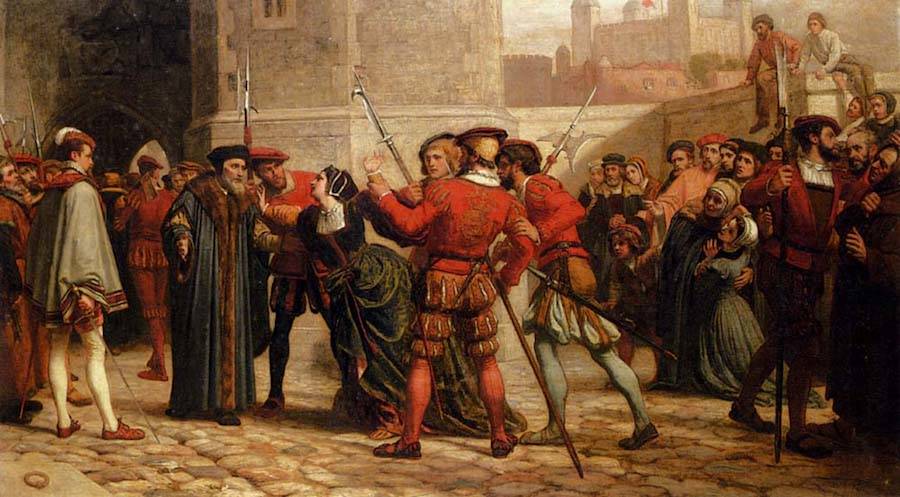 =”900″ height=”497″ />Wikimedia CommonDepiction of Thomas More with his daughter after his sentencing.

Sir Thomas More was many things: a prominent philosopher, writer, lawyer, and one of King Henry VIII’s most trusted friends and counselors. He was a Catholic, but a humanist as well.

He was also found guilty of treason by King Henry, leading to an execution sentence carried out in the form of a beheading.

Sir Thomas More was born in London on February 7, 1478. He went on to study at Oxford and had received enough education to become a lawyer. Instead, in 1517 he entered the king’s service. This was after he spent time grappling with the decision of either becoming a monk or devoting himself to civil service work.

Thick as thieves, More and the king continued to establish a close relationship, with More rising up in the ranks. He was knighted in 1521, became speaker of the House of Commons in 1523, and earned the title of Chancellor of the Duchy of Lancaster.

Alas, the honeymoon period could only last so long.

King Henry was married to Catherine of Aragon but had reportedly developed an infatuation with the alluring Anne Boleyn. (Spoiler: that wouldn’t work out as well. He would go on to behead her too just three years later.)

Trouble started brewing when King Henry wanted to divorce Catherine of Aragon. He used the Bible to try to persuade More that the marriage was never valid since Catherine was originally his brother’s wife, thus it was against God’s law from the start.

With his roots in law and philosophy, More was a logical thinker and could not share the king’s viewpoint. He was also a venerated Catholic and saw the divorce as anti-Catholic.

In 1532, More resigned from the House of Commons. His reasoning: “poor health.”

Though More’s failure to appear at the coronation of Anne Boleyn in June 1533 might have indicated that he was faking sick.

Meanwhile, multifaceted as he was, Sir Thomas Moore was always dabbling in his other interests. One such interest was writing. His most notable work was Utopia, written in 1516. It was a socio-political satire that was about a political system made from imaginary ideals. It’s where the term utopian society comes from today, in which policies are governed by reason.

More gave his daughters the same formal education his son received. A practice that was not common in his time. 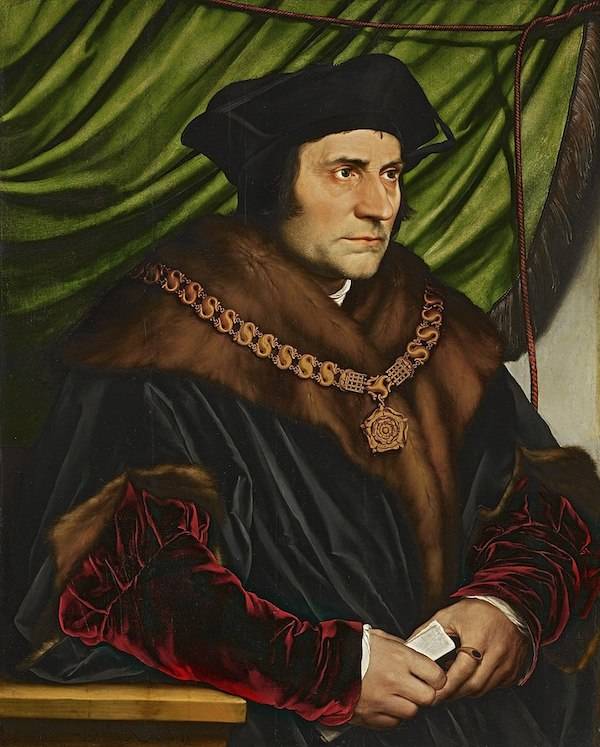 He was a man of principles and considered a Renaissance humanist, with a focus on a personal code of beliefs even if they contradicted or conflicted with previous ideologies.

Things only got worse when King Henry enacted a law in 1534 declaring him supreme ruler of the world over everyone, including the pope. Part of the law required all citizens to accept this by taking an oath called the Oath of Supremacy.

Thomas More’s principles didn’t bode well with this. He thought to accept the king as head of the Church would be to undervalue the pope. He said no to the oath.

On April 17, 1534, in the Tower of London, King Henry cited treason in Thomas More’s refusal to take the oath.

Even after his sentencing, Sir Thomas More was given the option of taking the oath and receiving a pardon. But he did no such thing.

His final words were: “I die the King’s good servant, and God’s first.”

Sir Thomas More’s execution underscored the tyranny that King Henry would later become well known for. In regards to his own reputation, Thomas More was seen as courageous and canonized as a saint by the Catholic Church in 1935.

Now you might enjoy reading about five times Mother Teresa did more harm than good. Then, read about the six craziest popes in the history of the Catholic Church.