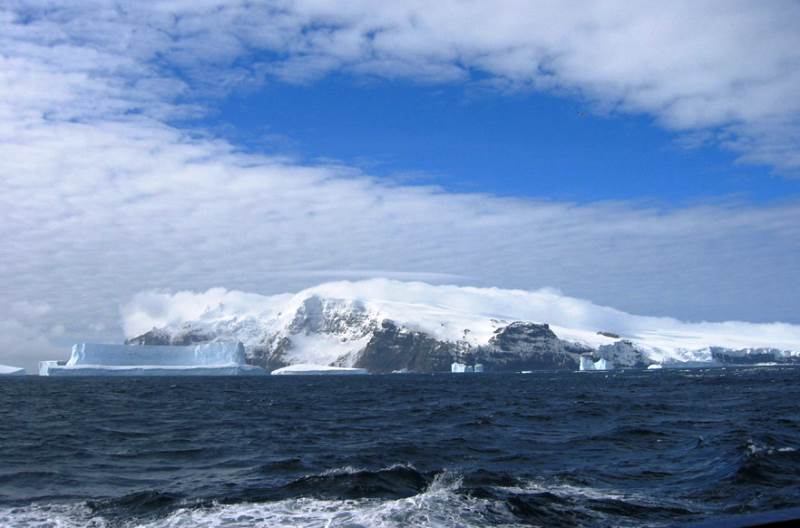 If there is a middle of nowhere, it is Bouvet Island, a 19-square mile piece of uninhabited and glacier-covered land in the South Atlantic. It is the world’s most remote island (and probably the creepiest of Earth’s tiny islands), nearly 1,000 miles from another swath of land (a sector of Antarctica called Queen Maud Land). The island is 1,400 miles from the nearest inhabited landmass (Tristan da Cunha, another remote island) and 1,600 miles from South Africa — roughly the distance from Paris to Moscow.

Originally discovered in 1739 by Norwegian explorer Jean Baptiste Charles Bouvet de Lozier, the island is a wasteland of rocks and ice that lacks all vegetation aside from the occasional lichen or moss. Since 1929, it’s been a territory of Norway, and in 1977, an automated weather monitoring station was built on the island. But the island’s biggest oddity came to light in 1964, when a boat was discovered on the island without explanation. 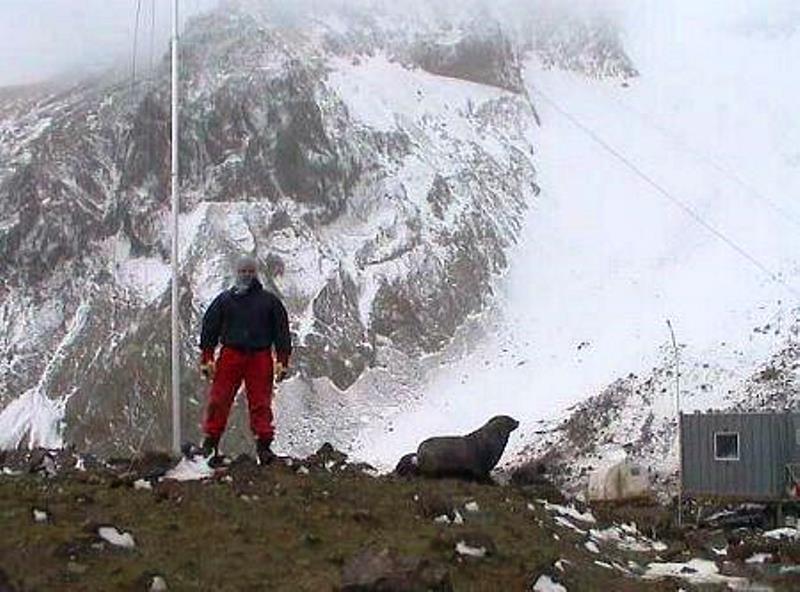 With Norway’s permission, the South African government was investigating the construction of a manned station on the island and set out to see if there was enough flat land space on Bouvet Island to meet their needs. It didn’t.

But in April of 1964, South African officials returned to finish their study of the newer parts of the island — and found a mystery. A boat, marooned on the island, with a pair of oars a few hundred yards away, lay in a lagoon within the new land mass. The boat lacked any identifying markings and, although there was some evidence that people were on the boat, no human remains were found. 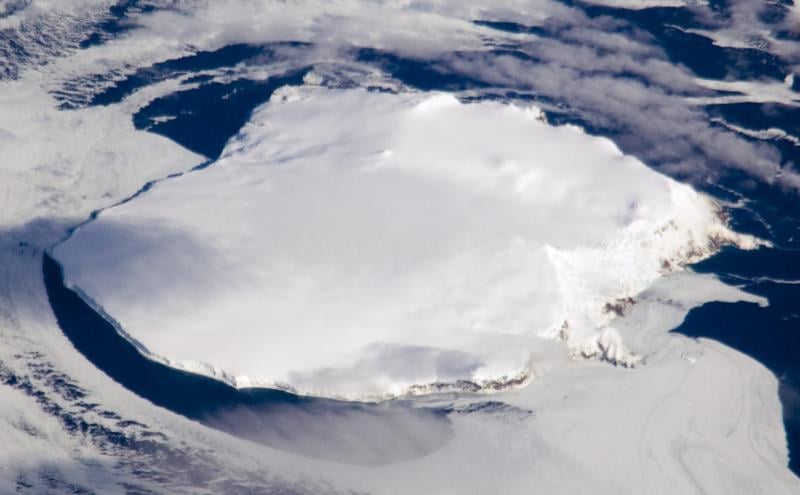 The open questions are numerous. Why was a boat anywhere near the area — quite literally, in the middle of nowhere? Who was on the boat? How did they get there — over a thousand miles from civilization — with nothing more than a pair of oars? And what happened to the crew? The answers are few and far between, as noted by London historian Mike Dash, who took an in-depth look at the question, but came away with nothing even approaching a concrete answer.

Given the remoteness of Bouvet Island and its inhospitable landscape, the identity of the boat and its potential crew has gone mostly unexplored for a half-century. And much like the story of the island itself, the boat’s identity will likely remain a mystery. 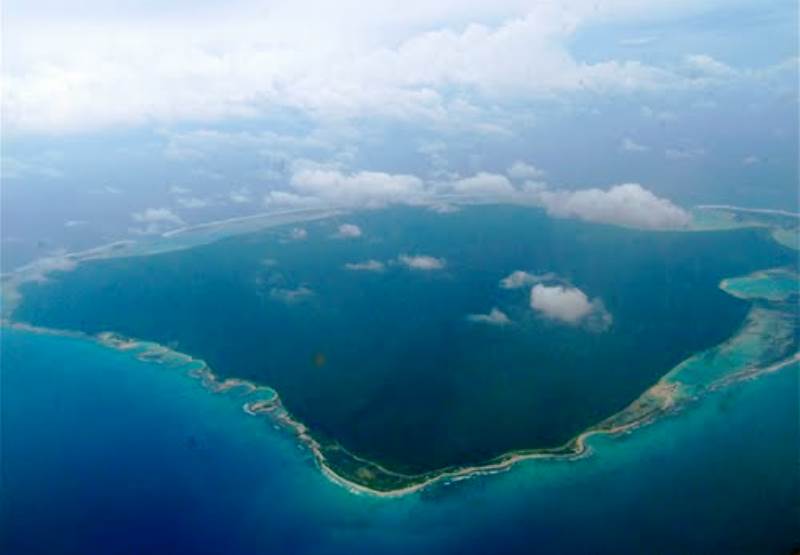 Comprising the eastern shore of India and the shores of Bangladesh and Myanmar, the Bay of Bengal is no stranger to legend. Located within the bay is the Indian-controlled North Sentinel Island, which is little more than a dot of land yet one of Earth’s most interesting tiny islands.

Between 50 and 400 people are estimated to live on North Sentinel Island. These people, known as the Sentinelese, are perhaps the most isolated people in the world and are believed to be pre-Neolithic — literally, technologically in the Stone Age. By and large, the Sentinelese have gone without contact from outsiders for centuries if not millennia — in part because the Sentinelese do not take kindly to visitors. 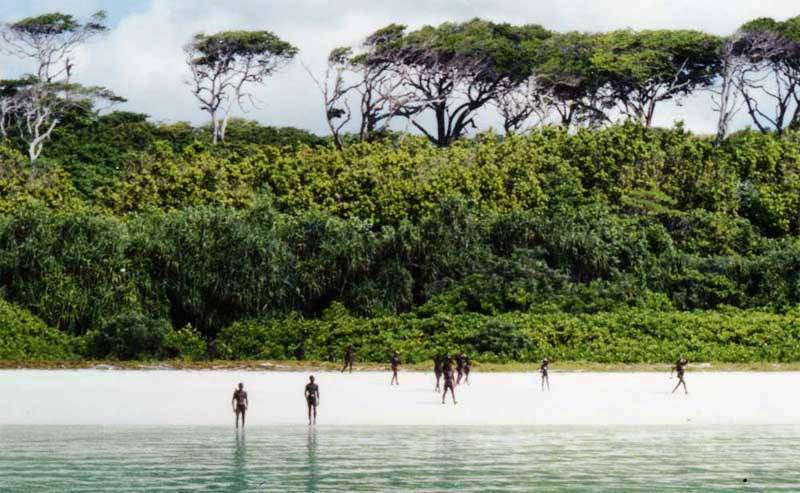 In 1967, Indian authorities began their first meaningful attempt to engage the Sentinelese by leaving coconuts as gifts on the island’s shores. While some progress was made over the course of a few decades, the quality and quantity of contact was minimal at best.

Seven years later, anthropologist Trilokinath Pandit and a film crew attempted to woo the Sentinelese into friendly contact with gifts, such as fruit, a pig, some toys, and pots and pans.

The result was not positive: a film director was shot in the thigh with an arrow. In the 1990s, India cut off its permission for these anthropological endeavors, citing risks seen in contacting other indigenous tribes as well as the fear of introducing diseases from mainland India to the Sentinelese people, whose physiologies almost certainly would be ill-prepared to combat.

More recent events strongly buttress that the Sentinelese support this decision to cut off hopes of contact. In 2006, a pair of fishermen were plying their trade, illegally, off North Sentinel Island’s shore. Sentinelese archers killed the fishermen. When a helicopter came to recover the bodies, the helicopter too was met with a hail of arrows, and retreated before fulfilling its mission. 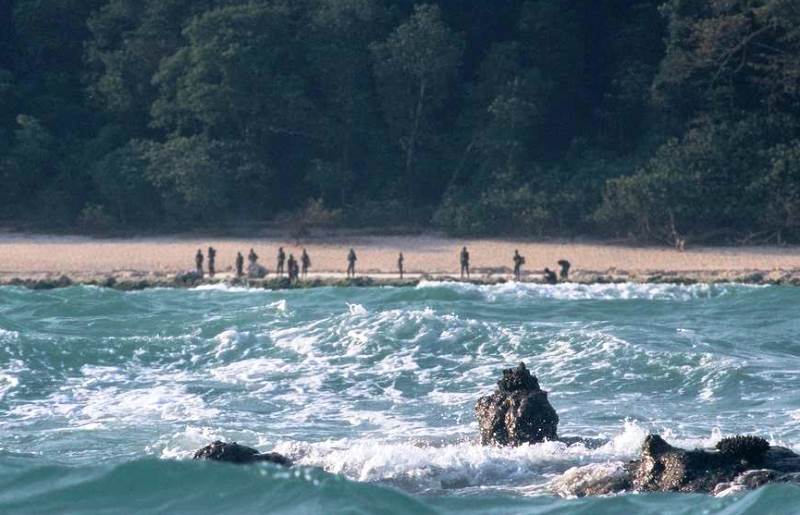 What do we know about the Sentinelese? Understandably, very little. They live in huts and are hunter-gatherers, employing the use of javelins, bows and arrows and harpoons. They speak a language unique to them (also called, by outsiders, “Sentinelese”) which we have no way of translating. The Sentinelese appear to use pig skulls as ornaments of some sort and have used red dye in both clothing and what is best guessed to be decoration.

And that, unfortunately, is all we may ever learn. As India has given up almost all hope of spurring further contact with the Sentinelese, these people are considered autonomous and, in a very real sense, the most isolated people on the planet. It seems like a matter of time before they and their culture die off, becoming a footnote in history.

On the other hand, the Sentinelese are resilient — some estimate that they have lived on North Sentinel Island for 60,000 years, and in any event, the Sentinelese somehow survived the Indian Ocean tsunami of 2004 (which probably hit the island).

If you enjoyed this article about tiny islands, check out our articles on bizarre ocean creatures and the world’s most bizarre landscapes! Then, check out six of the most remote places on planet Earth.