Open only to first-class passengers, the Titanic's gym offered some of the best workout equipment of the 1910s — until it went down with the ship.

When the RMS Titanic first set sail on April 10, 1912, many saw the vessel as a technological marvel — and the epitome of luxury. Not only was the Titanic the largest ship in the world at that time, but it also boasted several impressive amenities, including a magnificent gym.

Here, first-class passengers could stay fit for a small fee and use some of the most cutting-edge workout machines of the era. And that’s exactly what they did — until tragedy struck the ship just four days into its voyage.

Inside The Luxurious Gym Of The RMS Titanic 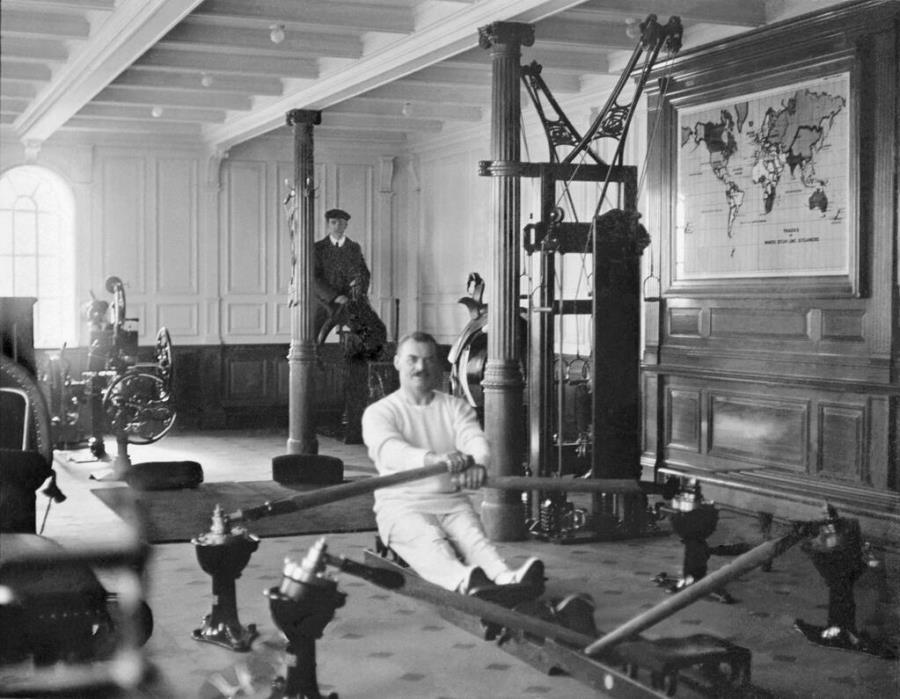 The Bridgeman Art LibraryA passenger works out in the Titanic gym.

On the Titanic, first-class passengers often indulged in rich meals of lamb, oysters, foie gras, and French ice cream. If patrons wanted to work off all of that decadence, they could simply head over to the Titanic’s gym.

The gymnasium was located on the vessel’s Boat Deck, near the famous Grand Staircase. The room featured several pieces of exercise equipment, such as stationary bikes, rowing machines, punchbags, and weights.

One popular machine was the “electric camel,” which mimicked the gait of a real camel and was said to be “good for the liver.” But if it was occupied, patrons could always opt for a ride on the electric horse instead.

Though first-class passengers had already paid top dollar for their voyage, they were also charged a small fee in order to use the Titanic gym. Anyone watching their waistline had to pay one shilling per session. 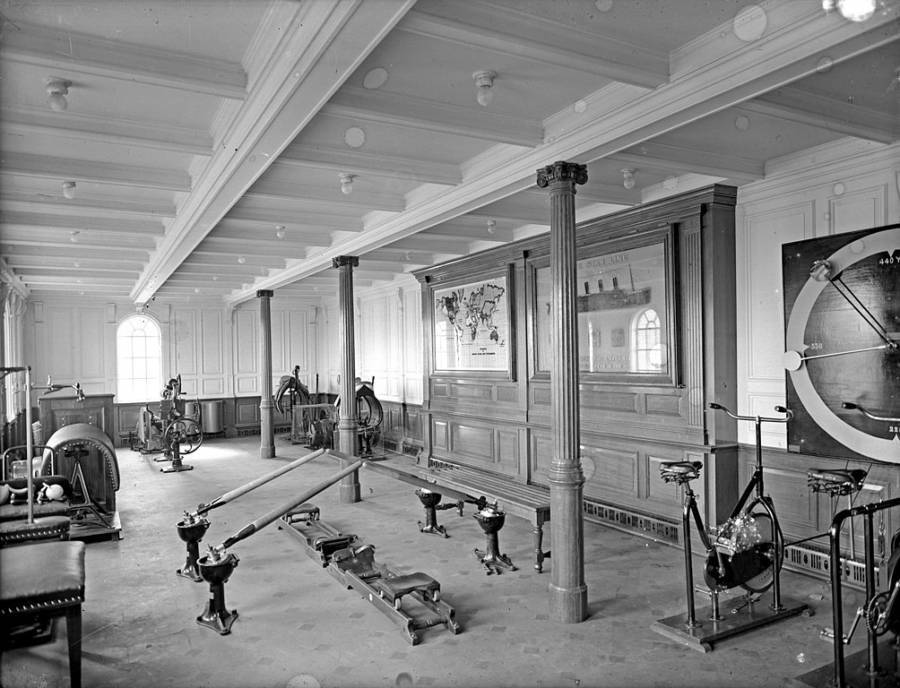 There, they exercised under the eye of the ship’s physical educator, Thomas McCauley. One survivor described McCauley as “a ruddy-cheeked, spry little man” who was clearly devoted to his job. At his posting, McCauley oversaw Titanic gym activities and helped people use the machines.

McCauley may have also enforced the gym’s rules — like the different hours for men and women. The Titanic gym was only open to women from 9 a.m. to noon, and men could only use it from 2 p.m. to 6 p.m.

From April 10th to April 14th, customers enjoyed the Titanic gym along with other amenities, like squash courts, an indoor swimming pool, and Turkish baths. But after the ship struck an iceberg at 11:40 p.m. on April 14th, some frightened passengers gathered in the gym for the very last time.

When The Gym Went Down With The Ship 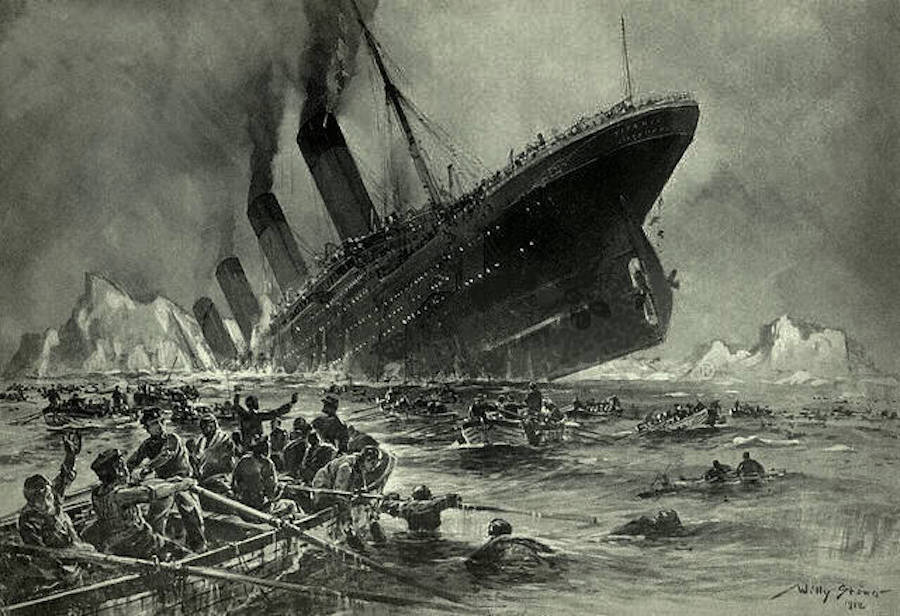 One of the first-class passengers who went to the Titanic gym as the ship sank was a young man named Richard Norris Williams. Richard had initially boarded the ship with his father, Charles, in Cherbourg, France.

After the ship collided with the iceberg, Richard and Charles moved toward the upper decks to see what was going on. Along the way, they ran into a distressed passenger who was trapped inside a locked cabin. Richard broke down the door with his shoulder, rescuing the person inside. (This irritated a steward, who threatened to report him for the damage to the door.)

Since it was cold outside, Richard and Charles decided to go inside the Titanic gym to stay warm while they could. They found other passengers there, along with McCauley. As Richard and Charles pedaled stationary bikes to keep warm, McCauley said that he wouldn’t use a life jacket if the ship went under. He believed it would slow him down as he swam.

But nothing could slow the sinking. As Richard and Charles prepared to abandon the vessel, Richard watched in horror as a huge ship smokestack suddenly fell on his father, crushing him to death. Richard barely escaped with his life after he jumped into the water and swam to a lifeboat.

That night, Richard Norris Williams became one of the 706 Titanic survivors. He was also one of the last people to see the ship’s gym. But of course, that was the last thing on his mind as the vessel went down. 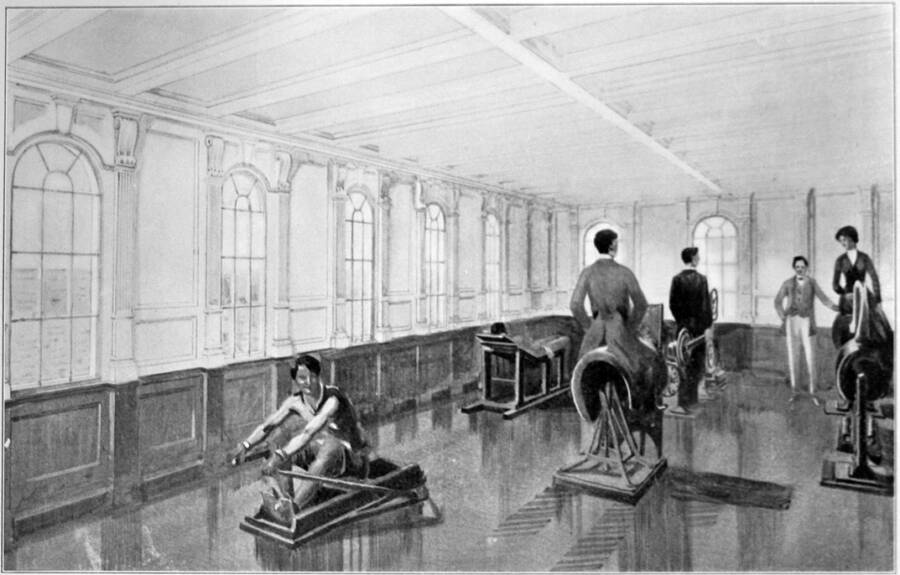 “I turned towards the ship. It was an extraordinary sight,” Richard Norris Williams later wrote. “As the bow went under, the stern lifted higher and higher into the air, then pivoted and swung slowly over my head. Had it come down then I would have been crushed.”

“Looking straight up I saw the three propellers and the rudder distinctly outlined against the clear sky. She slid into the ocean. No suction. No noise.”

Others who waited out the sinking in the Titanic gym were not so lucky. McCauley — who reportedly remained at his posting until the very end — ultimately went down with the ship. In all, about 1,500 people died that night.

Today, the Titanic gym makes up a small piece of the ship’s colossal legacy. But it hasn’t been forgotten. There are even plans afoot to build a new ship inspired by the doomed vessel — Titanic II — with amenities included.

The new ship will reportedly look a lot like the original one, but it will also come equipped with modern navigation systems and safety features. And there will still be a gym — electric camels and all.