After Michel And Edmond Navratil made it off the doomed ship, they were all alone. But their story was far from over. 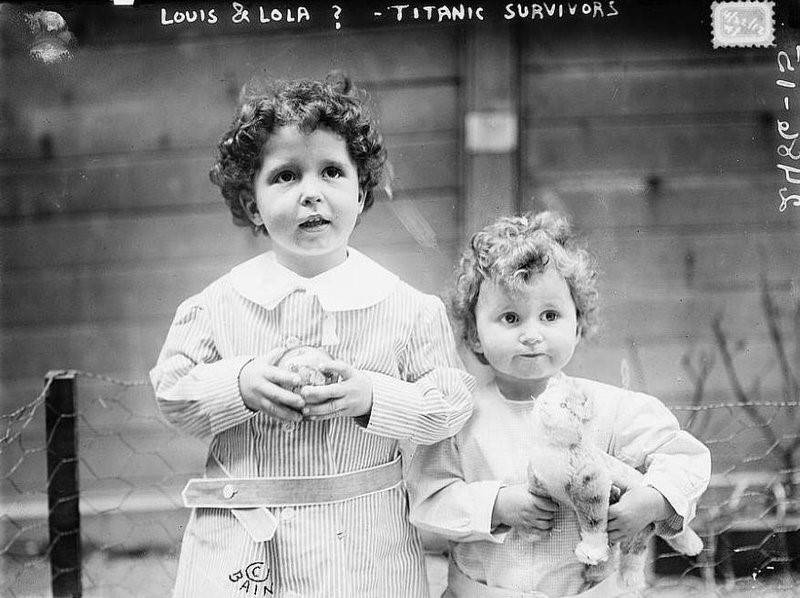 Library of CongressMichel (right) and Edmond Navratil in April 1912, just after the Titanic sank and before they were identified and retrieved by their mother.

From the start, Michel Navratil Sr.’s story stood out from the thousands of others about European immigrants who dreamt of a better life in America. In the midst of a divorce from his wife — who had been given custody of their two children, Michel and Edmond — Michel Navratil Sr. decided the time was ripe for a new beginning.

Having been allowed by their mother, Marcelle, to take the two boys (aged four and two years at the time) during Easter break, Navratil Sr. seized this opportunity to abscond with his sons and head to the New World.

Despite all of this intrigue, the Navratils’ story might still have been lost in the annals of history had the ship that the unfortunate father chose for his daring escape not been the Titanic.

Registered as second-class passengers under false names to avoid being tracked by the French police, the Navratils at first experienced what Michel Jr. later recalled as an enjoyable journey: “I remember looking down the length of the hull – the ship looked splendid. My brother and I played on the forward deck and were thrilled to be there.”

The fateful night that the doomed ship struck an iceberg, Navratil Sr. entered his cabin with another unidentified man, and together they carried the two tiny boys down to the lifeboats.

The children got a last glimpse of their father as he dropped them into the lifeboat: Michel Navratil Sr. perished in the icy waters and his two surviving sons were the only children rescued from the ship without a parent or guardian.

In the frenzy following the disaster, Michel Jr. and Edmond became something of a media sensation. They stayed temporarily in the home of another survivor, Margaret Hays, on the Upper West Side of Manhattan, while the authorities attempted to track down their relatives.

Because the boys, dubbed the “Titanic orphans,” spoke no English and had been traveling under false names (“Louis” and “Lola”), tracking down relatives proved to be a rather difficult task. A newspaper article from 1912 describes how the children responded to any question from the French Consul with a simple “oui,” as they were more interested in playing with the new toy boats they had (perhaps insensitively) been given. 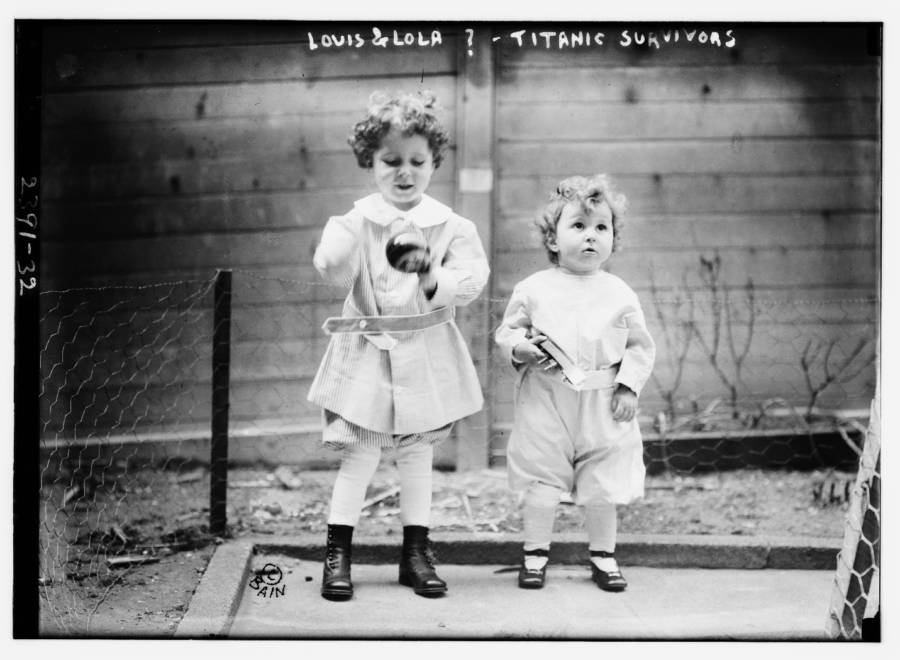 Library of CongressMichel and Edmond Navratil, pictured with the latter holding a toy boat.

That same newspaper article also contained insight via Hays father upon another element of the Titanic tragedy. When asked by the reporter whether the boys’ could be fully identified by tracking the tickets their father had purchased, he replied, “I have never travelled second cabin or steerage, so I don’t know anything about such matters.”

This comment illustrates the tragedy’s underlying class divide, and its connection to the Navratils’ story. The survival rates between the different classes of passengers aboard the Titanic was drastically different, with 201 out of the 324 first-class travelers surviving, while only 181 of the 708 third-class travelers made it off the ship alive. Michel Jr. realized they had been exceedingly lucky, later stating, “There were vast differences of people’s wealth on the ship, and I realised later that if we hadn’t been in second-class, we’d have died.”

The newspaper articles about the boys, which also contained photographs, would play a key role in eventually determining their true identities.

Meanwhile, across the Atlantic, Marcelle was frantically searching for her sons. At this point, she realized that Michel Sr. had disappeared with their children, although she had no idea they had been aboard the ill-fated ship.

As the newspaper stories began to make their way to Europe, Marcelle spotted one of the articles containing a photograph of her sons and was able to confirm their identities with the authorities in America. After a long, but decidedly less dramatic trip, across the Atlantic, Marcelle was at last reunited with her children in New York. 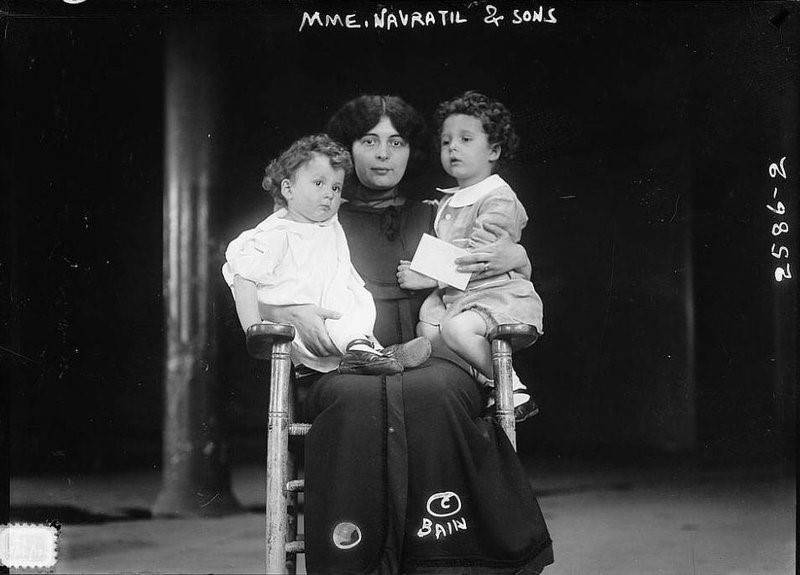 Library of CongressThe Navratil brothers reunited with their mother.

The family sailed back to France, where the famed “Titanic orphans” would spend the rest of their days. Michel lived to be the oldest surviving male of the infamous shipwreck, while his brother Edmond passed away in 1953.

Nevertheless, the story of their survival and reunion with their mother was one happy ending amongst the hundreds of sad tales from the Titanic.

After reading about the Navratil brothers, famous for being the Titanic orphans, see some of the most haunting Titanic photos and Titanic facts.