This Day In History, March 26th

What happened on this day in history: Martin Luther King Jr. and Malcolm X meet for the first time, Heaven's Gate cult members are found dead from a mass suicide, and more.

German composer Ludwig van Beethoven dies at the age of 56, potentially from the effects of lead poisoning or liver failure from heavy alcohol consumption. He had fallen ill several months prior with symptoms like jaundice, swollen limbs, and breathing difficulties. A friend who was present at the time of the musician’s death noted that there was a clap of thunder, and “Beethoven opened his eyes, lifted his right hand and looked up for several seconds with his fist clenched… not another breath, not a heartbeat more.”

American poet Robert Frost is born in San Francisco. Frost published his first poem in his high school’s magazine as a teenager, and at the age of 20, he first sold a poem to a newspaper. He published his first book of poetry, called A Boy’s Will, while living in England in 1912, but it wasn’t until 1924 that he became widely known after winning his first Pulitzer Prize. To this day, perhaps his most famous work is the poem “The Road Not Taken.” 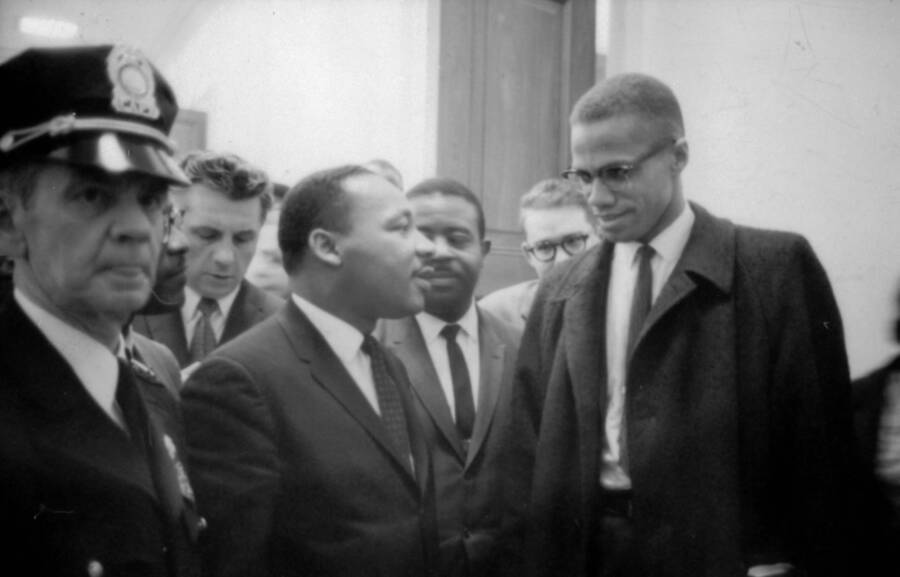 Universal History Archive/Getty ImagesThough Malcolm X and Martin Luther King Jr. were two of the most renowned Black leaders of the 1960s, they only met one time.

Civil rights leaders Martin Luther King Jr. and Malcolm X briefly meet in Washington, D.C. for the first and only time. Though the two men had similar goals, they disagreed on how to achieve them.

King believe in a peaceful approach to achieving civil rights, but Malcolm X referred to him as “a 20th-century Uncle Tom” because he thought King was too accommodating to white people. Meanwhile, King disagreed with Malcolm X’s approach to achieve equality “by any means necessary,” once writing that it could “reap nothing but grief.” 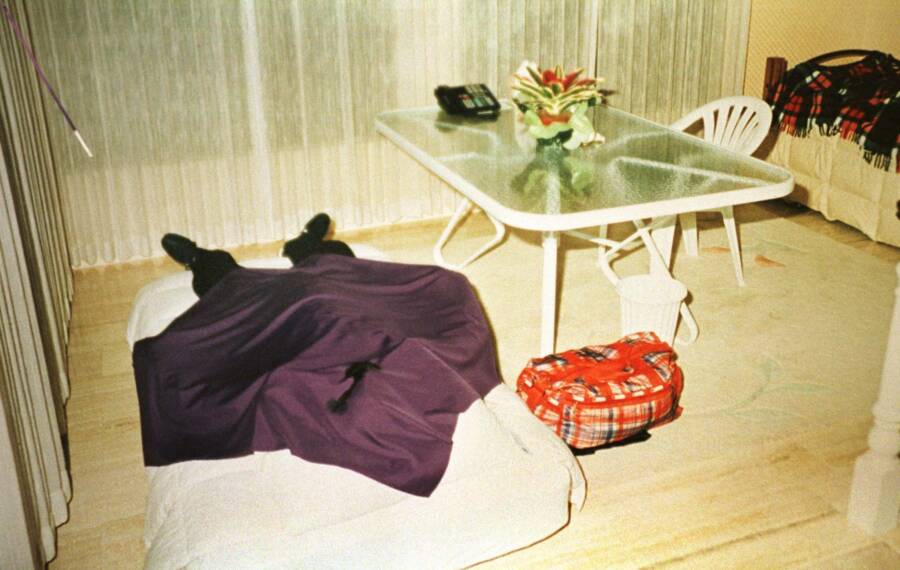 David McNew/Getty ImagesOne of the 39 members of the Heaven’s Gate religious group who committed suicide in their Rancho Santa Fe, California mansion in 1997.

Police in San Diego come across 39 members of the Heaven’s Gate cult who died by mass suicide inside a mansion in the wealthy suburb of Rancho Santa Fe. All of the victims were wearing matching clothing and shoes, and there were no traces of trauma.

They later discovered that the cult leader, Marshall Applewhite, had convinced his followers to drink a mixture of phenobarbital and vodka after telling them that an alien spacecraft was hidden behind the approaching Hale-Bopp comet and would carry them into a higher existence if they went through with the suicide.