The Story Of Marshall Applewhite, The Unhinged Cult Leader Who Orchestrated A Mass Poisoning

As founder of the California-based Heaven's Gate cult, Marshall Applewhite and 38 of his followers died by suicide in March 1997 to ascend to an Earth-saving spaceship.

On March 21, 1997, 39 members of the Heaven’s Gate cult sat down for a final meal together. As they dined, the Hale-Bopp Comet blazed in the sky, which the cult’s leader Marshall Applewhite claimed would offer them all an escape from the planet.

The meal, at a Marie Callender’s chain restaurant, caught the eye of waiters as each member of the party ordered the same thing: a turkey pot pie with iced tea, followed by cheesecake with blueberries. 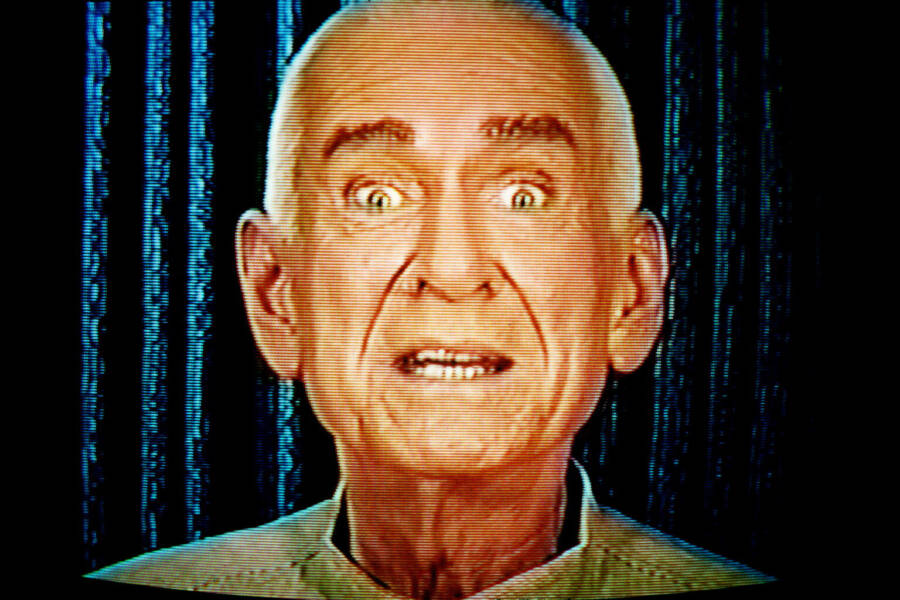 Brooks Kraft LLC/Sygma via Getty ImagesOne of the final videos left by Heaven’s Gate leader Marshall Applewhite before his suicide.

Days later, with the comet reaching its closest point to Earth, Applewhite told his followers to die by suicide – and they did. But who was Marshall Applewhite, and how did he orchestrate the second largest mass suicide in United States history?

As a child, Marshall Herff Applewhite Jr. led an unremarkable life. Born in Spur, Texas on May 17, 1931, Applewhite attended Austin College, married, and served in the Army for two years.

From an early age, Applewhite had a knack for public speaking. He also had a rich baritone and an ear for opera. After a failed stint as an actor in New York City, Applewhite took a job teaching at the University of Alabama, but he lost his position there after having a sexual relationship with a male student.

Later, he became head of the music department at a Houston college.

“He was usually president of everything,” said Applewhite’s sister Louise. “He was always a born leader and very charismatic. He could get people to believe anything.”

In the late 1960s, Applewhite’s life began to unravel. After divorcing his wife, Applewhite suddenly left his job, citing emotional distress. And then Applewhite met Bonnie Lu Nettles, a nurse with a spiritual mission.

Nettles convinced Applewhite that they were prophets mentioned in the Book of Revelations. They concluded that earthly laws did not apply to them, and they set off on a cross-country, law-breaking mission. In 1974, authorities arrested the couple for credit card fraud. Later, Applewhite drove off with a rental car and never returned it. 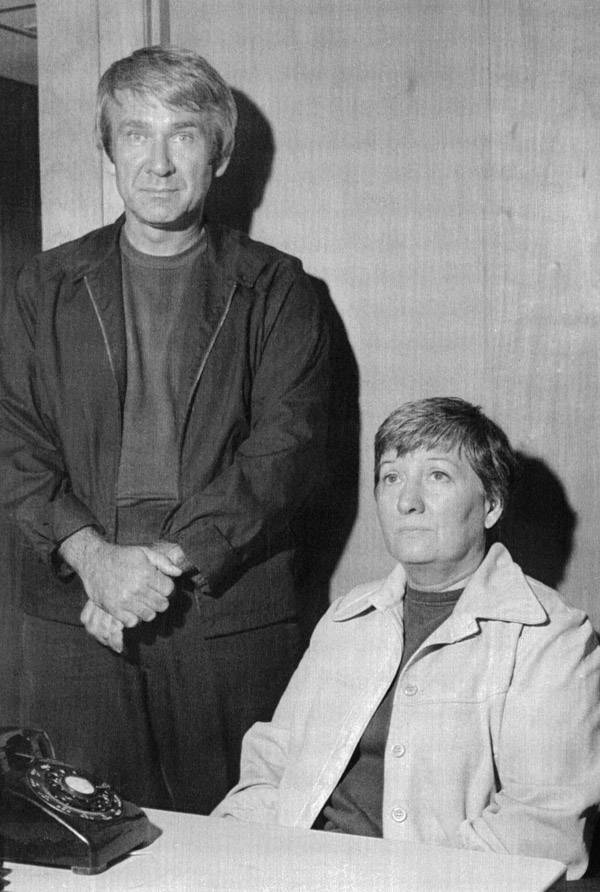 The crimes landed Applewhite in prison for six months, but while incarcerated, his ideas only evolved. Humans were trapped on the earthly level, Applewhite decided, and it was his mission to help others to ascend to the “next level.”

Applewhite believed the “next level” was a physical place in space – a sort of heaven in the skies.

Once released from prison, Applewhite and Nettles began recruiting followers. A UFO would appear in the skies, the prophets declared, to take them all to the next level.

Becoming The Prophet Of The Heaven’s Gate Cult

By 1975, Marshall Applewhite had attracted 20 followers. He directed those followers to travel the country, under the radar, and recruit new members.

The movement slowly grew, eventually reaching a size of 200 members. Applewhite and Nettles culled the followers until only the most loyal remained.

Human nature was corrupted, Applewhite preached. As they traveled from state to state, Applewhite and his recruits followed strict rules. Sex was prohibited, as were drinking and smoking. Members cut their hair and donned baggy clothes to appear genderless.

Applewhite also castrated himself. He encouraged his male followers to consider castration, and many went through with the procedure. 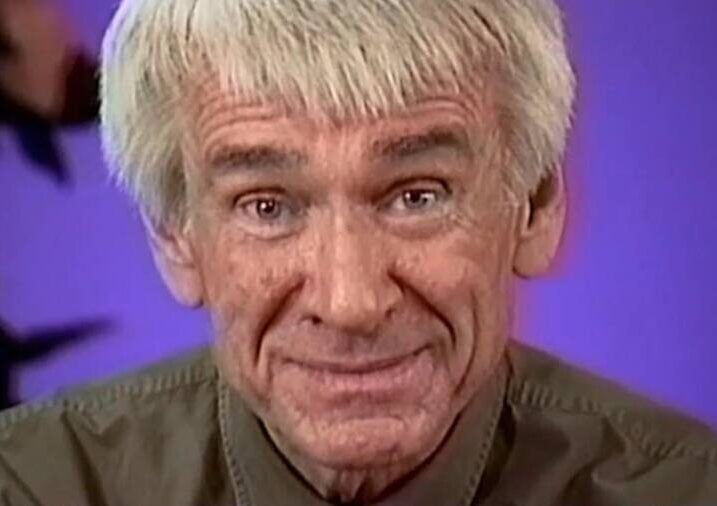 “A member of the next kingdom finds favor with one who is willing to endure all of the necessary growing pains of weaning himself totally from his human condition,” preached Marshall Applewhite.

Then, in 1985, Nettles died from cancer. Having lost his prophetic partner, Applewhite refused to give up. He declared the end of the Earth was near. Followers made videos warning of the “last call” to exit the planet.

“We were seekers of what was going on, why were we here, what’s the purpose of life,” explained Robert Rubin, an ex-member of the cult.

In 1993, the group even took out an ad in USA Today. It promised, “‘UFO Cult’ Resurfaces with Final Offer.” 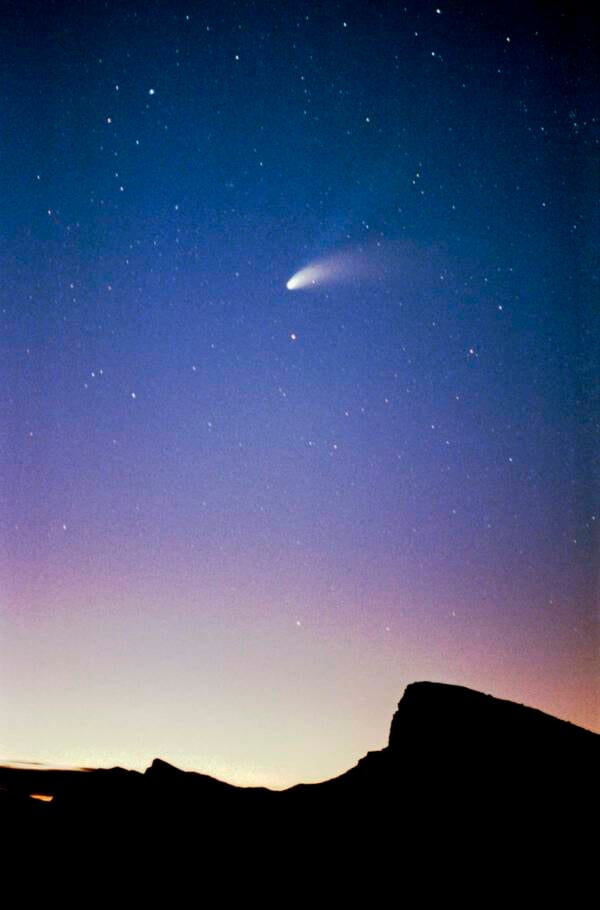 Wikimedia CommonsThe Hale-Bopp comet, as it appeared in the skies over Death Valley, California in spring 1997.

Two years later, Marshall Applewhite eagerly read about the Hale-Bopp comet. He decided that it was the heavenly UFO that his cult needed to ascend to the next level. Hale-Bopp was the “last chance to evacuate Earth before it’s recycled,” he told his followers. He then began preparing them all to “ascend.”

But this wouldn’t be the cult’s first attempt to leave the planet. In the late 1980s, the cult members bought a houseboat in Galveston, Texas, and waited for aliens to take them away. But then the boom of the internet gave Applewhite a new recruitment tool. Members built a website and convinced people from across the country to leave their lives behind and join the cult.

Then, in 1997, the cult made its final preparations to leave the Earth. Under Applewhite’s leadership, they planned to die by suicide in order to ascend to the heavens.

The Mass Suicide Under The Hale-Bopp Comet

The Heaven’s Gate mass suicide did not take place all at once. Members took shifts, cleaning up after the previous group before killing themselves. 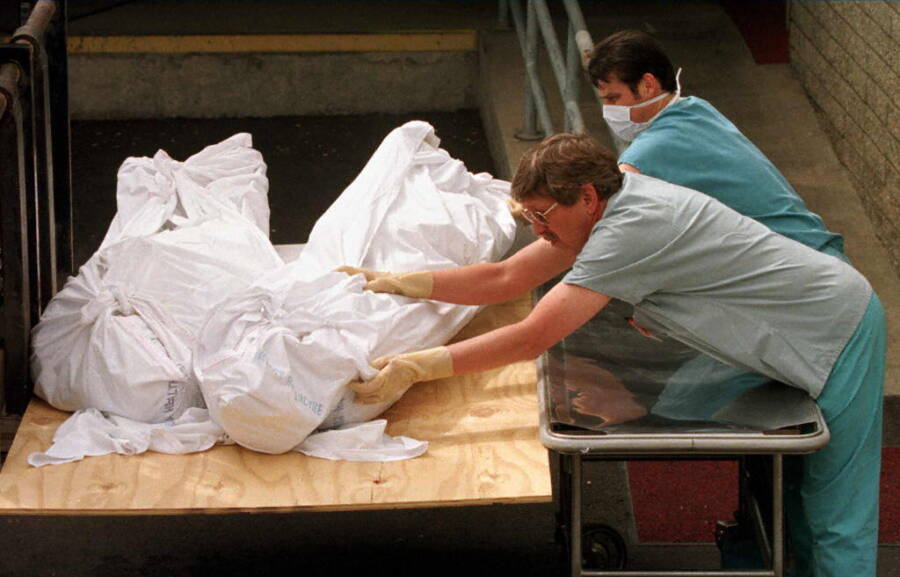 Before they died by eating applesauce poisoned with a lethal dose of sedatives, each member of the cult left behind a video statement. In giddy tones, they explained how they would ascend to a spaceship hiding in the shadow of the Hale-Bopp comet.

“It’s just the happiest day of my life,” said one follower. “Thirty-nine to Beam Up,” said another.

For his final message, Marshall Applewhite stared into the camera and cautioned, “Your only chance to evacuate is to leave with us. Planet Earth is about to be recycled.”

A few days later, on March 26, 1997, authorities discovered the bodies of 39 cult members inside a rental house in Rancho Santa Fe, California, all wrapped in purple with bags placed over their heads. They were all wearing identical Nike Decades sneakers.

Two members gave up their spots on the spaceship to stay behind and run the group’s website. “The information must be available to mankind, in preparation for their return,” the anonymous admins later explained. “We don’t know when that will be, but those who are interested will find the information.”

The organization is believed to persist today, with the original theories of Heaven’s Gate cult leader Marshall Applewhite still at the foundation of the group.

After this look at Heaven’s Gate leader Marshall Applewhite, learn about more disturbing cult leaders like him. Then, see what life inside famous cults was like.