The Life Of Stede Bonnet, The Gentleman Who Became A Pirate On A Whim

While Stede Bonnet is featured in the comedy series "Our Flag Means Death," the 18th-century Barbadian pirate lived a much wilder life than the show portrays. 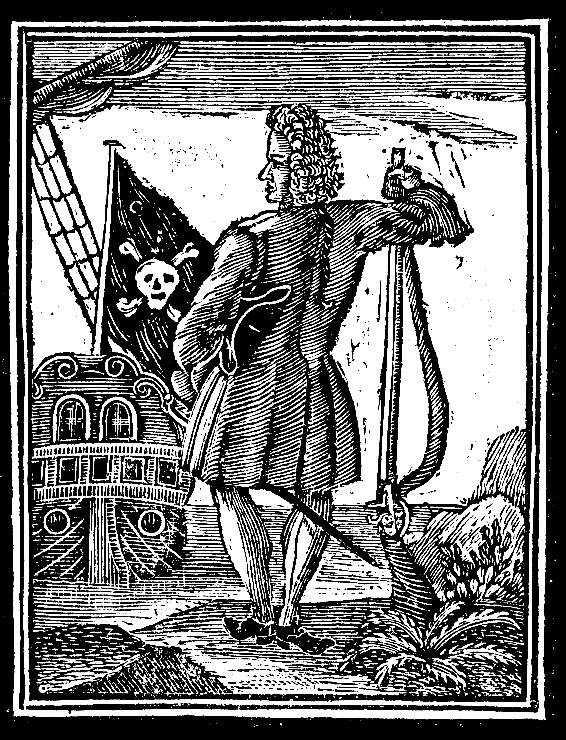 Charles Johnson/Wikimedia CommonsA depiction of Stede Bonnet made less than a decade after Bonnet’s death.

The life of a gentleman was not always easy in the 18th century. Luxuries like a verdant plantation, voluminous libraries, and silk jackets lined with lace were not enough for Stede Bonnet. And in 1717, the landowning gentleman gave up everything for the life of a pirate.

But Stede Bonnet quickly learned that piracy required very different skills from those cultivated by a gentleman. Bloody battles, a failed pirate apprenticeship, and double-crossings all cut Bonnet’s career as a pirate short.

A Gentleman Becomes A Pirate

In the Golden Age of Piracy, the promise of freedom was a siren song for Stede Bonnet.

Born in 1689 in Barbados, Bonnet grew up surrounded by advantages. He became a major in the army and owned a sugar plantation. He married and had four children. Then, Bonnet walked away from his respectable life to become a pirate. 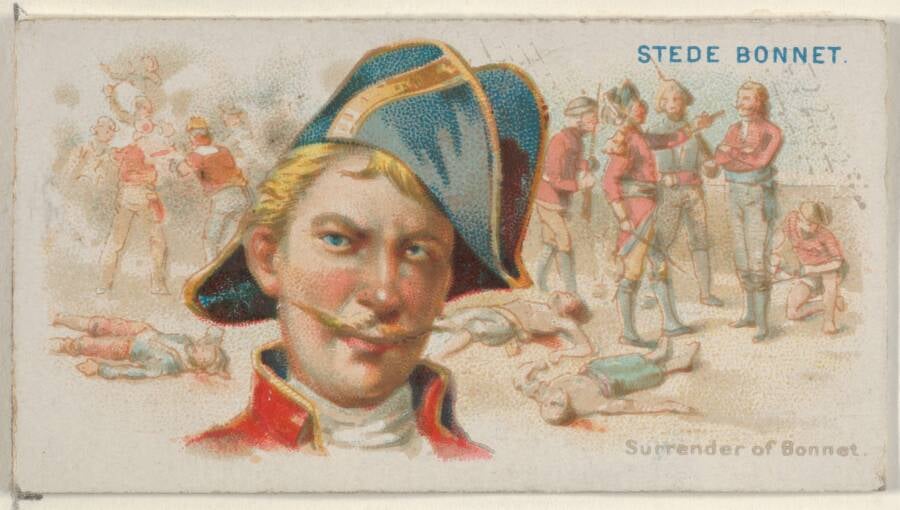 Allen & Ginter/Metropolitan Museum of ArtAn 1888 depiction of the surrender of Stede Bonnet.

What caused Bonnet’s turn to piracy? At the time, contemporaries blamed “some discomforts he found in the married state,” according to Smithsonian. Others have speculated that a mid-life crisis sent Bonnet to sea.

Whatever drove him, in 1717 Bonnet borrowed a sum equivalent to $400,000 in today’s dollars. Instead of investing the money in his plantation, Bonnet purchased a ship and 10 cannons. He then hired 70 men – without telling the crew his intentions – and set off.

Once at sea, Bonnet revealed his plan. He declared the ship’s name – the Revenge – and told the crew they were pirates. Anyone who disagreed would be left behind on a deserted island.

There was one problem with Stede Bonnet’s plan. He’d only ever been a passenger on a ship. With no training in navigation and no idea how to be a pirate, Bonnet quickly found himself in over his head.

Fortunately, piracy was relatively straightforward in the 1710s. A pirate ship could simply raise its flag in the vicinity of a merchant vessel, blast a warning cannon shot, and seize the ship’s cargo. 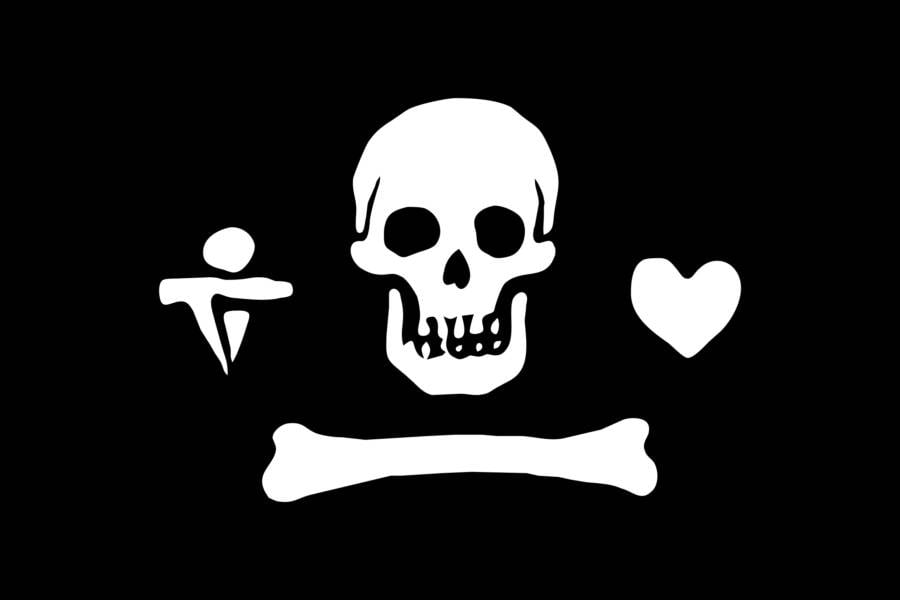 Wikimedia CommonsStede Bonnet’s flag showed a skull over a single bone, flanked by a dagger and a heart.

In spite of early successes, Bonnet and his crew did not find much treasure at sea. Instead, they mainly seized cloth, raw material, and ammunition that they traded for money.

The Revenge sailed up and down the Atlantic coast – until Bonnet made a costly mistake. A few months into his pirate journey, Bonnet aimed his sights on a Spanish man-of-war. Outmanned and outgunned, Bonnet lost half his crew and sustained an injury.

Bonnet and his remaining crew limped to Nassau, a pirate haven. There, he met none other than Blackbeard, the most fearsome pirate of the Golden Age of Piracy. 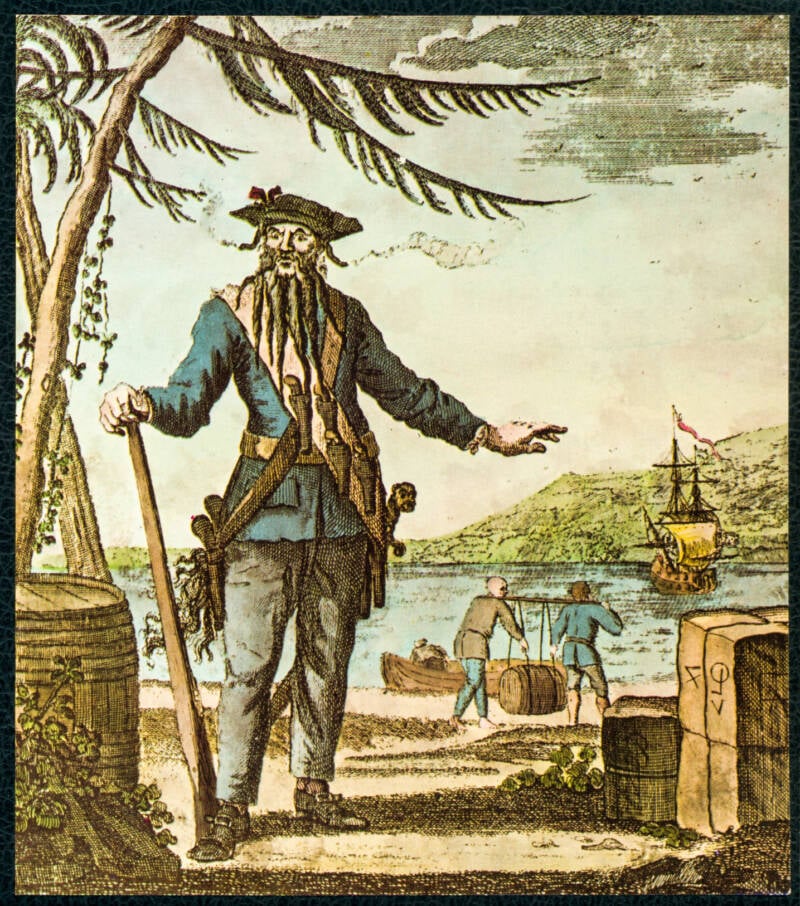 The Gentleman Pirate and Blackbeard had a complicated relationship. When Stede Bonnet arrived in Nassau in the fall of 1717, he had recently lost half his crew in an ill-fated sea battle.

It was clear to Blackbeard, the more experienced pirate, that Bonnet had no idea what he was doing. The two came to an arrangement – Blackbeard would become captain of the Revenge and Bonnet would become his apprentice.

As Blackbeard’s apprentice, Bonnet watched the pirate seize dozens of ships and blockade the city of Charleston. According to one sighting, Bonnet walked the deck of Blackbeard’s ship “in his morning gown” and devoted his days “to his books, of which he had a good library aboard.”

But the mentor soon double-crossed his loyal apprentice.

In the summer of 1718, King George promised a pardon for pirates who surrendered. Blackbeard was curious – but he wasn’t going to risk his new flotilla. So he sent Bonnet to negotiate with North Carolina’s governor.

As soon as Bonnet left, Blackbeard looted the Revenge and stranded Bonnet’s crew on a deserted island.

When Bonnet learned of Blackbeard’s treachery, he once again became captain of the Revenge and vowed to track down Blackbeard. But the clever pirate stayed one step ahead of Bonnet.

The Capture Of Stede Bonnet 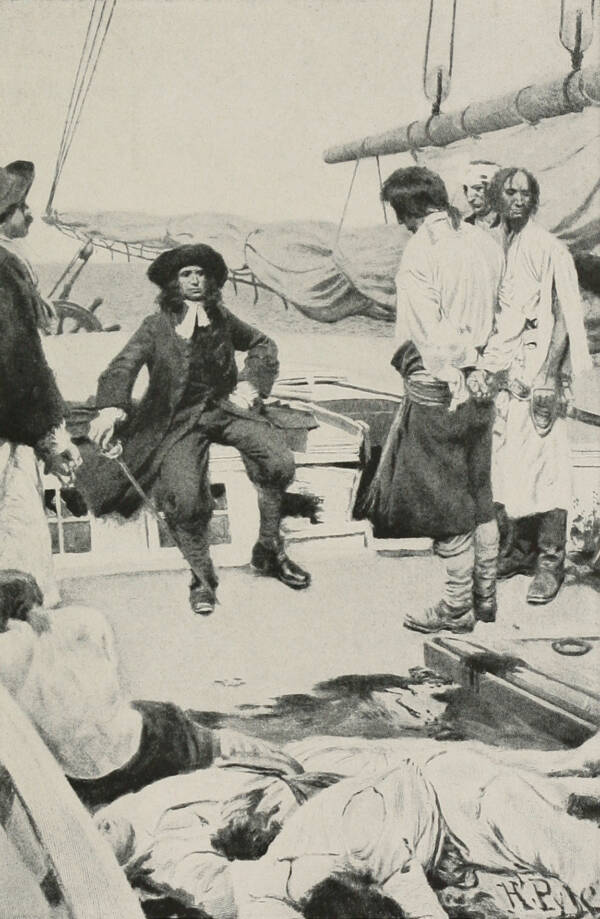 Howard Pyle/Wikimedia CommonsStede Bonnet aboard the Revenge during a sea battle.

Piracy was a capital crime in the 18th century. And colonial powers wanted to stamp out pirates like Stede Bonnet.

Off the coast of South Carolina, Colonel William Rhett hunted pirates with orders from the governor. And in 1718, Rhett spotted Bonnet’s ship and gave chase.

Trapped in the shallow waters, Bonnet’s ship blasted its cannons at Rhett’s ships, which returned fire. For an hour, both crews watched the tides, waiting to see which ship would float first. Luck was not on the Gentleman Pirate’s side – Rhett had the advantage and captured Bonnet.

Bonnet knew the penalty for piracy. But he tried to escape the noose with bribes and social currency. Surely South Carolina would not execute a gentleman by hanging. Yet a court found Bonnet and his crew guilty of piracy and murder. On Dec. 10, 1718, Bonnet and 28 crewmembers died by hanging. 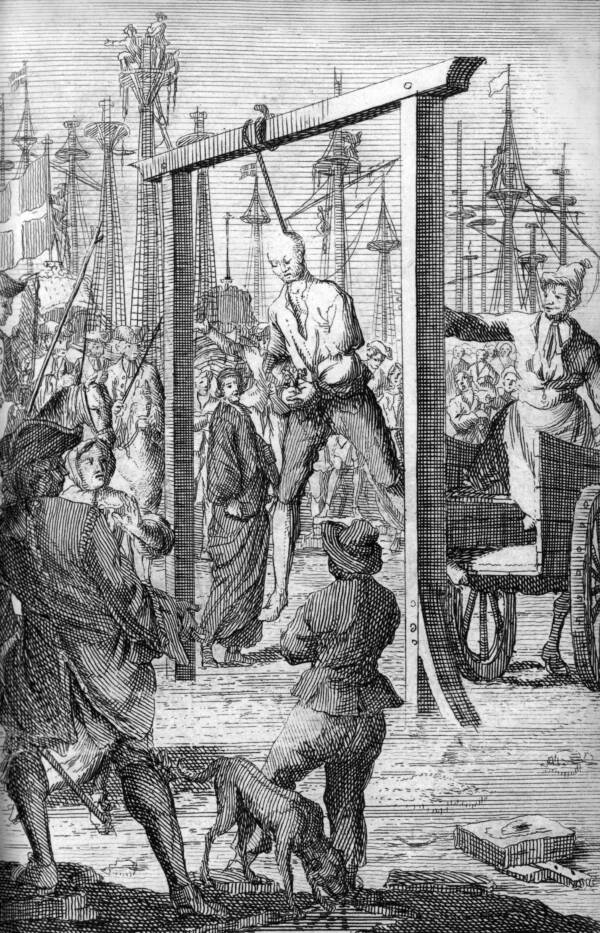 Unknown/Wikimedia CommonsThe hanging of Stede Bonnet, as depicted in a 1725 image.

“All his resolution failed him,” wrote Charles Johnson, of Bonnet’s final moments, “and his fears and agonies so wrought upon him, that he was scarce sensible when he came to the place of execution.”

According to reports, Bonnet carried a handful of flowers to the gallows. After his death, many mocked the Gentleman Pirate as the worst pirate in history.

But Bonnet, like many other pirates, simply had bad timing. By 1720, the golden age had ended for pirates, as states cracked down on piracy. Yet Stede Bonnet’s name would live on as the Gentleman Pirate.

Now that you’ve learned about Stede Bonnet, dive into the true story of the pirate Blackbeard. Then, learn about history’s most famous female pirates.