Anne Bonny and Mary Read were a pair of cross-dressing pirates, who became the fiercest female pirates in the Golden Age of Piracy. 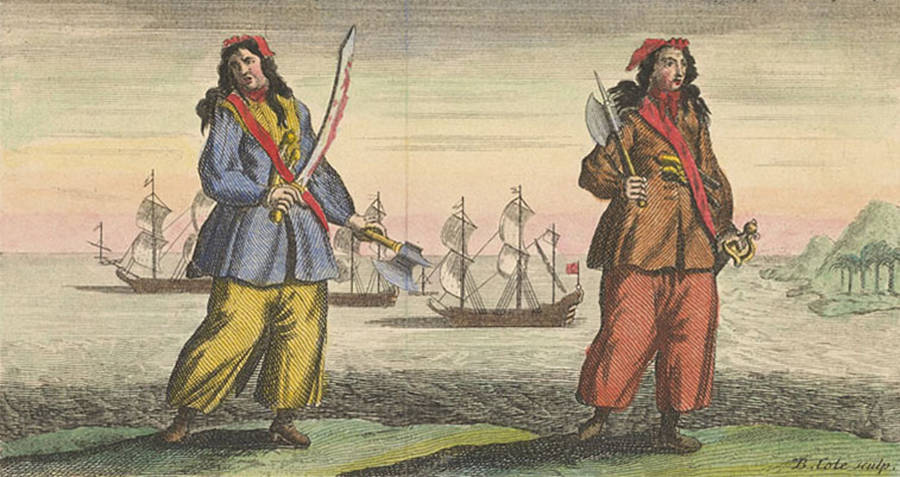 Wikimedia CommonsIrish pirate Anne Bonny and English pirate Mary Read are some of the most famous female pirates in history.

In the years between 1700 and 1725, affectionately known as the “Golden Age of Piracy,” the high seas were ruled by legendary swashbucklers like Blackbeard and Bartholomew Roberts. The idea of piracy was romanticized by the promise of riches and a life free from the dull routine of civilized society.

While most of these daring scalawags were thought of as black-bearded, impressively-mustachioed men, two of them were, in fact, women. Anne Bonny and Mary Read both left behind their womanly duties and took to the seas, leaving behind their land-bound lives for ones on the decks of a pirate ship.

Like Ching Shih, it would seem that Anne Bonny and Mary Read were born to be pirates.

As a child, born out of wedlock to a lawyer and his maid, Bonny’s father would dress her in boys clothing. He was very fond of her, but also very aware that the entire town knew she was illegitimate. By dressing as a boy, she could be passed off as the son of a relative, and in turn, live with her father without people questioning the lawyer’s morals. 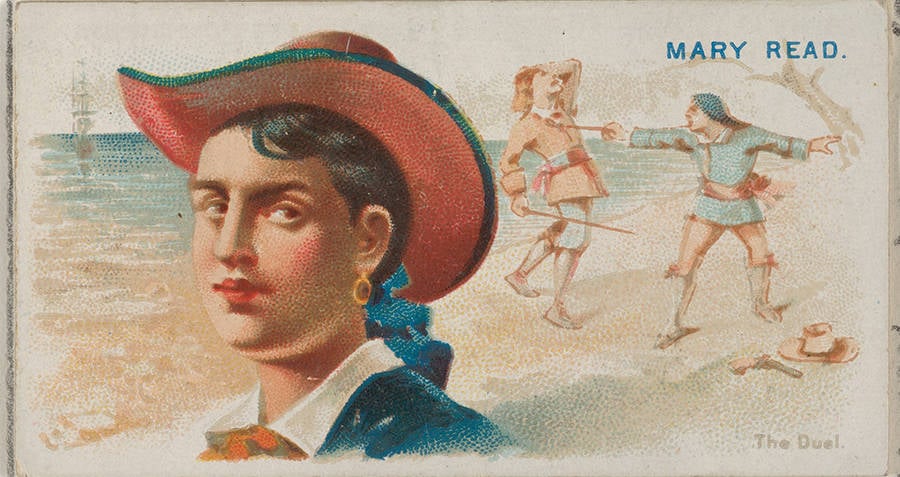 Wikimedia CommonsMary Read, seen in combat with a foe pirate.

Read also experienced a similar upbringing. Her father was a sailor, lost at sea when she was born. Shortly after her birth, her older brother died. As the sailor’s family didn’t know about Read yet, her mother dressed her as a little boy, passing her off as her older brother to continue receiving money from the sailor’s mother.

Two tough women, accustomed to dressing like boys had no problem breaking into the pirate scene. They were as good at fighting, drinking and cursing as any of the male crewmembers, and jumped at the chance to join a crew of buccaneers.

Anne Bonny joined the piracy first while living in the Caribbean. As Calico Jack’s crew sailed through town, Bonny left her family behind and joined his crew. A few years later, Mary Read joined Calico Jack as well, in a bid to convince anti-piracy privateers (most of whom were former pirates themselves) to rejoin the piracy.

Upon meeting Read, Bonny fell in love, despite her relationship with Calico Jack. Unaware that Read too, was a woman, Bonny revealed herself. In response, Read admitted that she was also a woman. Calico Jack was, at first, jealous of Read and Bonny’s attraction to her, but upon realizing they were both women, got over it. 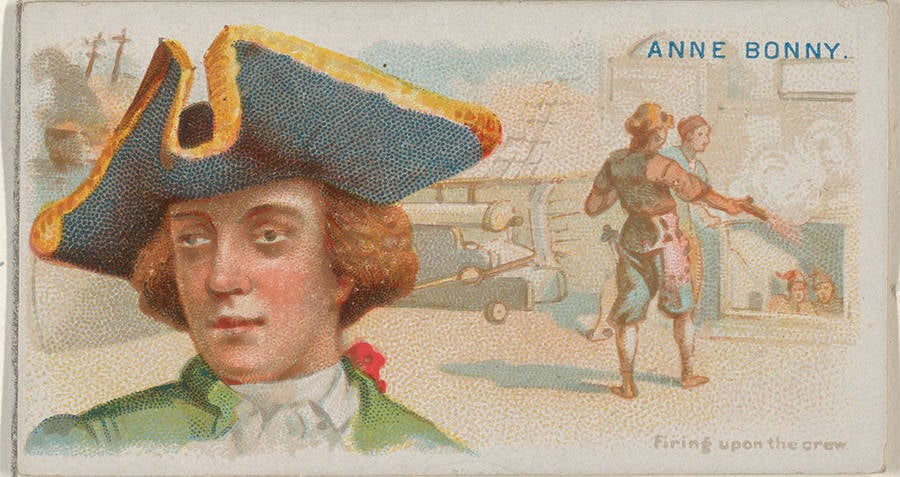 Though there are many tales of the two women’s adventures as pirates, perhaps none is more famous than the defeat of Calico Jack.

In 1720, Calico Jack’s ship was discovered by pirate hunters off the coast of Port Royal, Jamaica. During the ensuing battle, the men cowered in the hold under the ship while Mary Read and Anne Bonny fought to the death. Eventually, they were overpowered, resulting in Jack surrendering. But, that wasn’t the end of Bonny and Read. While the men rotted in prison and awaited their sentences, the two women told the privateers that they were with child, known as “pleading the belly.”

As they were given a stay of execution, they visited Calico Jack in prison, and Anne Bonny uttered some of the most famous words in pirate history.

“I’m sorry to see you here,” she said. “But if you had fought like a man, you need not have hanged like a dog.”

Though she was spared an execution, Mary Read died of a violent fever in prison. However, Anne Bonny was eventually released and mysteriously disappeared, likely returning to Port Royal or Nassau.

Despite their swift exits from the pirate scene, their legacy lived on, inspiring waves of female pirates in years to come, and marking their place in history as the two most famous female pirates the seven seas have ever known.

Next, check out the story of Ching Shih, the worlds first female pirate lord. Then, read about the religion of Pastafarianism, which reveres pirates as holy beings.