Also known as the choke pear or mouth pear, the pear of anguish delivered unbelievable physical pain and sexual violation to its victims.

Whether they like the macabre or enjoy the shiver they get when they see them, torture devices have always fascinated the public. Perhaps that’s why novels and movies are full of the most inventive torture methods that a writer can conjure up. But then again, so is history.

People have applied their imagination to inflicting pain in new, horrifying ways for thousands of years. But sometimes, when it comes to torture, reality and fantasy can get mixed up. In fact, many of the most famous torture devices from history actually seem to have only seen use in our collective imagination. The Iron Maiden, for instance, was probably nothing but a hoax dreamed up by someone who knew that the more disturbing a torture device is, the more people will pay money to see it. 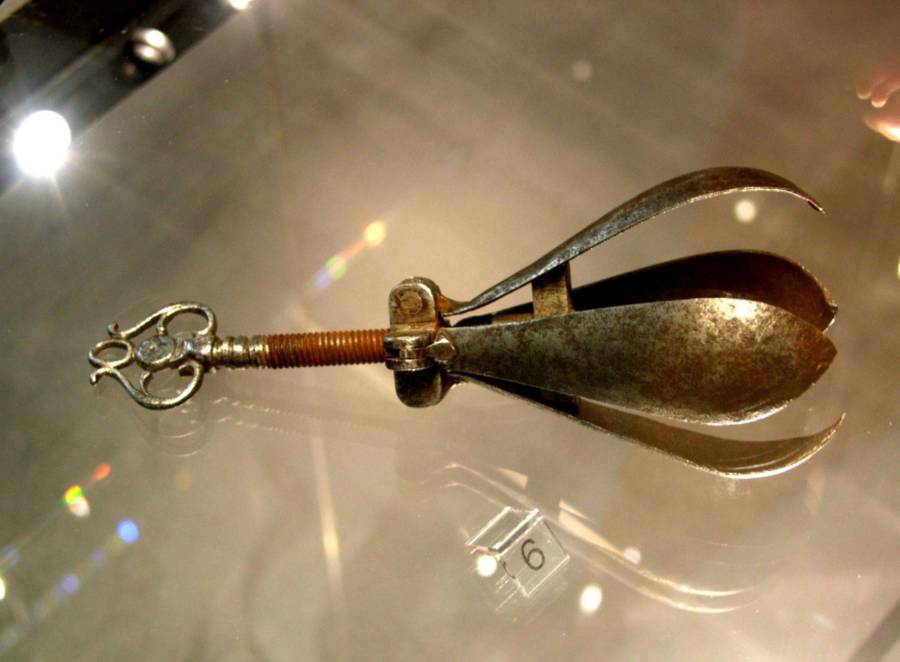 But few torture devices, real or imaginary, are as disturbing as the pear of anguish.

Imagine a lump of cold metal being slowly forced into your anus. It’s shaped like a pear, with a bulbous head on one end and a narrower stem on the other, and attached to the stem is a screw. Your torturer now asks for information, a confession, or whatever it is he wants to get out of you.

You see, as he turns the screw, the head of the pear begins to expand. The metal presses against the walls of your rectum. The pressure begins to build and it feels like the metal is going to rip through the delicate tissue. And in fact, it might.

But the goal is not to puncture the flesh, which could quickly lead to fatal bleeding. Instead, the pear is meant to stretch the anus as far as possible. As it stretches and rips the skin, it overloads the sensitive nerve endings and produces searing agony. 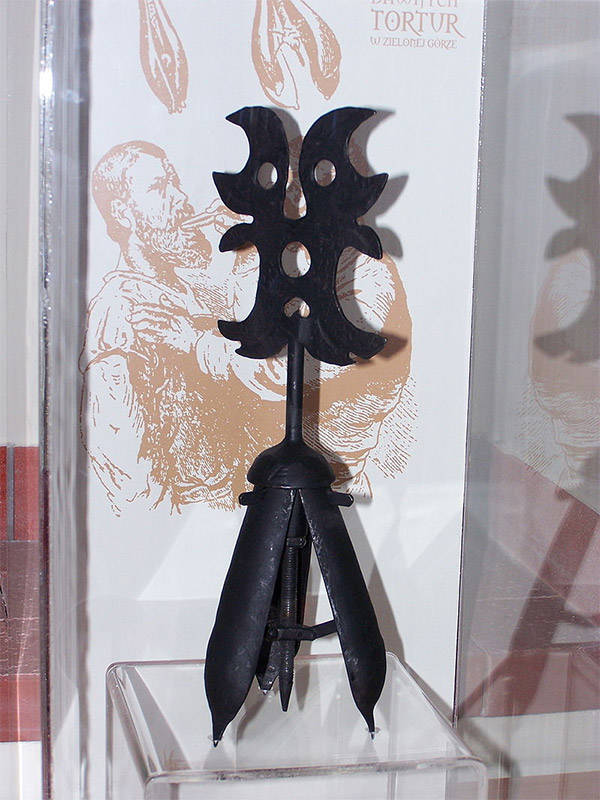 How long could you hold up under such an interrogation? Minutes? Seconds? It’s hard to imagine a more effective way to torture someone. Considering that, it’s easy to see how the pear might have been used frequently during the days when torture was a vital part of the justice system.

But surprisingly, that doesn’t seem to be the case. The choke pear probably didn’t exist before the 17th century at the earliest or at least, not in the way we imagine it.

According to contemporary written accounts, if the pear of anguish saw any use at all, then it actually went into the body at the other end. The few sources from the period that make any mention of it usually call it the “choke pear” and it wasn’t a torture device in the usual sense.

Instead, it might have been used to keep robbery victims from calling for help. The device was pushed into the mouth and expanded. The victim was then unable to get it out without a key, preventing them from calling for the police. It also meant that they had to pay a bribe to the criminals to get the key.

Of course, there are examples of these kinds of devices in museums and private collections. However, most of the evidence suggests that these were either gags used by criminals or, more likely, imitations of the classic “pear of anguish” that only existed in the imagination.

So, where did the idea of the pear come from? It could be that people, seeing these metal gags, imagined the worst possible use it could be put to based on the shape. Or perhaps some particularly imaginative person tried to come up with the most horrific torture device they could, and the result was the pear.

After all, the pear is a truly devious idea. It fills that extra element our minds look for when it comes to the grotesque and it adds a sexual violation to the physical pain of torture. Luckily, it doesn’t seem to have really existed, except in our minds.

Enjoy learning about the horrifying pear Of anguish? Next, read about the brazen bull, another torture device straight from your nightmares. Then check out some of the worst ways to die.