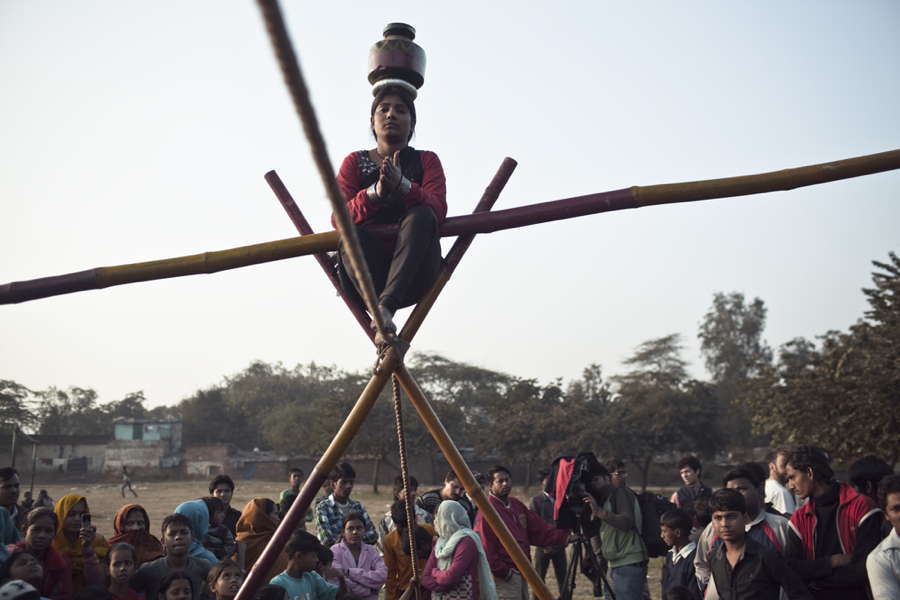 Maya Pawar is a young acrobat who has lived on government-owned property in Delhi, India for her entire life. The Kathputli Colony, where she resides, is the last of its kind: it is home to those who practice traditional art forms such as fire breathing, sword swallowing and intricate puppetry — and its days may very well be numbered.

In 2011, the Indian government sold the land where Kathputli Colony residents live to Raheja Developers, the country’s largest land development firm. The firm then made plans to demolish the colony to make room for the city’s first luxury skyscraper, effectively displacing the 10,000 residents whose families settled the colony over fifty years prior.

This development comes amid a wave of recent slum rehabilitation policies taking effect throughout India, where land developers can commercially exploit land inhabited by slum dwellers so long as alternative housing is provided to said dwellers. Venkaiah Naidu, the Minister of Housing and Urban Poverty Alleviation, hopes that India will be slum free by the year 2022. 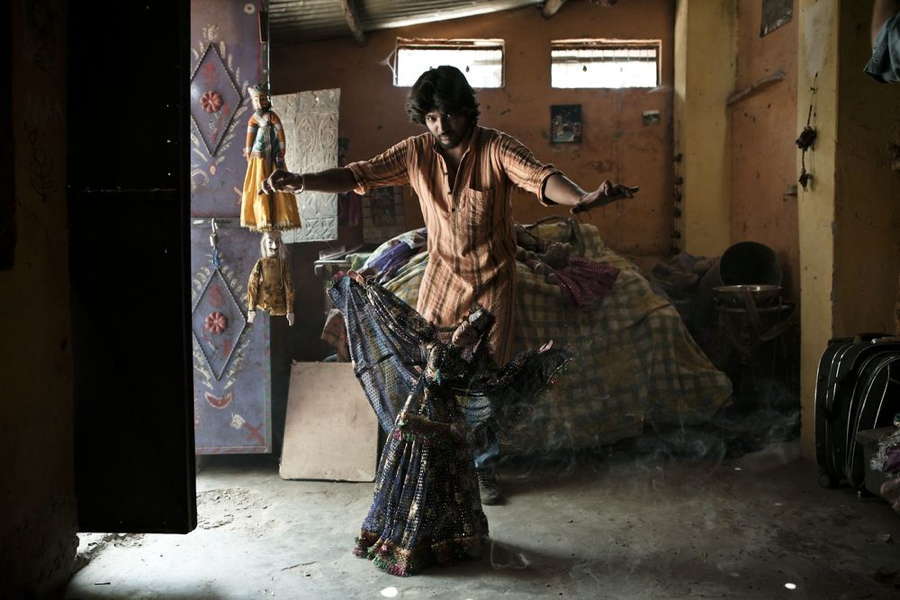 To some Kathputli residents, slum clearance will raze more than just their homes; it will destroy their culture and erase their identity. Filmmakers Jimmy Goldblum and Adam Weber document the experience of the Kathputlis in their film, Tomorrow We Disappear, released in August. Filmed over a period of three years, the directors followed some of the colony’s most talented performers, highlighting the ways in which they grapple with their uncertain futures.

“Until now we’ve been living in a place that’s not our own. We know this land is not ours, it’s government land,” Pawar, a young acrobat capable of bending bars using only her neck, said. “But our people think they’ve built solid, finished homes, so it’s theirs now. They think that they own it. They don’t realize it can be torn down at any moment, that it can all crumble.”

Due to the whimsical nature of their craft, it’s sometimes difficult to remember that the Kathputli do live in a slum, and are mired in poverty. The alleyways are littered with garbage, children jimmy electrical wires hoping to make their ceiling fans work, and their homes experience flooding.

In the film, Pawar expresses a distaste for these living conditions. While proud of her heritage, Pawar also aspires to become a teacher or take computer courses, and recognizes that in order to achieve those goals she must abandon the slum. In Tomorrow We Disappear, Pawar iterates that with a fresh start, artists like her can redefine their identities in more stable living conditions. 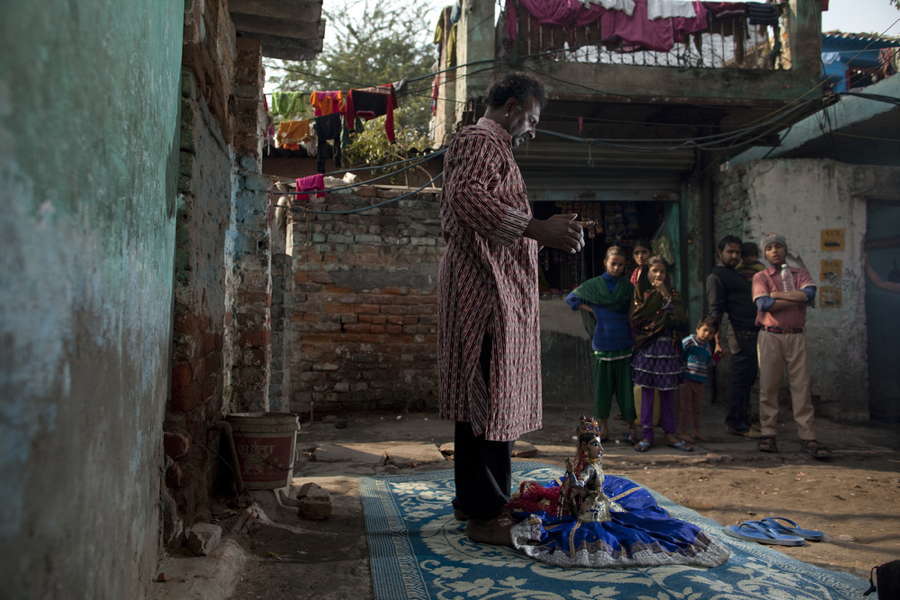 Not everyone shares Pawar’s sentiments, however. Puran Bhat, a world-renowned puppeteer, has resided in the Kathputli colony for over fifty years and views the relocation as a death sentence.

“Our way of life, our culture, and our art will not fit into flats,” wrote Bhat in a letter to the government. “In our colony, there are artists who own stilts as tall as 15 feet. How will these fit in a flat?”

Bhat becomes more worried about the relocation throughout the course of the film, especially after analysis of a Kathputli video census reveals that 25 percent of Kathputli residents would not be eligible for free housing.

“The government thinks we’re powerless,” Bhat said. “They think we don’t have any idea how to get things done, that we’ll just take whatever they give us. But those flats aren’t a place for us to live. They’re a place for us to die…our art is already half dead. What’s left, that will die off too.” 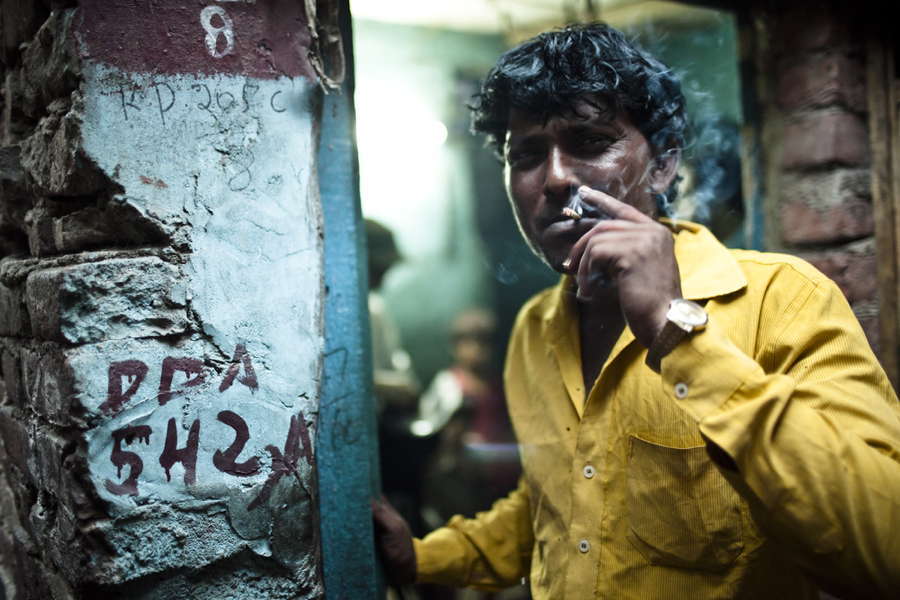 Many Kathputli residents find themselves somewhere between Pawar and Bhat, wanting to hold on to their rich heritage, but realizing that by doing so they shackle themselves to a life of poverty and land that, due to population growth, will likely be re-appropriated anyway. It remains to be seen what will become of this artist colony, but in Tomorrow We Disappear, film allows Kathputli residents to achieve immortality.