Ada Blackjack had no wilderness skills before she was forced to fend for herself on a remote Arctic island. 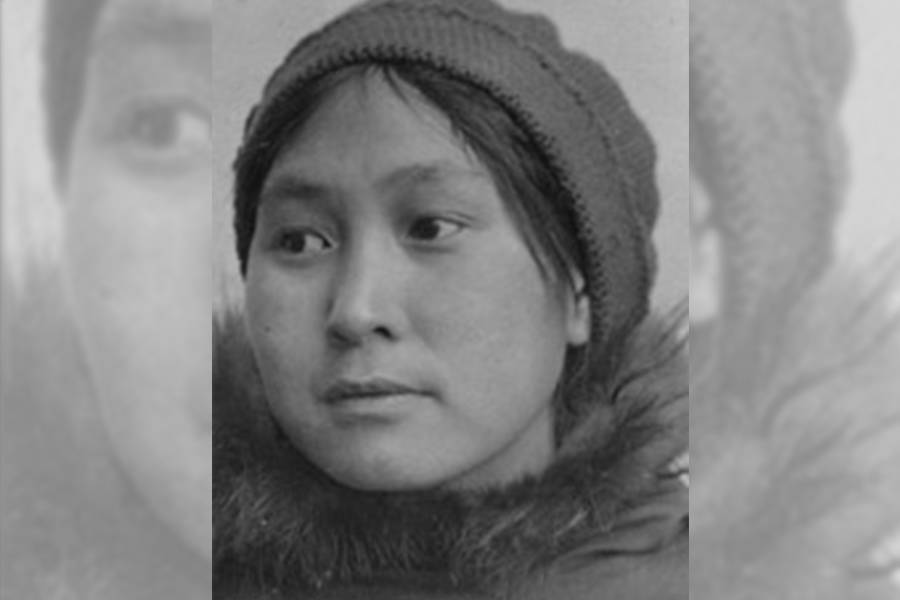 Wikimedia CommonsAda Blackjack before the expedition set out.

In 1921, a small crew of five set out from Nome, Alaska, for a remote plot of Siberian land known as Wrangel Island. From the beginning, the adventure was a poorly executed one.

The crew was small and inexperienced, and the reason for the expedition was flimsy – the captain was hoping to bring the island under British command, despite the fact that the British had never expressed any interest in owning it. Yet, they set off, ill-equipped, and carrying extra weight.

A woman had joined the crew for their adventure, Ada Blackjack, who was on board as a seamstress. Though she didn’t contribute much to the heavy lifting of sea travel at first, she would become the most famous member of the crew after becoming the sole survivor and managing to keep herself alive for two freezing years. 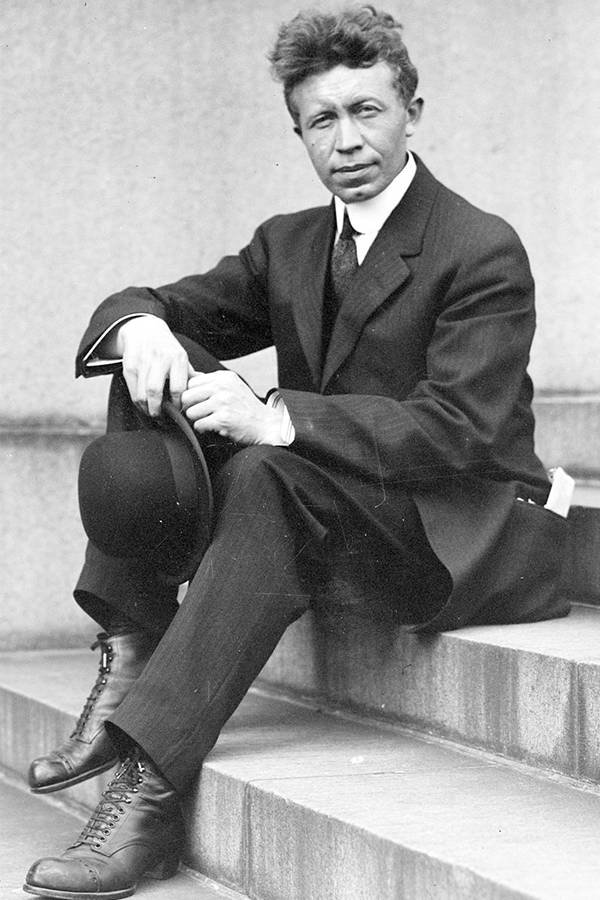 The fateful expedition was organized by Vilhjalmur Stefansson, a well-known, charismatic Arctic explorer. He was attempting to claim Wrangel Island as a piece of the British Empire, despite the fact that no one had asked him to, or even wanted him to, for that matter. Still, as he was funding the mission himself, he had no intention to give it up. 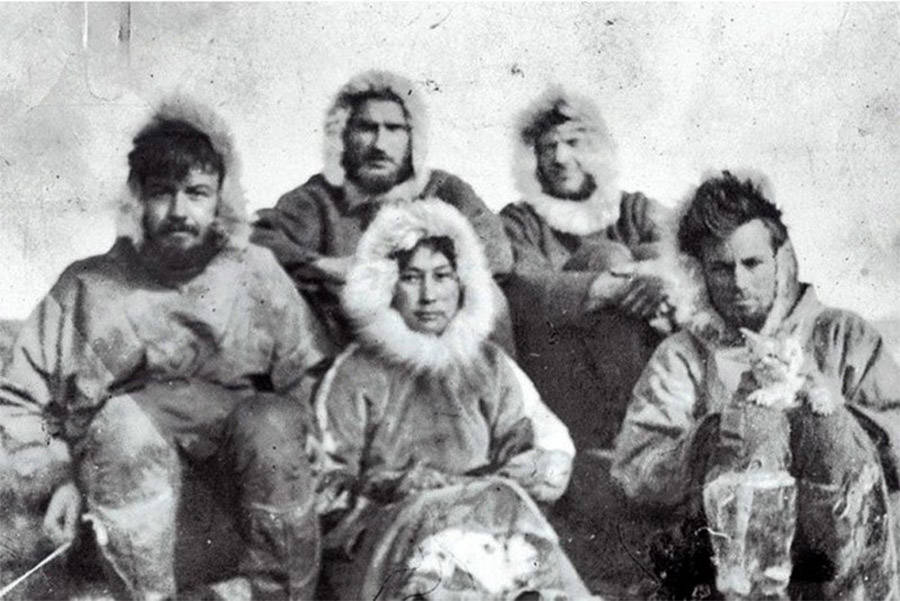 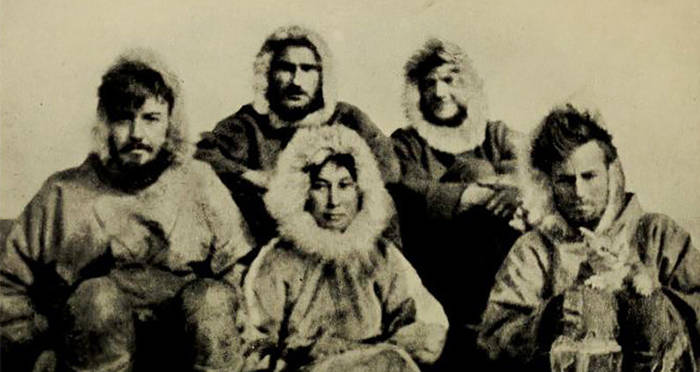 Public DomainAda Blackjack and the crew.

However, as the crew of four soon realized, the famed explorer had no intention of joining the crew himself. Instead, he intended to send Allan Crawford, Lorne Knight, Fred Maurer, and Milton Galle out on their own. He packed them up with six months of supplies and explained that there would definitely be enough game to hunt and that the Arctic was “friendly.” Furthermore, he ensured them that they would be fine until the following year when a ship was set to pick them up.

Though the crew was vastly under-experienced for the mission, Stefansson believed they were well-enough equipped to manage for themselves apart from one thing — they needed a seamstress. Preferably an Alaskan native who spoke English.

As an Inupiat woman, Blackjack was expected to have been taught survival and hunting skills. However, being raised by Methodist missionaries ensured that she was given almost no practical survival skills. She did, however, know English, at least enough to read the Bible.

She also needed money, badly. After her husband had run out on her, leaving her with a five-year-old son, she was left with almost no money. Her son, Bennett, suffered from tuberculosis, and his care was too expensive for Blackjack to manage.

So, upon hearing that there was an expedition that needed an English-speaking Alaskan native with sewing experience, and was willing to pay a then-unheard-of $50 a month, she jumped at the chance. Before leaving for the island, she placed Bennett in a local orphanage, with the promise that she would come back for him upon her return.

The Expedition To Wrangel Isladn 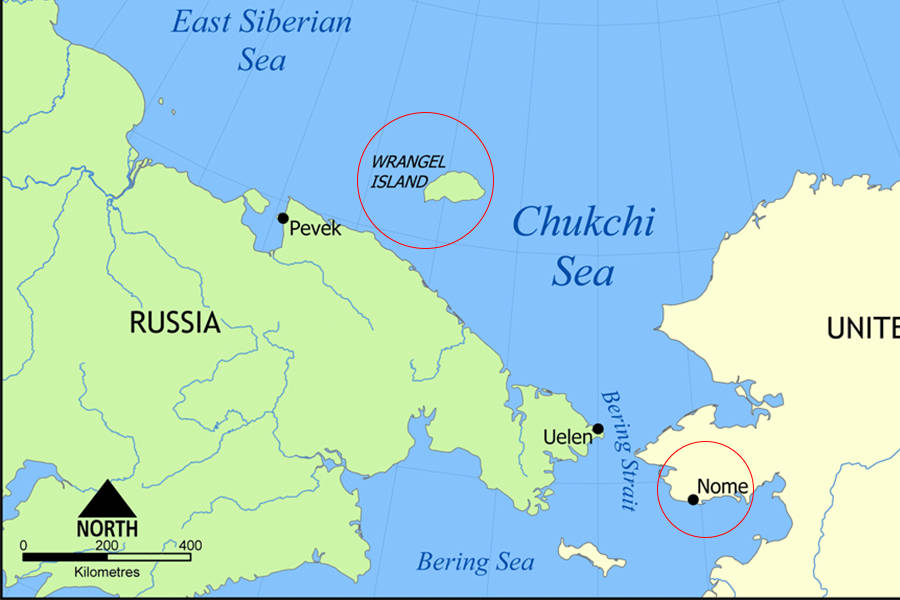 For the first year, the voyage was much like Stefansson said it would be. The crew arrived as winter dawned, but were well-stocked with enough supplies to last through the cold months. Then, when the spring came, along with it came plentiful game. Throughout the summer, the crew survived by hunting and fishing.

However, when the year mark had passed, it became clear that the promise of a ship coming to save them had been a hollow one. The truth was that the rescue ship had been forced to turn around due to thick ice, and without any sort of communication channel, there was no way to alert the Silver Wave‘s crew.

By the beginning of 1923, Knight had fallen ill, likely suffering from a severe case of undiagnosed scurvy. Without any better options, Crawford, Galle, and Maurer set out across the ice on foot to attempt to reach civilization. They never returned, and no word of them reaching any Siberian towns was ever recorded.

Left alone with Knight, Ada Blackjack took over the duties of the three men, in addition to her own. Day in and day out she stacked wood, cared for Knight, hunted for food, made dinner and tended to the camp; recording all of her activities in a diary or typing them out on the ship’s typewriter.

The Survival Of Ada Blackjack 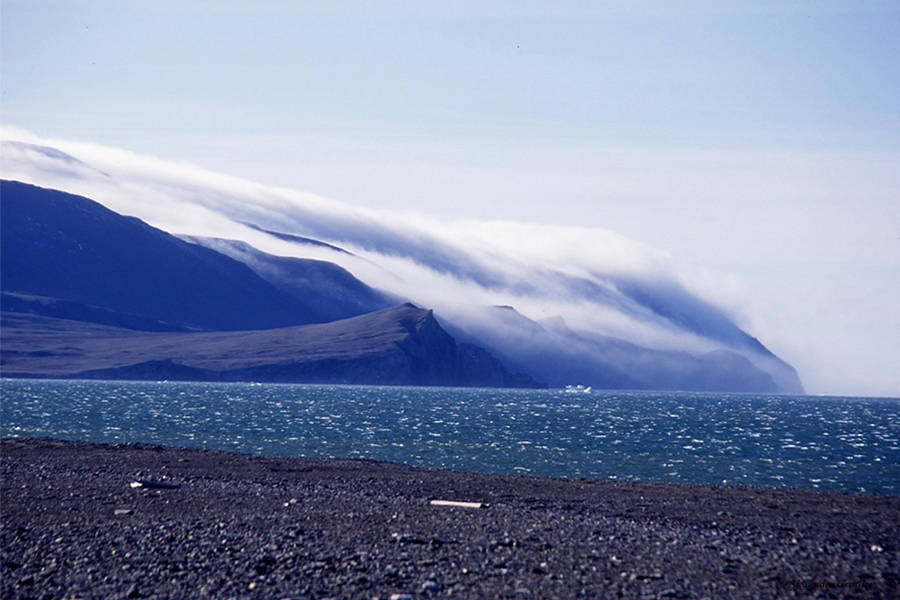 Left all alone on the ice, with no prospect of rescue, Ada Blackjack could have fallen apart. However, the thought of her son and her promise to return to him kept her going.

As she didn’t have the strength to bury Knight’s body, she left him in his sleeping bag and constructed a wall of boxes and old supplies around him to protect him from animals and the elements. Then, she moved into the storage tent and fortified it for survival.

Using old supplies and boxes, she constructed a cupboard, in which she kept her field glasses and ammunition, as well as a gun rack, where she kept her rifle and a raised platform that she could hunt from. Eventually, she even constructed a skin boat out of driftwood and canvas. She also began to use the ship’s photography equipment and amassed quite a collection of photographs of herself in and around her camp. 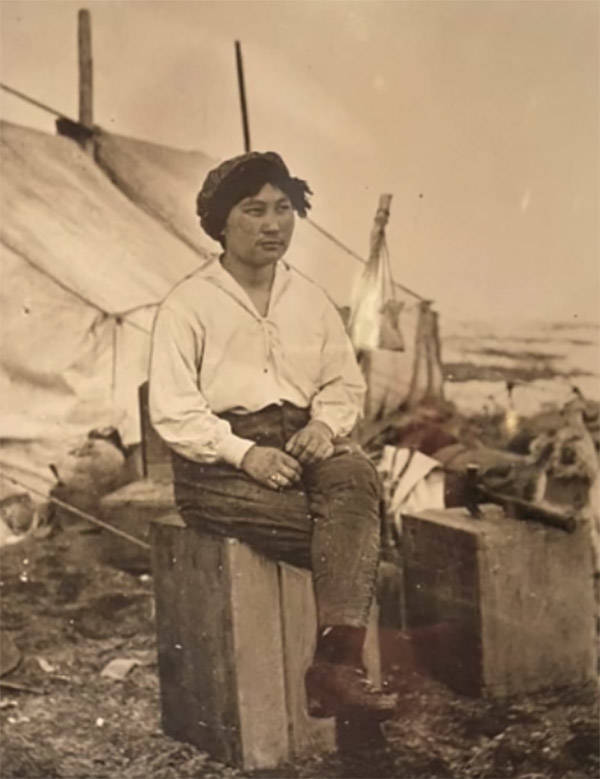 For a woman who had spent her life terrified of polar bears, by two years into her journey Ada Blackjack was a natural at tracking them. Though she didn’t hunt them, she tracked them to find out where other prey was, and to make sure they didn’t get too close to her camp.

By the time she was rescued, nearly two years after she’d first arrived on the island, she was doing quite well on her own. The press even dubbed her “the female Robinson Crusoe.” Of course, when a rescue ship pulled up, she immediately abandoned her camp and headed home.

Upon arriving back in Nome, Ada Blackjack was reunited with her son Bennett, though that was the extent of her happiness.

The money she had been promised for her excursion never came through, despite the fact that Stefansson profited immensely from the press about his voyage. Bennett and Blackjack eventually moved away from Nome and lived out the rest of their lives in Palmer, Alaska in relative obscurity.

Next, check out Tami Oldham Ashcraft’s equally as harrowing survival story. Then, read check out these photos from the golden age of Antarctic exploration.