Family Research Council president Tony Perkins says his family will have to live in a trailer for six months while his home is repaired. 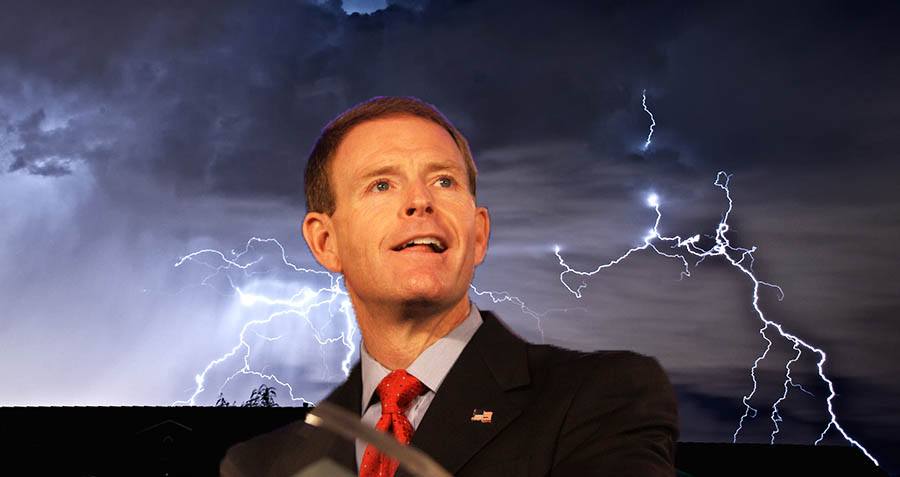 Maybe God doesn’t “punish (just) the gays” after all.

This week, extreme rain and flooding in Louisiana damaged approximately 40,000 homes — including that of Tony Perkins, the president of the Family Research Council, an organization which the Southern Poverty Law Center has deemed an anti-LGBT hate group.

While Perkins has employed a number of rhetorical techniques to articulate his disdain for individuals who don’t look or act the way he does, it’s his remarks on how natural disasters like floods and hurricanes are God’s way of punishing sinners (particularly homosexuals) that are of particular interest in light of recent events.

Thus it must have come as a shock when floods of “biblical proportions” destroyed his home, which according to Perkins forced him to flee from a canoe and will require him and his family to live in a camper for the half-year it will take to rebuild his disaster-ravaged abode.

Below, see a photo of Tony Perkins’ home he uploaded to his Facebook page:

Indeed, on Wednesday Perkins called into his own radio show to report the devastation he and his family suffered due to the flooding, which you can listen to below:

In it, you’ll hear that Perkins — far from viewing himself as a sinner in need of a very wet form of punishment — say that the floods are simply a “spiritual exercise” to “take you to the next level in your walk with an almighty and gracious God who does things well.”

Next, read about some perspectives on Jesus that may surprise you.