Doctor On Transgender Women Giving Birth: ‘You Could Do It Tomorrow’ 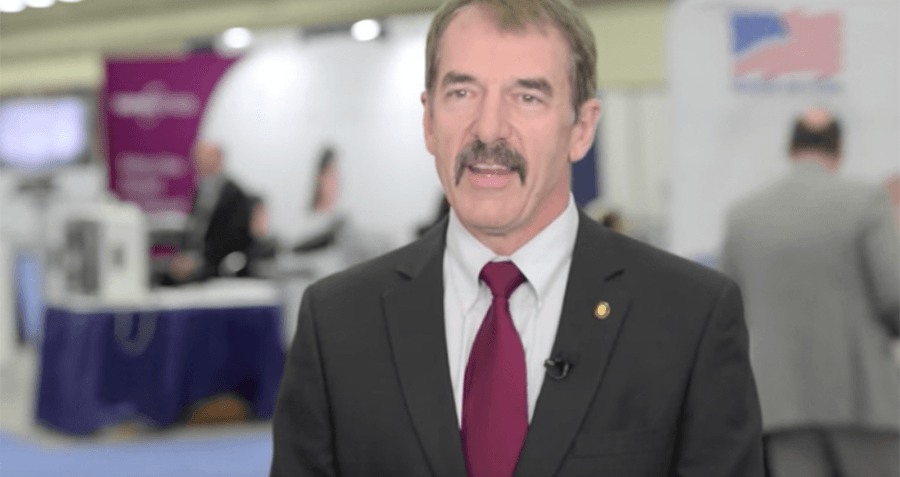 YouTubeDr. Richard Paulson at the ASRM Conference in 2015.

For transgender women hoping to give birth, scientists believe that good news may be coming sooner than they thought.

According to Dr. Richard Paulson, an obstetrician-gynecologist in Los Angeles, medical treatments for transgender people have become “mainstream,” meaning there’s more attention on them than ever before.

Thanks to all the new attention, developments that could allow for transgender women to give birth have become much more realistic.

“You could do it tomorrow,” Paulson said.

Last week, Paulson, the president of the American Society for Reproductive Medicine, spoke at the society’s annual conference. He said that there is science in place that allows transgender women to receive donated wombs, which could allow them to carry to term, and give birth to, a child.

“There would be additional challenges, but I don’t see any obvious problem that would preclude it,” he added. “I personally suspect there are going to be trans women who are going to want to have a uterus and will likely get the transplant.”

Though they have never occurred on a trans woman in the past, uterus transplants in female patients have proven to be successful in recent years.

The first baby born to a mother with a donated uterus was born in 2014, in Sweden. Since then, Swedish doctors have helped four other mothers with donated uteruses give birth. Next year, the first British attempt will be made.

However, Sweden seems to be the only country with success so far. In the U.S., in 2016, four women underwent uterus transplants. Only one was able to keep the uterus, though she has not gotten pregnant.

Transgender men, assigned female at birth, who have not undergone a hysterectomy, have also given birth in the past.

However, despite the strides, there remain some roadblocks to transgender women giving birth.

For one, male and female pelvises are shaped differently — something that can not be corrected by surgery — which would force the woman to receive a cesarean delivery. There is also debate about the potential dangers to the fetus, due to the unstable environment resulting from a transplanted womb into a transgender woman.

Marci Bowers, a transgender woman, and gynecological surgeon disagrees with Paulson, claiming that the scientific community is a long way from transgender births.

“I respect reproduction and I don’t think we’ll ever see this in my lifetime in a transgender woman,” Bowers said. “That’s what I tell my patients.”