Whether it's ghosts, UFOs, or monsters, these creepy real-life stories represent the scariest tales from the annals of human history.

While horror movies can surely leave us terrified, it’s the true scary stories from history that really burrow into our brains and stay there. From true crime to the paranormal to the just plain eerie, the real-life creepy stories are the ones that provide a lasting fright that fictional ones cannot.

Perhaps Mark Twain put it best when he said, “Truth is stranger than fiction, but it is because Fiction is obliged to stick to possibilities; Truth isn’t.”

History’s most chilling scary stories of aliens, murder, and monsters indeed remain far stranger than fiction. They take uncanny turns and deliver startling scares that no writer or filmmaker could dream up in quite the same way.

Discover some of the creepiest stories that are entirely true — and are all the more terrifying because of it.

True Scary Stories: The Mystery Of The Enfield Monster 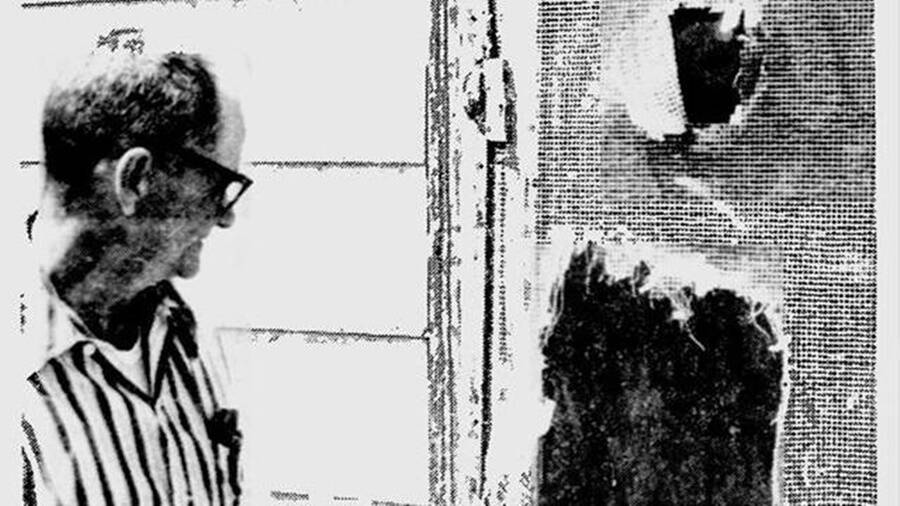 The Reading EagleHenry McDaniel looks at the torn screen door of his home following his encounter with the Enfield monster.

One night in 1973, the two young McDaniel children of Enfield, Illinois claimed to see a weird creature lurking in their yard and trying to get in the house. But father Henry McDaniel chalked their creepy story up to the active imagination of childhood.

However, he changed his mind later that night. After being awoken by strange scratching sounds, McDaniel grabbed a gun and a flashlight and peered outside his front door. There, between two rosebushes, he saw a creature that was “almost like a human body,” just as his kids had described.

“It had three legs on it, a short body, two little short arms, and two pink eyes as big as flashlights,” he recounted to a reporter. 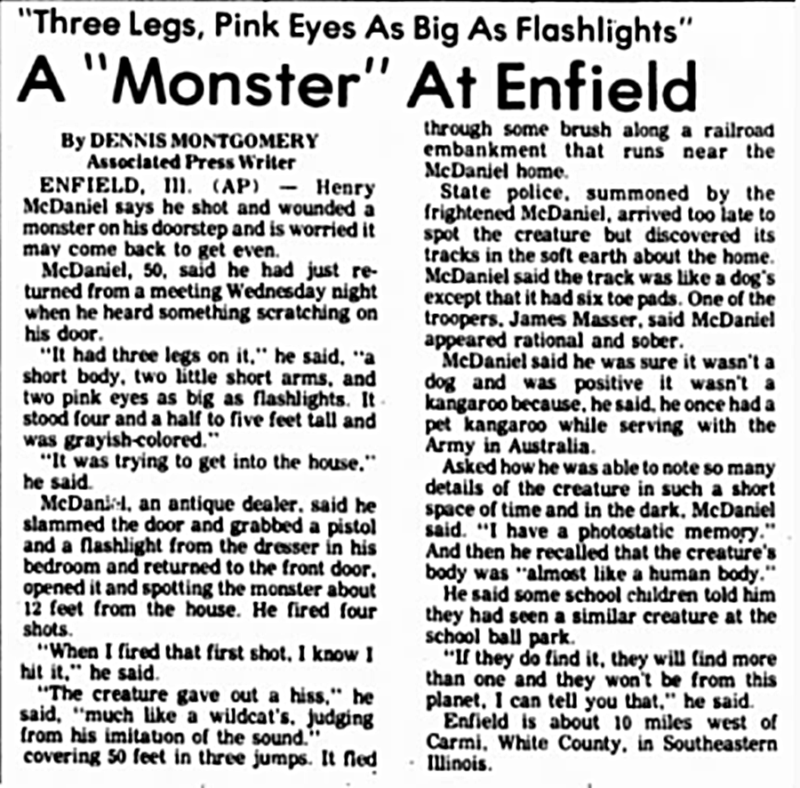 McDaniel said he fired four shots and was sure he hit the creature at least once, causing it to make a hiss “much like a wildcat’s” before it ran off toward a railway embankment. McDaniel was stunned when he saw the monstrous beast jump 80 feet in three jumps before quickly running out of sight.

The police found scratches on the door screen as well as footprints in the dirt near McDaniel’s home that looked dog-like with six toe pads, yet no clues pointed to an unusual creature. McDaniel’s sighting made the Reading Eagle but it was clear most people didn’t believe it was true.

It didn’t help that a 10-year-old neighbor faked his own eyewitness account of the beast, only to later admit that his testimony was a prank against the McDaniels. 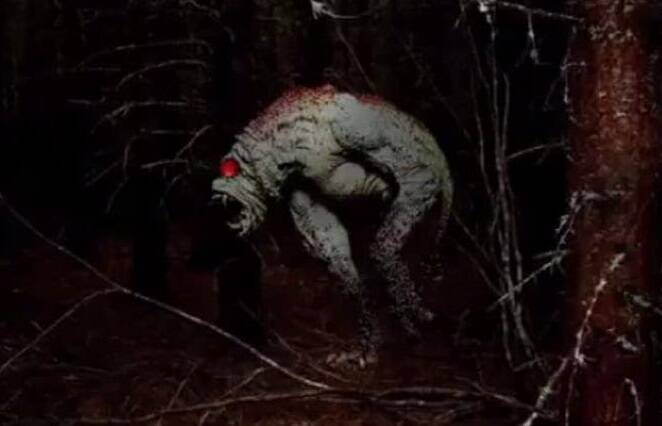 McDaniel reported two more sightings of the alleged beast to local cops but he said they eventually threatened him with jail time because nobody believed what he saw had been real. But McDaniel was adamant and stood behind his scary true story.

“If they do find it,” McDaniel said in an interview, “they will find more than one and they won’t be from this planet, I can tell you that.”

After McDaniel’s public testimony about the Enfield monster, other eyewitness claims began to surface. Monster hunters swarmed the town and at least five men were arrested after firing shots in the area and claiming to have photographed the creature.

To this day, no explanation has been uncovered for this small-town creepy story.