Trump Will Ask Congress, Not Mexico, To Pay For His Border Wall

The President-elect will ask Congress for billions of taxpayer dollars to build a U.S.-Mexico border wall. 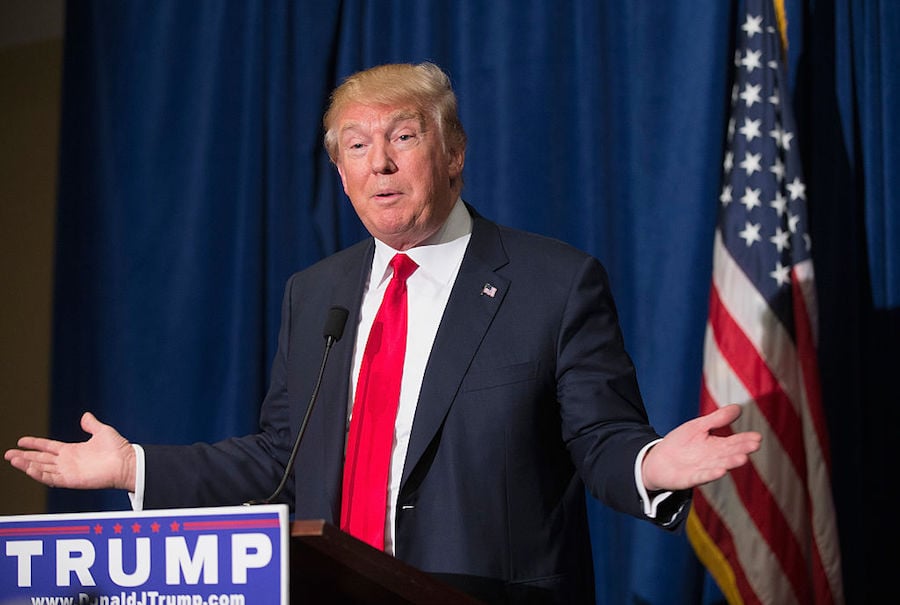 Despite how integral the notion of forcing Mexico to pay for the construction of a border wall with the U.S. was to his campaign, President-elect Donald Trump’s transition team has instead asked congressional Republican leaders to fund the border wall with federal money, according to House Republican officials.

The Trump camp asked House leadership, such as Speaker of the House Paul Ryan, in private to pay for the wall by including it in the April funding bill, a senior House GOP source told CNN.

Trump defended the proposal with a tweet this Friday morning, saying, “The dishonest media does not report that any money spent on building the Great Wall (for sake of speed), will be paid back by Mexico later!”

Trump did suggest that Mexico would reimburse the U.S. for the cost of the wall back in October, but it’s still a major reversal of a fundamental Trump campaign promise.

The congressional liaison for the Trump transition team, New York Rep. Chris Collins, told CNN that American taxpayers might have to front the cost for the wall, but Trump would be able to get the money back from Mexico.

“When you understand that Mexico’s economy is dependent upon U.S. consumers, Donald Trump has all the cards he needs to play,” said Collins. “On the trade negotiation side, I don’t think it’s that difficult for Donald Trump to convince Mexico that it’s in their best interest to reimburse us for building the wall.”

A 2006 Bush-era law gives the incoming Trump administration the authority to construct the wall, but it still needs funding to carry the project out.

The need for money means that the new Republican Congress could append billions of dollars to an April spending bill integral to keeping the government running.

This could force a showdown with Senate Democrats, who may threaten a government shutdown — a Republican political hallmark during the Obama administration.

“We’re in talks with [Trump] on the details of it as they’re still putting together their team. We still got a few months before there’s another funding bill that’s going to move,” said Rep. Steve Scalise of Louisiana, third in the chain of command in the House. “We’re going to work with him to make sure we can get it done. We want to build a wall. He wants to build a wall.”

Next, find out how Trump may be violating the Stock Act — leaving him impeachable — before checking out why Trump wants a nuclear arms race.