The two heads frequently fight over who gets to swallow the prey, which could lead to big problems for the animal in the wild. 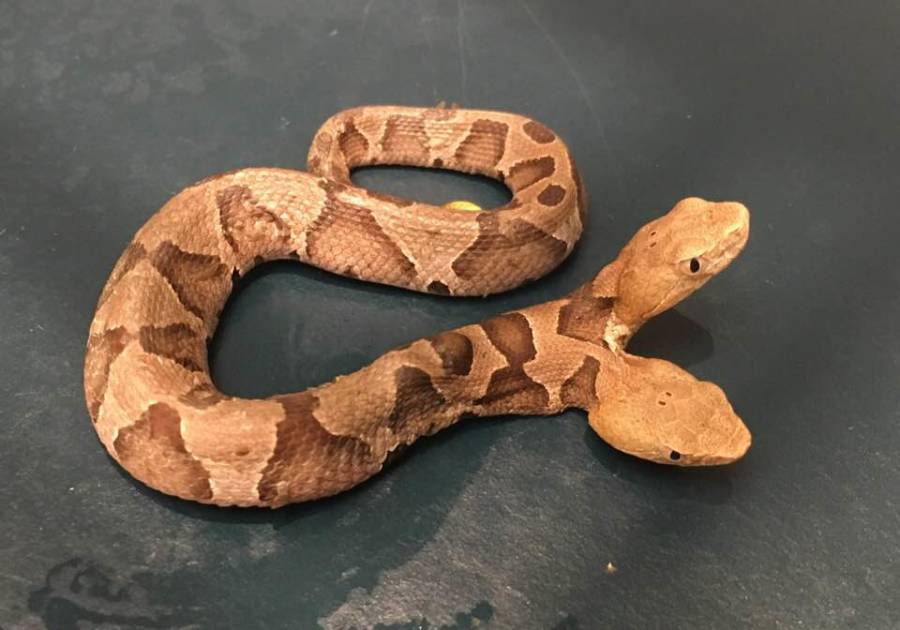 They say two is better than one but if you are afraid of snakes, this might be your worst nightmare.

An extremely rare two-headed copperhead snake was recently found in Woodbridge, Va. and its startling appearance is a dream come true for herpetologists.

A local woman discovered the snake in her flower bed as she was leaving her house one day. Fearing for the safety of her kids and pets, she captured the animal and alerted the Virginia Herpetological Society. Not long after, state herpetologist J.D. Kleopfer went to pick up the phenomenon, according to a statement from the Wildlife Center of Virginia.

Kleopfer told the Washington Post that the opportunity to study the snake was a career milestone and that he had never seen anything like the animal before. He added that the two-headed animal is especially rare because of how young it is.

An examination of the snake revealed that the animal’s left head is more dominant and all around more responsive than the right. Along with two heads, which each contain venom and a brain, the snake has two tracheas (the left is more developed) and two esophaguses (the right is more developed).

However, the two heads share a single heart and one pair of lungs.

The two-headed copperhead found in Virginia.

“Based on the anatomy, it would be better for the right head to eat, but it may be a challenge since the left head appears more dominant,” the statement said.

Experts said that the snake is only six to eight inches long and is around two to three weeks old. They also said that most two-headed snakes die young:

“Wild bicephalic snakes are exceptionally rare because they just don’t live that long,” Kleopfer wrote on Facebook. “Too many challenges living day to day with two heads.” 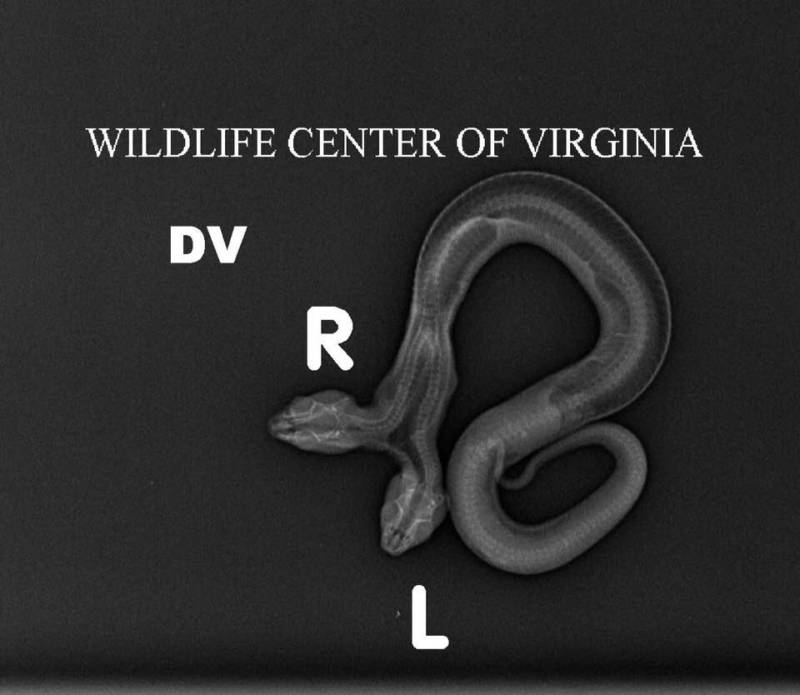 J.D. Kleopfer/Virginia Dept. of Game and Inland FisheriesX-ray taken of the two-headed snake.

One of those challenges is constant fighting between the two heads over who gets to swallow their prey. This bickering can make eating a lengthy process which leaves the snake more vulnerable to attack.

Also, when the snake does come under attack, the two heads, which have minds of their own, often have trouble deciding which way to flee. A split second of hesitation or indecision from the animal can prove deadly during an ambush.

Officials hope that the animal will one day be donated to a zoo and can live out its life safely in captivity. However, Kleopfer’s biggest concern right now is getting the animal healthy and growing, which could take a couple months. 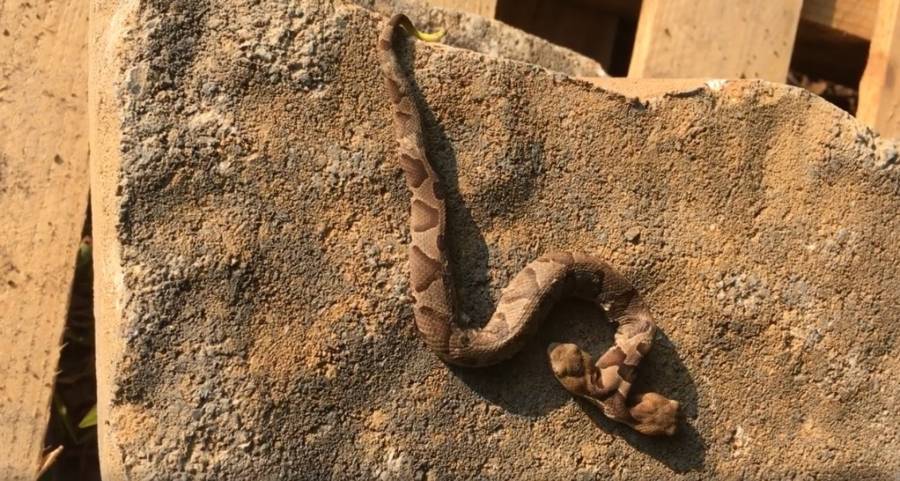 Several people have already reached out looking to purchase the snake and put it on display in their facility. Kleopfer feels that whoever gets the animal is going to be very lucky:

“I can guarantee that whoever gets it is going to have a boost in their ticket sales,” he said.

Two-headed animals aren’t as uncommon as you would think. In 2017, a Dutch fisherman discovered a two-headed porpoise swimming around the North Sea. And in the past few years, a rash of two-headed sharks have popped up across the world from Florida to Spain.

If you thought a two-headed venomous copperhead was bad, just imagine coming face to face with a two-headed bull shark.

Next, take a look at Snake Island, a Brazilian island that has so many snakes that humans aren’t allowed. After that, read about Titanoboa, a monstrous 50-foot prehistoric snake of nightmares.