An Arkansas electrician found a two-headed snake while performing a routine inspection on a house. 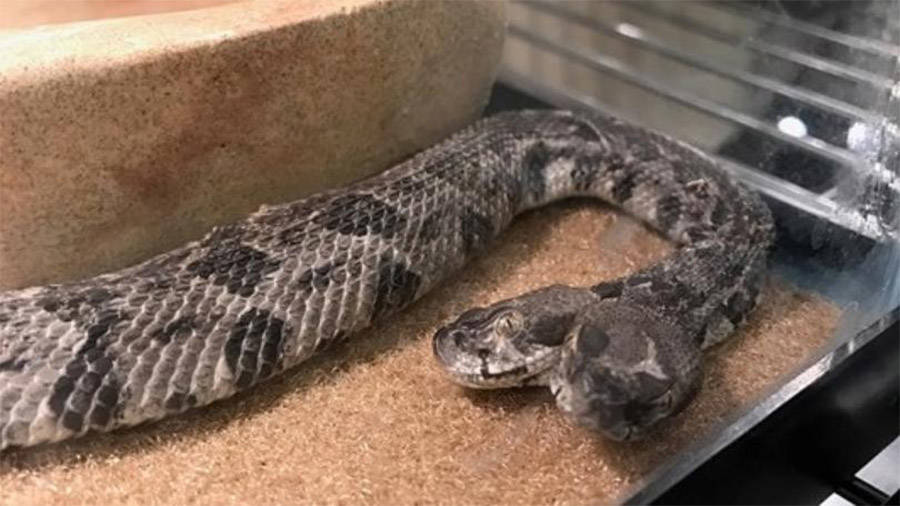 An electrical worker found more than he bargained for during a routine home inspection on Wednesday.

Rodney Kelso was inspecting a home in Jonesboro, Arkansas when he noticed a snake sunning itself outside. Upon closer inspection, he realized that the snake had two heads.

Young donned a pair of gloves before he put the two-headed timber rattlesnake, nicknamed “Deuce,” in a box and took it to Crowley’s Ridge Nature Center in Jonesboro. Kelso said he had never seen anything like the snake in his more than 50 years in the area.

“Fifty years on the ridge and never have seen such,” he said.

Cody Walker, the education specialist at the nature center, was less surprised. “It does happen from time to time in nature,” he said, of animals having more than one head. “Usually they die from complications.”

For the time being, Deuce is doing well and will be put on display at the nature center once he acclimates to his new habitat. 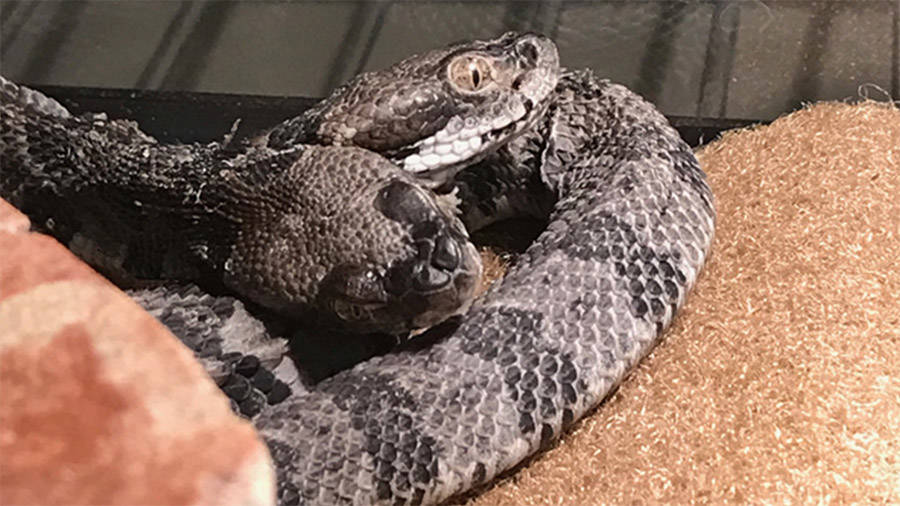 Fox 13 Memphis “Deuce” in his new habitat at the nature center.

This isn’t the first time a two-headed snake has been found in the Midwest. In 2016 an Indiana man found a two-headed timber rattlesnake, the same kind of snake as Deuce, on his property in Monroe County.

Unbeknownst to Tony Moore, he had built his home in the middle of a rattlesnake den. He noticed one night that a pair of the rattlesnakes were moving slowly and hanging around his front yard. On closer inspection, he realized it was actually one snake with two heads. 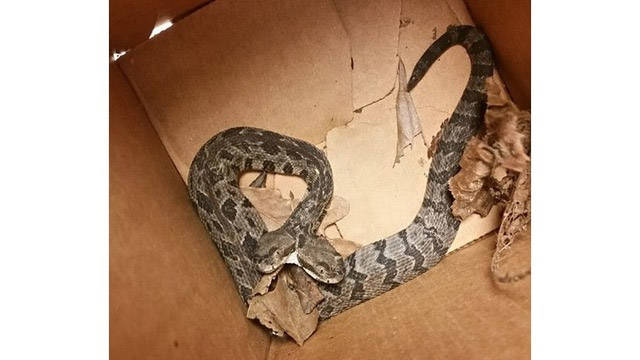 Mark Young’s Facebook page “Deuce” when he was first discovered.

“I was awestruck. I had to get very close to make sure. And then when I realized each of the two heads occasionally had a tongue come out and were fully functional, I realized I wasn’t seeing things,” Moore said. “I’d have to say it’s a one-in-a-million situation. I’ve never seen a two-headed anything except in a museum. I mean I guess it’s fortunate. It’s amazing.”

Though they are not the only animals who can be born with two heads, snakes are the most common “polycephalic” animals (animals with two heads).

Enjoyed that? Check out these pictures of more two-headed animals. Then, read about the two-headed sharks that baffled scientists.