Inside Ubasute, The Legend Of Abandoning Elderly In The Woods

Legend has it that in times of persistent hardship, Japanese families would abandon their elderly in the woods. Here's how it happened — that is, if it did at all. 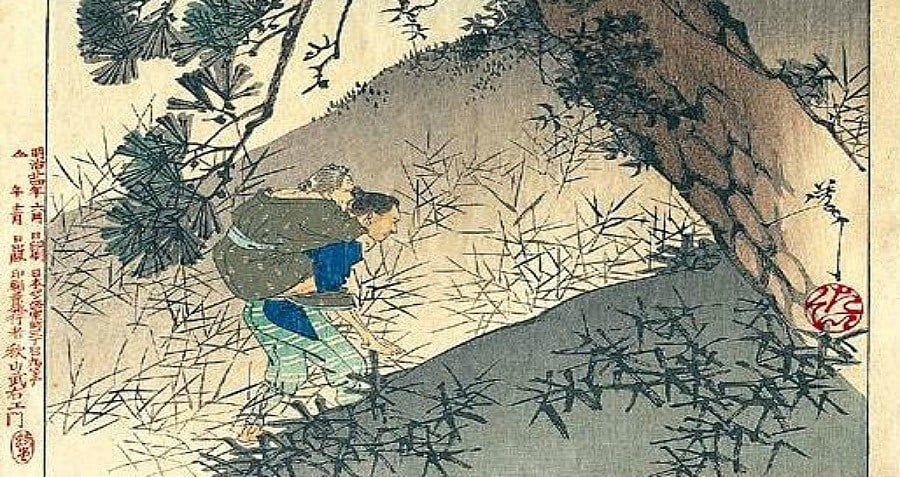 The practice of Ubasute marks a dark time in Japan’s history, but did it ever really happen?

Ubasute’s supposed roots reach far back into Japan’s distant past, and the event it describes is as cruel as it is chilling. Literally translating to “abandoning an old woman,” the legend goes that families facing particularly hard times engaged in the act, which forced sons to carry their own elderly mothers to the top of a mountain before abandoning them there, leaving these frail women to die in an effort to cut costs during times of famine.

While many believe that accounts of these practices are entirely false, some say that Ubasute informed the creation of Japan’s infamous Suicide Forest, which only adds to this ancient procedure’s legendary status.

If we entertain the idea that these legends are true, Ubasute’s charter myth goes as follows.

The practice’s prevalence directly corresponded with macro-level conditions in a given area, where years of drought or famine would cast a specter of malaise among Japanese families. Whether the result of exceptionally light or heavy rains, crop-eating insects, or agriculturally devastating volcanic eruptions — such as that of Mt. Asama in 1783, which would kickstart the great Tenmei famine — it wasn’t entirely uncommon for agricultural production to come to a halt, leading to insufferable periods no nation would ever wish to revisit. 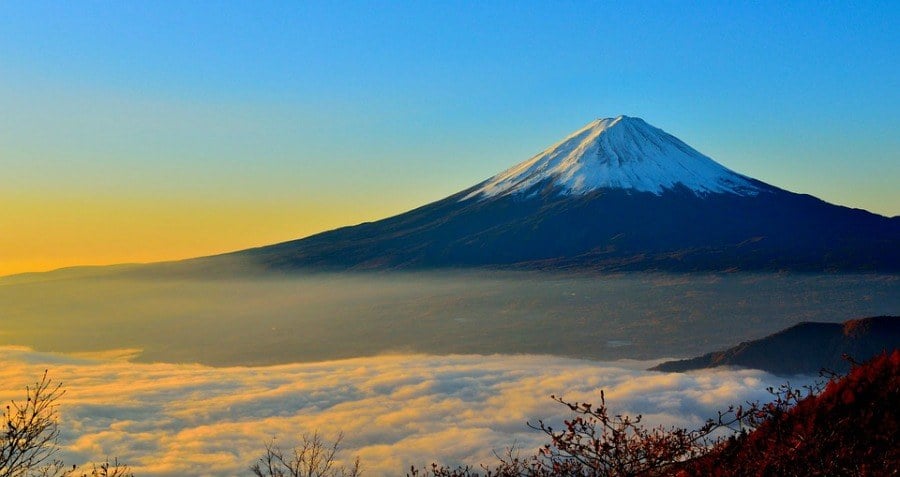 With rations low and mouths to feed, abysmal conditions left Japanese families to take extreme measures in order to ensure survival. And according to folklore, that’s exactly what they did.

By limiting the number of mouths to feed, already meager food rations would go that much further. Unfortunately for family elders who could not work or care for themselves, the term “dead weight” would assume a literal meaning, making them the most practical choices to see off.

As jarring as that may be, it’s the details that make the tale of Ubasute so compelling.

First, a family would choose an elder, usually a woman, to “do away” with. Carrying her on his back, the old woman’s son would hike to a mountain peak as she grabbed pieces of twigs and limbs from nearby trees and dropped them on the ground.

These small markers would form a trail for her son to follow when he returned from the mountain peak, indicating that those abandoned chose to participate in the ritual, sacrificing their own lives for the long-term well-being of the family.

Once they reached the summit, the son would leave his mother and begin his descent from the mountainside. The old woman would do nothing more than wait alone night after night, until eventually meeting her demise due to starvation, dehydration, or hypothermia, or a particularly horrific combination involving all of the above.

Not all legends had old women carried to the mountaintops; some families opted to desert their loved ones deep within a heavily wooded area. The variation in location comes because the main objective was to position their elderly in a location where food, shelter and human contact would prove scarce if not impossible and eventually guarantee death — albeit a slow and painful one.

Some even speculate that the infamous “Suicide Forest” of Aokigahara, which rests at the base of Mt. Fuji, served as one Ubasute abandonment site.