Each autumn, countless people across Asia congregate to commemorate the Mid-Autumn Festival. Here's what that stunning celebration looks like. 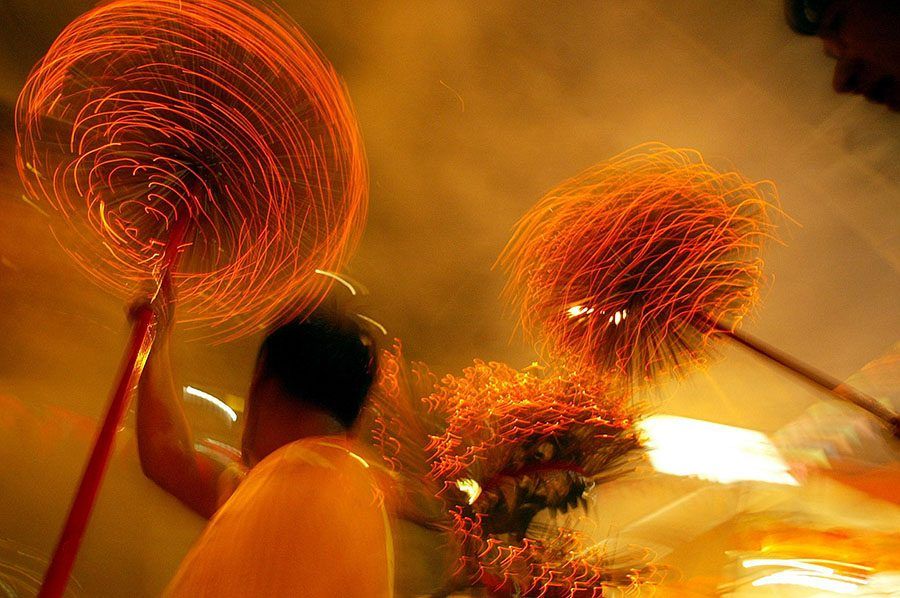 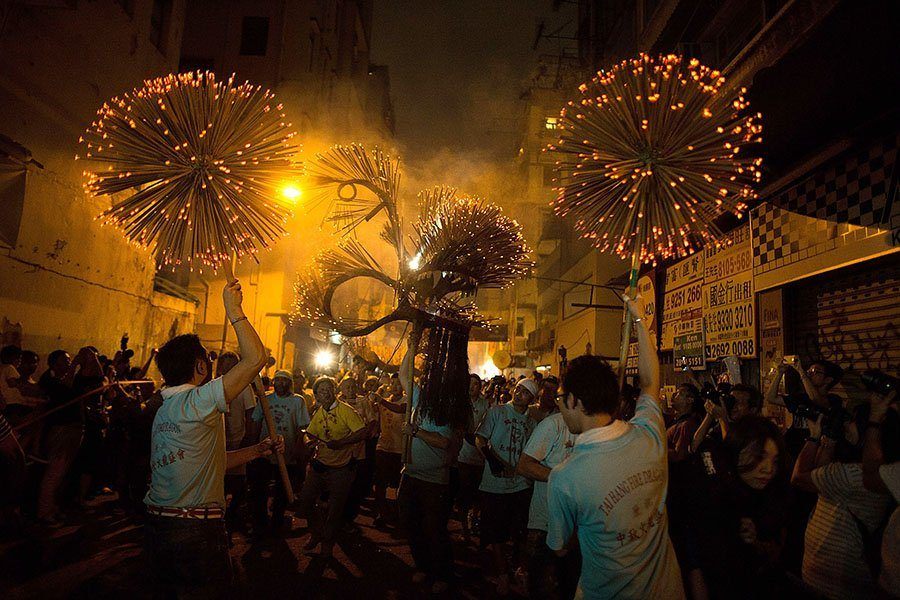 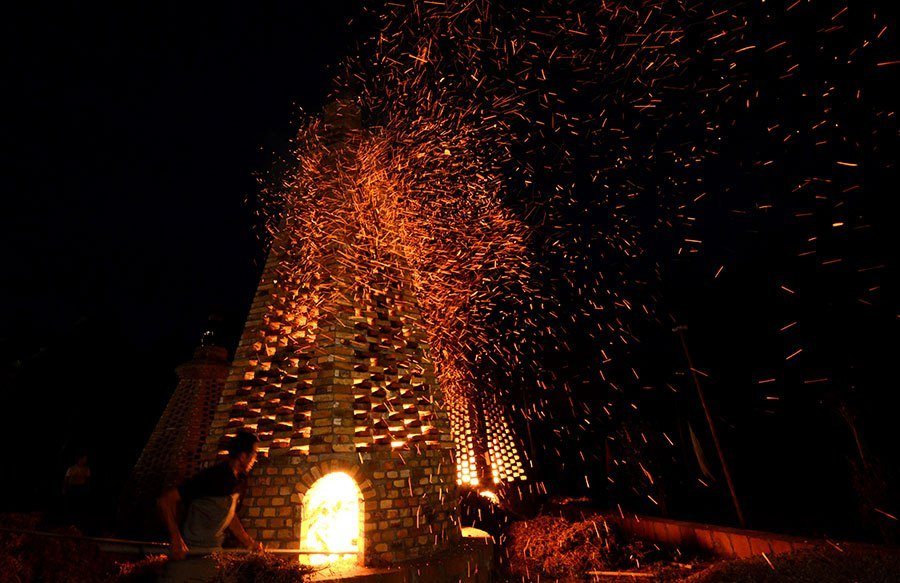 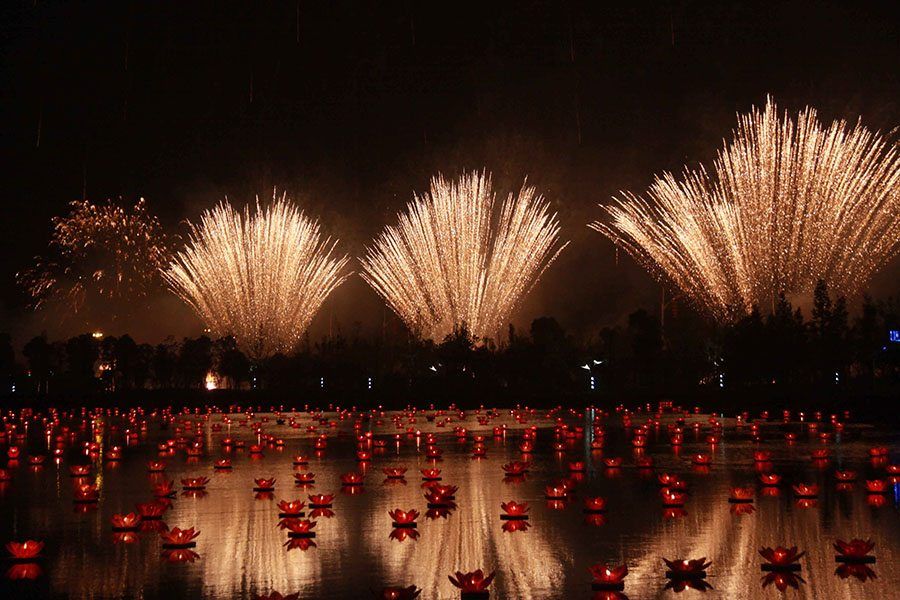 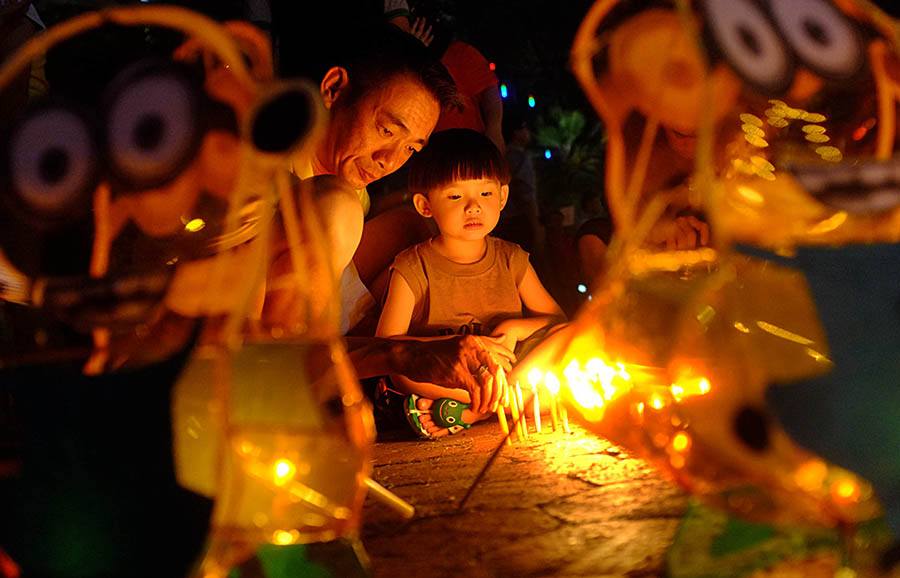 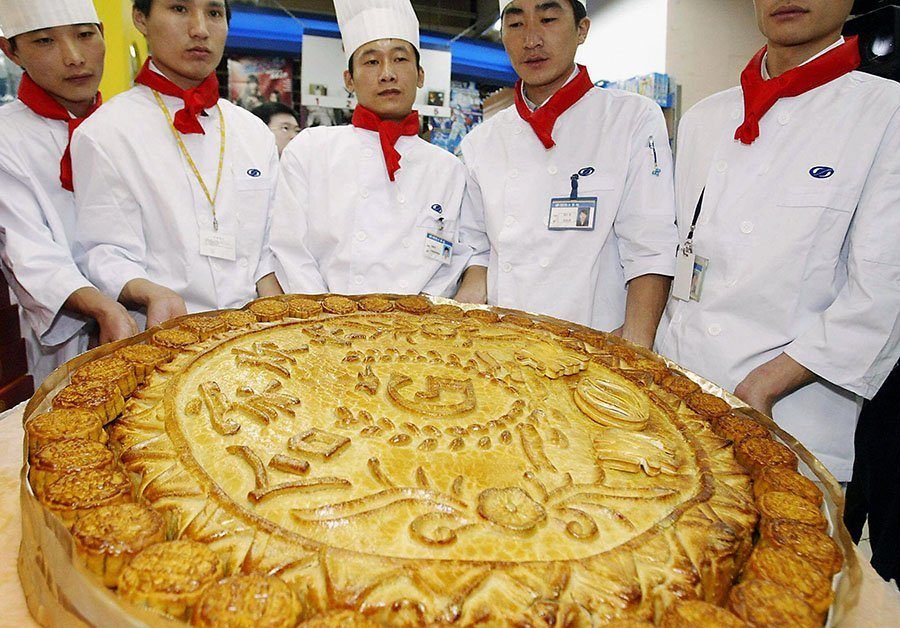 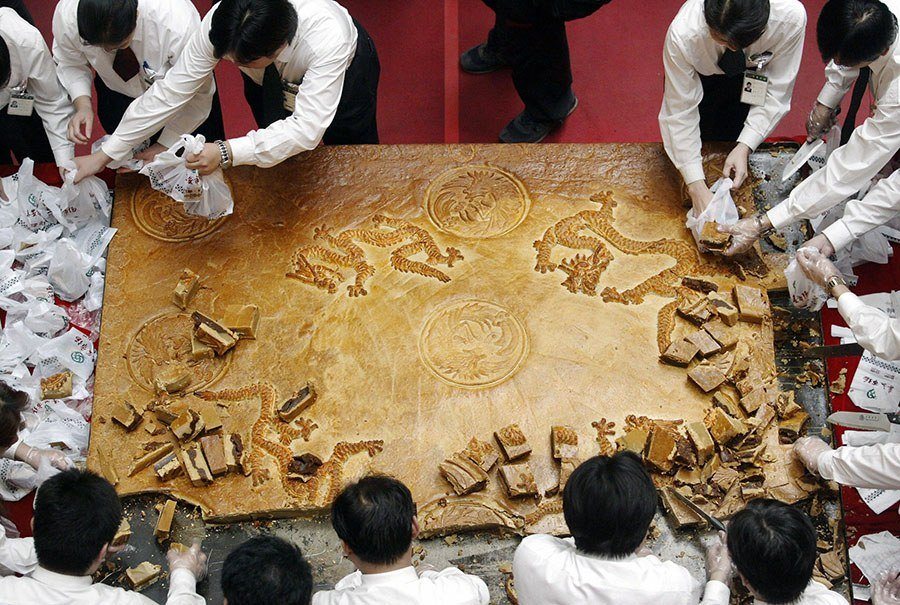 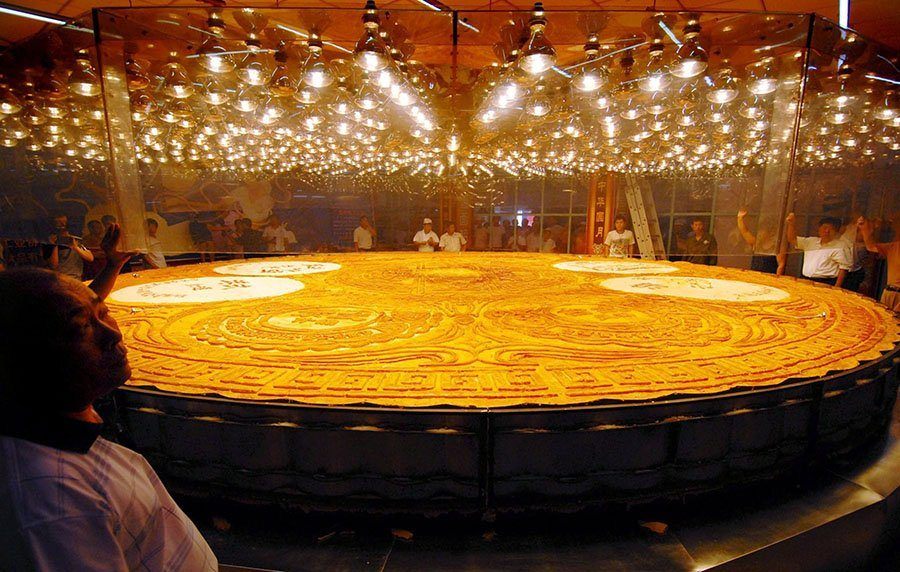 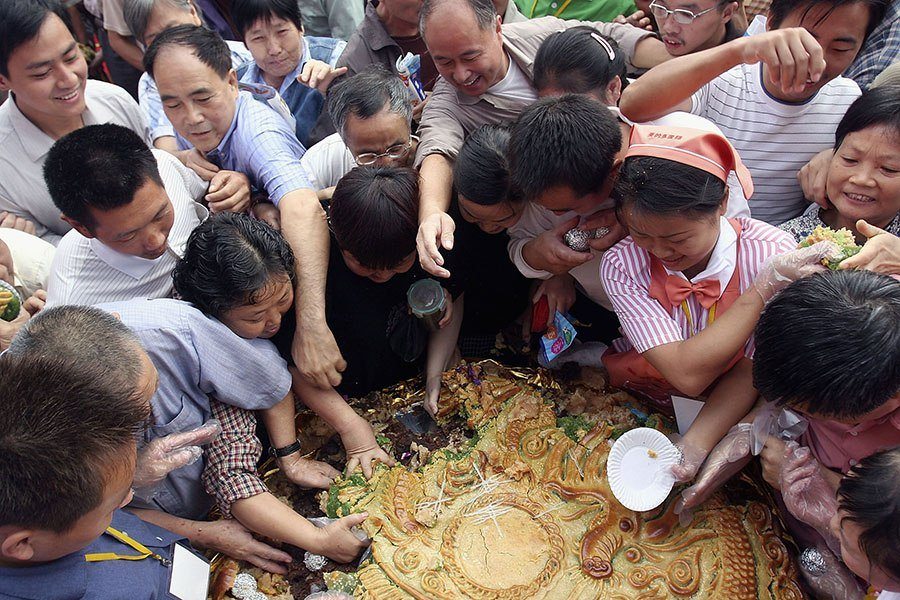 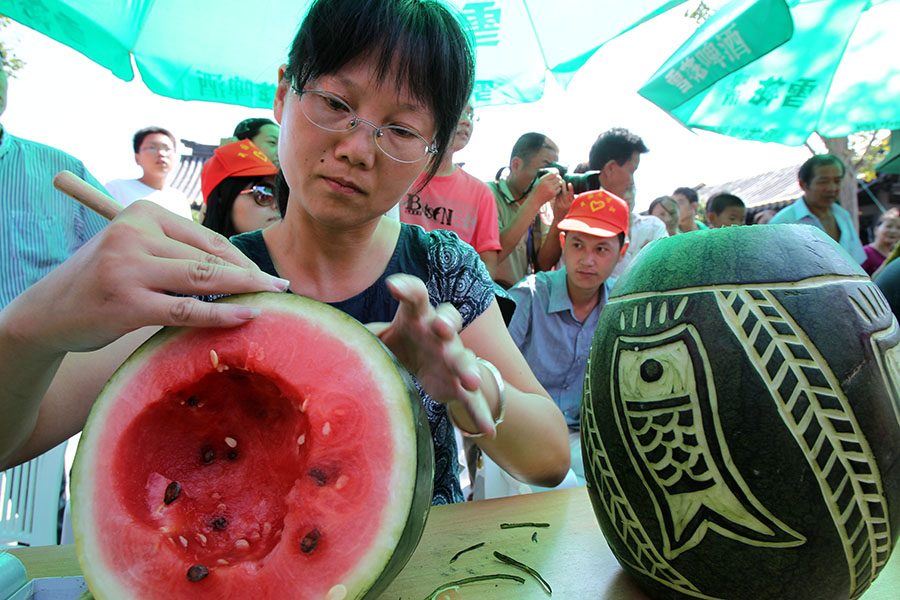 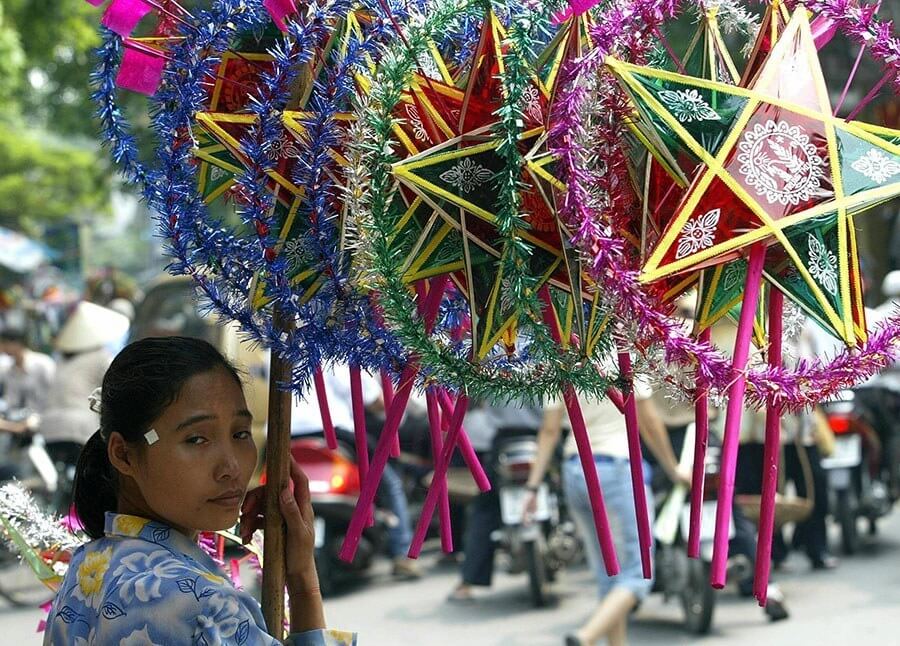 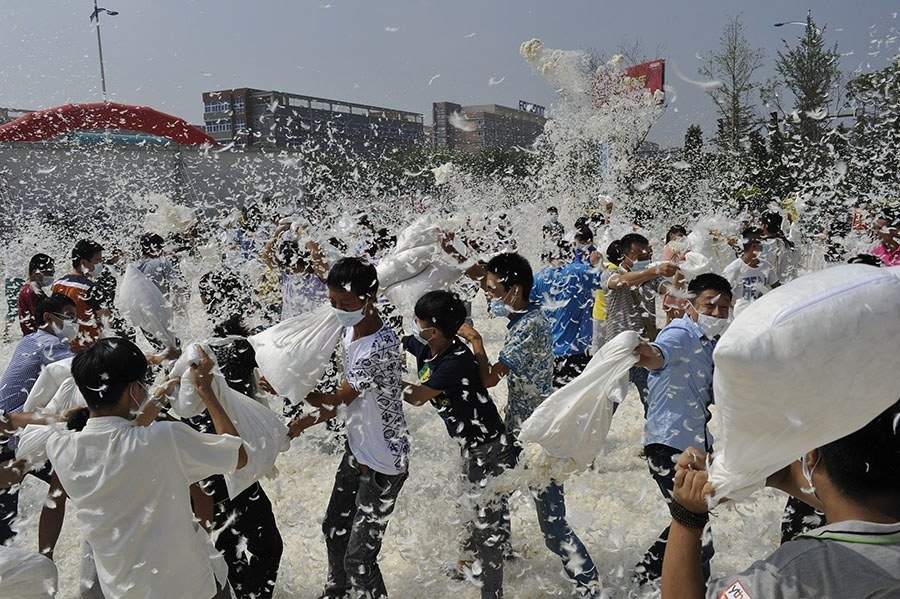 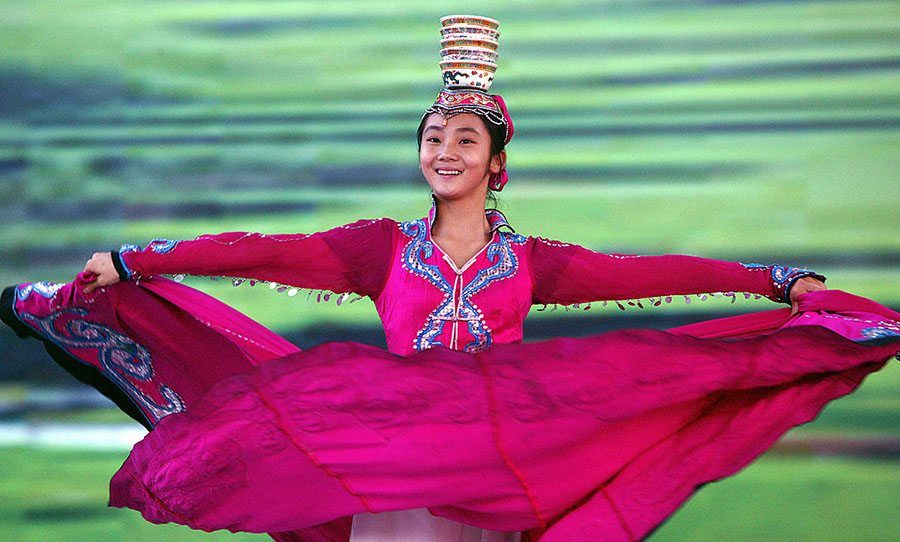 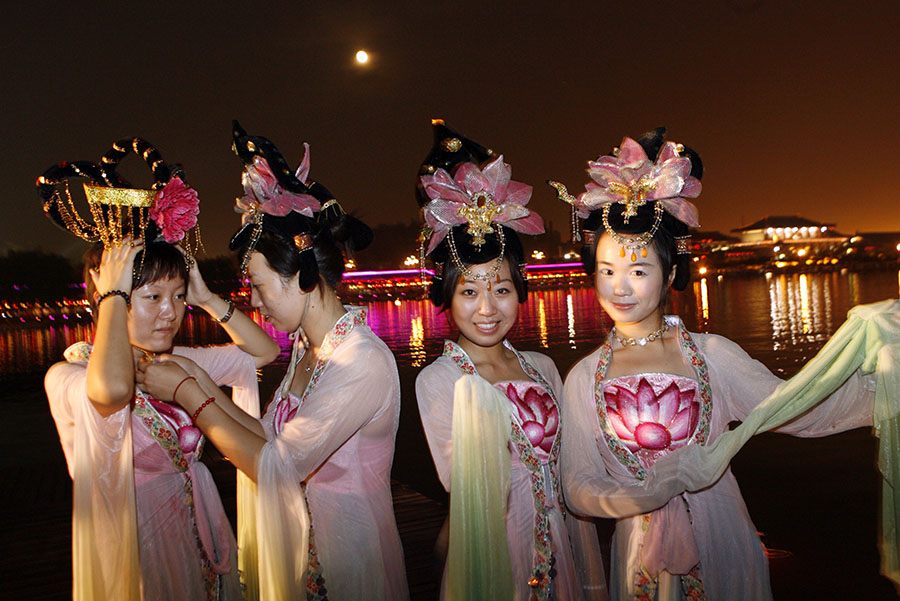 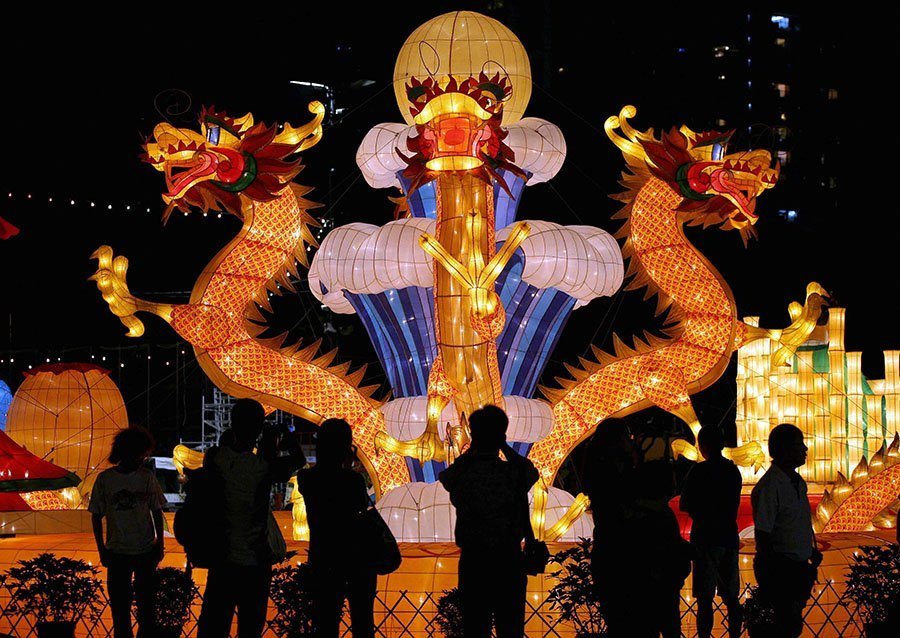 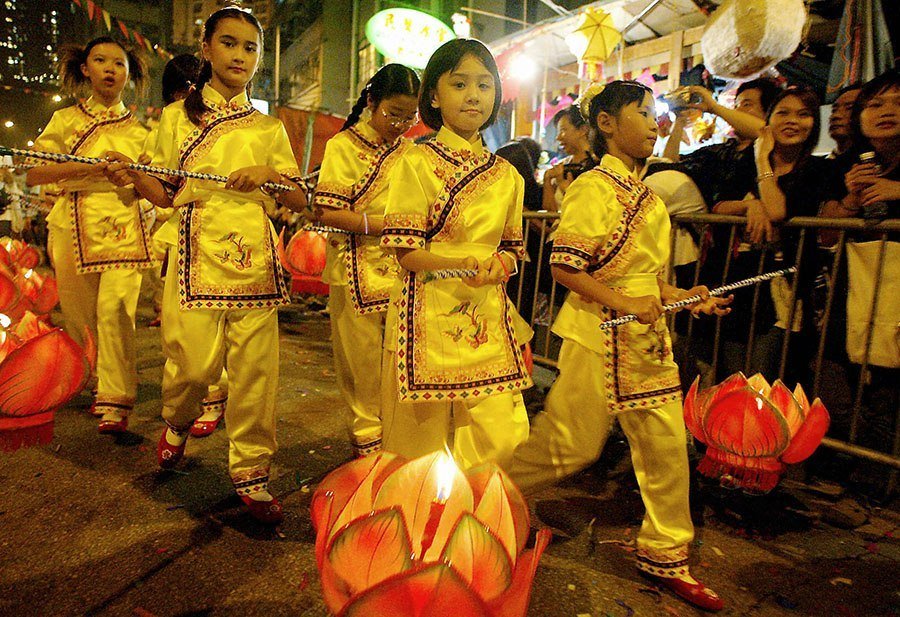 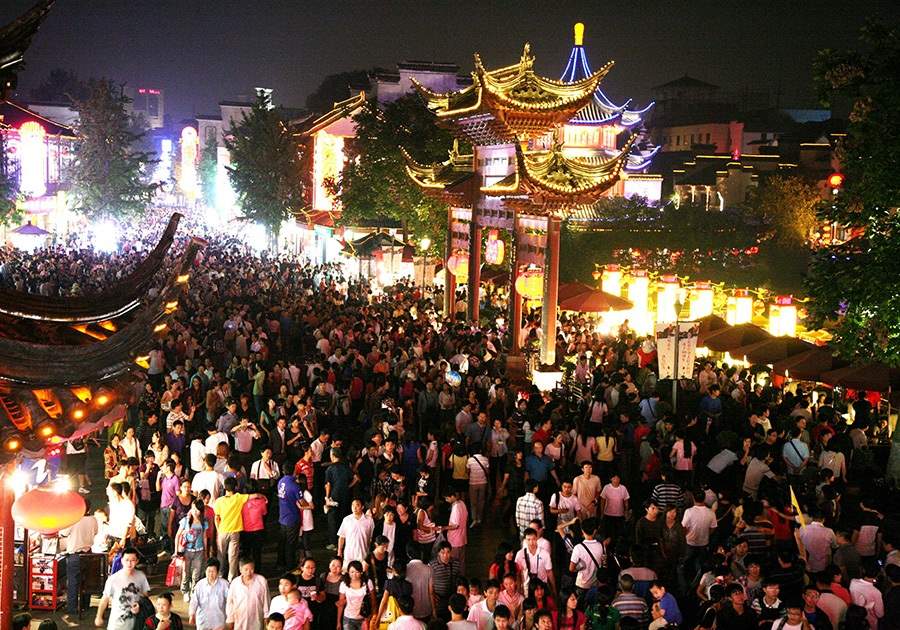 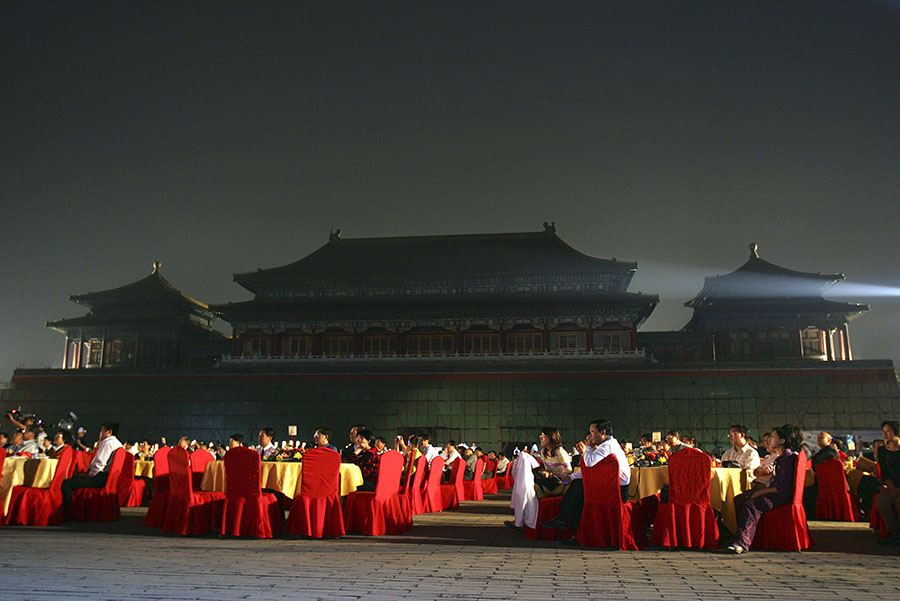 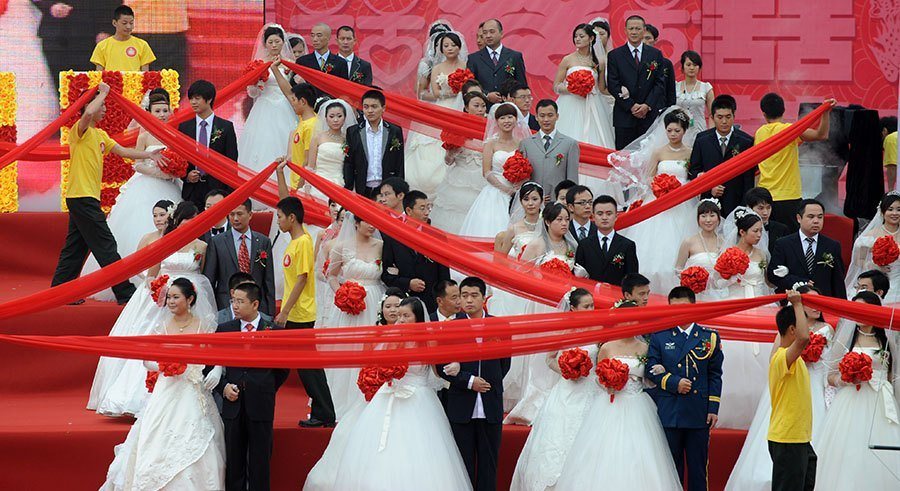 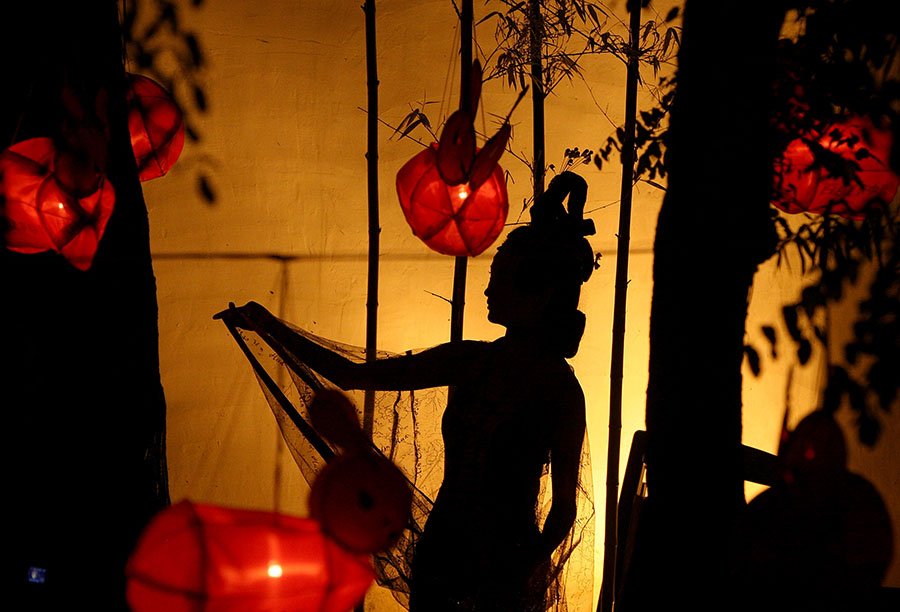 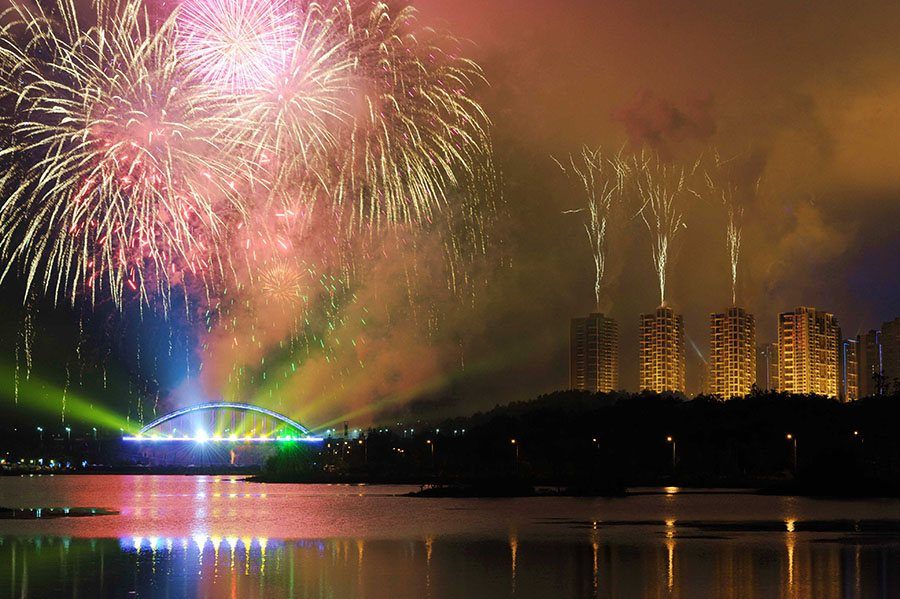 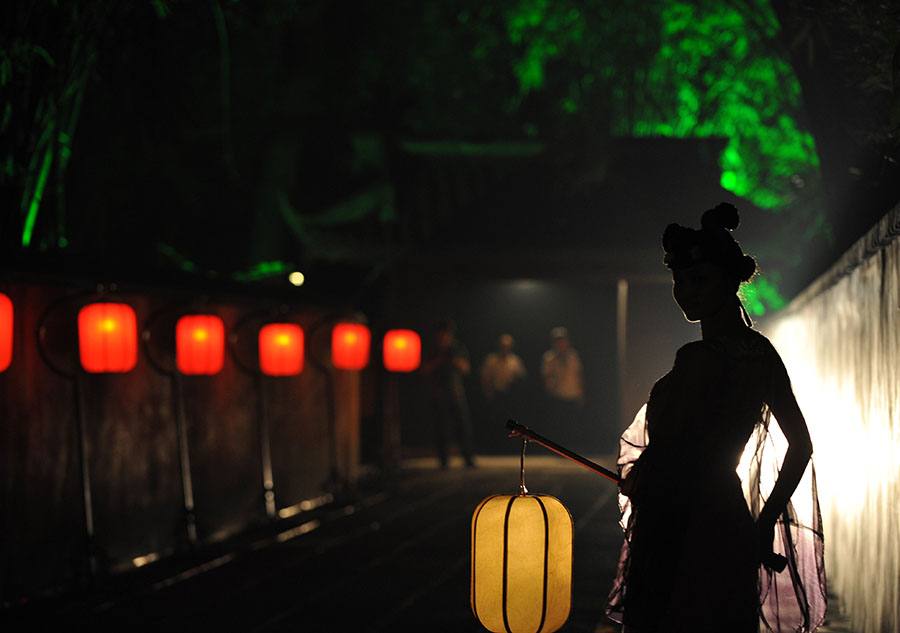 1 of 23
Residents of Tai Hang village in Hong Kong celebrate the Mid-Autumn Festival with their annual fire dragon dance.

In this dance, participants adorn a "dragon" with thousands of incense sticks and parade it through the streets.PETER PARKS/AFP/Getty Images
2 of 23
Another scene from the dragon dance. The Macy’s Thanksgiving Day Parade has nothing on east Asia's Mid-Autumn Festival.

Historians have traced the one-day, shock-to-the-senses event all the way back to the Shang Dynasty (1600-1046 BCE), where the story goes that the Hakka people of southeast China congregated to give thanks to the Mountain Gods for a successful harvest.

Thousands of years later, under the Tang Dynasty (618-907 AD), the event became an official festival. And though the places and means through which millions of people celebrate the annual autumnal festival have changed over time, the festival’s tenets — celebrating the season, giving thanks for the harvest and praying for a brighter future — have remained the same.

In practice, these values translate to burning incense, performing dragon and lion dances (particularly popular in China and Vietnam), lighting lanterns, and making mooncakes — lotus paste-filled pastries which can be as small as a plum or as large as a pool and signify familial unity.

Beyond the exorbitant light and food displays, the most notable events pertaining to the Mid-Autumn Festival center on matchmaking. Indeed, in certain parts of China, participants hold dances for single men to meet single women. In Vietnam, these courtship rituals have included singing competitions, wherein single men and women would perform songs until the best-rated man and woman remained. The two would be paired together as a “match,” and the cycle would thus repeat.

At present, the millennia-old festival takes place throughout China, Malaysia, Vietnam, Taiwan, Hong Kong, and neighboring countries — with its age-old traditions reminding us that larger-than-life celebrations of the season don’t necessarily have to involve retail.

For more fascinating celebrations from around the world, check out Turkey's camel wrestling festival and La Tomatina, a decades-old Spanish event where thousands of people congregate in a small town to hurl over 300,000 pounds of tomatoes at one another.