What Kind Of Person Thinks The Holocaust Didn’t Happen, And Why Do They Feel That Way?

How Holocaust denial first took root and where it's flourishing today. 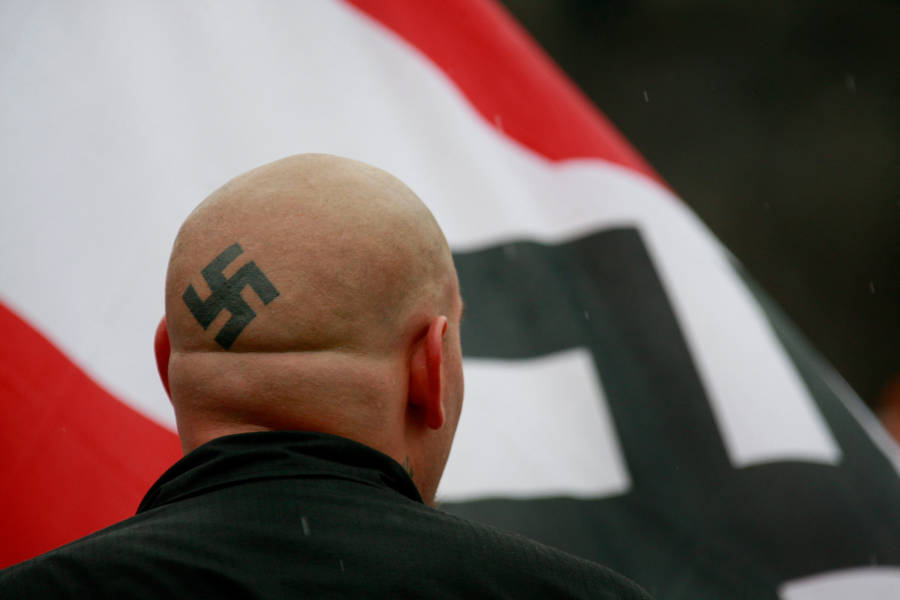 A 2014 survey revealed something shocking: Only about half the world’s population knows about the Holocaust.

Indeed, the survey — which consulting firm First International Resources conducted in over 100 countries and on 53,000 people — found that just over 54 percent of participants had heard of the Holocaust.

More surprising than that, only 33 percent of survey takers said that they had heard of the Holocaust and believed it had been “accurately described by history.”

The survey also found that significant proportions of people thought the Holocaust was a myth or greatly exaggerated (33 percent on average, 63 percent in the Middle East and North Africa); that Jewish people “still talk too much about what happened to them in the Holocaust” (39 percent in the Americas), and that the places that rank lowest and highest in terms of anti-Semitic views are Austria and the West Bank and Gaza, respectively. 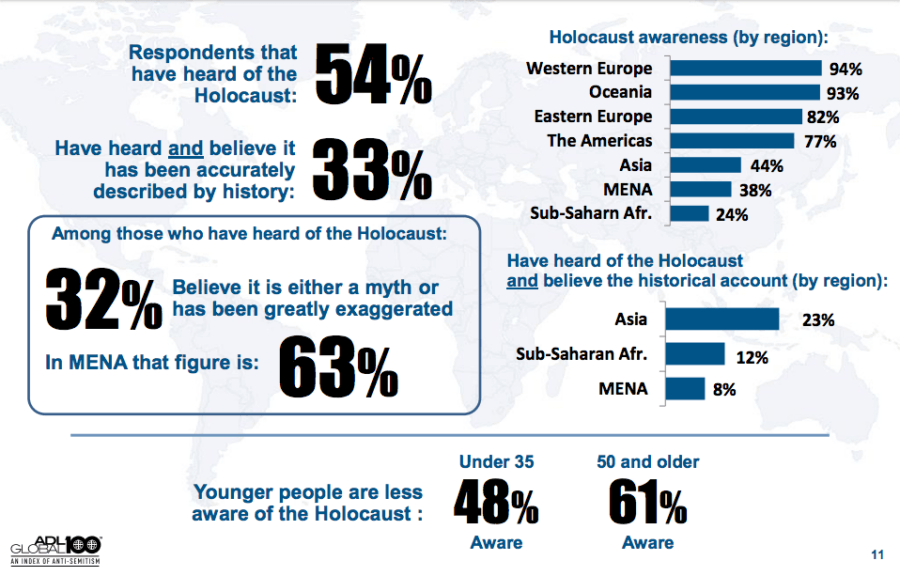 ADL Global 100A portion of the results from the 2014 survey in question.

So just who are these Holocaust deniers; why do they feel the way that they do, and perhaps most importantly — what do these attitudes suggest about the ways in which we consume and distort history?

The Origins Of Holocaust Denial 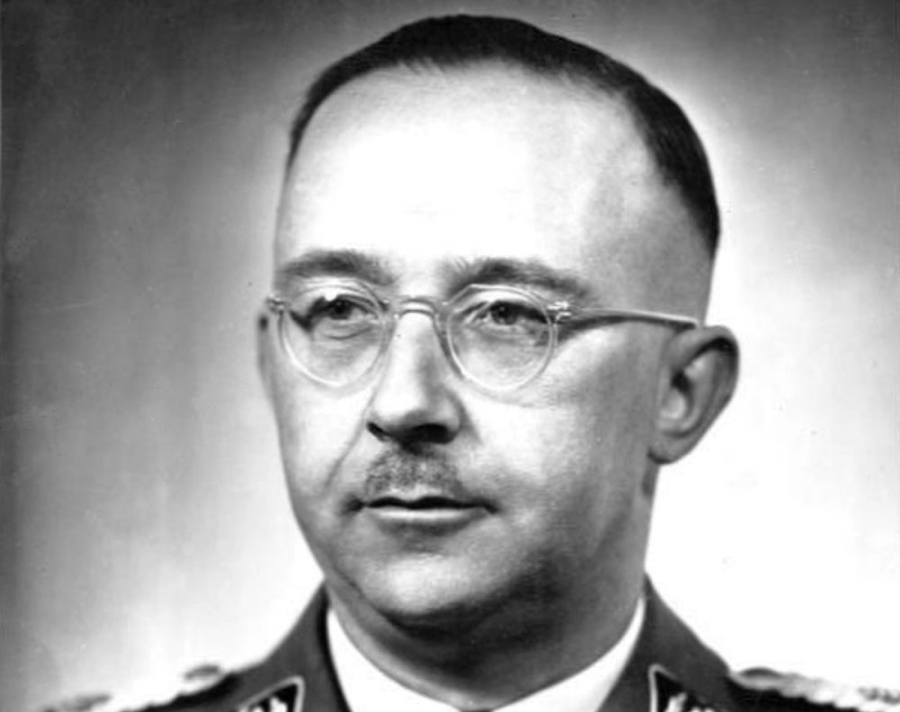 The Nazis’ own practices during the war did much to facilitate the birth of the Holocaust deniers movement.

Indeed, top Nazis often delivered instructions to exterminate “undesired” populations verbally, and only to those who needed to know. They would likewise use euphemisms — for instance, Sonderbehandlung literally meant “special treatment” whereas in reality it meant killing — to conceal the violence they committed.

And along with the corpses of those who died in concentration camps, the Nazis attempted to destroy what they did write down before World War II came to an end. 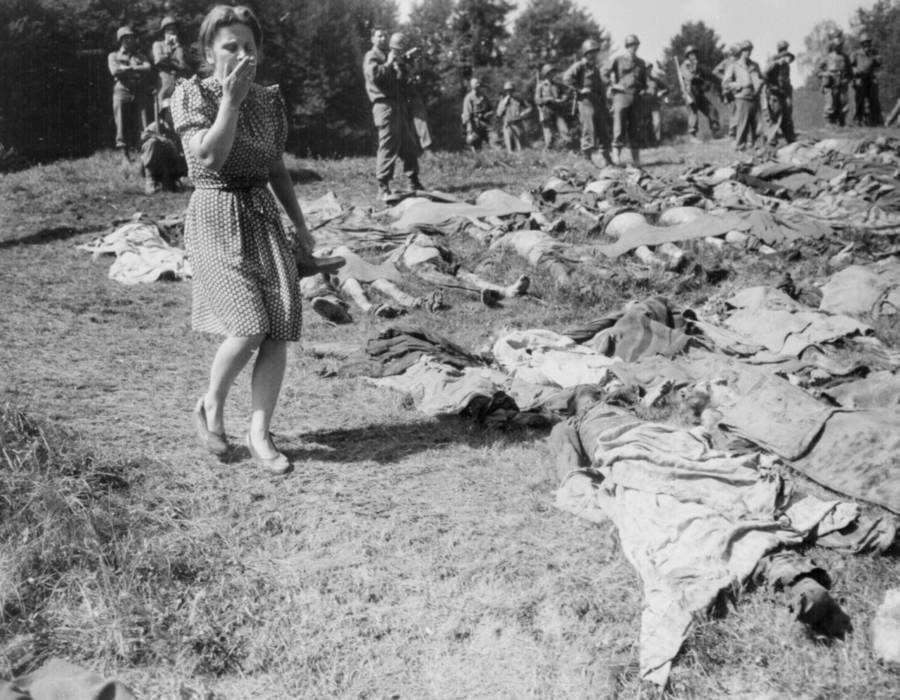 Wikimedia CommonsOn May 17, 1945, a German girls becomes overwhelmed as she walks among the corpses of the 800 prisoners killed by the Nazi SS at Namering, Germany.

According to Heinrich Himmler, this secrecy was by design. In October 1943, the SS police head and “Architect of the Final Solution” delivered a clandestine speech to Nazi party officials wherein he detailed the fact that the Holocaust was to be conducted in secret, and thus be “an unwritten and never-to-be-written page of glory in our history.”

These speeches, which Himmler delivered in Posen, Poland, came to be known as the Posen speeches. Beyond survivors’ accounts and site remains, they provide some of the most definitive proof that the German government consciously engaged in the systematic slaughter of millions of Jews.

In one speech, Himmler makes explicit mention of the Jewish genocide — something which had never been done by a Nazi party representative before:

They say the others are all swines, but this particular one is a splendid Jew. But none has observed it, endured it. Most of you here know what it means when 100 corpses lie next to each other, when there are 500 or when there are 1,000. To have endured this and at the same time to have remained a decent person — with exceptions due to human weaknesses — has made us tough, and is a glorious chapter that has not and will not be spoken of.”

And yet, Holocaust deniers use what appears in those very speeches to buttress their own beliefs.

First, they highlight what they view as translation errors — namely that the word “ausrottung” in Himmler’s speech does not mean exterminate, but deport. From there, Holocaust deniers say that Himmler did not talk about “exterminating” Jews, but “deporting” them.

While German language experts concede that there is flexibility in the term’s meaning in an abstract sense, when taken in the context of his subsequent remarks, they add that there is no way that Himmler could have meant anything besides extermination.