Some of the artifacts include an obsidian dagger and a severed head that was used as an incense holder. 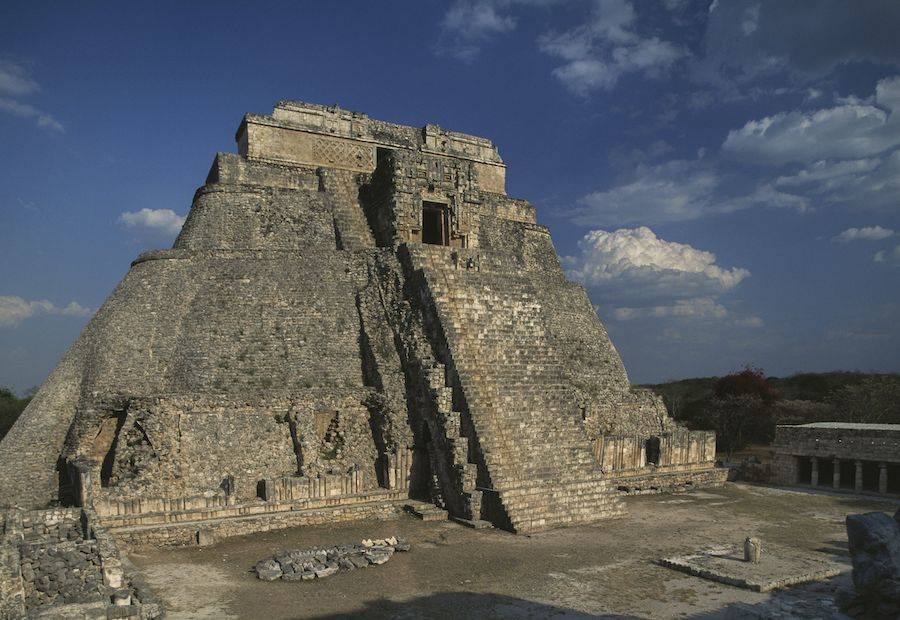 Getty ImagesView of the Pyramid of the Magician in Yucatan, Mexico.

Hundreds of Mayan artifacts have been found underwater in a Guatemalan lake, according to the Daily Mail.

Among the trove of relics were weaponry, like a stone mace head and an obsidian blade, which has led researchers to believe that the location of the finding could be where the last battle between the ancient tribesmen and the Spaniards took place.

It was not all that surprising that the artifacts were found in water. In fact, research team leader Magdalena Krzemień of Poland’s Jagiellonian University said that water held significant meaning to Mayans.

“[Water] was thought to be the door to the underworld, the world of death — Xibalba, where their gods live,” Krzemień explained.

Her team found hundreds of Mayan-specific relics underneath the waters of Lake Petén Itzá, near the island of Flores. The island was once home to Nojpeté, also known as Tayasal, which was supposedly the capital of the Maya.

The discovery is even more significant as it could represent the last battle before Spanish invaders colonized the Mayans on the island, instead of further west where most written sources believe the pivotal event to have taken place.

“We planned our dives according to written sources and a little bit of intuition. We wanted to check places that seem to be very important in the history of the Itza Maya group,” Krzemień said of the diving expedition.

Underneath the lake’s surface, researchers also found items that were commonly used by the Mayan people for ritual and sacrificial purposes, like an incense burner, glass blades and ceramic vessels, some of which contained animal bones. Another was carved with rites. 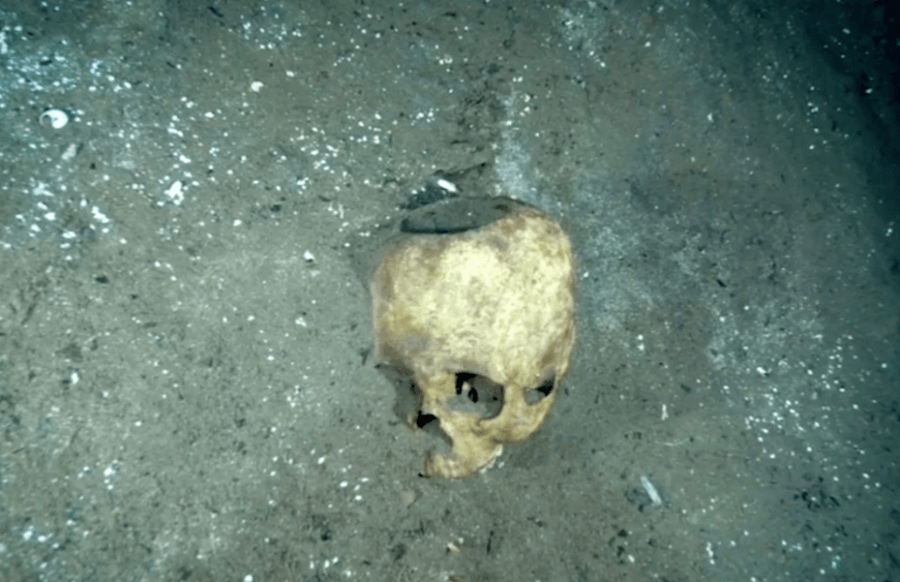 These items certainly seem to indicate that this location is indeed that of the last battle between the Maya and the Spaniards, as well as the center of ritual activity for the Itza Mayans.

“That is a great beginning to the process of better learning their customs, beliefs, and culture,” Krzemień said. Despite the incredible discovery, the team has remained cautious about pulling immediate conclusions from the expedition without further research.

Krzemień said that the next steps would be to confirm the context of the uncovered objects and whether they could have been swept from somewhere else by water movement to the location of the large trove. If the team can determine this, then at least one part of the lake could be deemed as a sacred place within Mayan culture.

But that’s not all. Sacrificial artifacts of the ancient civilization were also uncovered at least four hundred miles away in the old Mayan city of Chichen Itza in Mexico, where mysterious underwater caves were recently found by a separate team of scientists.

The New York Post reported that a recent exploration into the watery caves found an ancient skull that is believed to have been used as an incense burner by a Mayan tribe.

Archaeologist Guillermo De Anda led the team that discovered the horrific artifact which likely came from an individual who was sacrificed to the gods. The tribesmen then cut off the sacrificial human head and used it to burn incense. Experts said it was difficult to pinpoint when the person was killed.

His team also found several other skeletons and an arsenal of ceramics and pottery.

The underwater caves have only recently been discovered, making Guillermo and his team the first ones to explore them. The team’s findings were part of a new documentary series on National Geogrpahic uncovering Mayan relics, called “Lost Treasures of the Maya.”

Guillermo suspected that the caves could lead to a sacred cenote, a natural underwater pool. The Mayans considered these cenotes as sacred spaces and one of them possibly exists beneath the El Castillo pyramid of the old Chichen Itza city.

The cenote of El Castillo, Guillermo hypothesized, could be the reason that the Mayan city had been built in that location.

As more discoveries from ancient Mayans are unearthed, it is clear that we still have much to learn about the powerful civilization that once ruled the land and its waters.

Next, learn about the 1,000-year-old Mayan artifacts that were uncovered beneath the ancient ruins at the Balamku Cave. Then, read about the ancient Stone Age settlement discovered at the bottom of a lake in Finland.