The ritual space will help to rewrite the story of Chichén Itzá — and ultimately what we know about the history of the Mayans. 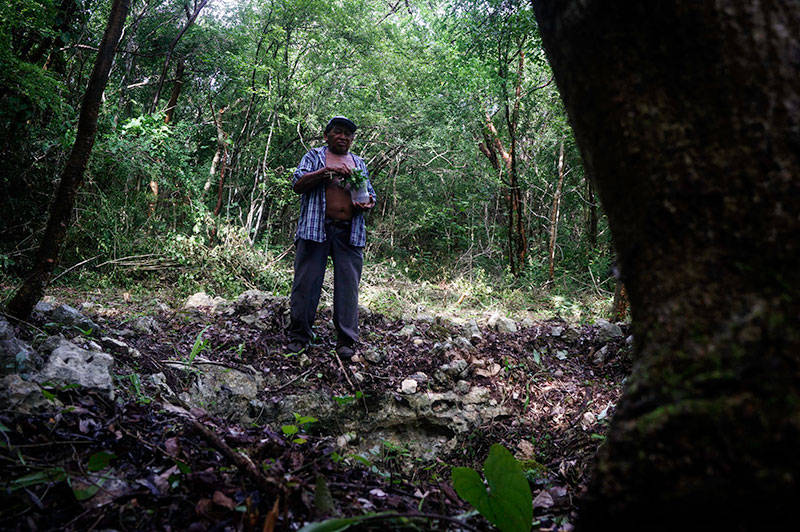 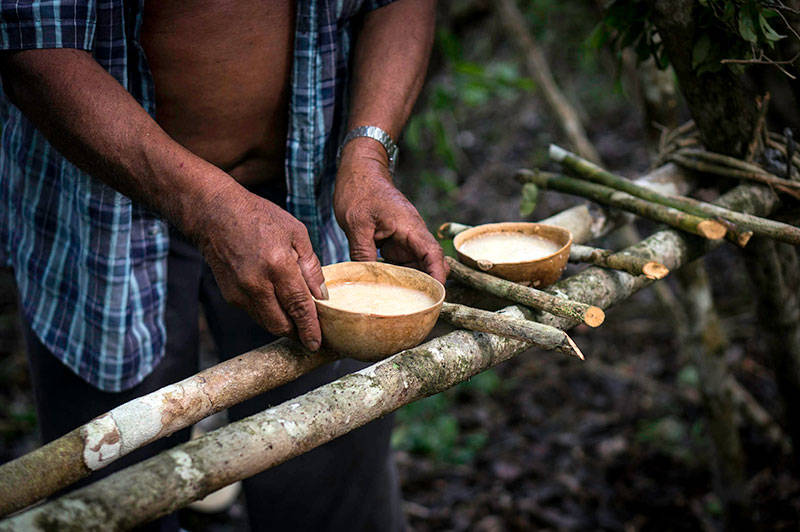 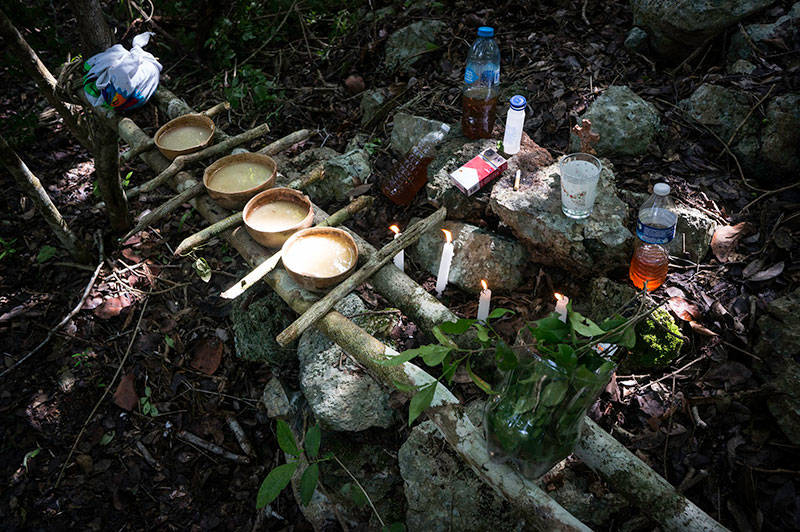 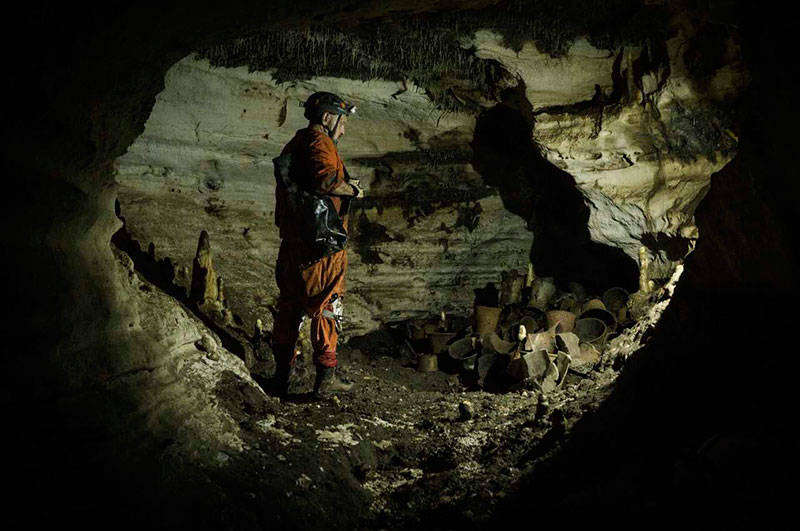 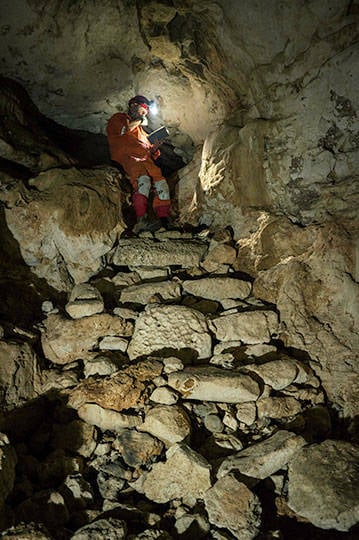 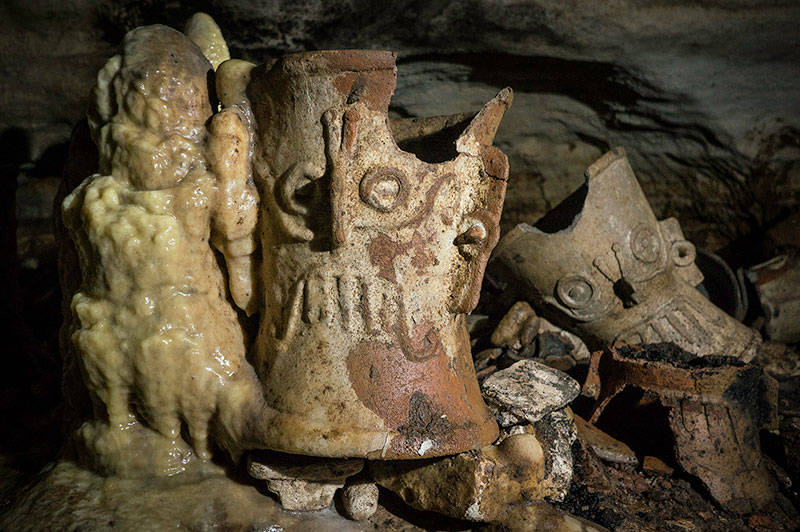 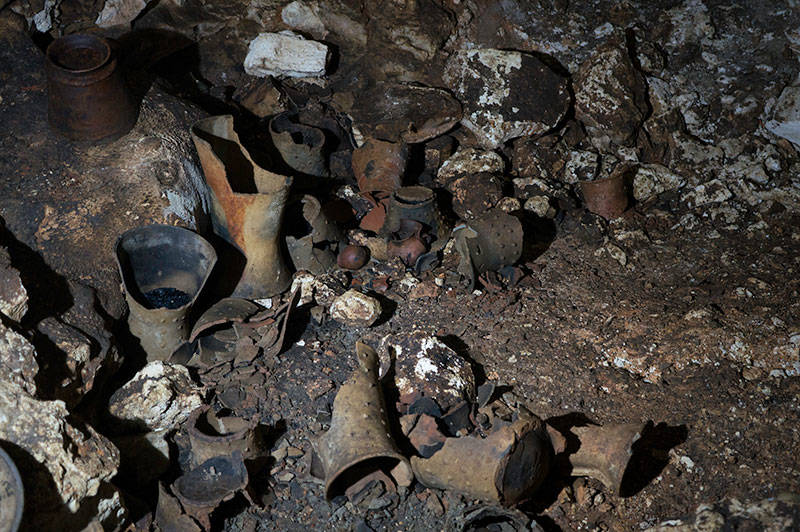 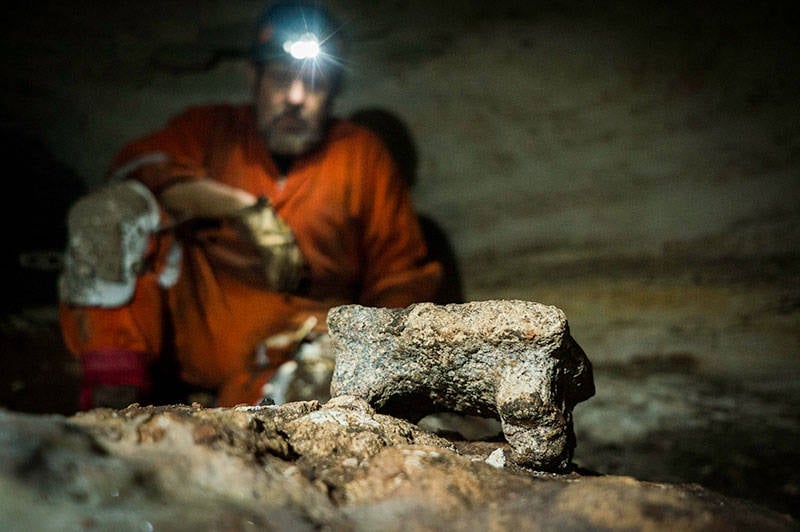 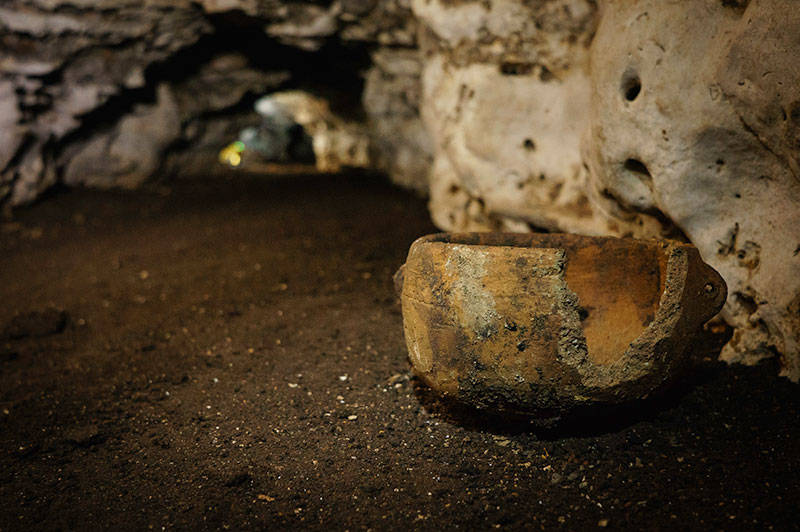 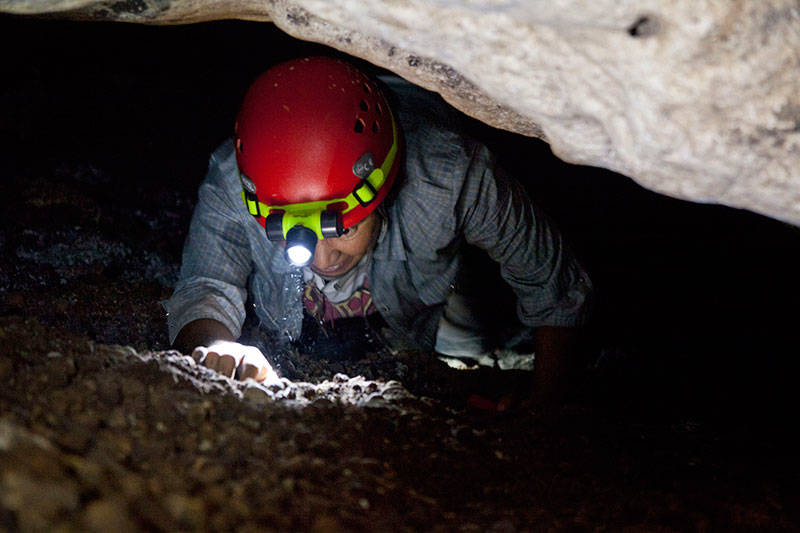 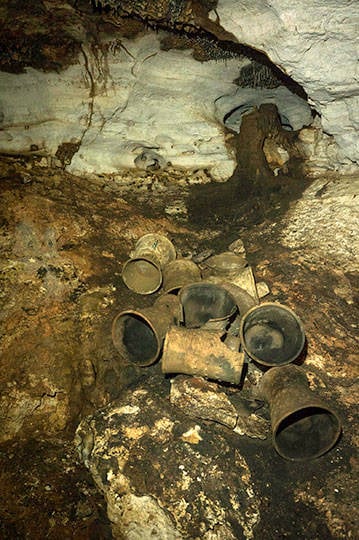 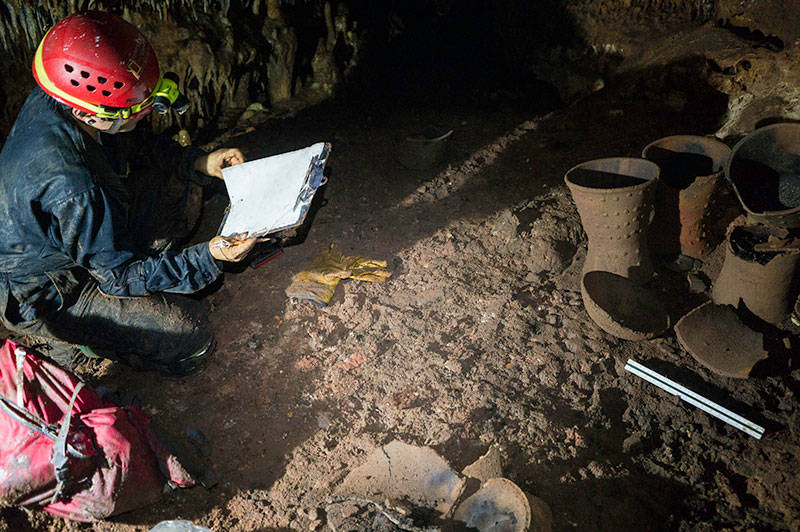 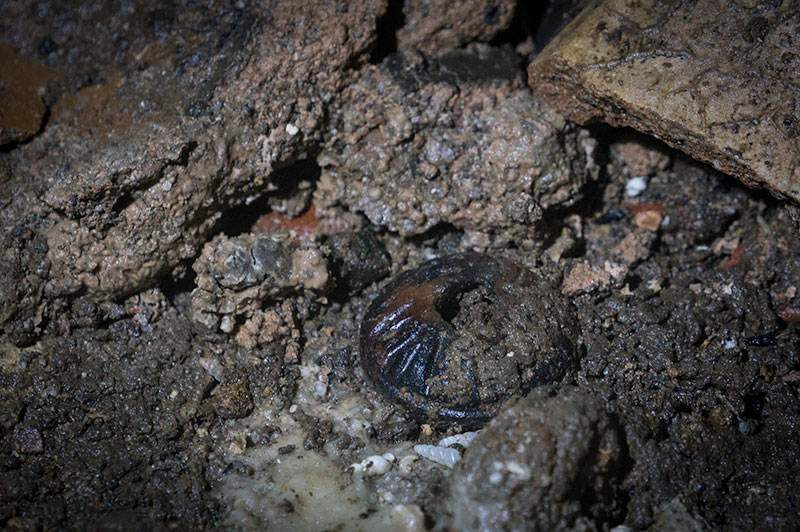 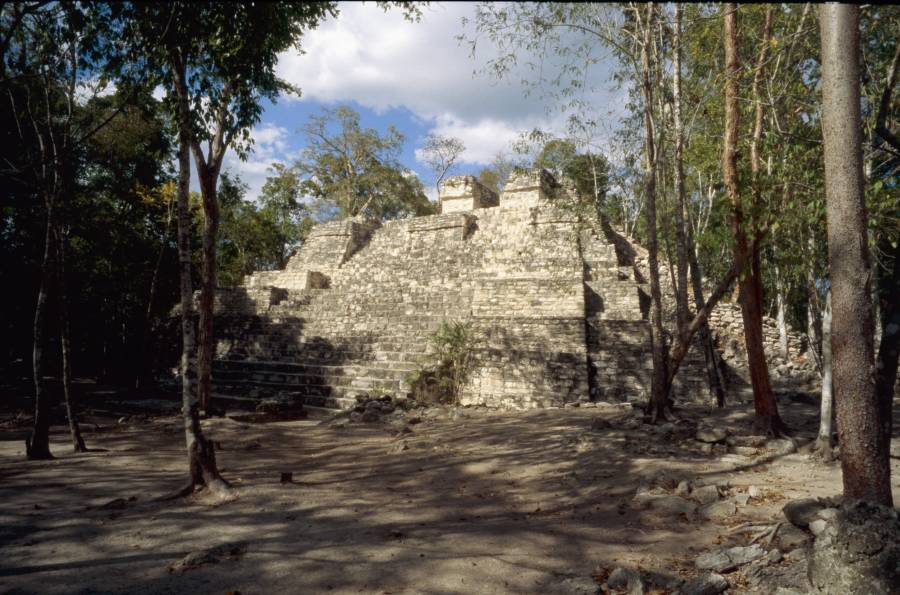 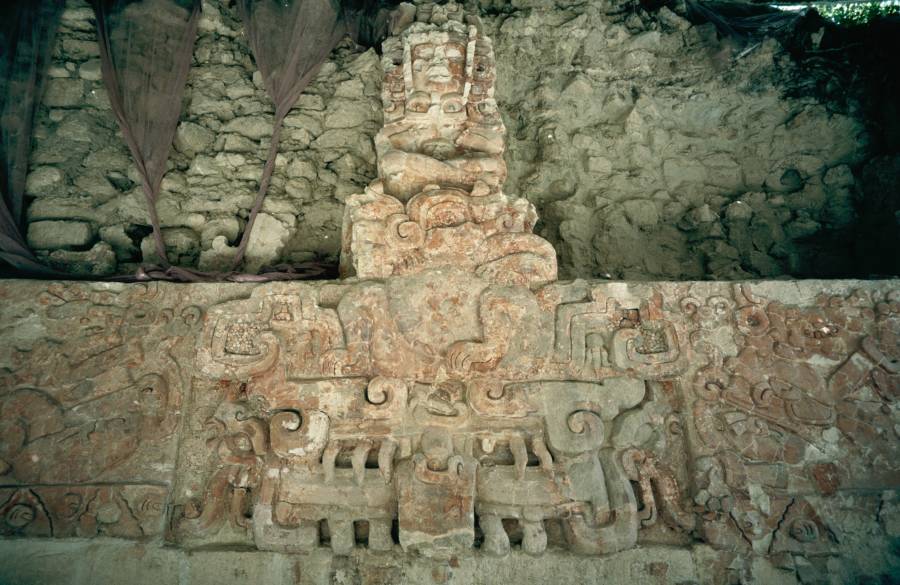 During a recent search under the ancient Mexican ruins of Chichén Itzá, archaeologists uncovered something exhilarating: the lost Balamkú cave of the Mayans filled with treasures undisturbed for probably 1,000 years.

On Mexico's Yucatán Peninsula, explorers with the Great Maya Aquifer Project crawled through the maze that is the Balamkú cave deep below the Mayan ruins of Chichén Itzá. The researchers were mapping and investigating the complex water table beneath the ruins, when instead they found a "scientific treasure."

After shimmying flat on their stomachs for hours through extremely narrow passages in the Balamkú cave, researchers stumbled across ritual objects like vases, incense burners, and decorated plates. The vessels were concreted with stalagmites and retained the remains of food, seeds, jade, shell, and bones. There are artifacts shaped like the Mayan rain God Tláloc which leads researchers to believe that the items were offerings to the God.

Researchers are optimistic that these artifacts will give clues about the rise and fall of Chichén Itzá, a city home to millions during the 13th century. So far, explorers have identified 155 artifacts that are estimated to be as old as 1,000 years in near untouched condition.

Mexican archaeologist Guillermo de Anda, who is also the director of the Great Maya Aquifer Project, said of his discovery that "I couldn’t speak, I started to cry. I’ve analyzed human remains in [Chichén Itzá’s] Sacred Cenote, but nothing compares to the sensation I had entering, alone, for the first time in that cave."

One theory for the sacred underground trove was that a great drought between 700 and 1,000 A.D. had forced the Mayans to perform holy ceremonies underground. This would certainly explain the presence of artifacts meant for their rain God.

De Anda thinks that the Mayans must have considered the winding cave system 80 feet below ground "the bowels of the gods."

Indeed, the city of Chichén Itzá was built atop a network of waterways including sinkholes called cenotes, which the ancient Mayans believed were sacred portals to the world of the Gods. De Anda's team has so far trekked some 1,500 feet into the tunnel system and do not yet know just how deep it goes.

"You almost feel the presence of the Maya who deposited these things in there," he added.

The Balamkú (jaguar god) cave was originally discovered by farmers in 1966. The farmers alerted authorities who sent archaeologist Víctor Segovia Pinto on behalf of the National Institute of Anthropology and History. Pinot visited the site and reported that there were indeed artifacts in it, but instead of exploring the cave, he ordered the farmers to seal it up — and so it remained until only recently.

68-year-old local Luis Un was a child when the farmers initially stumbled across the cave, and he brought it to the attention of de Anda again just last year. Locals warned de Anda that a venomous coral snake guarded the cave's entrance and such a venomous creature did exist and did indeed block de Anda from entering the cave for a few days.

Before entry, de Anda and his team were required by the locals to perform a purification ceremony of the cave. The artifacts will not be removed from the cave but rather studied where they currently lie. Why Pinto originally advised the farmers to seal the cave is still under debate, but researchers are nonetheless ecstatic to have a second chance at exploring it.

"Balamkú can tell us not only the moment of collapse of Chichén Itzá," said de Anda. "It can also probably tell us the moment of its beginning. Now, we have a sealed context, with a great quantity of information, including useable organic matter, that we can use to understand the development of Chichén Itzá."

After this dive into the ancient Balamkú cave system, read about what experts think actually wiped out the Mayan civilization. Then, check out these ancient ruins found in Canada that are older than the pyramids.