The sinkholes of the Yucatán Peninsula are full of treasure: incredible dives, Maya artifacts, ancient human sacrifices, and the most unbelievable sight of all — an underwater river. 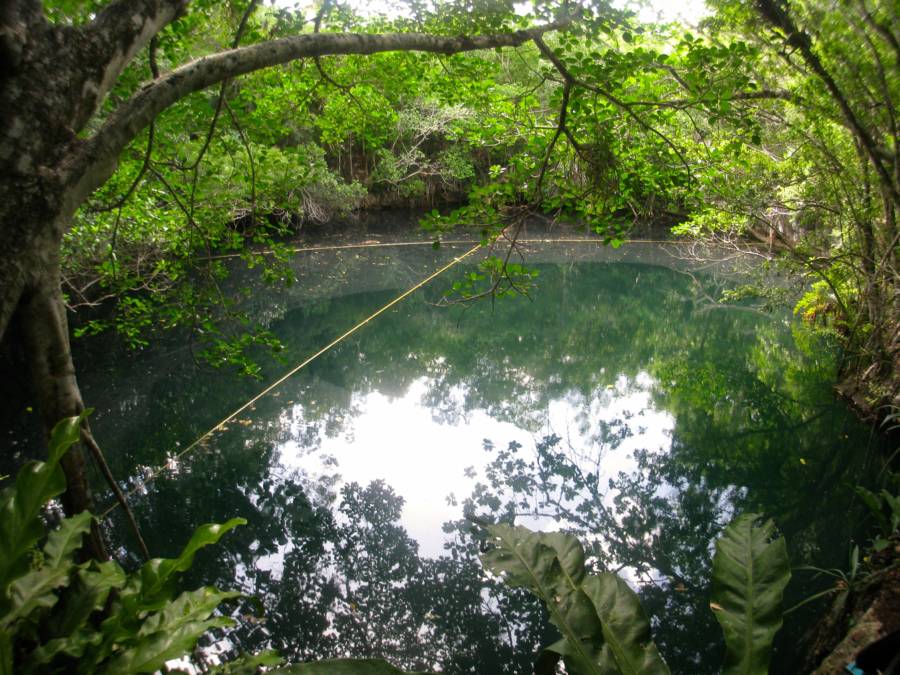 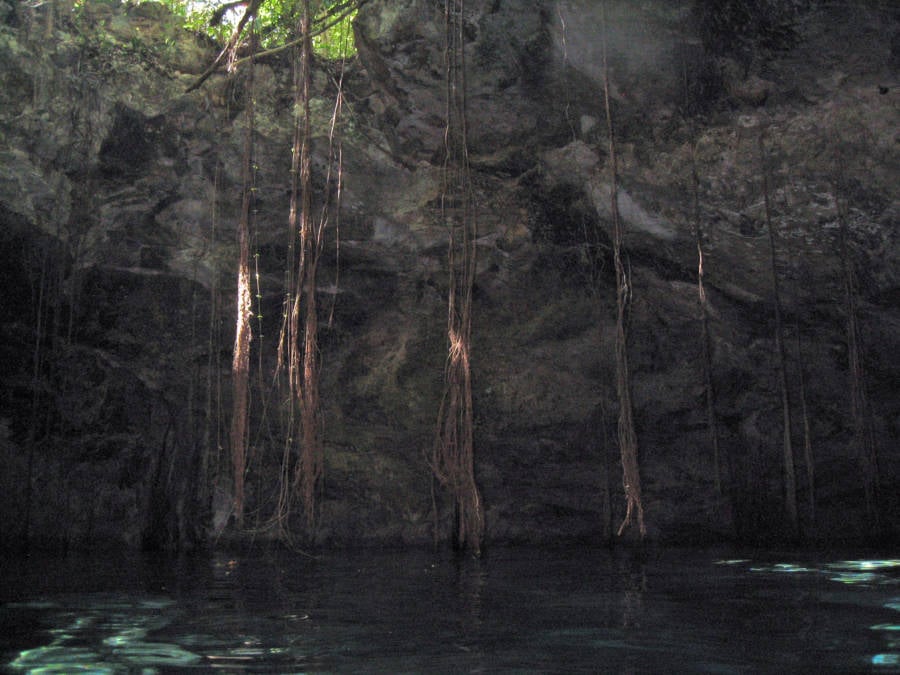 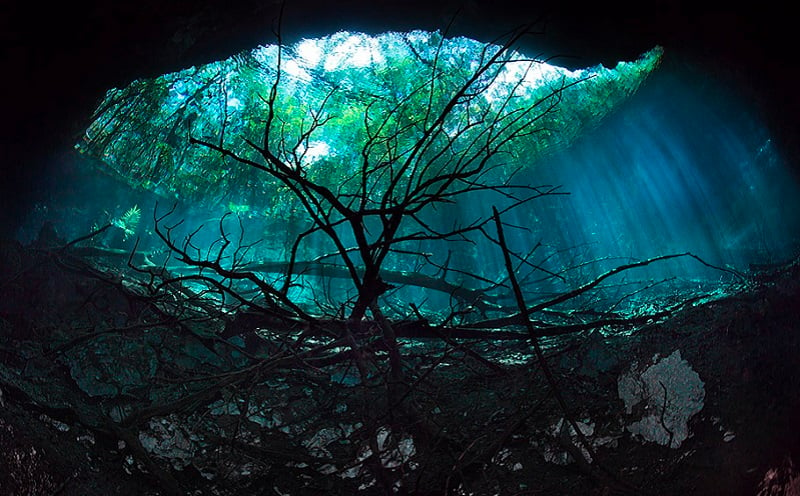 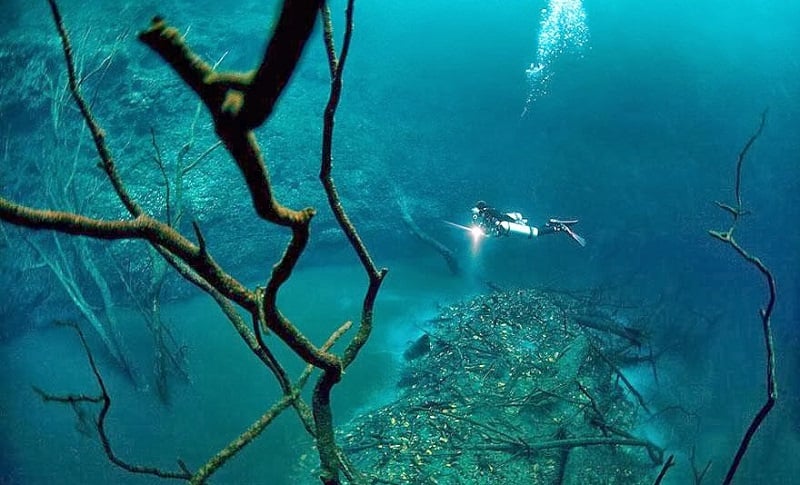 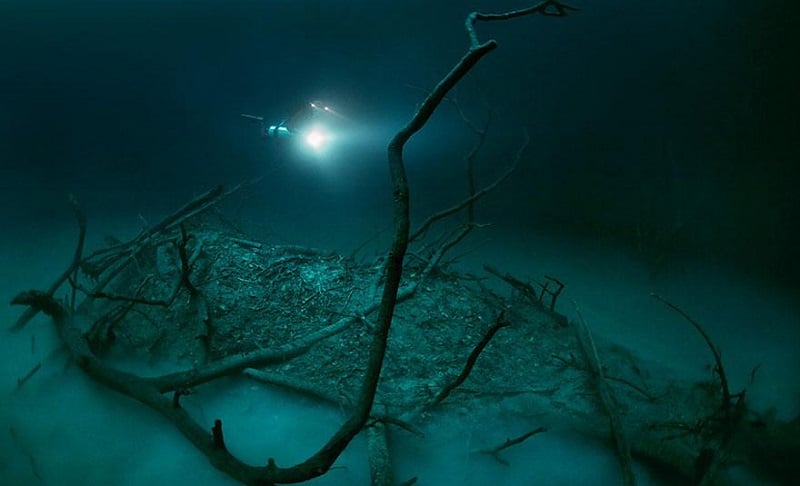 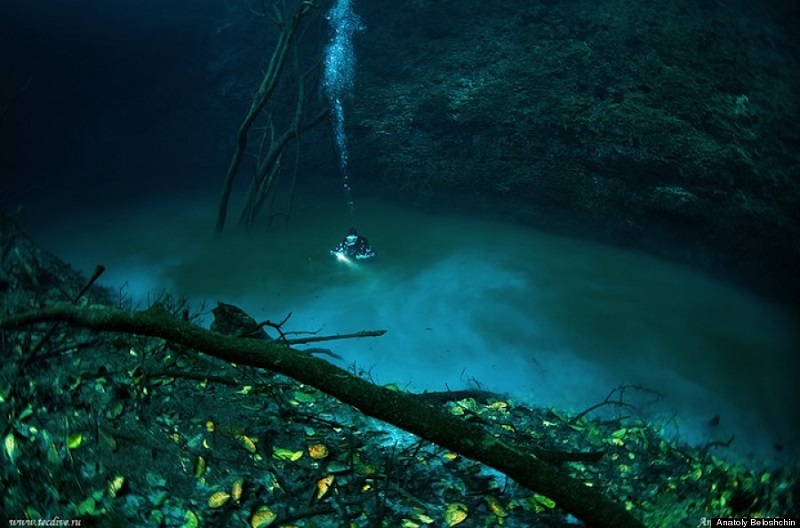 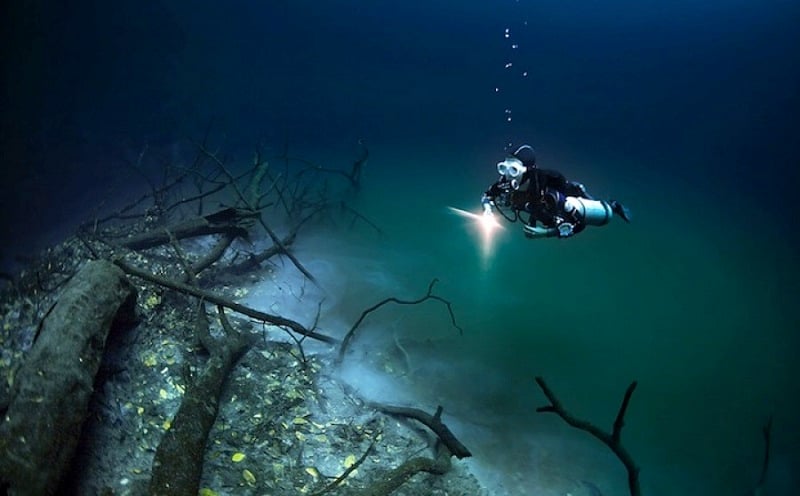 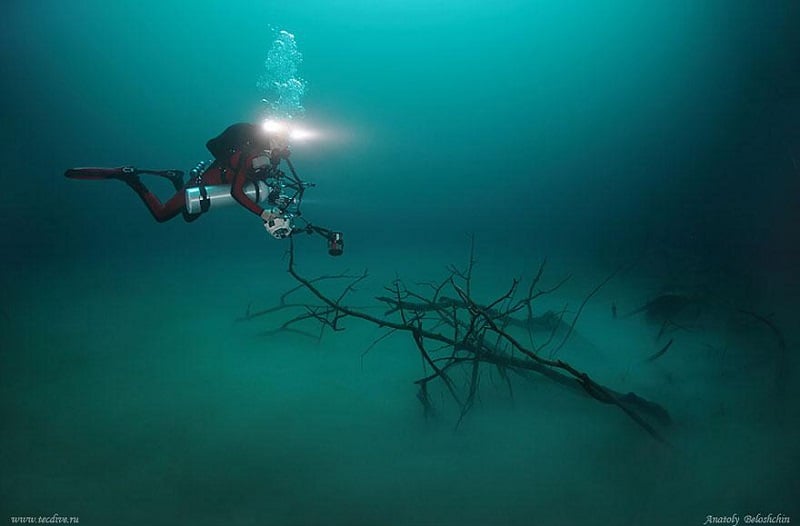 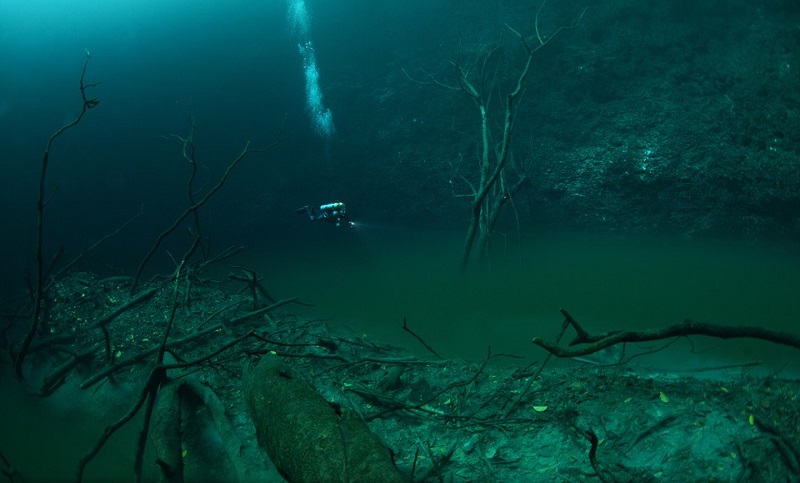 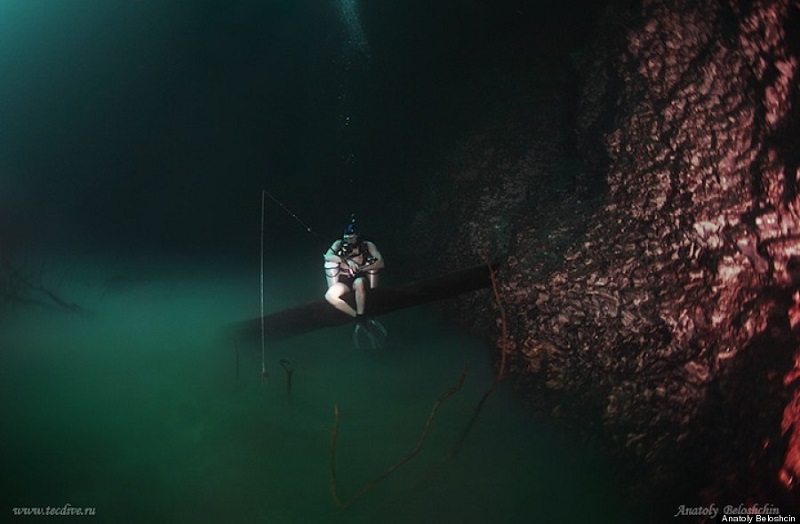 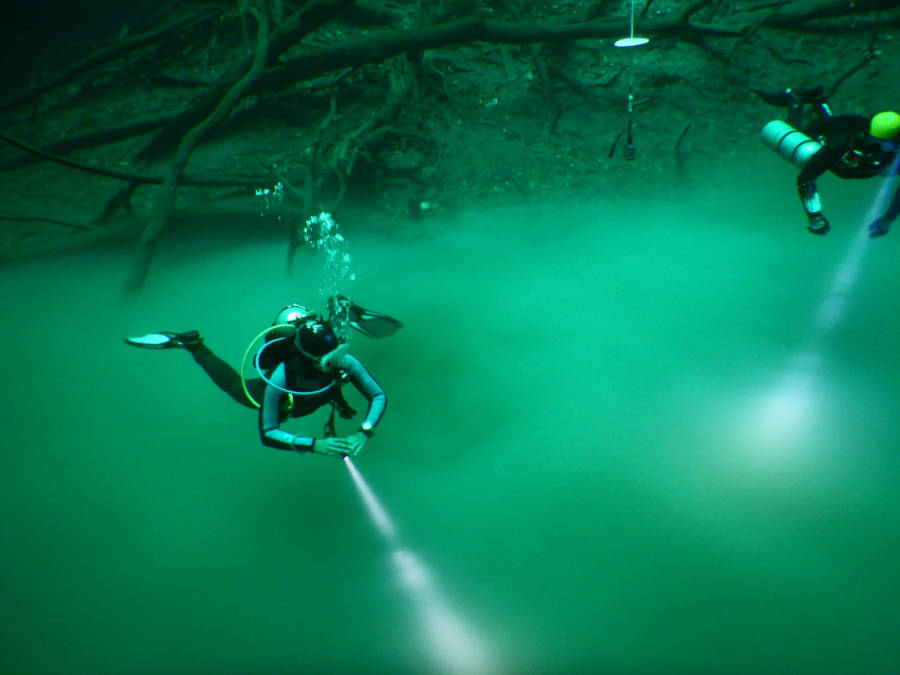 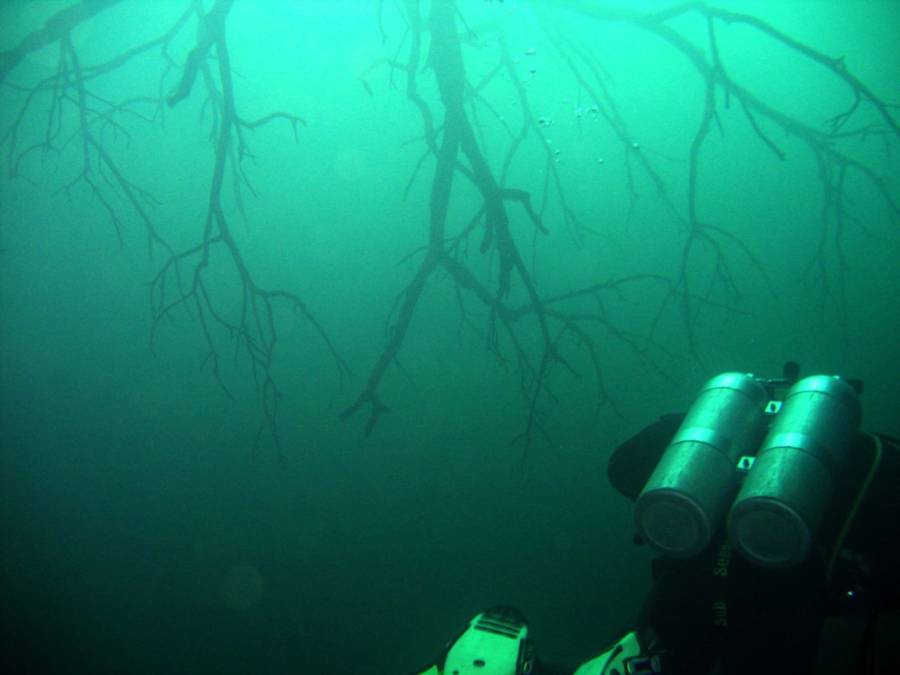 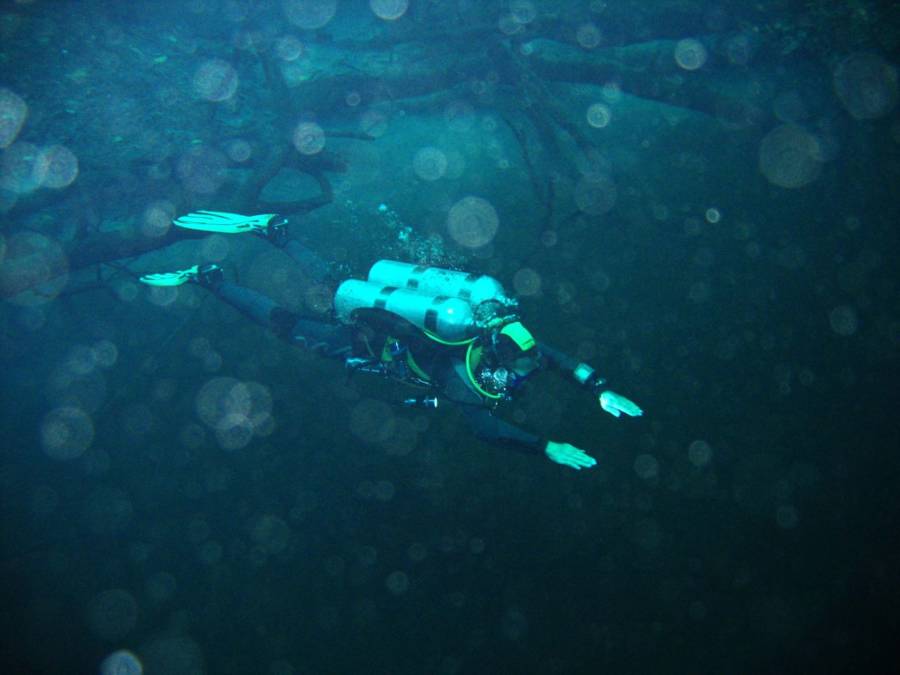 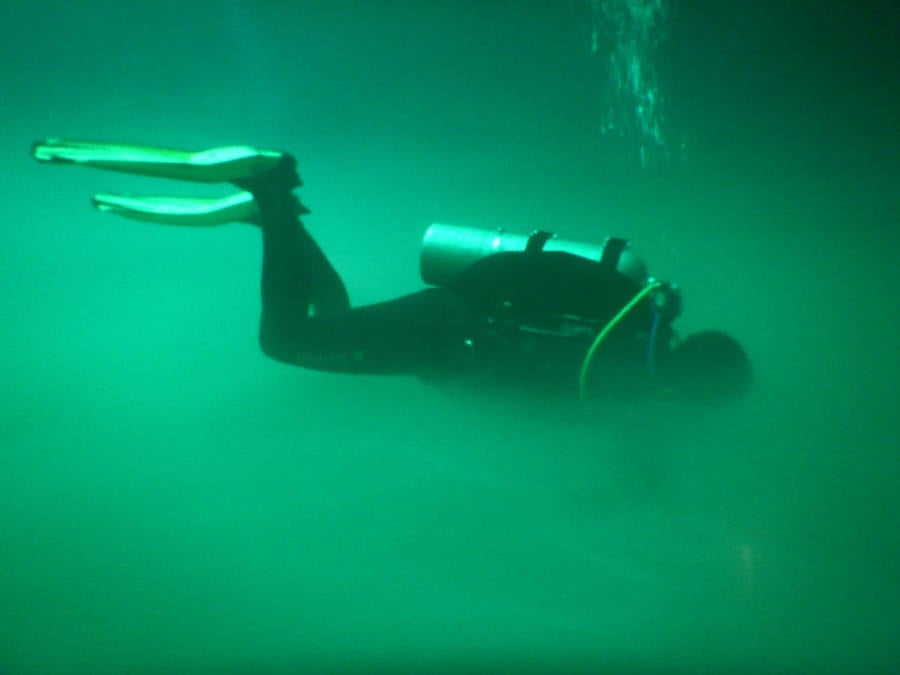 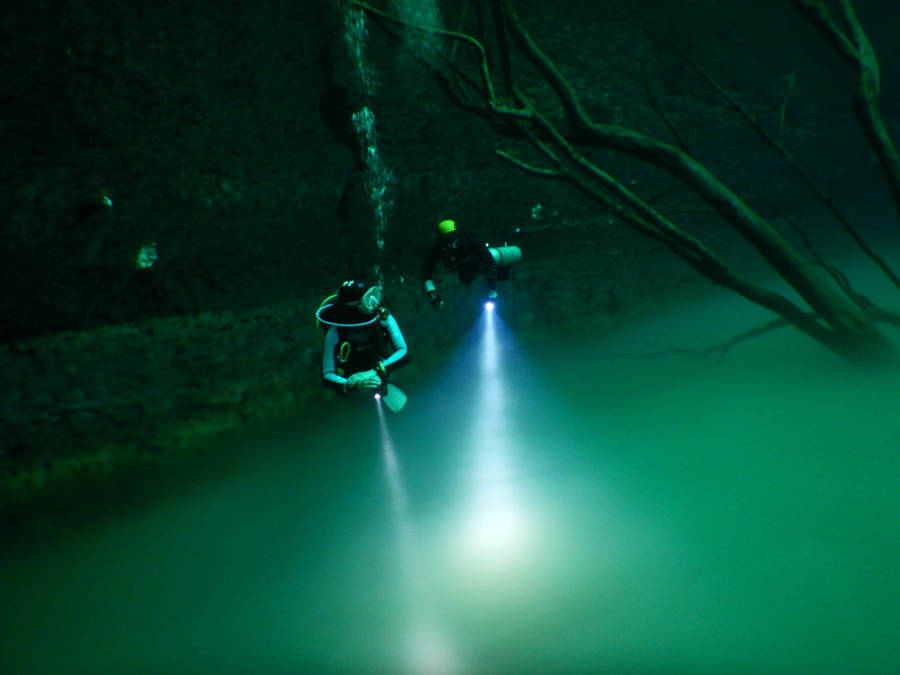 1 of 16
The placid surface of Cenote Angelita doesn't show any sign of the eerie underwater river that lurks 100 feet below.Daniel Kwok/Flickr
2 of 16
There are nearly 7,000 cenotes, or sinkholes, in the Yucatán Peninsula — and some are connected, meaning a diver can start in one and wind up in another.Flickr
3 of 16
Light streams through the watery surface of Cenote Angelita.Ripley's
4 of 16
The bubbles above mark a diver's plunge into Cenote Angelita.Wide Photos
5 of 16
Light is especially important while exploring Mexico's cenotes, where the halocline layer can make visibility poor.Ripley's
6 of 16
A diver sinks into the murk of Cenote Angelita's "river," really a hydrogen sulphide cloud; it's not a trip for the inexperienced.Huffington Post
7 of 16
This intrepid cave diver examines a mass of petrified trees underwater.Huffington Post
8 of 16
The fog river below this diver is actually a dense cloud of hydrogen sulphide, a chemical that would kill him if he inhaled it.Wide Photos
9 of 16
A diver hovers just above the hydrogen sulphide layer in Cenote Angelita, Mexico's "Little Angle" sinkhole.National Geographic
10 of 16
A diver pretends to fish in the underwater river.Huffington Post
11 of 16
At 60 to 100 feet, divers hit the salty cloud and turn on their lights before continuing. Cenote Angelita is 200 feet deep.Frank Tropschuh/Flickr
12 of 16
These branches disorient divers — which is just one of many reasons you need an advanced open water certificate to dive Cenote Angelita.Flickr
13 of 16
This diver skims the banks of the underwater river, a rocky collection of fallen trees and leaves.Flickr
14 of 16
The cloud of hydrogen sulphide this diver peers into is a result of the decomposing vegetation that has sunk into the cenote from above.Frank Tropschuh/Flickr
15 of 16
These divers aren't surprised to learn that the Mayas believed sinkholes like Cenote Angelita were gateways to another world.Frank Tropschuh/Flickr
16 of 16 At first, the thought — let alone the existence — of an underwater river seems paradoxical, if not impossible. Yet an underwater river is precisely what a group of amateur cave explorers discovered when they went scuba diving in Cenote Angelita (Mexico's “Little Angel” sinkhole). 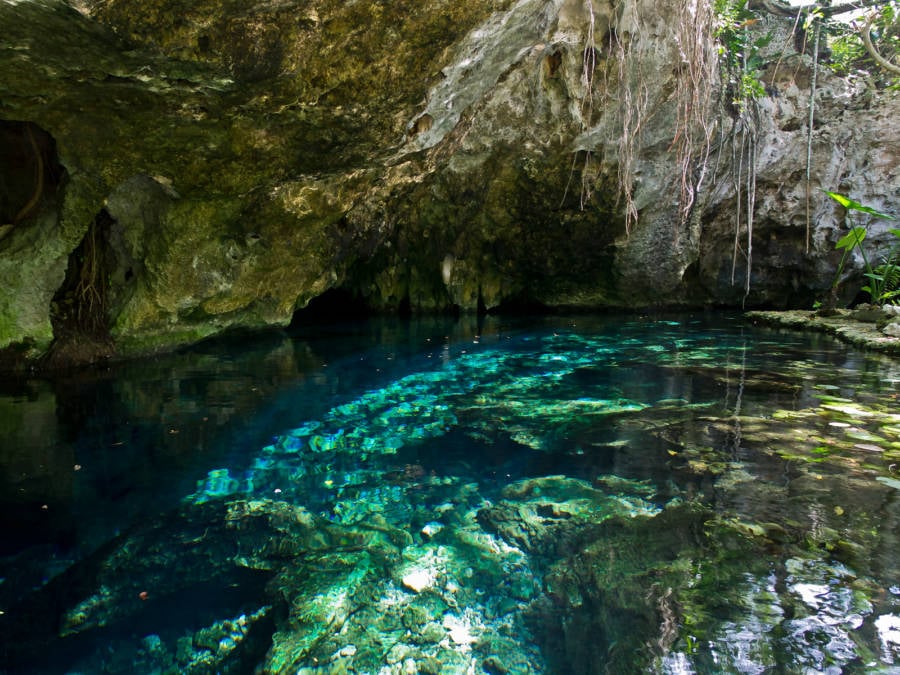 A cenote is a sinkhole that forms when limestone bedrock collapses to expose groundwater below. These natural pits are often connected to subterranean water sources — and they sometimes contain deep underground cave systems.

The Yucatán Peninsula boasts nearly 7,000 cenotes. Why is the region so full of holes? For millions of years, when the Yucatán Peninsula was covered by the ocean, the sea creatures that made it their home shed their calcium-carbonate shells and bones on the seabed, where the tide compacted them into limestone.

Limestone is extremely porous, meaning that water passes through it easily. Where water runs, limestone rubs away, offering glimpses of seashells in sandy white walls and leaving behind lots of sinkholes — and one underwater river. 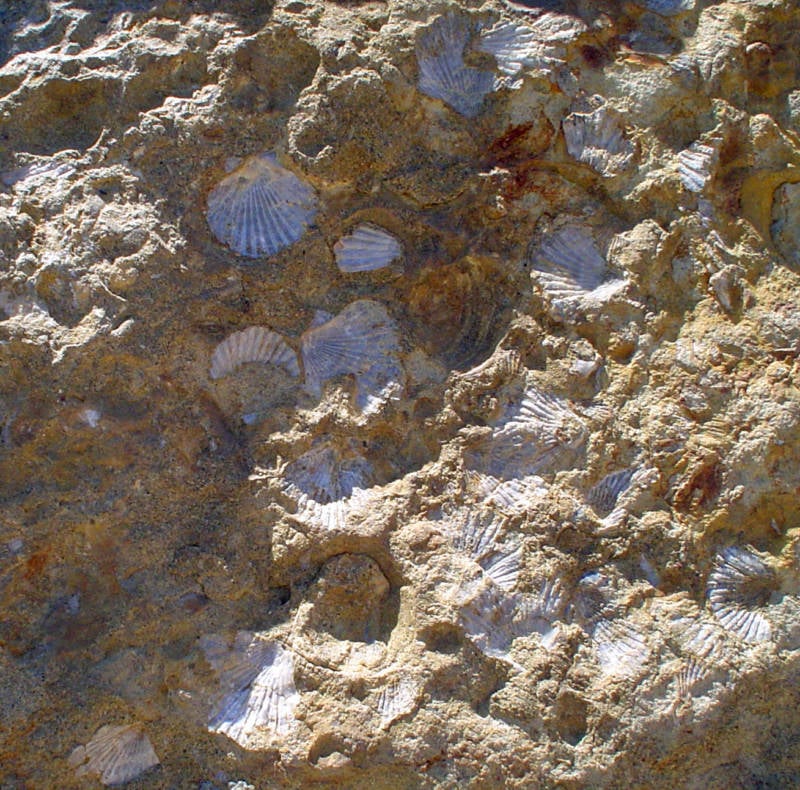 Wikimedia CommonsSeashells are clearly visible in this limestone wall, a reminder of the ocean's reach.

The early inhabitants of the Yucatán Peninsula, the Maya, found the beautiful sinkholes and gave them their name: cenotes, from the Maya word for "well."

For the Maya, the cenotes were holy sites and portals to other worlds. Gold and jade sacrifices have been dredged from sinkholes like Cenote Sagrado ("Sacred Cenote") — as have human remains. 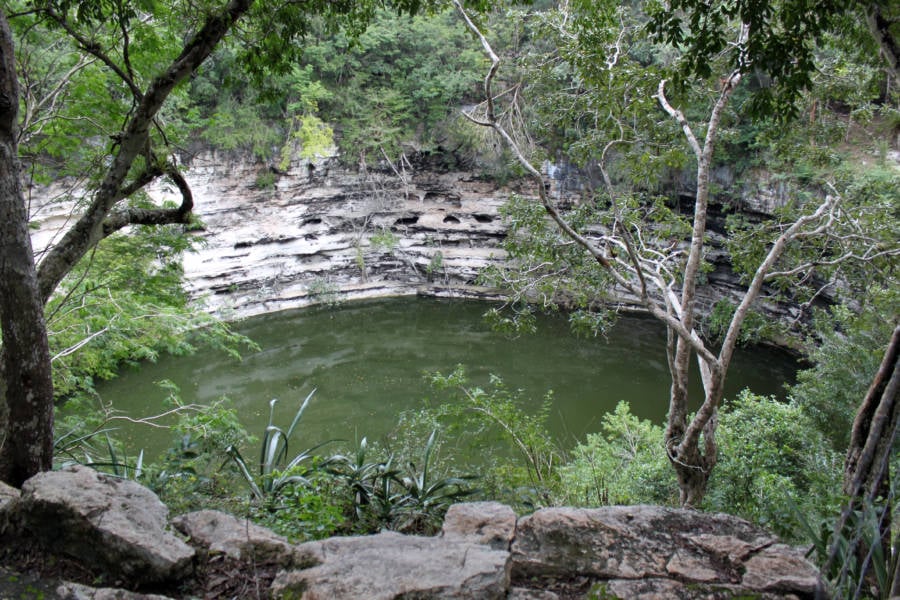 Anagoria/Wikimedia CommonsCenote Sagrado, a site of Maya sacrifices where beautiful gold and jade artifacts as well as human remains have been found.

The bones belonged to men, women, and children, and they told stories. Wounds were consistent with human sacrifice, something that tallies with the accounts of explorers, who allegedly witnessed the Maya sacrifice humans to Chaac, the Maya rain god, by throwing people into sinkholes.

Not all cenotes were the sites of human sacrifices (you can't be throwing dead people in every water supply) — though when you see the photos of Cenote Angelita's underwater river, you'll definitely understand how the Mayas came to believe the caves might lead to spiritual planes.

How An Underwater River Works 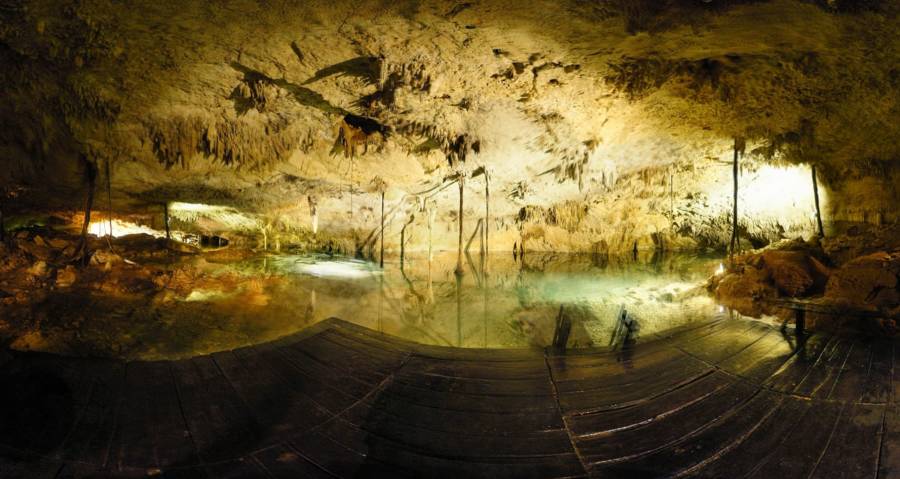 An underwater river occurs when waters with different densities form layers (think back to third-grade science experiments when teachers combined oil and water for a similar effect).

While the first 29 meters of Cenote Angelita are fresh water, the underwater river below is formed from a layer of water and hydrogen sulfide, which is significantly heavier. A halocline — a quick vertical change in salt concentration — forms at the point between the two layers of water, creating a cloudy phenomenon that resembles fog. 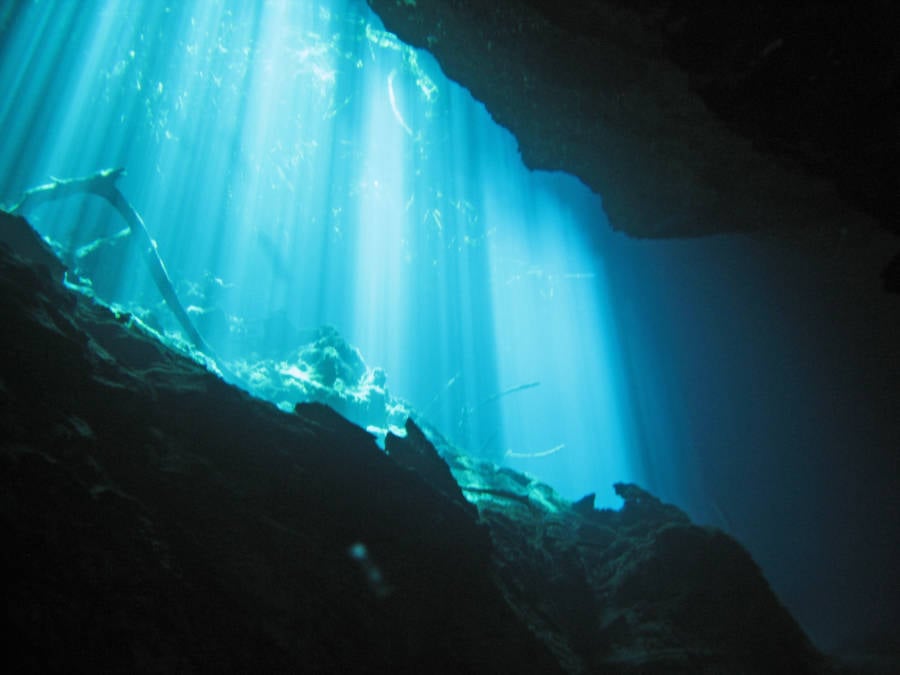 FlickrThe sea life of Mexico's cenotes is radically different above and below the halocline.

The result? Much of the underwater river looks and functions like a normal river. For instance, one can see the shore, marred by leaves, branches, and silt, punctuated by a roiling stream.

Those who have visited Cenote Angelita say it’s one of the world’s most surreal places.

Still can't wrap your head around the concept of an underwater river? You'll (almost) feel like you were there after watching this video:

For more out-of-this-world landscapes, explore the most surreal places around the globe, then check out this incredible underwater museum.