The Stunning Ruins Of Villa Epecuén, A Modern Day Atlantis

Villa Epecuén was a thriving resort town in the 1970s, but after being flooded by saltwater, the city is now little more than concrete ruins. 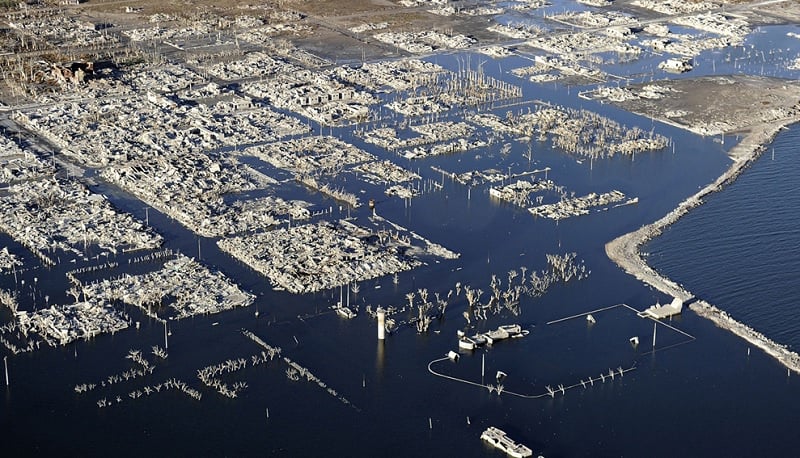 As humans, we are mesmerized by ruins, inherently intrigued by the concrete skeletons of old buildings and towns that are now rendered useless and abandoned. In the case of Villa Epecuén—a thriving resort town has since been reduced to a salty puddle—these ruins offer us an understanding of how quickly a town’s landscape can transform and be reduced to nothing. 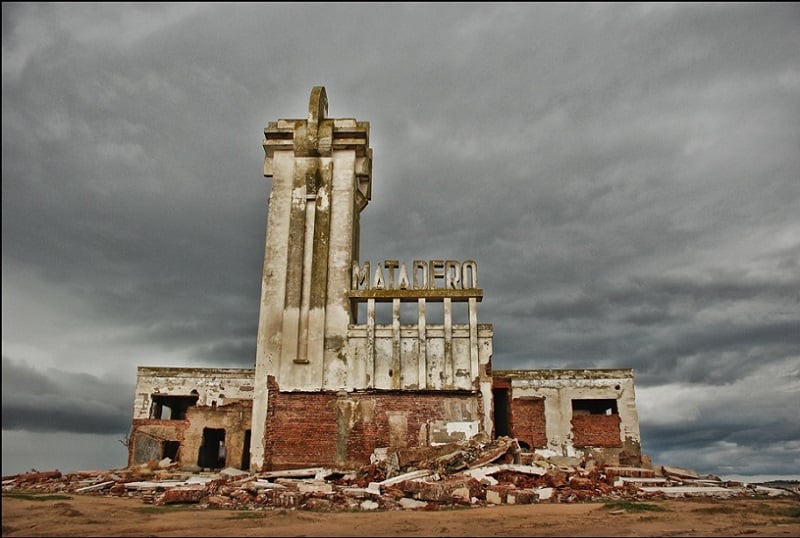 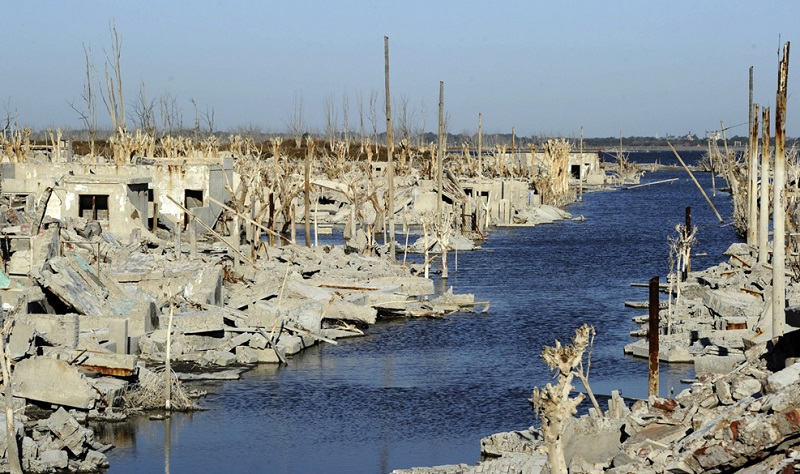 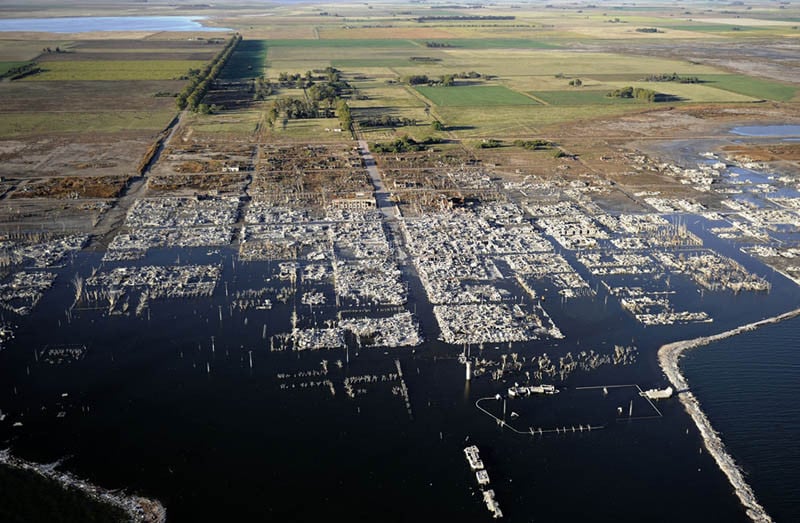 Situated southwest of Buenos Aires, Argentina, lies Lago Epecuén, a lake whose salt levels are about ten times higher than those of any ocean. Lake visitors claim that the body of water contains healing powers, and can cure a variety of diseases such as depression, rheumatism and diabetes. In the 1920s, a tourist village was established along the lake’s shore, where it thrived for most of the twentieth century. 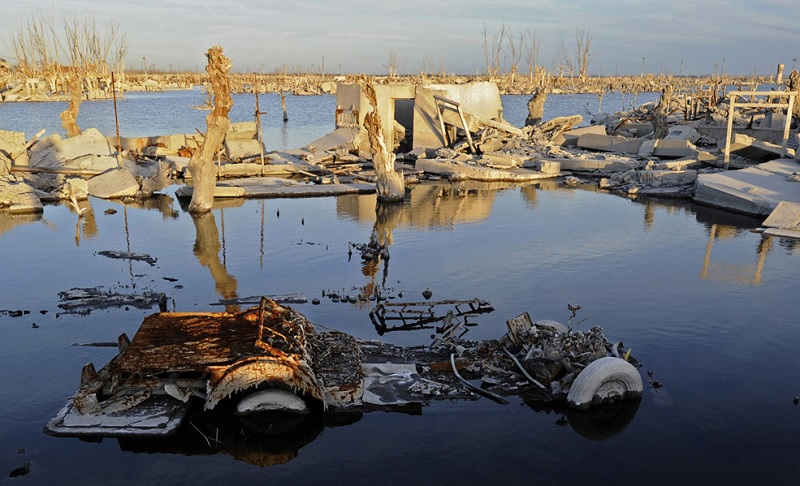 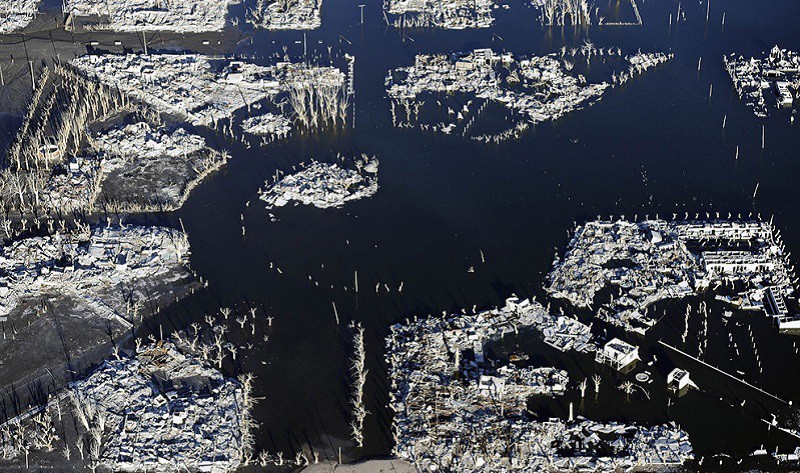 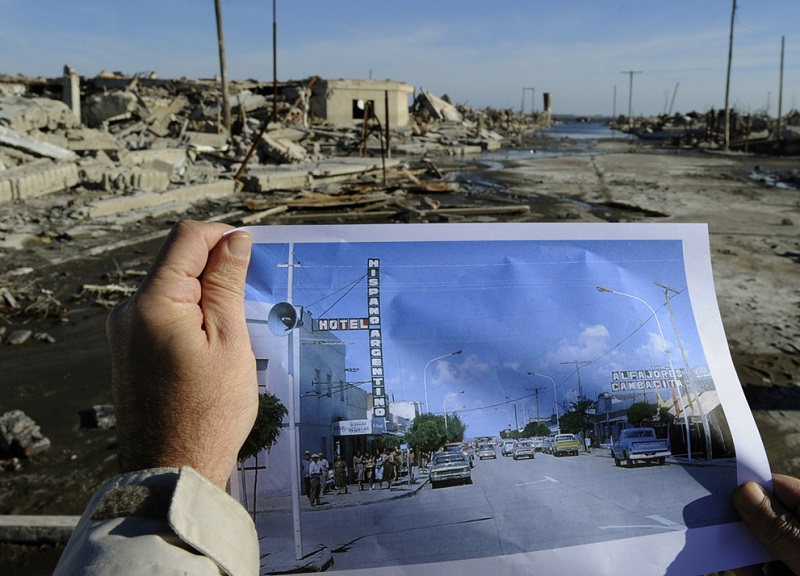 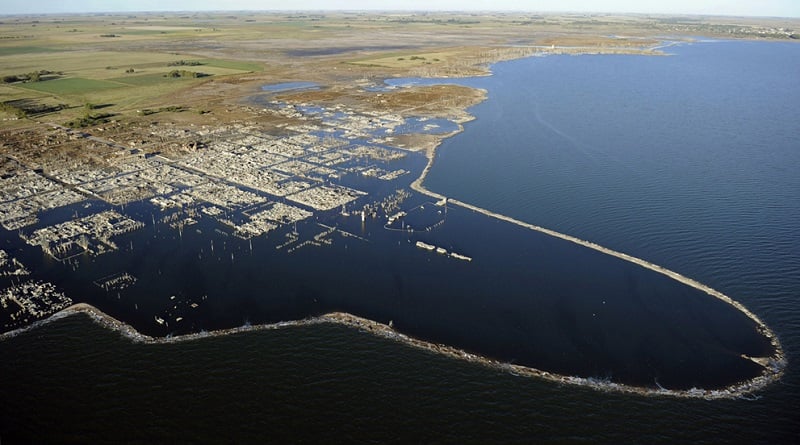 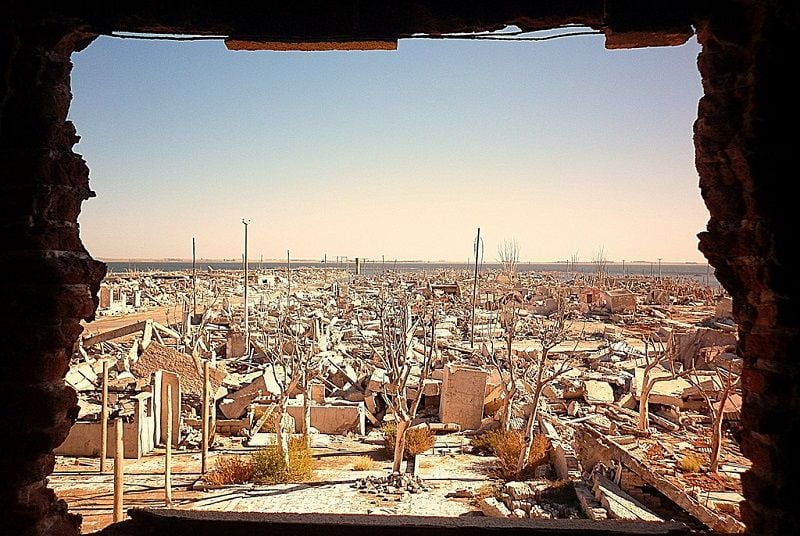 Life in Villa Epecuén peaked in the 1970s. The town had a functional railway and dozens of stores, museums, hotels and spas visited by thousands of people who sought the lake’s therapeutic powers. Yet Mother Nature had other plans for the popular resort town. In 1985, following long-term increasing rain levels, water spilled into the town from Lago Epecuén, starting a flood that would slowly consume all of Villa Epecuén. 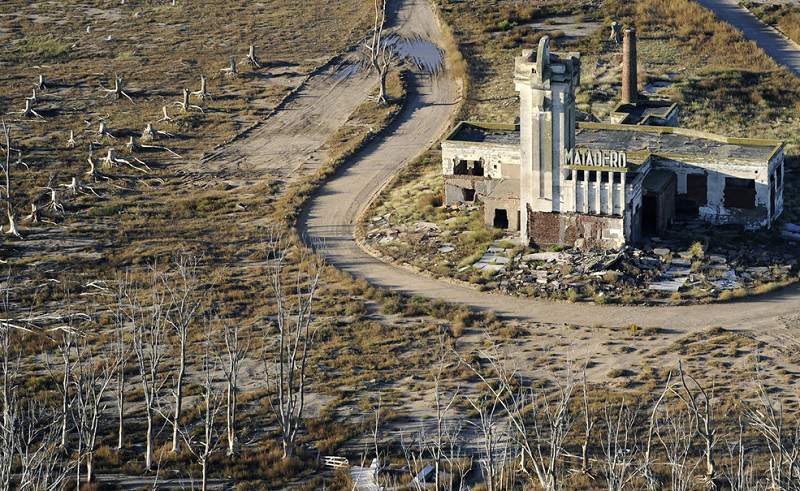 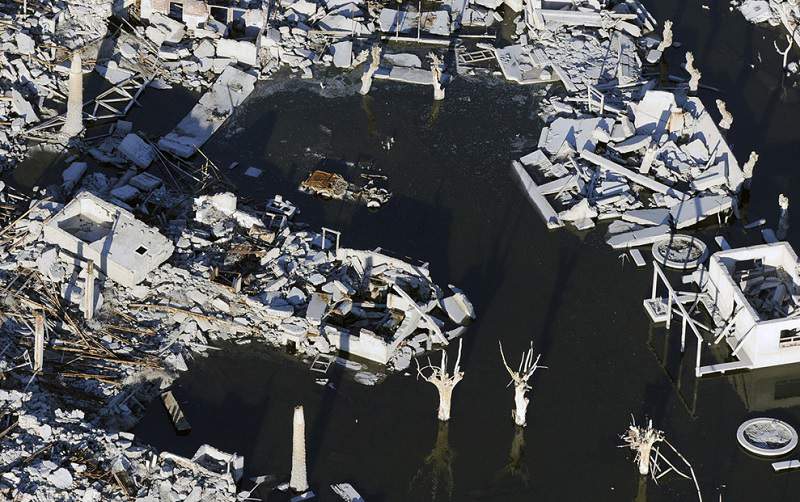 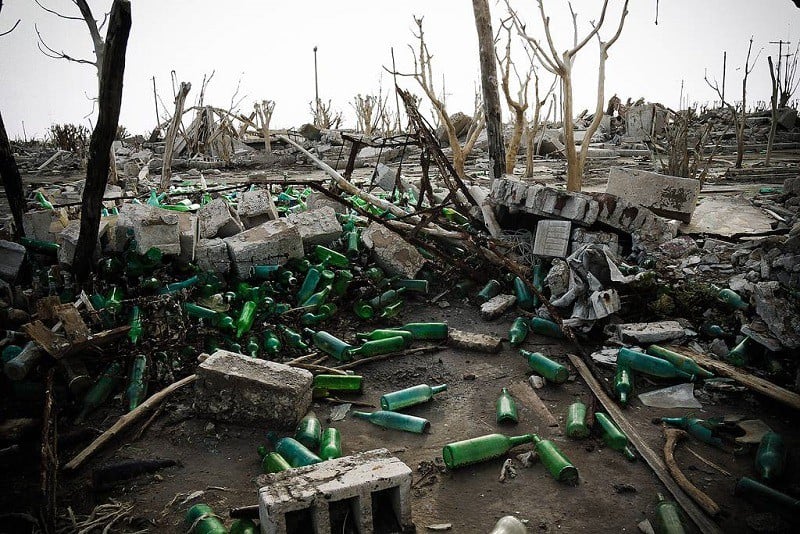 Eventually in 2009, the salty waters began to recede, and the town’s skeletal foundations revealed themselves to photographers and the town’s last resident, a man named Pablo Novak. While Villa Epecuén was once a thriving tourist hot spot due to the healing powers of Lago Epecuén, it is now a place for visitors to come and reminisce about what once was. 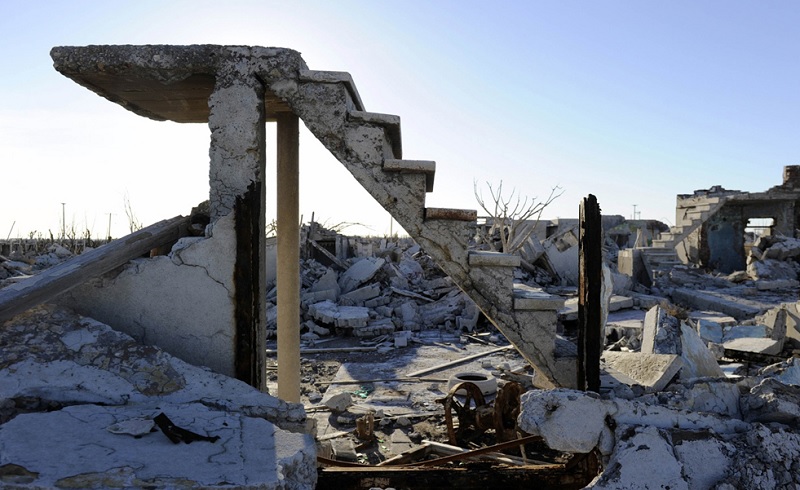 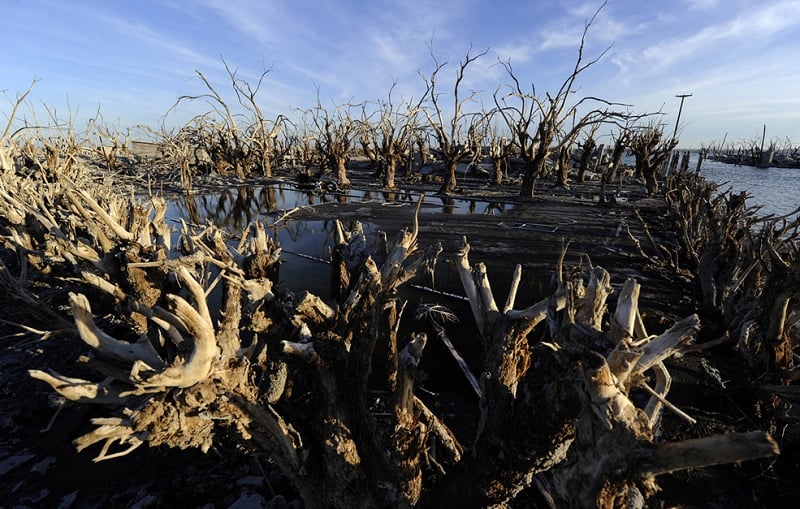 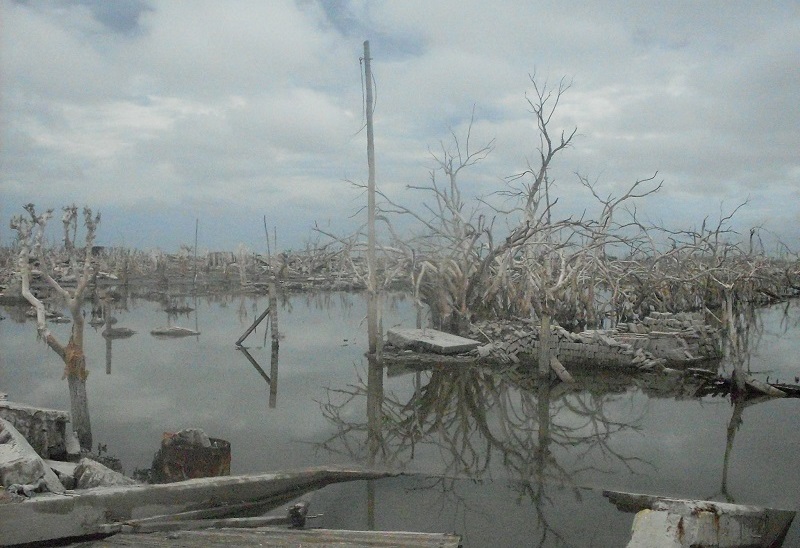