5 Funeral Customs That Defy The World’s Most Sacred Taboos

By Richard Stockton | Edited By Savannah Cox
Death is universal. What happens after, on the other hand, is up for grabs. 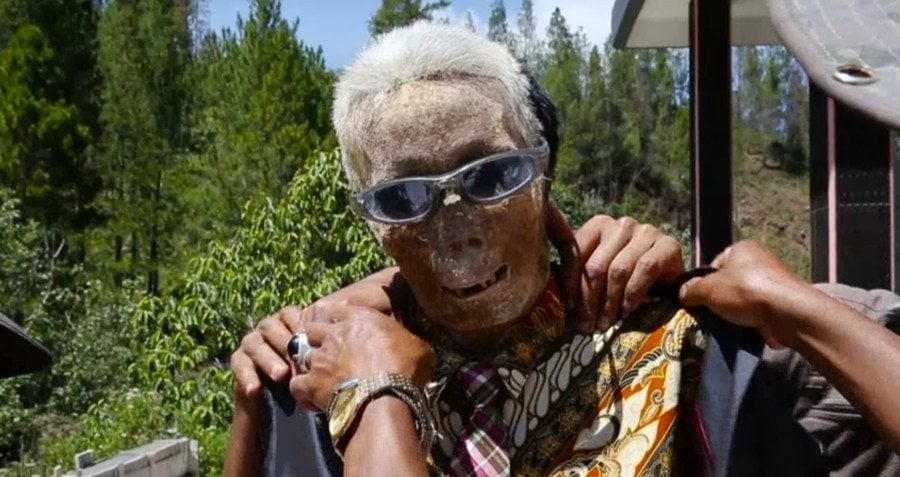 National GeographicIndonesian Torajans dress up a decaying body in preparation for the group’s unique funeral rites.

Everybody dies sooner or later, and there’s nothing any of us can do about it. The sheer universality of death makes it one of the few things everyone in the world has in common, and the different ways we’ve worked out for coping with that inevitability say a lot about our respective cultures. And if these funerary practices from around the world are anything to go by, death’s universality reveals our diversity.

Depending on your culture, when someone you love dies, you can:

Feed Them To Scavengers 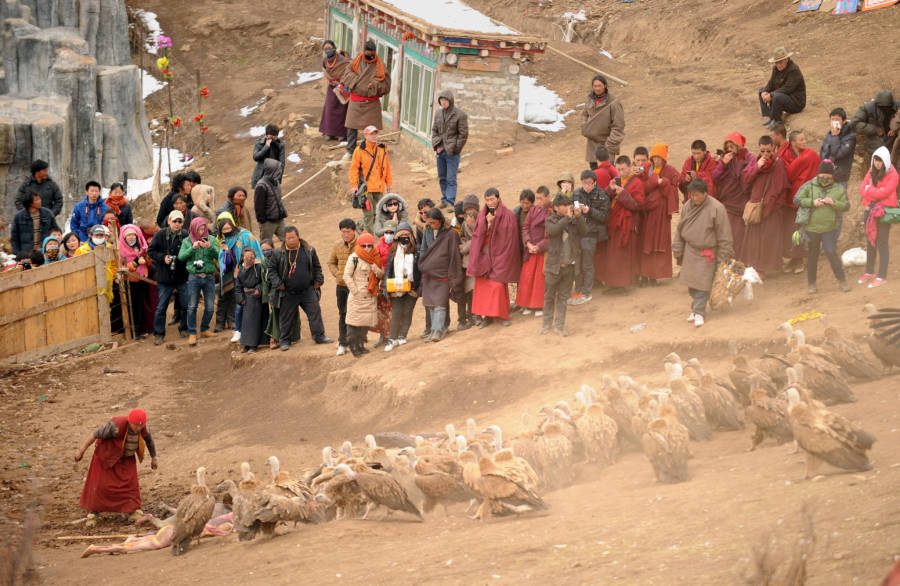 PETER PARKS/AFP/Getty ImagesVultures gather to eat as a Tibetan Buddhist monk (bottom left) prepares dead bodies for a sky burial as tourists and monks look on in Seda, in the western region of China’s Sichuan province.

A lot of what the world does with the dead seems at least partly aimed at keeping wild animals — and our own eyes — away from the bodies. In some places, mostly those that are short on both land for burial plots and trees for cremation, people actually make scavengers part of the funerary ritual.

The ancient religion of Zoroastrianism teaches that both earth and fire are sacred, and that they are not to be polluted with bodies of the dead. The solution, Iran practiced until the 1960s and parts of India still do today, is to carry the dead up onto towers, strip them naked, make various cuts to their bodies, and let the vultures feed upon them.

Those who practice “sky burials,” which are also sometimes done in the similarly treeless areas of Mongolia and Tibet, view them as a convenient way to return a bit of dead flesh to nature, since the deceased’s spirit has already left the body.

In Kenya, the Maasai take this notion to the next level and simply leave the bodies of their dead out for the hyenas. In the tight, competitive ecosystem of East Africa, it doesn’t take long for the bodies to be completely eaten, bones and all.

Participants view this as a sign that the deceased has lived a virtuous life. If the hyenas don’t go for the body on the first night, however, it means that the person needs sacrifices for his or her soul.