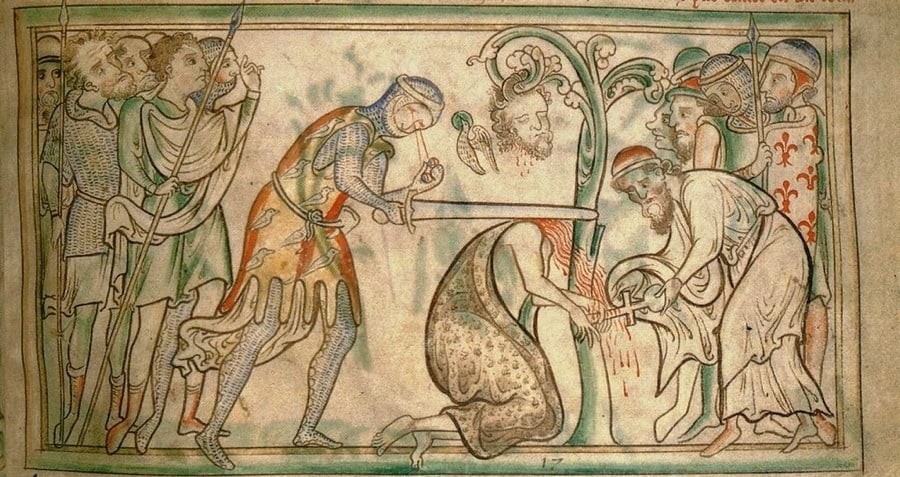 Though the stories of Christian martyrs are mostly apocryphal, their dramatic deaths at the hands of ancient pagans have never ceased to be intriguing, stomach-turning and, for the faithful, proof of God’s power.

In these popular religious myths, persecuted Christians encounter dragons and endure horrifying acts of brutality in order to prove their faith and earn their sainthood. Here seven of the most astounding — if not ridiculous — tales of Christian martyrs: 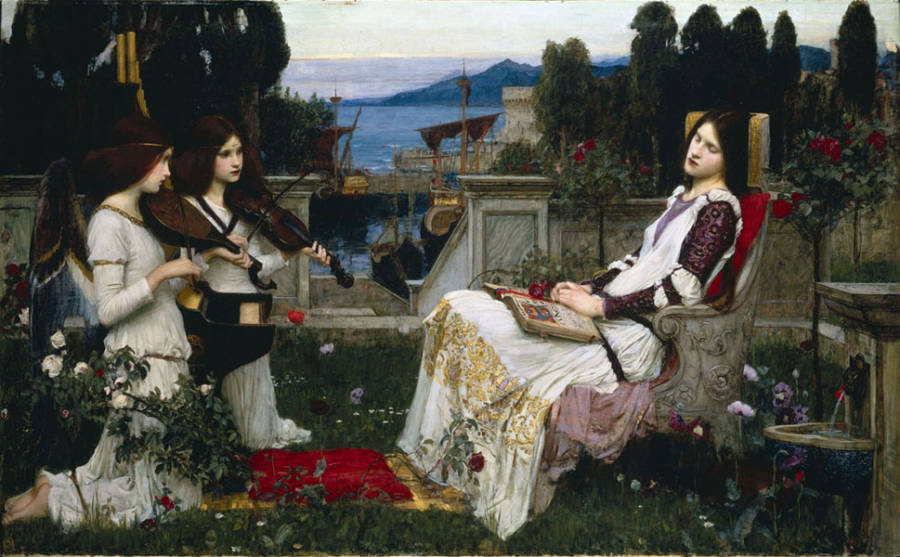 Cecilia came from a wealthy family and married to a man named Valerian without her consent. She had already promised herself to Jesus Christ, so she prayed that the angels would protect her virginity.

During her wedding, she continually prayed to God. When it came time to consummate her marriage, Cecilia informed her new husband that she had taken a vow of virginity, that an angel protected her, and that he would come to harm if he tried to force her to have sex with him. Valerian wanted proof, so he asked to see the angel. The only way to see the angel, Cecilia said, was to be baptized himself.

Obediently, Valerian consented, and following his baptism, he did indeed behold the angel, who crowned his wife with flowers. Upon hearing this miraculous story, Valerian’s brother was also baptized, and the siblings made it their duty to bury any Christians murdered by the Romans.

Cecilia went on to preach and convert people to Christianity until her beliefs got her arrested — and if the Romans had any say in it, killed. Indeed, the Romans planned to have Cecilia suffocated in the local baths, and thus shut her inside them as they stoked fires outside to an unbearable heat.

Cecilia, perhaps protected by her pure heart, did not immediately fall. In fact, legend has it that Cecilia didn’t even sweat — and that when the executioner sent to the baths to behead Cecilia struck her neck three times, he couldn’t separate her head from her body. She lived for three more days before she finally bled to death. 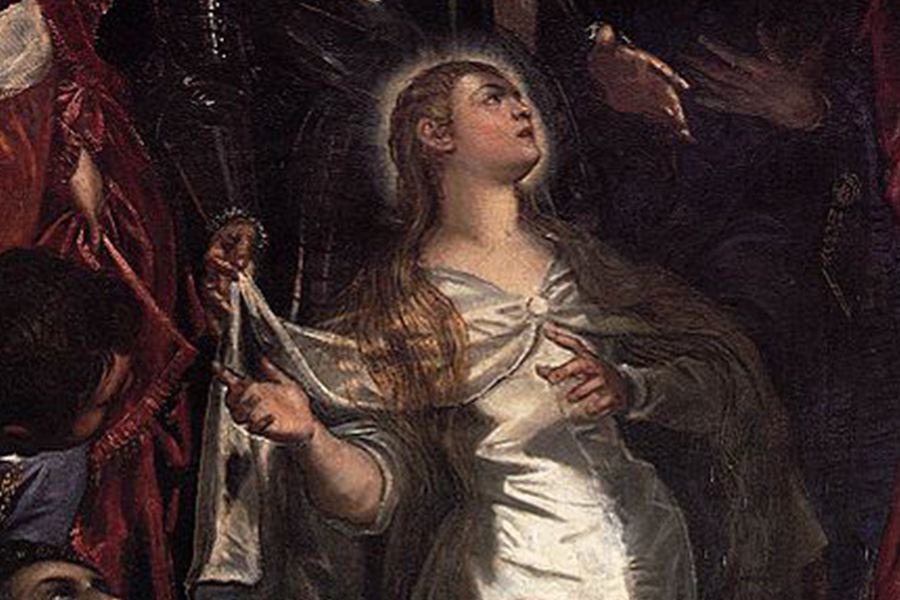 The Miracle of St. Agnes by Jacopo Tintoretto

Like Cecilia, Saint Agnes is another venerated virgin. Born to a Christian family, she made a promise to God to remain pure. Many suitors sought her hand in marriage, but she always proclaimed that Jesus Christ was her spouse.

According to legend, rejected young men were so insulted that they reported her to Roman authorities as a Christian. In response, the local prefect ordered that Agnes be dragged through the street naked. Apparently hair instantly grew all over her body to protect her modesty throughout the humiliating event, and any man who tried to rape her was struck blind.

Condemned to death after the ordeal, Agnes was supposed to be burned at the stake. There, too, executioners encountered a problem as the story goes that the wood wouldn’t burn. Taking matters into his own hands, a soldier then beheaded the tortured young virgin, and Christians present at the execution soaked up her blood with cloths.