The Untold Story Behind Humanity’s Obsession With Virginity

From ancient Greece to Britney Spears, this is story of how society came to value virginity -- and how the myth hurts women. 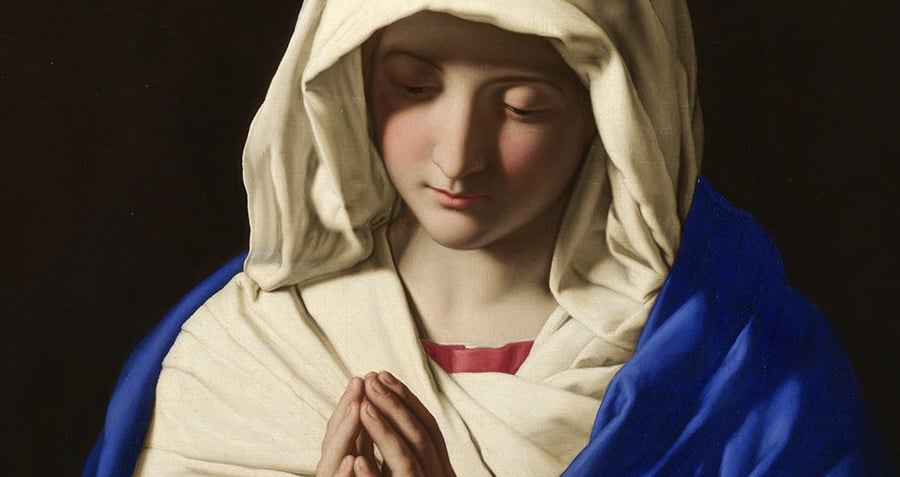 Virginity holds a sacred place in many societies across time and place. But just how did humanity come to value virgins — and is this valuation even valuable anymore? If so, at what cost?

Virginity in Ancient Greece and Rome 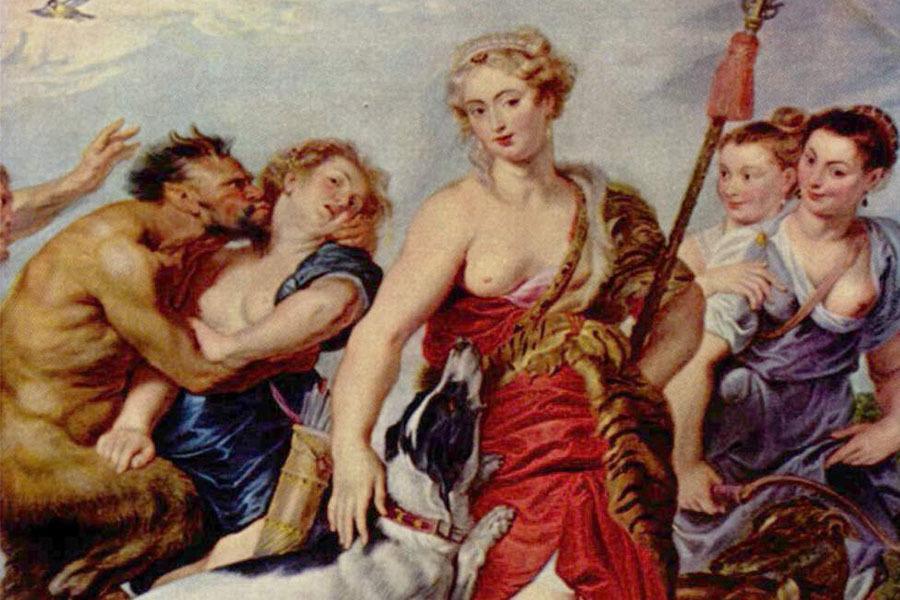 While virginity today may conjure images of fragility, in many ancient civilizations, virginity signaled a woman’s independence and strength. Virgins were “free women,” not subject to the will of a man.

Far before the advent of Christianity, mythology contained the values of the day, and virgins played a central role in many of the stories. Parthenos, for instance — the Greek word for virgin — referred to the goddesses Athena and Artemis.

Athena was one of the most widely venerated goddesses in ancient Greece. Even the center of Greek civilization, Athens, was named in her honor. She represented wisdom, courage, and justice, and advised kings and warriors in battle. Athena never took a lover or married. 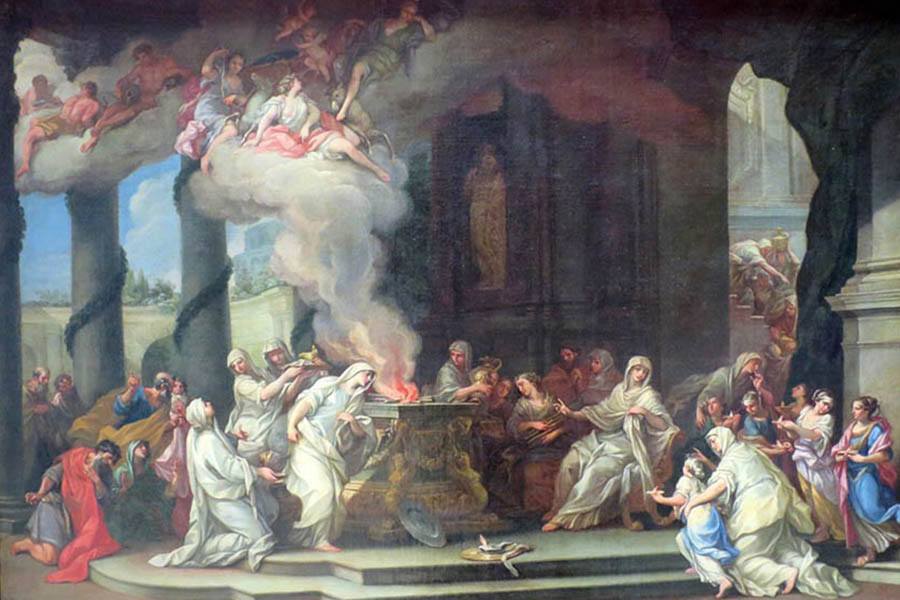 Artemis, virgin goddess of the hunt, protected young girls and aided women in childbirth. Case in point: In one story, a man named Actaeon spies on Artemis while she bathes, and the goddess turns him into stag. He’s then eaten alive by his own hounds.

In later Roman society, Vestal Virgins were some of the empire’s most important citizens. These women were priestesses who kept the sacred fire in temple of Vesta — goddess of the hearth — continually burning, a symbolic gesture considered fundamental for the security of the Roman empire.

Vestal Virgins were allowed far more rights than regular female citizens. They could vote, own land, and if a criminal saw a Vestal priestess on the street, he was automatically pardoned. 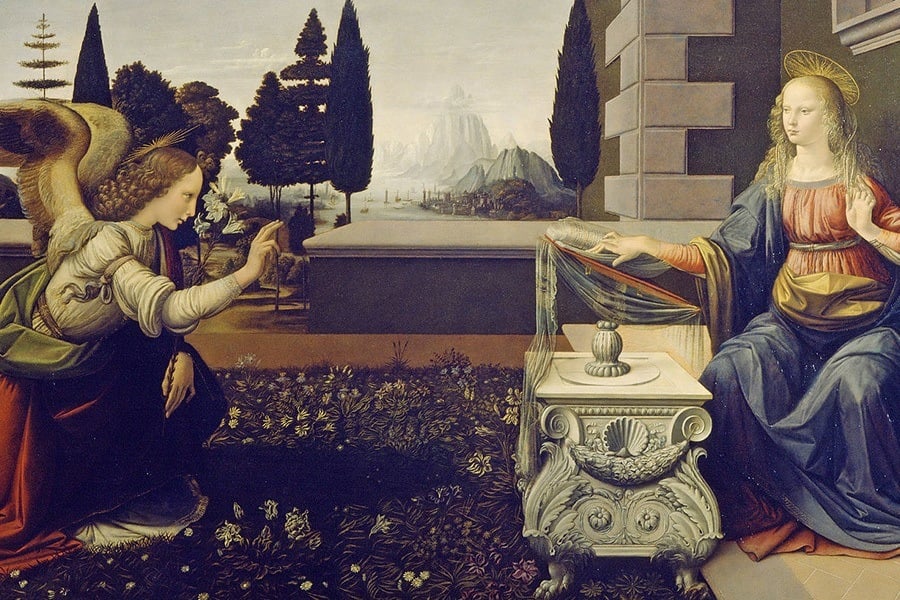 The Bible offers the most significant, and consequential, virginity myth in Western civilization: The Virgin Mary’s divinely ordained pregnancy. While Mary’s virginity is often taken for granted today, a translation error — not truth — may be behind her labeling as a “virgin.”

For those who need a refresher, the story goes like this: Angel Gabriel visits Mary at her home in Galilee and informs her that she will become pregnant with the messiah — God’s son, otherwise known as Jesus Christ. Eventually she gives birth in a manger, and you know the rest.

When placing this story into the New Testament, Jesus’ disciple Matthew translated the event from the Old Testament’s Book of Isaiah. The Hebrew word for virgin is almah. The word, which appears in the Old Testament, literally translates to “young woman” and has no connection to her sexual history.

Isaiah uses the word almah — virgin — to describe the woman who would be become Jesus’ mom, and is only reflective of her age and gender. This is pretty big, as it means that the original scripture may not have been concerned with whether Mary was sexually active before or after she became pregnant with Jesus.

Modern copies of the Bible are now being revised to reflect the literal translation of almah, in an effort to be as “faithful to the original Hebrew as possible,” Mary Elizabeth Speers, a spokesperson for the United States Conference of Catholic Bishops told Time magazine.

She’s quick to add that Catholic bishops, however, still believe that Jesus was born to a virgin, and that she retained perpetual virginity — meaning that even after she married Joseph, she never had sex with him. “That doctrine stands, and will probably stand until the end of time,” Speers said. 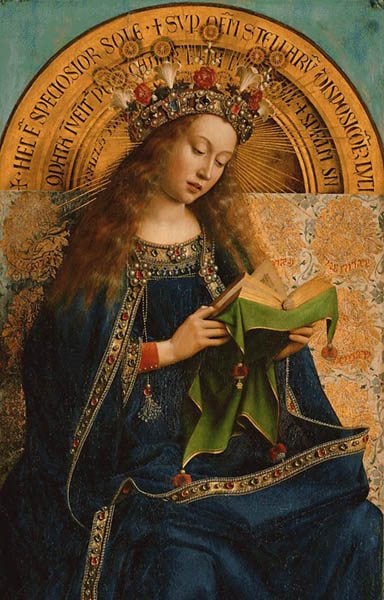 As the religion’s influence grew, images from Mary’s life — however misunderstood — began to embed themselves in popular culture. The annunciation, as Mary’s visitation by Gabriel came to be known, was a popular subject in Medieval and Renaissance Italy art.

Two early Renaissance painters, Giotto and Fra Angelico, recreated the scene in their paintings as did their much more famous successors Botticelli and Da Vinci.

Mary appears in artwork both alone and with the Christ Child, as a nurturing and later a grieving mother, at her wedding and her birth. Indeed, the Virgin’s whole life — an object of Renaissance reverence and fascination — remains on perpetual display in cathedrals and paintings around the world.

That’s not to say that the Virgin Mary’s influence confined itself to aesthetics. Virgin Mary iconography — however nominal her virginity may have been — had a lasting effect in shaping women’s behavior and expressions of sexuality. Just as Mary was devoted entirely to God, not her worldly desires, so too did women in Western societies come to be expected to devote themselves to their husbands.

Various incarnations of Mary’s story and attributes — along with laws which placed political decision making power in the hands of men and normalized women’s subservience — eventually translated to a limited life for many women: They were expected to produce children, maintain their homes, and do the will of their husbands without question.

However, there were other more practical — not puritanical — concerns that led early societies to place a high value on virginal women. At this time, inheritance laws dictated that husbands had to be sure that the women they married carried their biological sons, as property and wealth transference was contingent on the succession of direct blood lineage. In order to ensure a successful transfer, women were thus encouraged to stay chaste until they were married, and to remain completely faithful and subservient to their husbands.

An Antiquated — And Harmful — Social Construct? 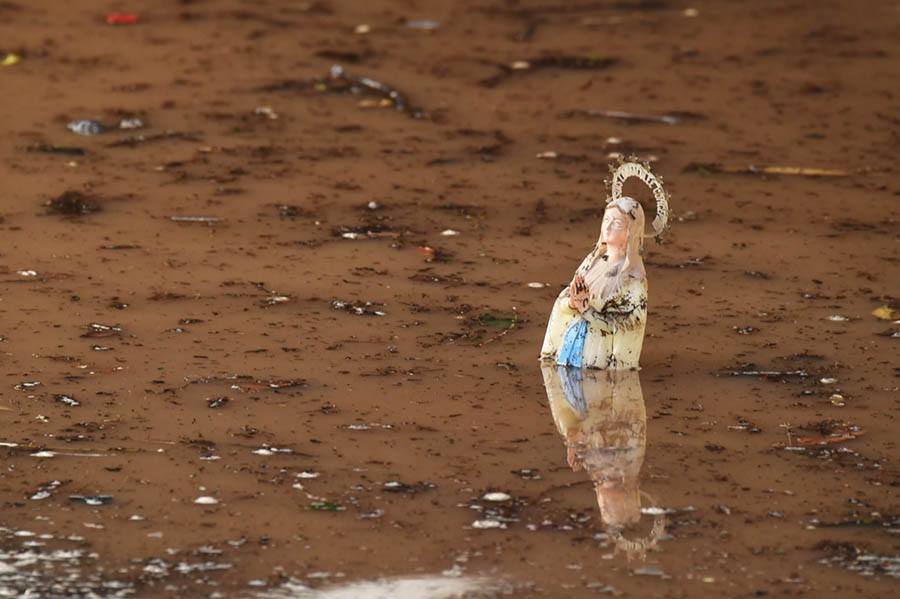 While centuries have passed — and with it transformations in laws and norms which articulate a woman’s status in society — religious groups still obsess over a woman’s virginity and its protection.

Some Christians, for instance, participate in purity balls, a formal event in which teenage girls clad in white dresses make a pledge of sexual abstinence to their fathers.

And yet, those pledges and rituals like them don’t seem to have made much impact on teenage pregnancy rates. A 2016 study in the Journal of Marriage and Family found that 30 percent of girls who made an abstinence pledge and subsequently broke it became pregnant while unmarried.

The study’s author, Anthony Paik, argues that these types of rituals help sustain an environment where young women are cut off from access to safe methods of birth control, and perpetuate the idea that women are only valuable as wives and vessels for future offspring.

“Abstinence-only sex education policy…may be contributing to the decreased sexual and reproductive health of girls and young women,” Paik said.

In other parts of the world, perceived sexual purity can be a matter of life and death for women. In some Islamic nations, if a woman has sex or gets pregnant before marriage, even in cases of rape, she could be the victim of an honor killing — the culturally sanctioned murder of a woman, usually by her parents, if she brings dishonor to the family.

The United Nations reports that honor killings claim the lives of 5,000 women per year. 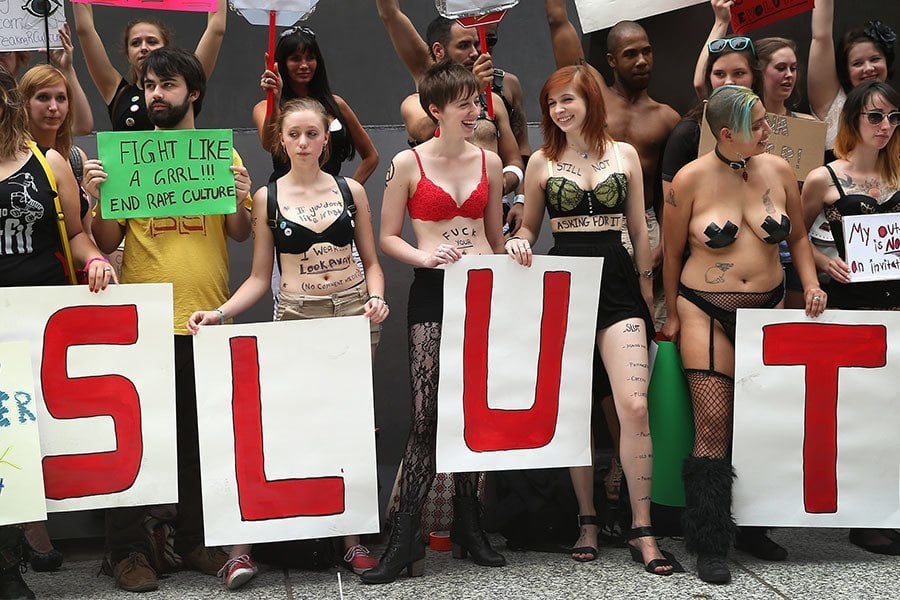 In the West, though the stakes are lower, virginity myths pervade pop culture. From the innocent school girl in Britney Spears’s “Baby One More Time”, to the sexually awakened Madonna in “Like A Virgin”, young, naive women who are at once sexy but virginal have replaced the traditional representations of Mary.

In attempting to achieve this impossible balance of sexual maturity and innocence, women can often lose more than they gain. A 2010 book, Talking About Sexual Assault: Society’s Response to Survivors, shows that up to two thirds of women “who tell others about their assault must endure a ‘second assault’ in the form of negative reactions, such as victim blaming and disbelief.”

That’s not to say that the outlook is all bleak for women seeking sexual agency. Recently, men and women around the country have pushed to take their sexuality back — and to some success.

In so-called SlutWalks, demonstrators celebrate sex-positivity, and call for an end to an slut-shaming. Part of their aim is to push back against the notion that chaste women are inherently better than women who choose to have sex. They hope to crush the belief that modesty, purity, subservience, and silence make women more valuable.

Many SlutWalks also advocate for victims of sexual assault and protest rape culture, especially on college campuses. SlutWalks have taken place in South Africa, New York, Toronto, and New Delhi, among many other places.

In 2016, when feminism is a buzzword, a woman might finally be president of the United States, and the people wielding the power on TV’s most popular show are all women, it’s clear that our understanding and treatment of women has changed since the days of the Virgin Mary.

That evolution in thought should apply to a woman’s sexuality, too. After all, sex doesn’t need to rule women’s lives. They’ve got much more important things to think about.

Next, read more about what the West gets right (and wrong) about women in Islam. Then, read a brief history of how Jesus became white.