Grain silos in the U.S. 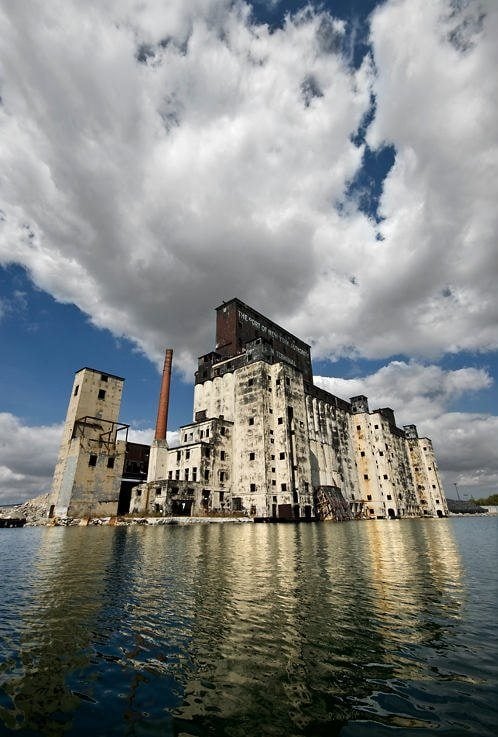 The 1825 completion of the Erie Canal led to massive construction of grain elevators and silos all along this thin, shallow stretch of water as boats worked to bring grain from the farms in the Midwest to hungry cities like New York and Boston. With the canal no longer in use, these hulking buildings have fallen into disrepair.Flickr/Timothy Vogel 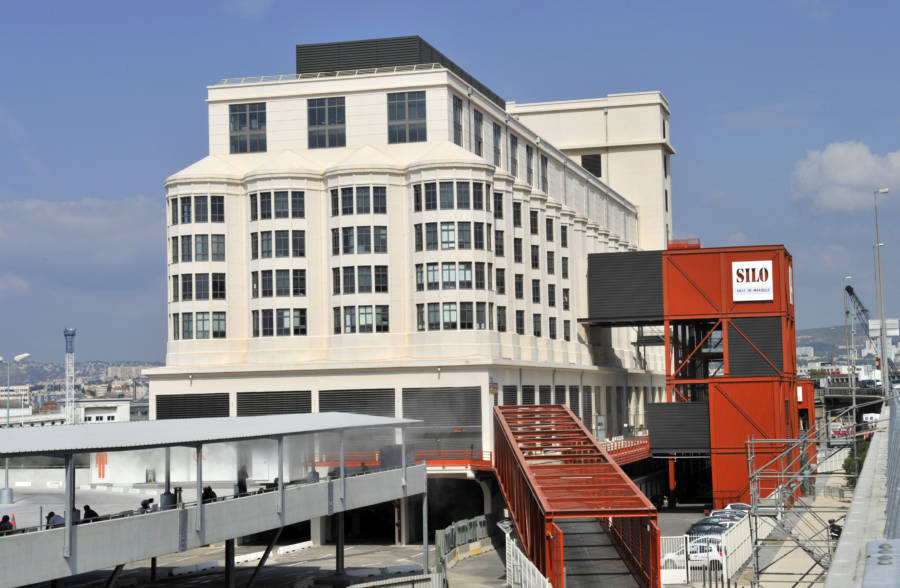 Elsewhere in the world, this isn’t the case. This grain silo in Marseille, France has been converted into a concert venue and opera house.BORIS HORVAT/AFP/Getty Images 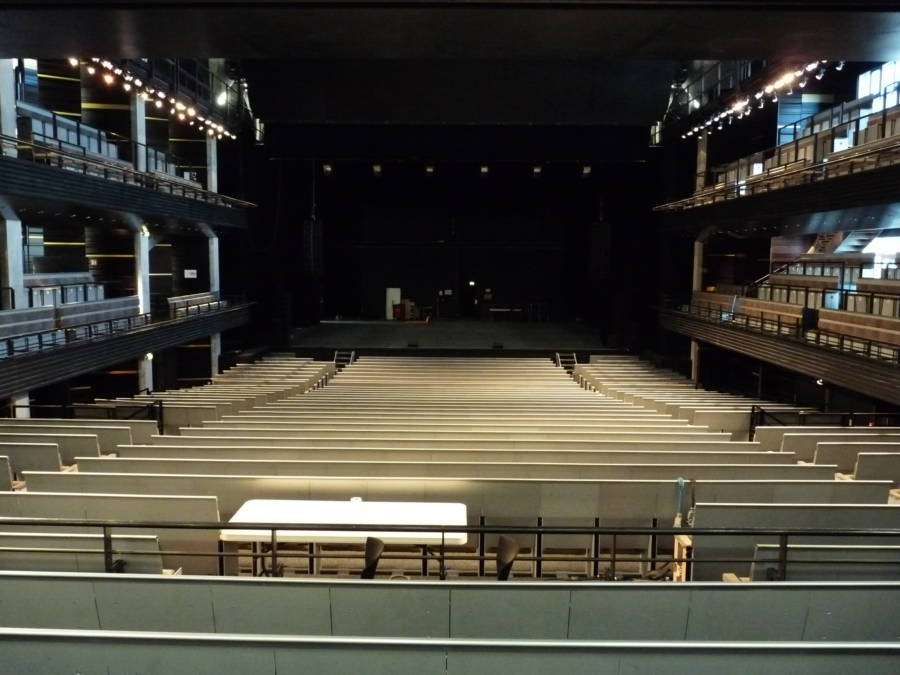 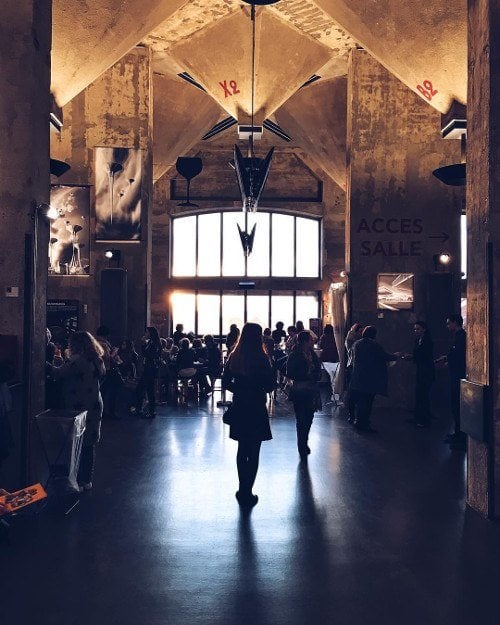 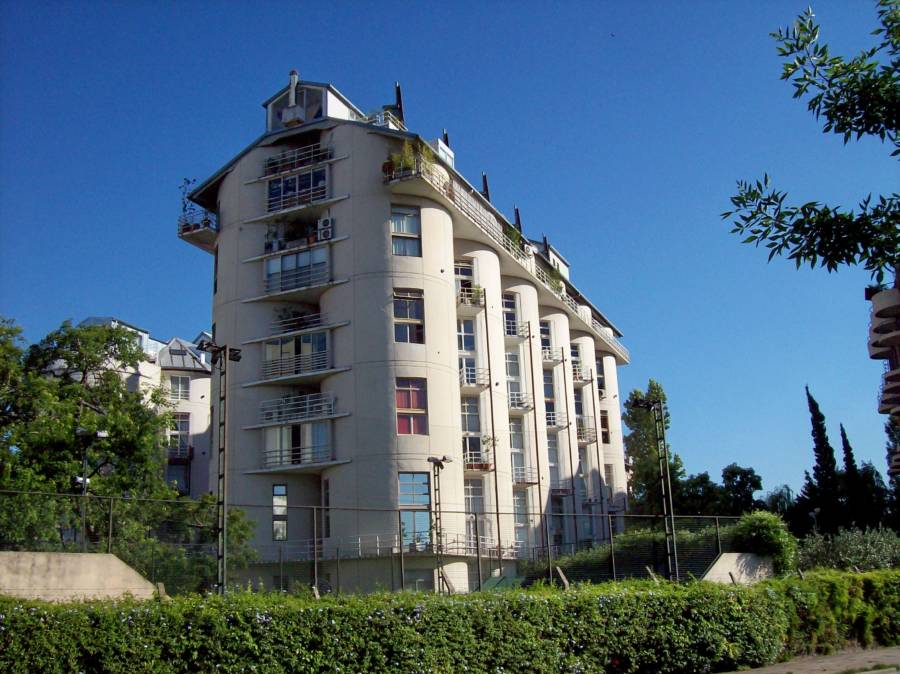 Elsewhere, in the heart of an up-and-coming neighborhood in Buenos Aires, Argentina, developers have converted decaying grain silos into apartments.Wikimedia Commons 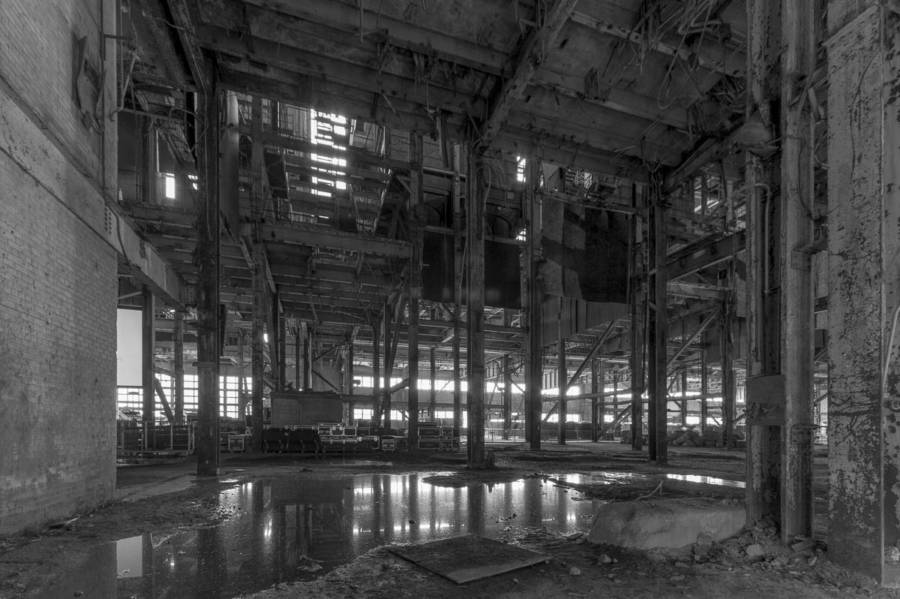 Spaces like the Hearn Generating Station in Toronto have gone another direction. Built in 1951 to provide electricity to the city and powered by coal (and later natural gas), it was phased out and abandoned in the 1980s.Flickr/Freaktography 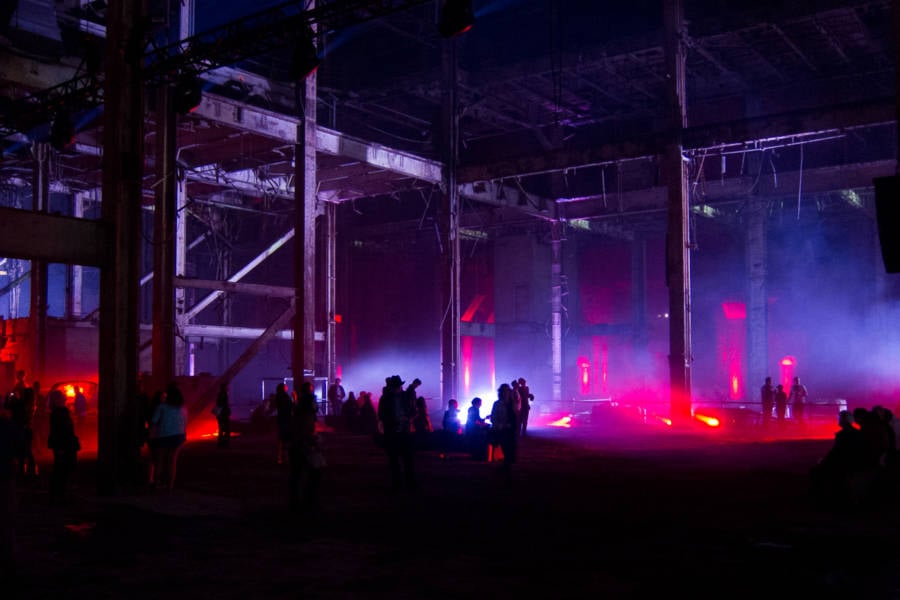 Since then, however, it’s found a number of new uses, including as a set for films and photoshoots. Its most recent contribution, however, has been as the venue for the annual Luminato Festival (pictured). Half art show, half music festival, the Hearn's massive scale creates a unique space for performances and art displays.Flickr/Sean Connors 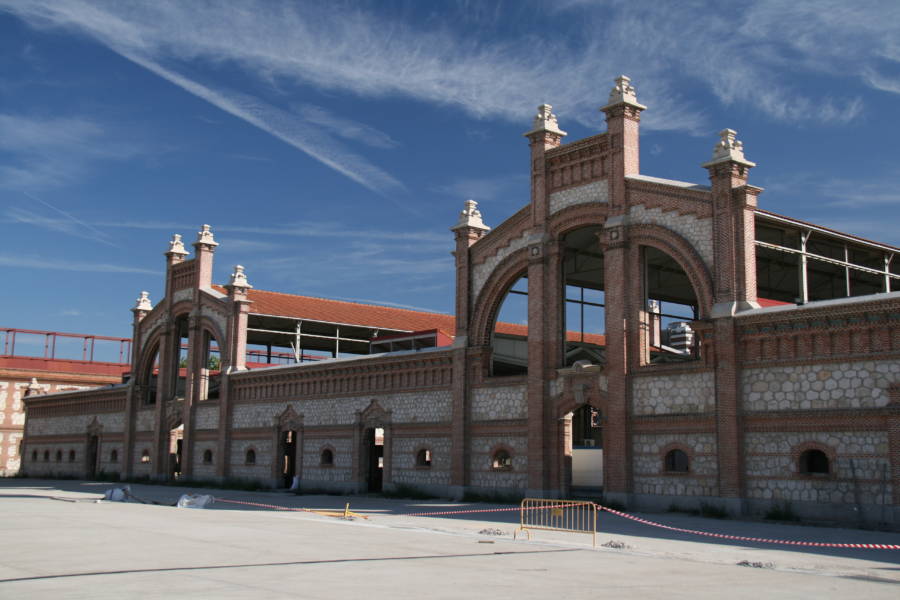 In Madrid, Spain, the El Matadero was once a dilapidated slaughterhouse just ten minutes outside the city.Wikimedia Commons 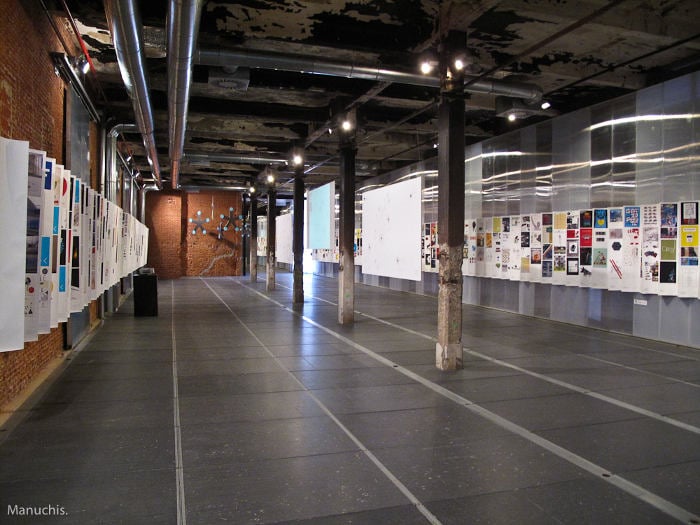 Now, it’s a beautiful artists' space. Artists have long been instrumental in the redevelopment of industrial buildings around the world, as they’re often the first tenants to move in, driven there by low rents and lots of studio space.Flickr/Manuchis. 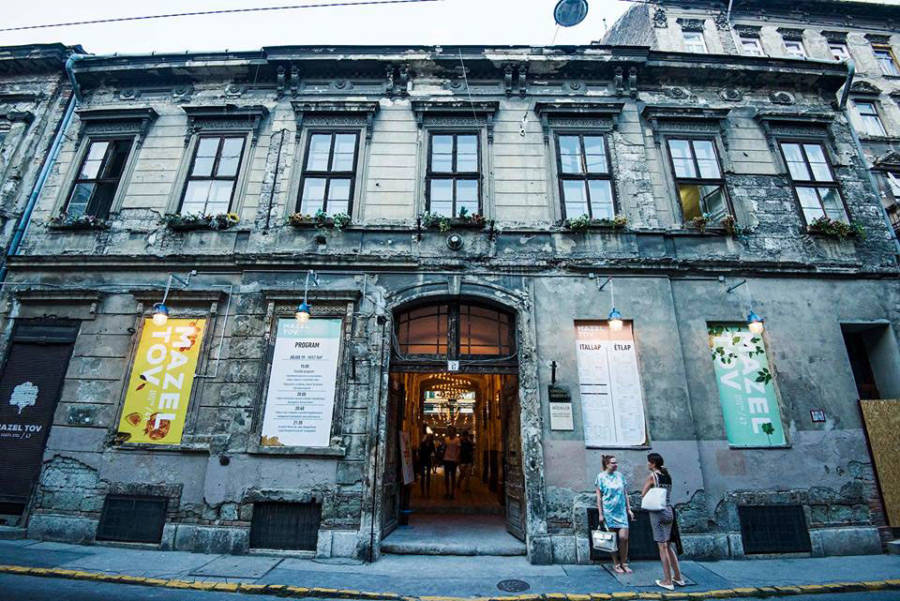 Elsewhere in Europe, developers in Budapest, Hungary have another approach, and convert abandoned spaces into ruin bars, like Mazel Tov (left).Facebook/Mazel Tov 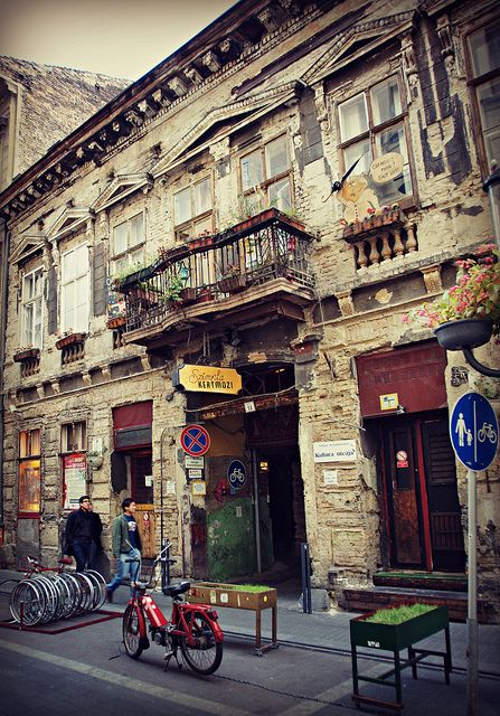 Another view of a ruin bar.Pinterest/Hungary Tourism 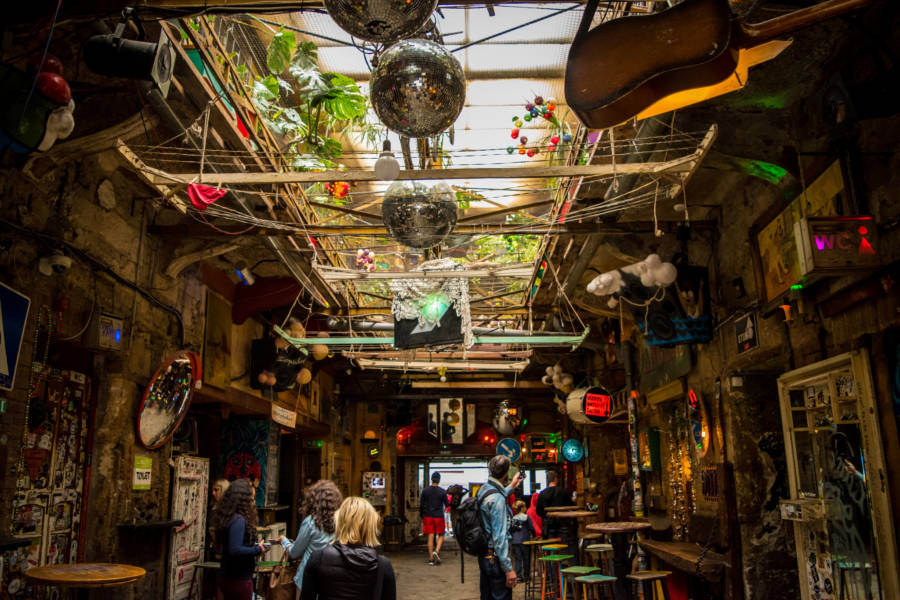 These bars have cropped up all over the city, and are likely to continue spreading as climbing rents force bars and restaurants to seek new venues.Flickr/Jev55 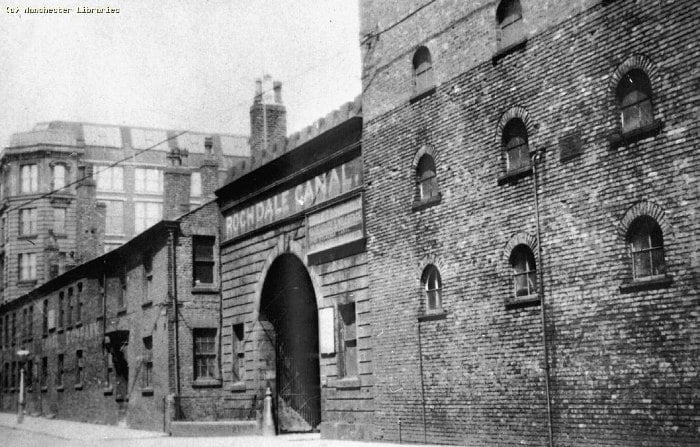 In England, warehouses make up many of the big conversion projects — particularly those in the industrial hub of Manchester. The Rochdale Canal Warehouse (left) is just one example. Built in 1836, it was one of the first warehouses that boats could drive right into to unload their wares.Manchester City Council 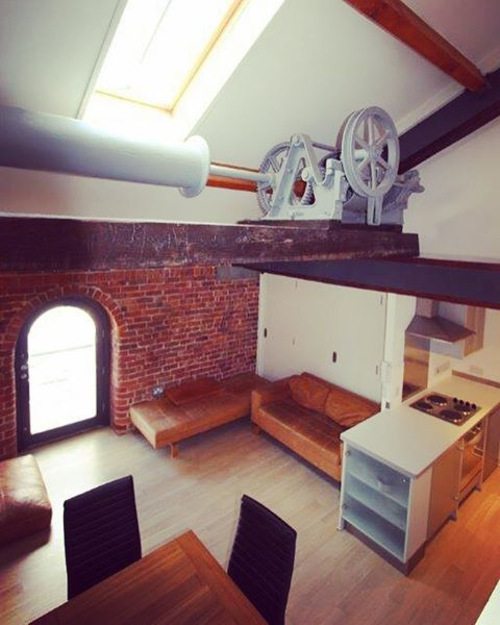 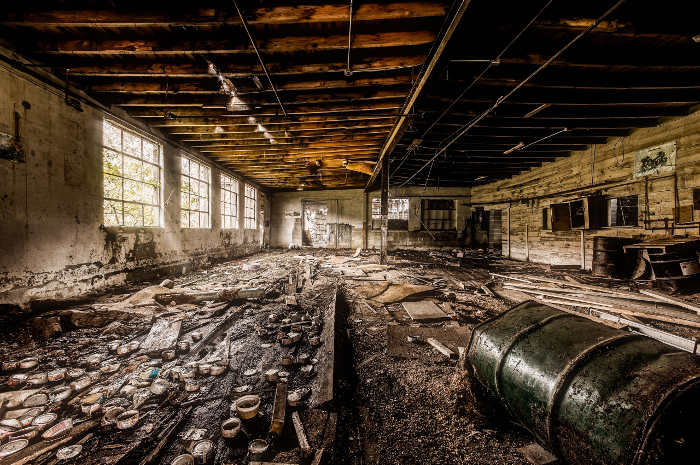 Despite their initial appearance (like that on the left), these industrial warehouses feature high ceilings, exposed brick and wood, open floor plans, and large windows which make them prime residential real estate.Flickr/The Explorographer™ 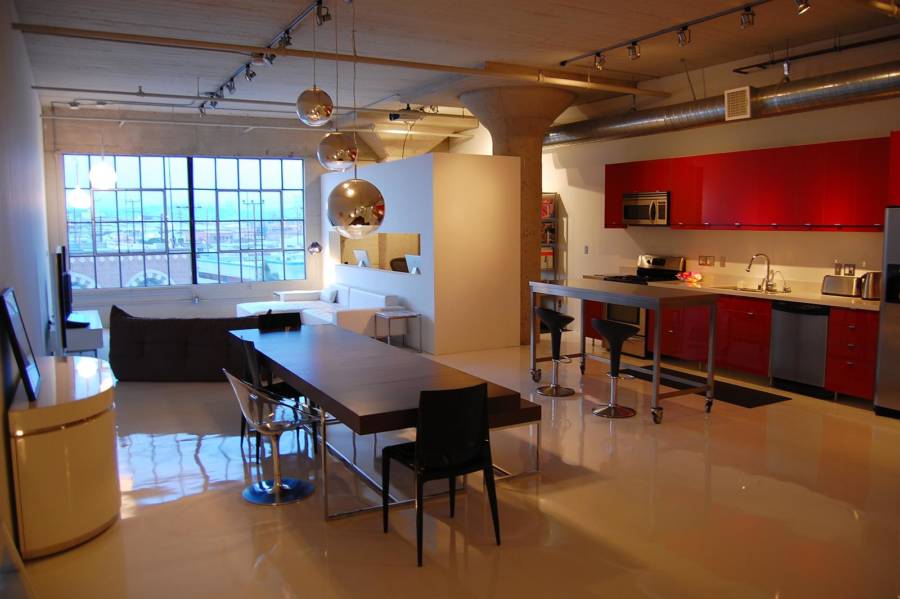 Developers recognize this, and have often converted them into high-end residential properties.Flickr/Bit Boy 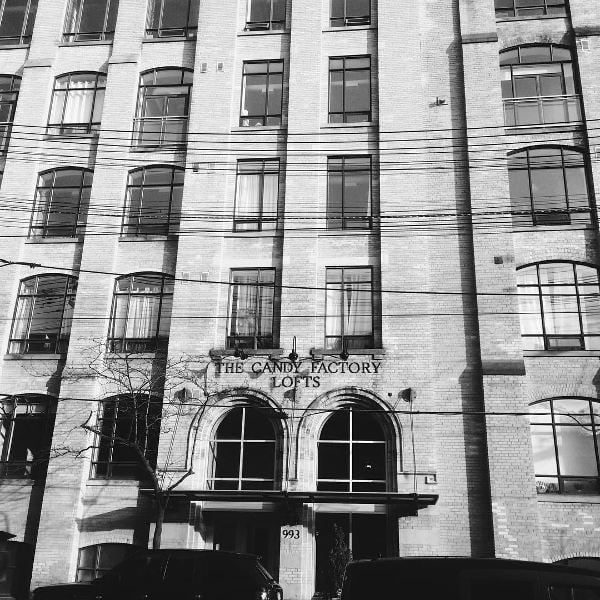 Factories are also ripe for refurbishing. The Candy Factory Lofts, for example, were once a factory in downtown Toronto, owned by Ce De Candy Company (the makers of Smarties). Developers converted the factory into lofts in 2000.Instragram/cinderellaepta 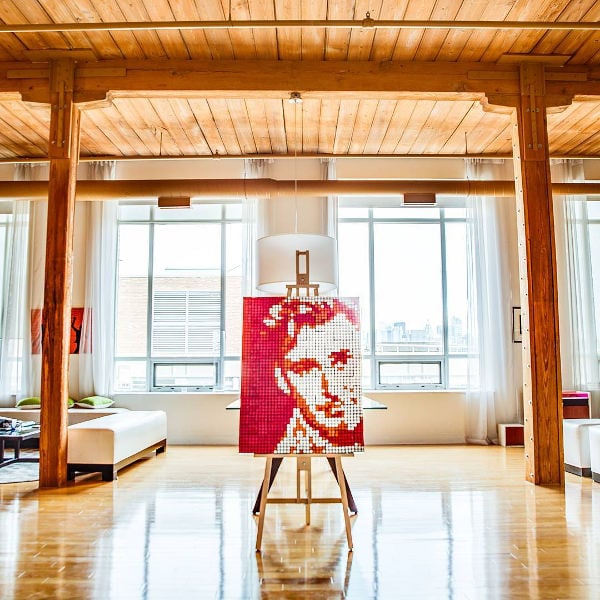 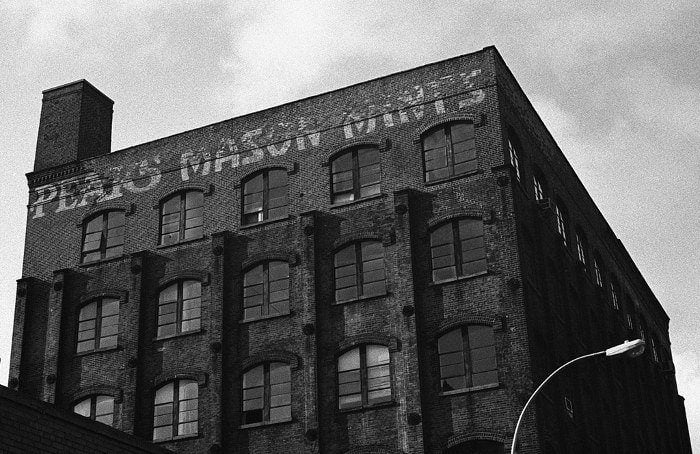 This sort of conversion has happened all over the U.S. east coast. Brooklyn's Peaks Mason Mints factory, originally built in 1885, provides yet another example.Flickr/Missy S 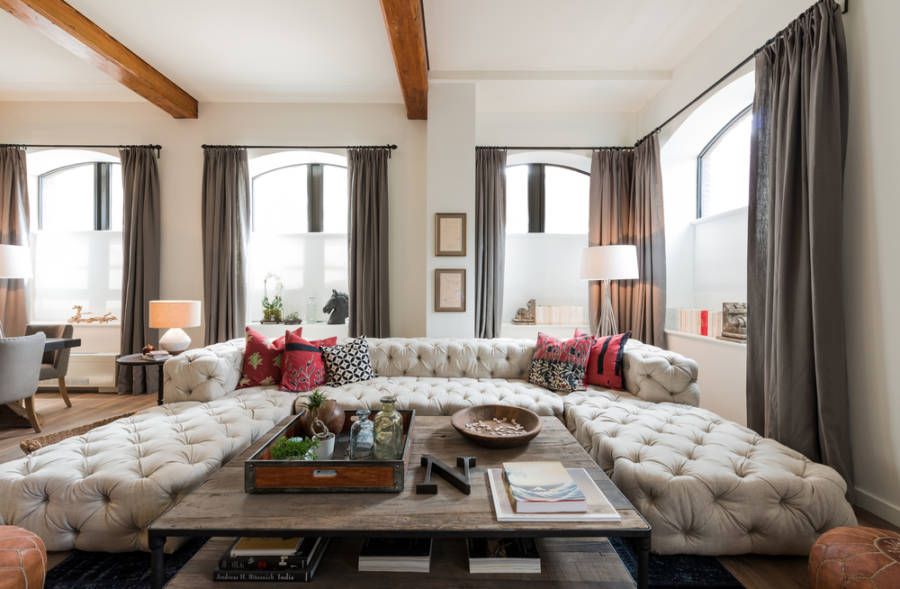 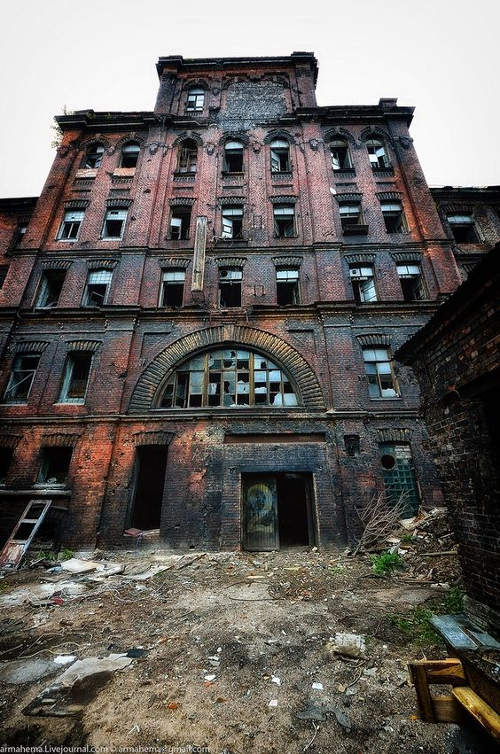 Many Americans tend to think of abandoned industrial buildings as a distinctly American phenomenon, wrapped up in the decline of the working class, and the slow deterioration of the Rust Belt. But in fact, this sort of decay is a global phenomenon, especially in Eastern Europe. Here, an old warehouse is slowing dying in St. Petersburg, just waiting for an opportunist to seize the day.Pinterest/rowan foglyano 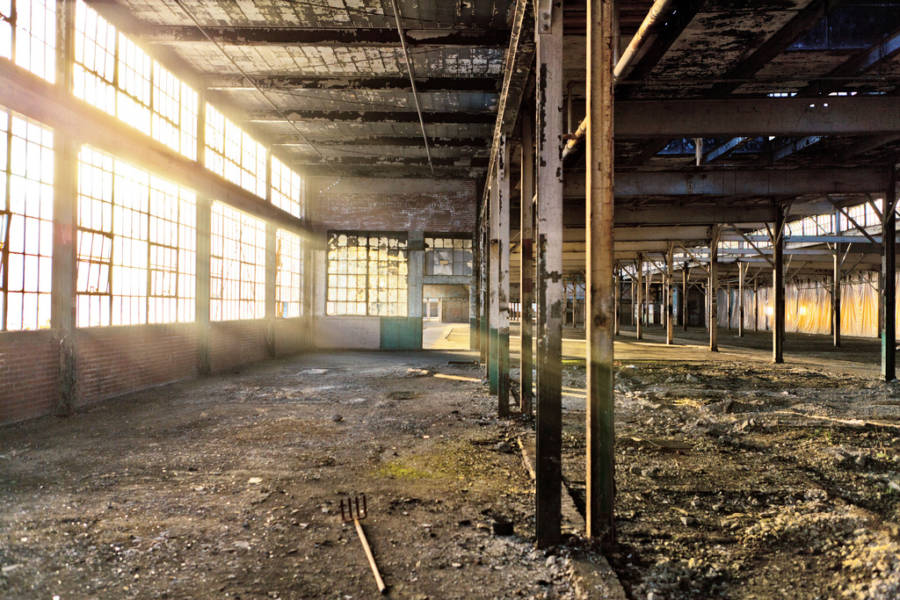 No matter how we repurpose them, industrial buildings have good bones and offer plenty of space -- more so than most buildings standing today. These factors -- coupled with the fact that it's often cheaper to renovate a building than construct a new one -- will always make these buildings extremely appealing for developers, artists, festival organizers, location scouts, photographers, and even couples looking for an edgy wedding venue. With so much potential, who knows what we’ll use these dusty old giants for next?Flickr/Benjamin Lehman

Factories, grain elevators, warehouses, power plants -- reminders of our industrial inheritance are all around us. But what happens to those buildings after the final shift ends and the lights go out for the last time?

Sometimes the buildings remain abandoned, left to crumble and sink back into the Earth. Other times, developers and artists look at decrepitude and see opportunity, and repurpose these decaying structures for vibrant new uses. The 22 images above present that extraordinary story.

Next, check out seven creepy abandoned cities around the world. Then, step inside four abandoned nuclear testing sites that humans destroyed even worse than Chernobyl.