From institutional racism and corporate machinations to government incompetence, these four elements of our electoral process explain why it's not the people who actually choose the president. 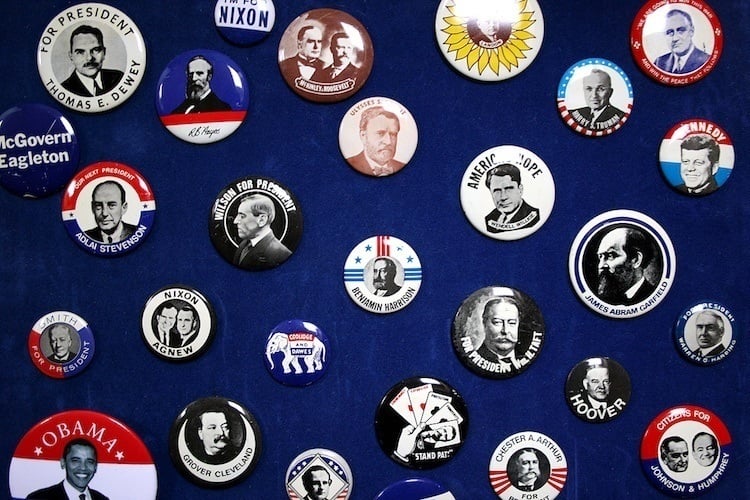 While you certainly know that, come November, we’ll elect our next president, what you may not know–or may have blocked out of your mind–is that January 6, 2016 marks the 15th anniversary of a rather important moment in the history of U.S. elections.

On January 6, 2001, after one of the closest presidential races the U.S. had ever seen—and a long recount mired in controversy, only to be ended by an order from the Supreme Court—Congress declared George W. Bush the official winner of the 2000 presidential election. As a result of contested Florida ballots, this declaration occurred more than five weeks after the election had taken place.

Outside of Congress, among the average Americans who had gone out to the polls five weeks before, what made this result so astounding was that Bush’s opponent, Al Gore, had actually won the popular vote–yet he was not elected. However, when the Supreme Court ended the Florida recount, that state’s 25 votes in the electoral college (more on that later) went to Bush, giving him the victory in the electoral college, and thus the presidency.

As crazy as that all sounds, it was actually the third time that a presidential candidate had won the popular vote and lost the election.

The U.S. electoral system is full of unbelievable, shall we say, “quirks” that disrupt the integrity and the basic logic of the democratic process. From the Electoral College to absurd voter restrictions, these laws and processes actually help decide who will run our country. Starting with the electoral college that gave Bush his victory 15 years ago, here are four of the most unbelievable U.S. election laws… 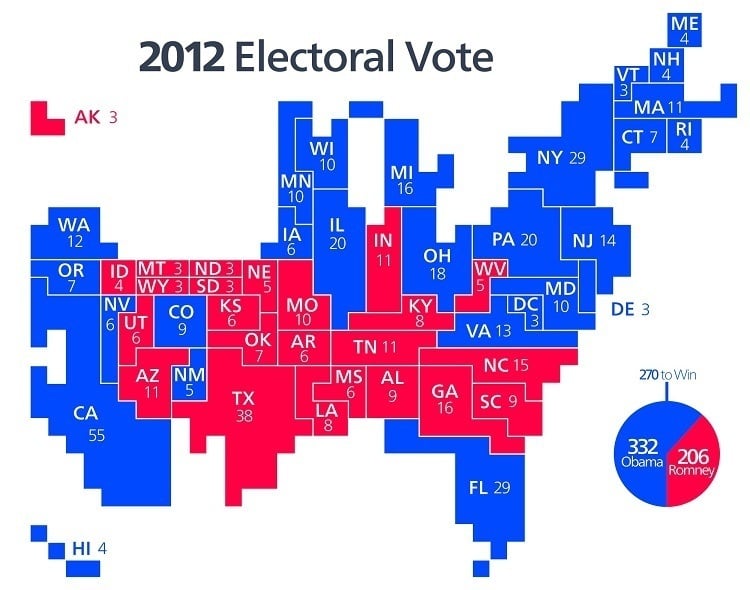 The results of the 2012 presidential election in the Electoral College, showing how many electoral votes are granted to each state. Image Source: Wikimedia Commons

The first thing you have to understand is that we don’t actually decide who becomes president–the Electoral College does. When you vote for a candidate, you’re not actually directly voting for that candidate.

Instead, you’re voting for the designated Electoral College elector, who has pledged to vote in favor of that same party you’ve voted for. So, if your state’s popular vote goes Republican, then the Republican electors from that state (usually chosen by the party’s presidential nominee, not the Democrat electors) are the ones who get to cast their votes for President in the Electoral College. Then, on the Monday following the second Wednesday in December, the Electoral College meets and decides who becomes president.

The number of electors from each state is equivalent to the number of congress members representing the state. Therefore, states with larger populations have more electors. And that might be the only thing about the Electoral College that makes much sense.

The thing that is perhaps most unbelievable and appalling about the whole process is that while electors pledge to vote for the candidate they represent, they don’t always have to. In fact, throughout U.S. history, there have been 157 “faithless electors,” ones who have, say, voted Democrat when they’d previously pledged to vote Republican, or vice versa. And less than half of U.S. states have laws preventing this. So, essentially, when you vote for a presidential candidate, you’re not so much voting for that candidate as you are placing power in the hands of an elector you don’t know and who can do what they please with that power. 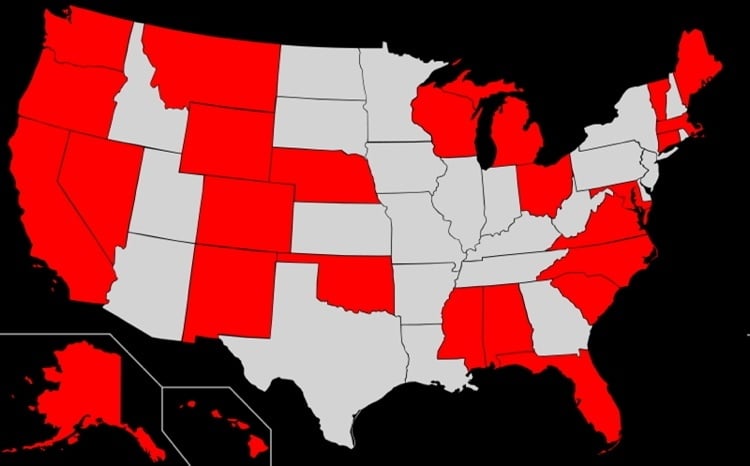 States in red are currently the only ones that have laws preventing the activities of faithless electors. Image Source: Wikimedia Commons

Now, most of the time, the electors vote as pledged and the Electoral College accurately reflects the mandate of the people–but not always. In 1836, 23 faithless electors from Virginia conspired to stop Richard Mentor Johnson from becoming vice president. The following year, the Senate reversed this, Johnson became vice president, and that was the closest faithless electors have ever come to changing the ultimate result of an election.

But that doesn’t mean it can’t happen, and doesn’t still happen today. In what is perhaps the most astounding–and frightening–case, a Minnesota elector in 2004 who had pledged to vote for the John Kerry/John Edwards ticket cast his or her presidential vote for “John Ewards.” Of course, that one botched vote didn’t ultimately matter, but it’s chilling to think that our presidential elections can, even a little bit, be swayed by things like that.

All that said, when the Electoral College was first established, in 1787, it was appropriate for its time. Because information wasn’t nearly as accessible and couldn’t easily be disseminated over large distances, the masses would not know enough about candidates from outside their own state in order to make an informed decision in a nationwide election. There was a chance that a single president would not emerge by majority vote because each population would just elect the name they knew from their home state. Today, however, it’s beyond obvious that this–and the Electoral College itself–no longer applies.