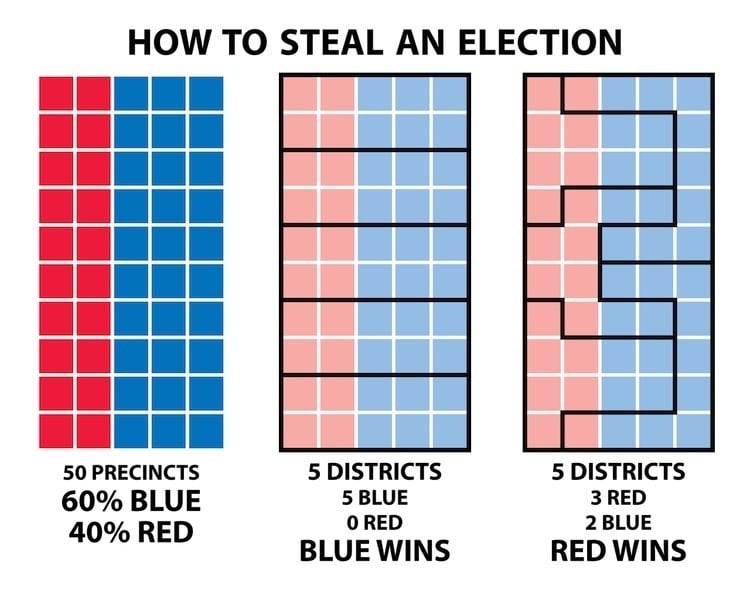 A simple diagram reveals how the way in which districts are divided can change the result of an election, regardless of the popular vote. Image Source: Wikimedia Commons

Gerrymandering is and has long been one of the largest, most destructive problems with the entire U.S. electoral system. In short, gerrymandering is the manipulation of electoral district boundaries to ensure, or at least promote, a particular outcome. For example, depending on how a state is divided into districts, the exact same voting results can produce different electoral results.

When dividing a state into districts, you’d think that simple geographic, municipal, or population-based ranges would do the trick. However, political parties have a great incentive to manipulate the district lines to suit their needs. You could pack a group of people (usually, it’s an ethnic group, making racism the underlying force at work) presumed to vote a certain way into one district so as to contain them and minimize their influence on other districts.

Alternatively, you could disperse a group of people presumed to vote a certain way into many districts so as to dilute their influence on any one district and prevent them from having much influence at all. While many laws and court rulings have sought to, and sometimes succeeded in, limiting or even reversing the effects of gerrymandering, it is still very much an issue today. 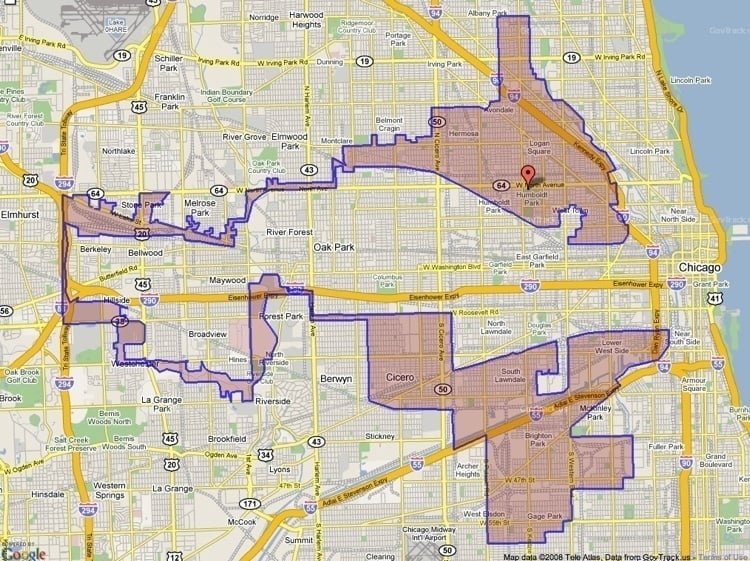 Callie Stewart
Callie Stewart is a writer, graphic designer, and photographer living in New York City. She is a big fan of anthropology, music, art, the written word, a good glass of wine and The Jerk.
You might also like
Remove Ads
×
Follow hu On