Vicente Carrillo Leyva was warned by his infamous father, Amado Carrillo Fuentes, not to go into the family business — but he couldn't resist and was eventually arrested for his crimes in 2009. 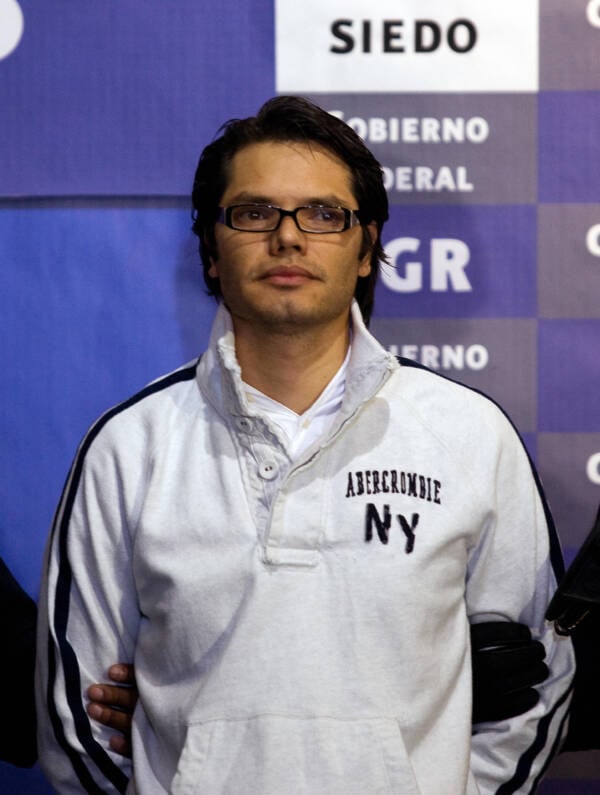 ALFREDO ESTRELLA/AFP via Getty ImagesVicente Carrillo Leyva, son of the leader of the Juarez drug cartel Amado Carrillo Fuentes, after his arrest, on April 2, 2009.

It’s not unusual for members of the same family to go into the same line of work — as Vicente Carrillo Leyva can attest.

Of course, the Leyva family isn’t a family of doctors, lawyers, engineers, or policemen. Rather, they’re all part of the business of illegal drugs — and specifically, the notoriously brutal Juárez Cartel.

And yet, if you were to ask Leyva’s cartel-boss father if he ever saw his son going into the “family business,” his answer might shock you.

Amado Carrillo Fuentes was the literal definition of “starting from the bottom, now we’re here.” Born in Sinaloa, Fuentes was the son of a modest landowner and his wife, who struggled with the day-to-day cost of living. But Fuentes’ uncle, Ernesto Fonseca Carrillo, led the Guadalajara Cartel. And Fuentes followed his uncle into the business when he was only 12 years old.

But in contrast, Vicente Carrillo Leyva led a very different — and privileged — life, according to Infobae. So privileged was he, in fact, that the press had a term for children like him: “narco juniors,” who were the heirs of the cartels of their grandparents and parents.

Unlike their ancestors, who came from nothing and built empires (albeit not in the traditional way), “narco juniors” enjoyed the fruits of their infamous progenitors’ labor: They went to the best schools and universities, wore designer clothes, and spoke several languages.

And Vicente Carrillo Leyva was no different from any other “narco junior.” He studied electrical engineering at the best universities in Spain and Switzerland and bought his first home in the glamorous district of La Colonia Americana, an exclusive area of Guadalajara, Jalisco, when he was just 17 years old. True to form, “The Engineer,” as he was called by cartel members, had expensive tastes, and reportedly designed the home to look like a Versace boutique.

None of that mattered to his father, who reportedly didn’t want his son to go into the family business. But being an actual engineer didn’t have the excitement — or the potential to earn mountains of cash — that the drug cartels had. So, Vicente Carrillo Leyva took another route. 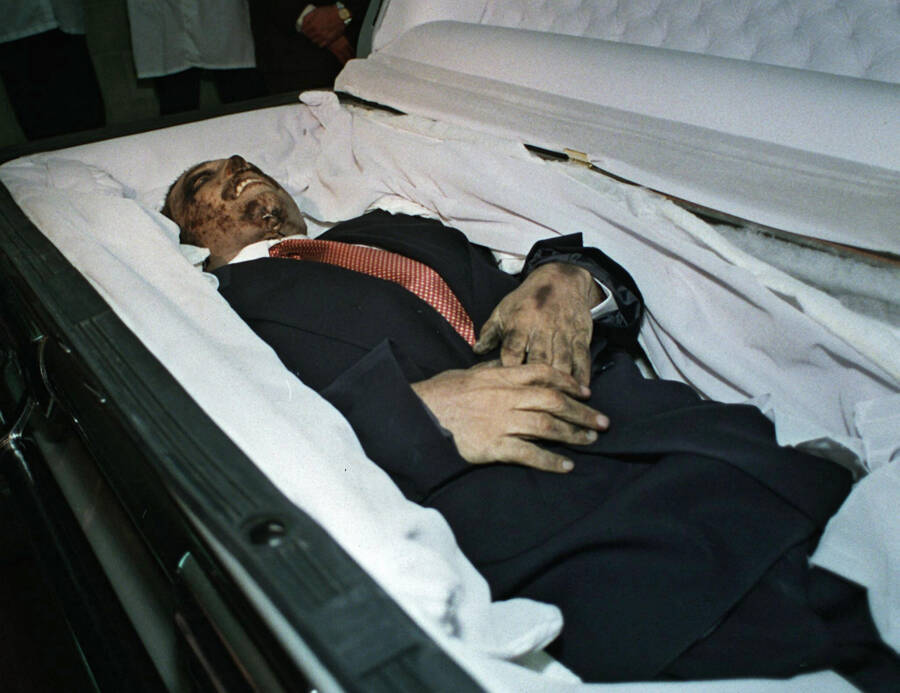 After his father’s death in 1997 thanks to botched plastic surgery, Vicente Carrillo Leyva went into “the family business,” in a manner of speaking. But unlike his father — or his uncles, for that matter — his hands never touched drugs. Rather, Leyva began laundering money from his father’s cartels — a sort of “cleaning up” of his father’s affairs, if you will.

Shortly after his father died, “The Engineer” went to his father’s various houses to recover hidden money. Within a matter of months, he recovered more than $7 million — including more than $400,000 from one house alone. Leyva then made more money when he sold three of his father’s “safe houses,” and divided the proceeds between himself and his siblings. Each ended up with about $1 million in cash, when all was said and done. 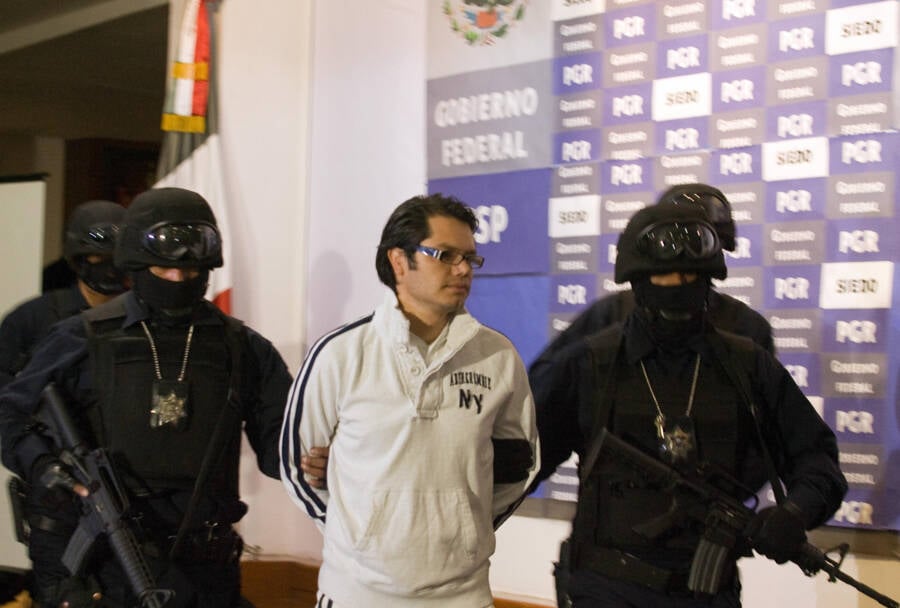 And all of that would have been fine, had that been where the proverbial line was drawn. But the problem was, Leyva followed that up by taking his share of the proceeds and divvying them up into several bank accounts he had opened up with his wife — under false names. Naturally, when the scheme was finally discovered, Vicente Carrillo Leyva was arrested and charged with money laundering, for which he served a sentence of more than seven years.

True to his roots as a spoiled “narco junior,” Leyva hardly looked like a cartel boss when he was arrested in April 2009, sporting stylish glasses and wearing Abercrombie & Fitch.

“It is evident that the resources that were deposited in the accounts have their origin in drug trafficking, which is noticed when following the route of the money, whose ultimate source is evidenced as the narco,” Leyva’s sentence read.

After he was released from prison in 2018, Vicente Carrillo Leyva seemed to vanish off the face of the Earth. Naturally, as happened with his father, speculation buzzed about what might have happened to him — until The Los Angeles Times revealed his fate.

In August 2020, Leyva’s brother César Carrillo Leyva, the heir apparent to his father’s drug empire, was murdered. Authorities believe that the murder of “El Cesarín” (as he was known) was ordered by Ovidio Guzmán López and Iván Archivaldo and Jesús Alfredo Guzmán Salazar, the heads of the Sinaloa cartel, who are also “narco juniors” like Leyva himself.

But the shocking thing about El Cesarín’s murder wasn’t that it happened. Tragically, the cartels have been at war with one another for ages, and this is just another casualty in that ongoing war. What made the murder so shocking was the fact that since his release from prison in 2018, the Sinaloa cartel has been after “El Ingeniero,” and they’ve not been able to find him.

And according to the Times, there’s a good reason for that: In exchange for purging his prison record, Leyva reportedly became an informant for the United States’ Drug Enforcement Agency.

What’s more, it’s believed that Vicente Carrillo Leyva leaked the information about his brother to the DEA — who, in turn, leaked it to the cartels — leading to his brother’s death. The cartels, for what it’s worth, are still looking for Leyva, for more reasons than one, but he remains safely anonymous, enrolled in the witness protection program provided by the United States government, and living under a completely different name and identity.