The Ins And Outs Of Victorian Dating

In spite or perhaps because of the value placed on chastity, the Victorians took flirting to a new level of crazy.

The Victorians weren’t exactly known for bringing sexual liberation to the masses — but that doesn’t mean that they didn’t have carnal desires.

In fact, the buttoned-up repression we often associate with the Victorian era misses the fact that Victorians were pretty creative when it came to inventing ways to get around sexual restraint, especially in the sphere of dating.

The Reason For “The Season”

In the Victorian era, many saw marriage as an economic arrangement from which the families of both the bride and groom — though often the groom — would benefit. And typically, an event known as The Season precipitated all the upper-crust matches that would lead to these arrangements.

Families who took part in the event had one goal in mind: To find their daughter a suitor. No matter where they lived, the Victorian elite would send their daughters — in their mid teens and early twenties — to London for the sake of encountering a potential match.

The most important element of The Season took place in the Coming Out, or the presentation of young women before the King and Queen by their mothers, aunts, or other female relative.

Even though the actual presentation only lasted a few moments for each girl, the planning would start months, if not years, prior.

Once a young woman had come out socially as a debutante, she could then attend parties and social gatherings. The caveat, of course, was that she could not do so alone. She was always accompanied by a female chaperone — usually her mother — and had to navigate the brave new world of dating while under supervision. 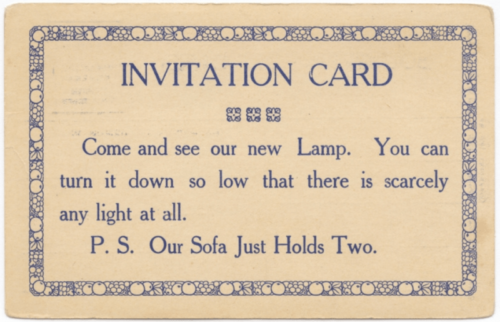 Men were well aware that others watched — and judged — their interactions with women in the dating realm. As a consequence, young Victorians who wanted to get to know one another, beyond their respective worths’ and family lineage, devised covert tactics to have conversations without speaking.

The woman’s hand fan proved to be a useful, inconspicuous tool to do so. Women often carried these fans to avoid fainting in hot ballrooms — which, given the prevalence of corsets and tight gowns, was a more commonplace event than you might think. Should they have their breath stolen by a potential suitor — well, that was a whole ‘nother challenge.

In any case, women created a “fan language” in order to communicate with suitors. As it happened, this wasn’t much of a devious act: as chaperones appreciated self-restraint, many viewed this type of subtle flirtation as acceptable.

The fan signals weren’t hard to interpret: If a lady’s fan was shut, she didn’t like the suitor and wanted him to leave. If her fan was half-open, she was friend-zoning him. If the fan was open wide, she really liked him. 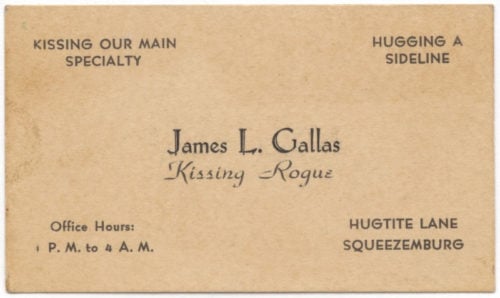 While men did not have fans to communicate with, they did carry some type of business or calling card (in fact, women often had them too, but they were more for the purpose of social introduction). Some men had cards made for the express purpose of clandestine flirting, and would pass them to a woman without anyone noticing. Unless and until the female recipient read the card, its true message would remain a mystery.

What appeared in the cards was not always PG: while generally laced with humor, the cards’ content could at times be quite abrupt and even fairly dirty. Women, too, could have such cards made and they were often tit for tat with their potential male suitors.