Experts believe that the ring was once owned by a powerful Viking chief more than 1,000 years ago. 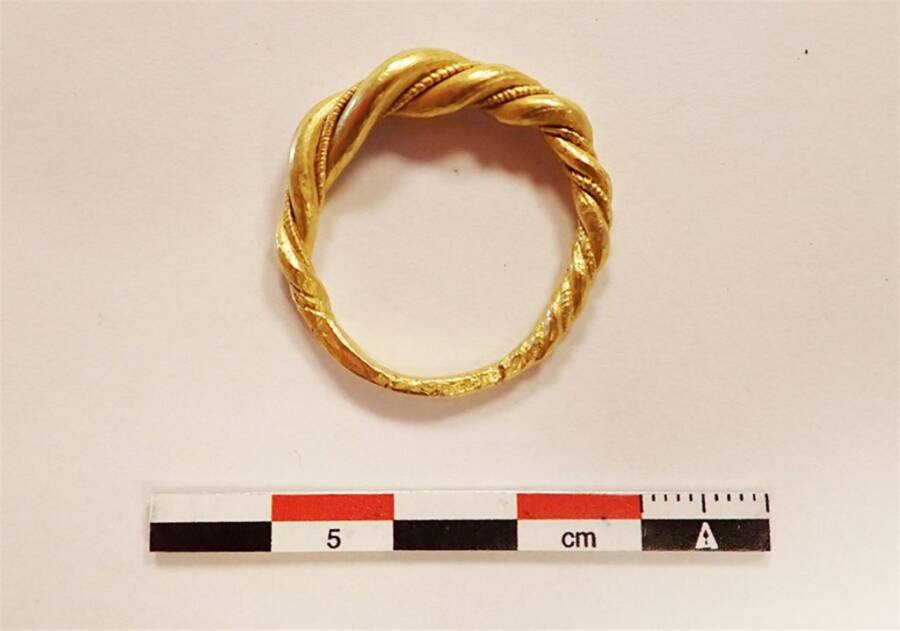 Vestland County MunicipalityExperts aren’t sure exactly who owned the ring originally, but the fact that it was made with gold suggests that it belonged to a high-status individual.

Mari Ingelin Heskestad, of Norway, recently ordered a batch of cheap costume jewelry online — and got way more than she expected. Among the gaudy baubles, Heskestad noticed a gold ring that turned out to be from the Viking era.

“I noticed that it was so heavy,” Heskestad explained to the Norwegian newspaper Bergensavisen, BA. “It glistened and stood out among the other jewelry. It looked very special.”

The ring was not a piece of cheap jewelry — but a gold band once owned by a Viking, possibly a powerful chief.

“Here we have a very observant woman, who immediately saw that this could be something very old,” Karoline Hareide Breivik, the acting head of the cultural heritage department, said in a statement. “She contacted us, and we could quickly confirm that this was a real finger ring of gold from the Late Iron Age/Viking Age. The same type of ring has been found in Norway in the past, but they are rare.” 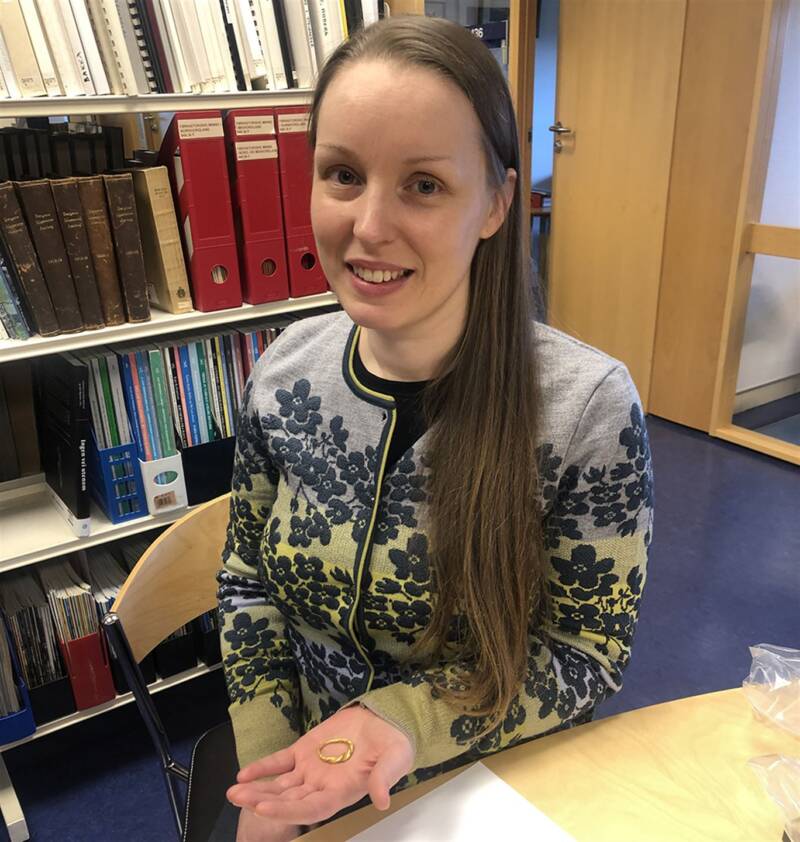 Archaeologists aren’t exactly sure where the ring came from. Heskestad bought it from an online auction house, which was selling off remains of an estate that had been packed in banana crates.

“What this means is that we have no idea where the ring is from,” Sigrun Wølstad, an archaeologist and the senior advisor in the Vestland county section for cultural heritage, told Science Norway. “It could be from anywhere.”

To Bergensavisen, BA, Wølstad added: It probably originated from a grave, [and] has been lost or hidden. This type of ring has been found in large parts of Norway and in Scandinavia. It could just as easily be from Sweden.”

But it’s clear, Wølstad continued, that the ring dates back to the age of the Vikings. “You can see it in the design and style of the ring,” she explained. “Prehistoric gold often has a slightly different color than today. Similar and similar rings have been found, and based on context, we have managed to date it.”

Indeed, experts believe that the ring, which weighs almost 11 grams, was probably once owned by a wealthy man. It might have even been worn by a Viking chief.

“Gold was rare during the Viking Age, there wasn’t a big supply of it anymore. So this would have been reserved for the richest and most powerful people in society,” Unn Pedersen, an associate professor of archaeology at the University of Oslo, told Science Norway. She called the ring “extremely rare” and an “exciting find.” 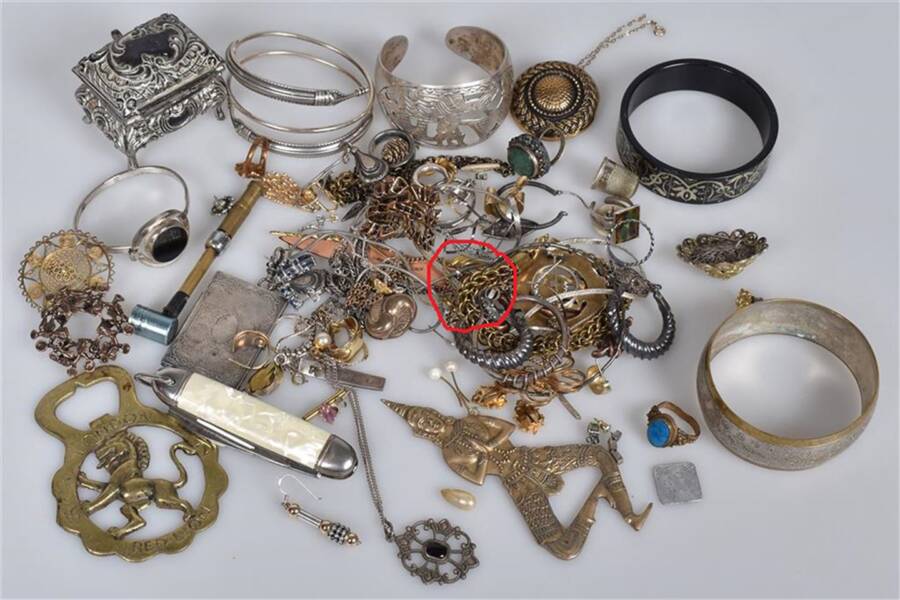 Vestland County Municipality Mari Ingelin Heskestad noticed the gold Viking-era ring, circled in red, among other pieces of jewelry she bought from an online auction.

Though the full story behind the Viking ring is still a mystery, experts are pleased that Heskestad noticed the ring and brought it to them.

“It is extremely rare that such things are bought in a second-hand context,” Wølstad told Bergensavisen, BA. “We are impressed that she saw that it was this type of gold and could time it so well.”

Breivik similarly noted in their department statement: “We are happy that the ring was handed to us, so that professionals at the museum can now take care of it.”

Because all objects from before 1537 are automatically protected in Norway, the Viking ring will go to the University Museum in Bergen, where it will be put on display.