The octagonal gold ring dates to the third century and is inlaid with a green gemstone that has an image of Jesus as the "good shepherd" carved into it. 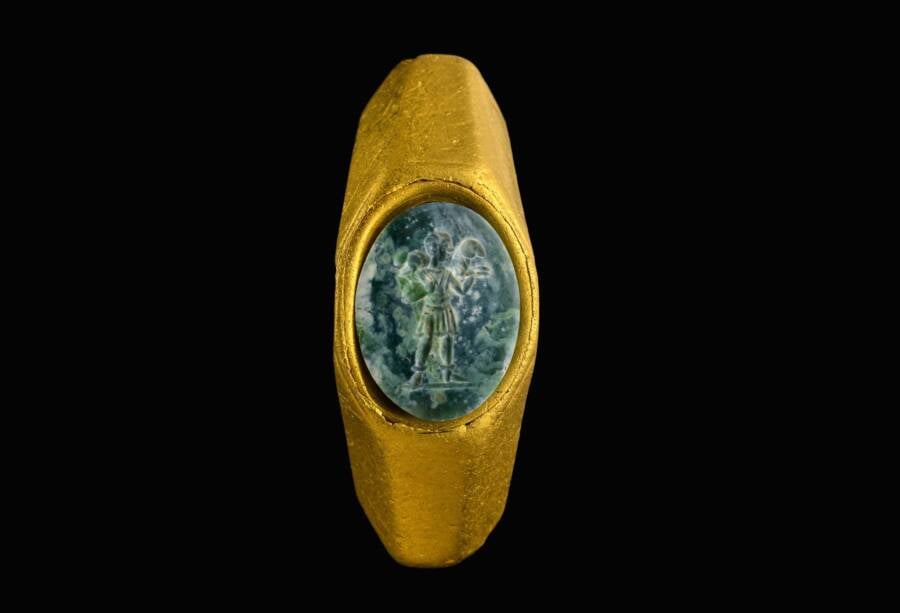 Almost two thousand years ago, a powerful storm off the coast of Caesarea in present-day Israel wrecked a ship. Now, archeologists have recovered treasures from that ship’s hull — including a rare gold ring adorned with an early symbol of Jesus Christ.

The ring, set with a green gemstone and inscribed with an image of a boy holding a sheep on its shoulders, symbolizes Jesus as the “good shepherd.” Since Jesus allegedly said, “I am the good shepherd… the good shepherd lays down his life for the sheep,” early Christians often depicted him this way.

It wasn’t the only wonder that archeologists pulled from the deep. In addition to the ring, archeologists from the Israel Antiquities Authority (IAA) also found third-century Roman coins, bells to ward off evil spirits, a bronze eagle figurine, and a Roman pantomimus figurine in a comic mask.

“A sea of treasures!” the IAA posted on Facebook. “An archeological survey of the ancient authorities in the Caesarea area revealed a spectacular treasure of two ancient tropic ships. The discoveries tell the story of two ships that sank during different periods, probably when they tried to anchor or find shelter from storms.” 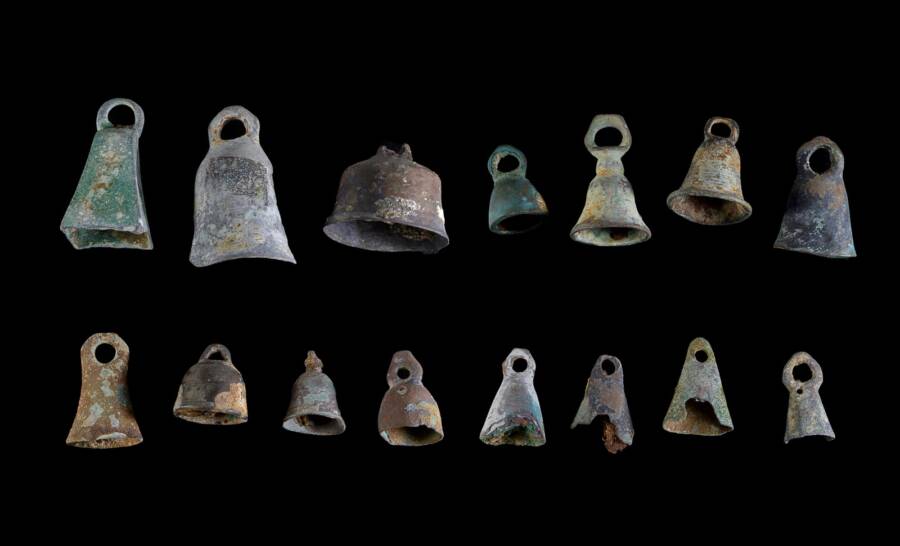 Israel Antiquities AuthorityThese Roman bells were used to ward off evil spirits, though they did not save the ship from sinking in an ancient storm.

Of all the treasures found off the coast of Caesarea, though, the gold Jesus ring stands out.

“This image, of the ‘Good Shepherd’, is known in ancient Christian art as a symbol of salvation,” the IAA explained on Facebook, noting that finding the image on a ring was rare. “It is a parable of Jesus as the merciful shepherd of mankind, or as the one who has shown the protection of man or the testimony of his believers.”

Archaeologists believe that the ring’s owner was likely one of the first Christians. And since the ring is small, it may have belonged to a woman.

All that makes sense because Caesarea played a significant role in the development of early Christianity. A port city and a local capital of the Roman empire, Caesarea was home to various people with different beliefs.

“This was a period when Christianity was just in its beginning,” explained Helena Sokolov, a curator at the IAA’s coin department, “but definitely growing and developing, especially in mixed cities like Caesarea.”

Sokolov added that while Christianity was not widely accepted or practiced, the Roman Empire had a relatively tolerant policy toward new forms of worship. As such, a wealthy citizen of Caesarea could have likely worn the ring without fear of reprisal. 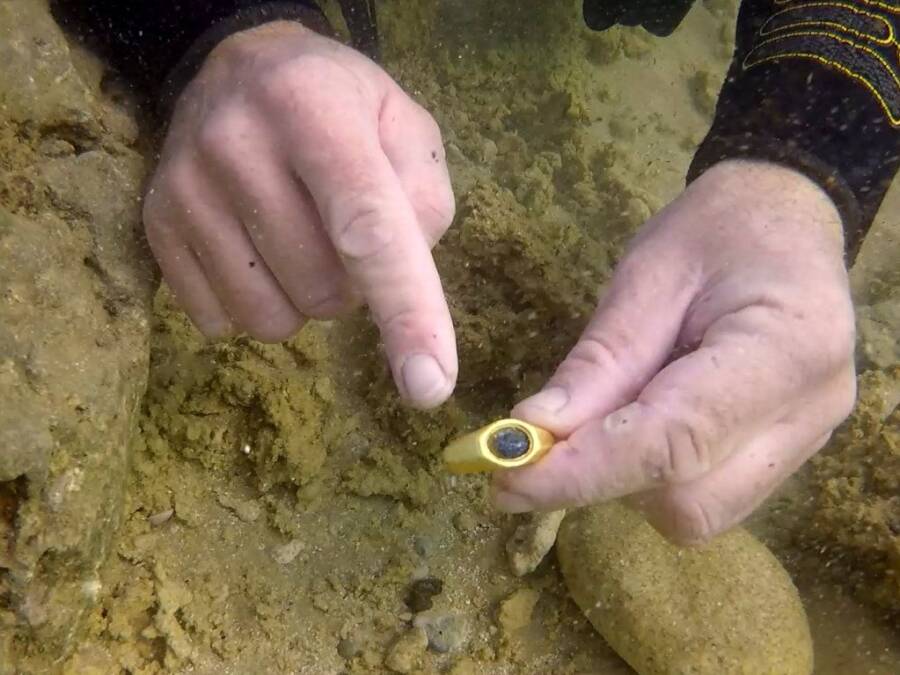 Israel Antiquities AuthorityAn underwater archeologists points to the ring after its discovery.

And they wouldn’t have been alone in their desire to do so. At the time, Caesarea was home to one of the first Christian communities. The city is even mentioned in the Bible as the site of the baptism of the Roman centurion Cornelius by the apostle Peter.

“This was the first instance of a non-Jew being accepted into the Christian community,” explained Jacob Sharvit of the IAA’s Marine Archaeology Unit. “From here, the Christian religion began to be disseminated across the world.”

The gold Jesus ring — and the other treasures — are hardly the first found by Israeli archeologists in recent months. The land and sea around present-day Israel are rich with history, and the IAA encourages people to do their part in sharing what they find with experts.

“We appeal to divers: if you come across an ancient find, take a note of its underwater location, leave it in the sea and report it to us immediately,” said Eli Eskozido, director of the IAA.

“The discovery and documentation of artifacts at their original findspot [have] tremendous archaeological importance and sometimes even a small find leads to a great discovery.”