From the nun who stole $800K to the "ninja" who took on the U.S. Army, go inside the craziest crime stories from this past year that you may have missed.

As virtually everyone might admit, 2021 only continued last year’s trend of being utterly bizarre. And these crime stories are no exception.

Though this year’s news was largely dominated by the ongoing COVID-19 pandemic and political strife, the 13 incidents below were still shocking enough to capture our attention. From decoding the Zodiac Killer’s notes to vigilante justice in Kansas City, these crime news stories defined our year. 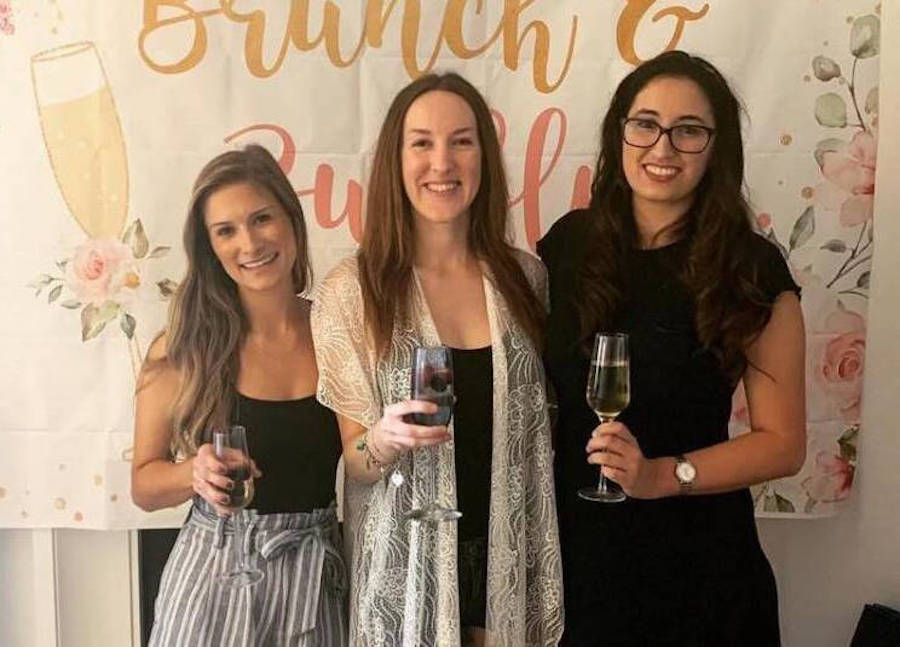 FacebookTaylor Kahle (center) died after a man jumped from a building — and landed on top of her.

Despite the stressors of a global pandemic, life was on the upswing for Taylor Kahle. The 29-year-old event manager from San Diego was thriving at work. She also had plans to celebrate her 30th birthday with friends.

But her life was tragically cut short on April 25, 2021. Kahle was on a second date with a nice man. After visiting the zoo and having dinner, they took a stroll along J Street and 10th Avenue — when a falling man killed her.

Apparently suicidal, the man in question had leaped from a nine-story parking garage and taken Kahle’s life along with his own. The San Diego County Medical Examiner said that he was in his 20s or 30s and later died at a local hospital. Kahle was pronounced dead at the scene.

Kahle’s boss Laurel McFarlane was heartbroken by the tragedy, especially since it happened at such a happy time in Kahle’s life. McFarlane said, “She had just met someone… It was new, just starting out — and she was just excited that there was someone she was having a connection with.”

Her devastated father said, “Her life was at a high point. It was all good and she was very happy. So when I keep thinking about how much I miss her, as hard as it is, I like to think she left this world on a high note.”

The French Engineer Who Cracked The Last Zodiac Killer Ciphers 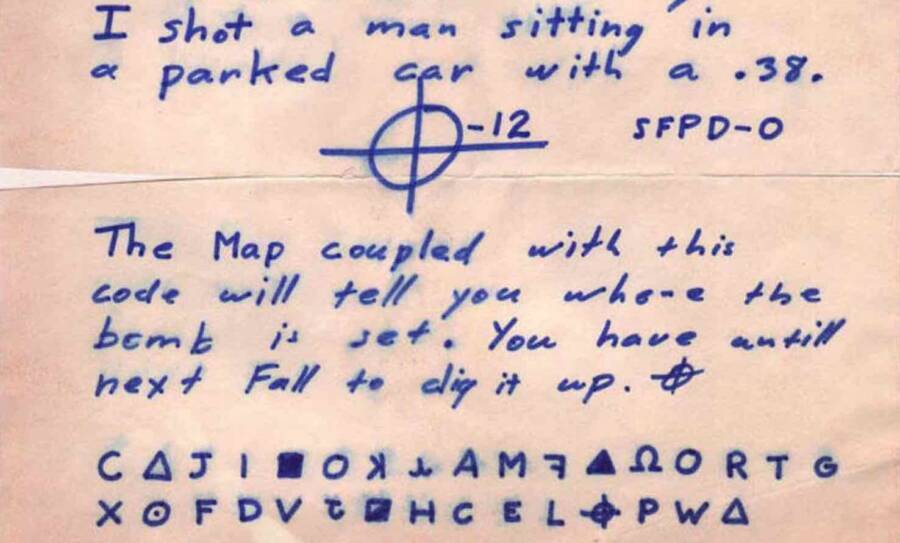 Public DomainDubbed “Z32,” this is one of the two Zodiac Killer ciphers that French engineer Fayçal Ziraoui solved.

Uncaught to this day, the Zodiac Killer terrorized Northern California in 1969 and 1970. The mysterious man killed at least five people and taunted regional newspapers by sending them baffling ciphers to solve.

The San Francisco Chronicle received four Zodiac Killer ciphers between July 31, 1969 and June 26, 1970. One was quickly solved just a week after it was sent. Another was solved in 2020, leaving just two to be decoded.

Only an obsessive few stayed on the case, and not all were authority figures. In June 2021, French engineer and business consultant Fayçal Ziraoui claimed to have cracked the final two ciphers. These were called Z13 and Z32 for the number of coded characters that each contained.

To decode the messages, Ziraoui recycled old work that international codebreakers had used to solve another Zodiac Killer note. Since the codebreakers had released their encryption key in the public domain, Ziraoui simply applied that same key to Z32. Though he ended up with a jumble of letters, he tried rearranging them, struggling to find the right answer.

But eventually, he ended up with this: “LABOR DAY FIND 45.069 NORT 58.719 WEST.” Ziraoui then realized that the Zodiac Killer had sent the cipher on the same day that he had threatened to “wipe out a school bus.” Turns out, when Ziraoui followed those coordinates based on Earth’s magnetic field, he found a location that was close to a school near South Lake Tahoe.

As for the other cipher, Ziraoui said that it actually revealed the killer’s identity as Lawrence Kaye, who had been a suspect in the original case. While some cast doubt on Ziraoui’s work, he did send his findings to the FBI — who were unable to comment on an ongoing investigation. 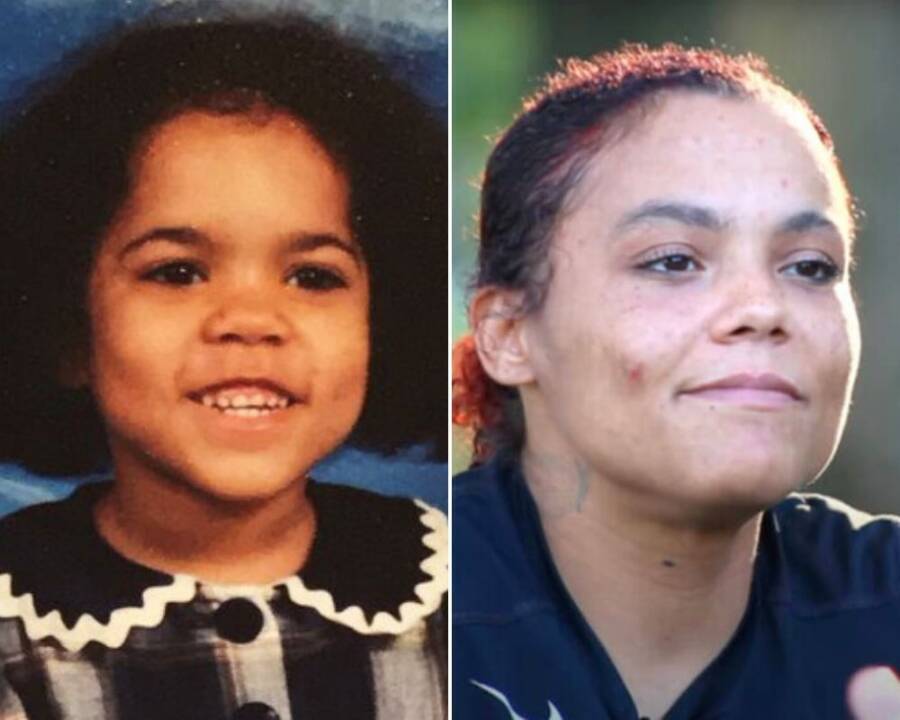 Brittany Renee Williams was seven years old and being treated for AIDS at an independent foster home in Henrico, Virginia, when she suddenly vanished in August 2000. Presumed dead because she did not have her medication with her, the young girl was never seen again — until October 2021.

That’s when Kaylynn Stevenson, of Fort Wayne, Indiana, went public with her claim that she was Williams. While she had little recollection of her early childhood, she stumbled upon a missing person’s flyer for Williams online — and a torrent of memories came rushing back almost immediately.

“I did remember the last name ‘Williams,'” said Stevenson. “For some reason, it’s implanted in the back of my mind. And Brittany Renee Williams’ photo popped up. I woke my wife up out of her sleep and was like, ‘This is me! I know me when I see me. This is me!'”

When Stevenson took a DNA test, the results showed a 95.83 percent probability that she was half-sisters with Anastasia McElroy, the first daughter of Williams’ mother, Rose Marie Thompson. Though Stevenson has never been diagnosed with HIV or AIDS, police still found the development staggering enough to reopen the missing person investigation.

Early on in the case, authorities had been suspicious of the head of Williams’ foster home, Kim Parker. She had claimed that she put Williams in the care of two women in California, which turned out to be a lie. In the midst of the investigation, cops did not discover any evidence that Parker had harmed or killed Williams, but they did find Parker guilty of fraud in her business.

Meanwhile, Stevenson was raised in Ohio by adoptive parents — who had taken her under their care when she was 7 years old. While some details remain unconfirmed about her early years, her memories, birthmarks, and DNA results suggest that this missing person’s case is finally solved.