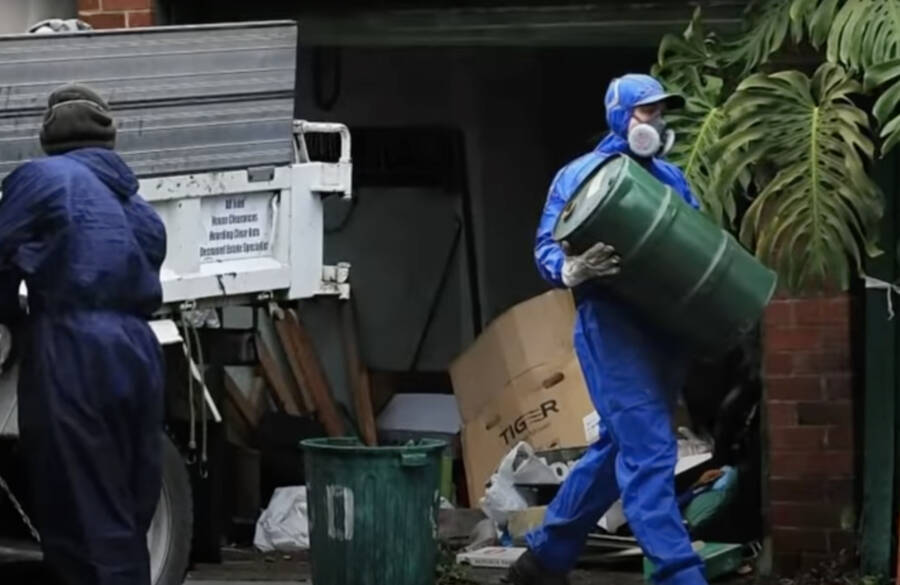 7NEWS Australia/YouTubeTwo decomposing bodies were found by cleaners who were clearing the trash-littered home of Bruce Andrew Roberts.

Bruce Andrew Roberts was known around his Sydney neighborhood as a wealthy recluse who hoarded everything from boxes and broken equipment to newspapers and plain trash. But what his fellow Australians didn’t know was that he was also hoarding a mummified corpse.

“No one’s been near the home,” said neighbor Gayle Meagher. “The home would have been fairly bad inside. He had mental issues and was a bit of a recluse. Everything was locked up. You couldn’t see inside the windows.”

The macabre secrets inside were only revealed when neighbors called the police to request a welfare check on Roberts on July 21, 2017. While authorities easily found Roberts’ body atop a live heater, the other person’s body was only found a year later by cleaners tasked to clear his house.

A post-mortem following the 2018 discovery identified the victim as 39-year-old Shane Snellman. A drug addict and vagrant, Snellman had apparently broken into Roberts’ home after being released from jail in 2002.

Just this year in 2021, a coroner ruled that Roberts had shot Snellman in the head after spotting the intruder. But instead of calling the police, Roberts (who owned 19 illegal firearms) simply covered Snellman’s body with a rug and placed it in a spare bedroom, where it stayed for 15 years. During that time, Roberts had collected 70 air freshener bottles to mask the smell.

Remarkably, Snellman was only found because of Roberts’ own death — and because his house was being prepped for sale the year afterward. 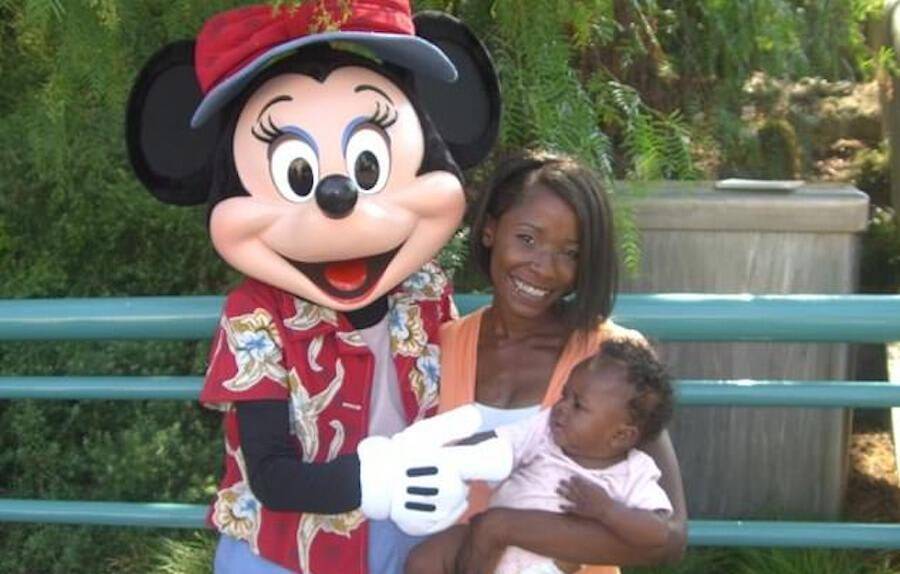 FacebookZa’Zell Preston was killed seven weeks after having her third child.

On Christmas morning of 2011, William Wallace and Za’Zell Preston of Anaheim, California, watched their children unwrap their holiday gifts. When the kids asked Wallace why Preston was wearing sunglasses inside, he said that “she got drunk and ruined Christmas.” But in reality, Preston was dead — because Wallace had beaten her to death the night before.

By the morning, Wallace had propped her body up on the couch and placed the shades on her. While the couple had just brought a third child into the world seven weeks prior, their relationship had been plagued by domestic violence — which spurred a fatal altercation the night before Christmas.

When Wallace finally called 911 at 9:30 a.m. on the holiday, he claimed that Preston had accidentally injured herself and needed medical attention. He would later say that he thought she was still alive when he set her up on the couch, only to realize the horrific truth later that morning.

But when cops arrived on the scene, they did not believe his story, and Wallace was soon under arrest. He spent nearly a decade behind bars before he was finally convicted of second-degree murder this year. 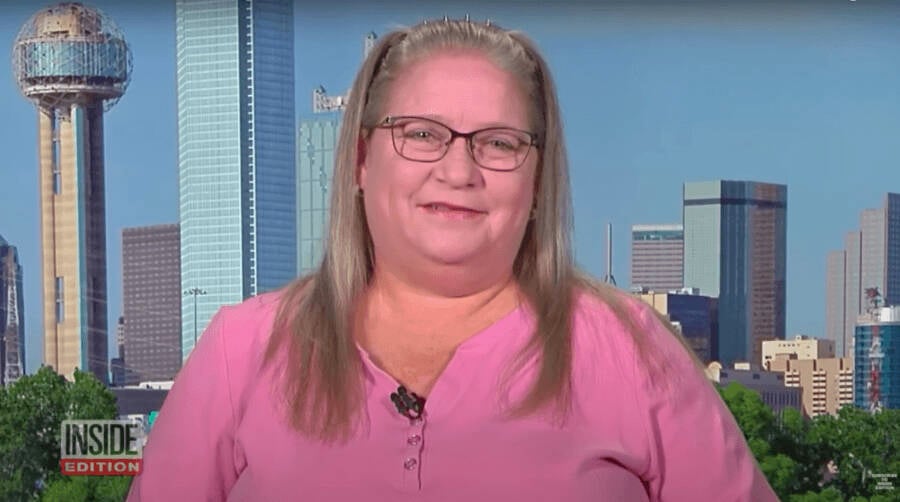 Inside Edition/YouTubeCaron McBride’s failure to return a VHS tape resulted in a felony embezzlement charge.

Caron McBride was merely trying to update her married name in April 2021 at a Texas DMV. But instead, the 52-year-old woman found out that she was a wanted felon in Oklahoma. The Cleveland County District Attorney’s Office broke the shocking news to her over a phone call.

McBride had been charged with felony embezzlement for failing to return a Sabrina the Teenage Witch VHS tape that she had rented from an Oklahoma video store back in 1999. McBride was anything but a crook, so she was flabbergasted to learn that she had apparently been living on the lam.

“She told me it was over the VHS tape and I had to make her repeat it because I thought, this is insane,” said McBride. “This girl is kidding me, right? She wasn’t kidding.”

Court documents revealed that the charge had first emerged in March 2000. McBride was confused because she didn’t remember ever renting the tape — and she didn’t even enjoy the show. The revelation did provide some answers, however, as she realized the reason for losing several jobs over the years was that employers likely came upon her criminal record.

Fortunately, the Cleveland County District Attorney’s office found the situation as unfair as McBride and dismissed the charge. It remains unknown whether someone else rented the tape under McBride’s name. As for McBride, she believes a former roommate was responsible.