William Wallace dragged wife Za'Zell Preston into the living room with sunglasses on her head, propped her body on the couch, and told his kids that "she got drunk and ruined Christmas." 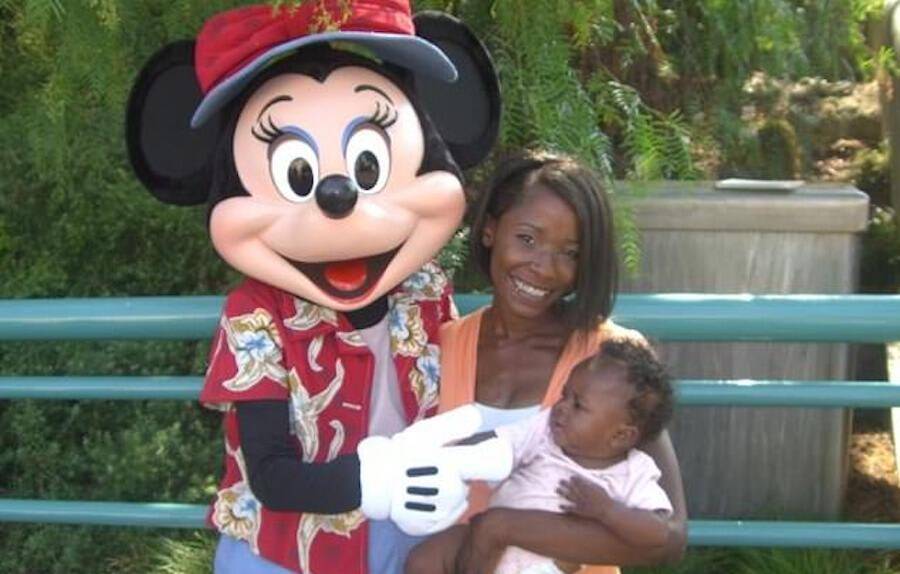 On Christmas morning of 2011, William Wallace of Anaheim, California watched his kids unwrap their gifts alongside his wife Za’Zell Preston. The couple had just added a newborn son to their family seven weeks prior, and the scene in their living room that morning appeared to be the very picture of Christmas bliss.

But what the kids didn’t know is that their father had beaten their mother to death the night before, then placed sunglasses on her face and sat her body on the couch to make it look like she was still alive.

According to The Orange County Register, Wallace killed the 26-year-old mother of his three children in what was the culmination of years of domestic abuse.

Now, after almost a decade behind bars, Wallace will finally go to trial and the full story of this grisly crime is set to come out. 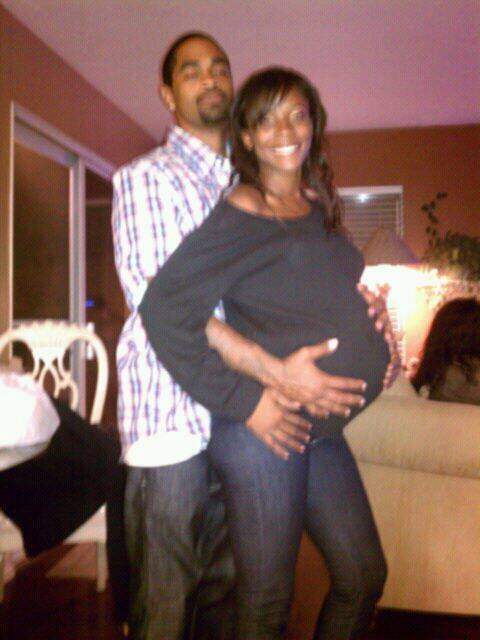 FacebookWilliam Wallace holding a pregnant Za’Zell Preston not long before the murder.

On Christmas Eve, one neighbor overheard them arguing inside their apartment after attending a holiday party nearby. While the full details of what happened next have yet to come out in court, prosecutors have painted a disturbing picture of the events that followed on Christmas morning.

Wallace reportedly dragged his wife into the living room with sunglasses on her head, propped her body on the couch, and told his kids that “she got drunk and ruined Christmas.” Then, the children began to open their presents, unaware that they were doing so in front of their mother’s corpse.

But Wallace couldn’t sustain the ruse for long, and by 9:30 a.m., he called 911 and innocently said his wife needed medical attention (though accounts differ as to who called). When paramedics arrived on the scene, her body was still there on the couch, sunglasses on her face.

Wallace tried to talk his way out of it with a story about his wife accidentally injuring herself, but it didn’t work. Soon, the cops were on the scene and he was under arrest. 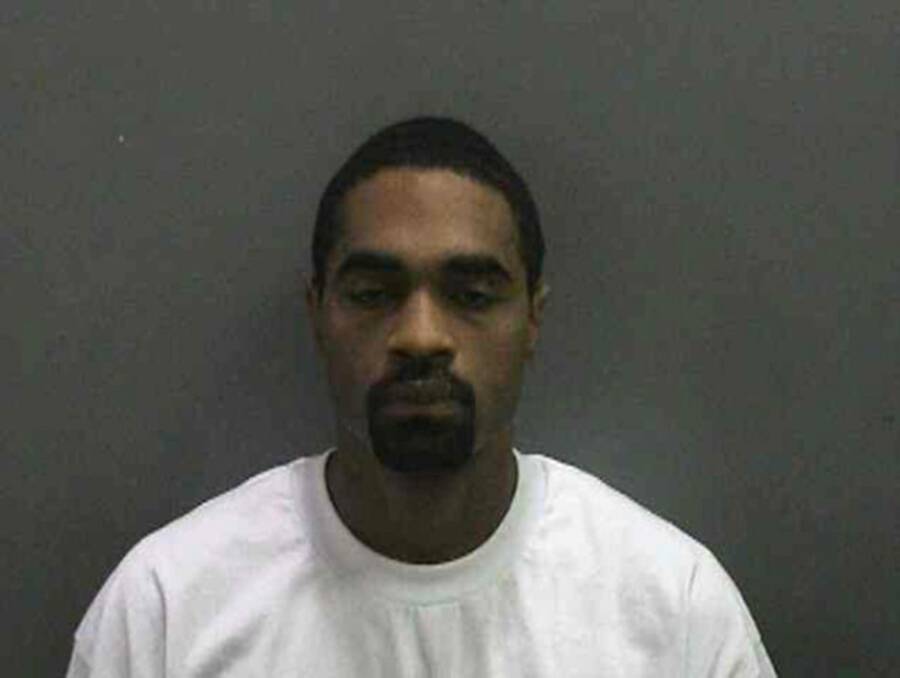 Orange County JailWilliam Wallace faces up to 25 years to life in prison if convicted of first-degree murder.

The prosecution’s case paints a grim portrait of both what happened on Christmas 2011 and the years of abuse that led up to it.

“This Christmas story does not have a happy ending, and unfortunately this is not just a story, it is real life,” said Senior Deputy District Attorney Heather Brown.

In her opening statements, Brown told the jury that Wallace “did what he always did, expecting [Preston] to survive like she always did.” But during this particular beating, Preston succumbed to her wounds while her kids were fast asleep.

Preston’s family had already informed investigators of how violent and controlling Wallace could be. One of her relatives claimed to have found Preston in the street following a particularly brutal beating while she was pregnant.

Meanwhile, Wallace’s attorney Heather Moorhead is advancing his story that it was all a tragic accident.

“Mr. Wallace is being accused of something that is not his fault,” said Moorhead. “You will hear about a relationship that was full of arguing and yelling, but also a lot of love.”

The defense maintains that Preston drunkenly fell onto a glass table and shattered it. However, police found blood throughout the residence as well as numerous holes in the wall and one door that was off its hinges. 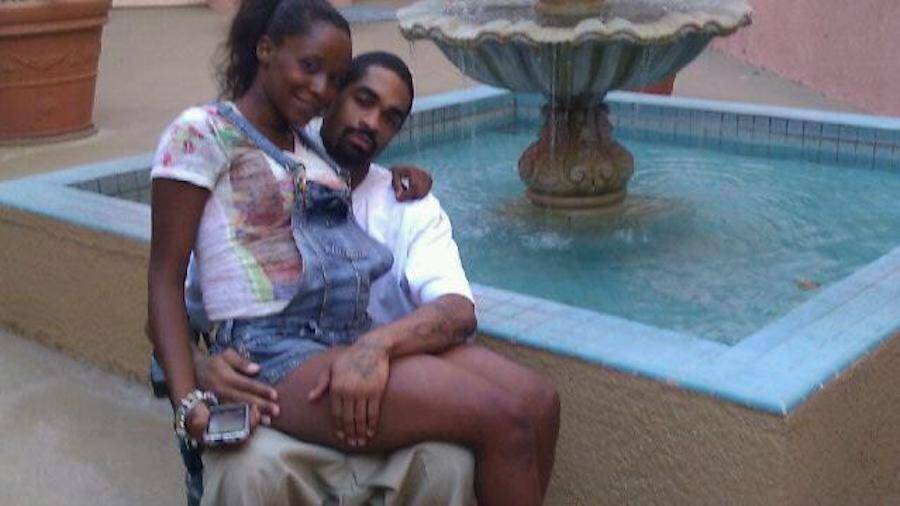 FacebookZa’Zell Preston and William Wallace mere months before he killed her.

Furthermore, Preston’s relatives say that Wallace had tried to kill her several times before. Brown told the jury that Wallace himself explained that “we were drinking and during the argument I tossed her around a bit.”

However, Preston’s older daughter said she saw her mother trip and fall into the glass table before Wallace could catch her. Moorhead said that both Wallace and the daughter carried her into the bathtub, but accidentally hit her head on the way to the bathroom.

According to The New York Post, it remains unclear who called emergency services. What is apparent, however, is that Wallace told several people that his wife had suffered a concussion after she hit her head — and only realized that she was dead when she failed to wake up the following morning.

But if the jury doesn’t believe this defense and he’s convicted, Wallace faces up to 25 years to life in prison. He has already been incarcerated since Christmas Day 2011, and remains behind bars on $1 million bail.

After reading about the California man who propped his dead wife on the couch as his children opened their Christmas gifts, learn about Maurice Jewel Taylor, the father of four who decapitated two of his children and forced the others to live with the corpses. Then, read about Mitchelle Blair and the unspeakable evils to which she confessed.