The Horrific Murder Of Breck Bednar, The Teen Slain By His Online Gaming Friend

On February 17, 2014, 14-year-old Breck Bednar secretly met 18-year-old Lewis Daynes at his apartment in England. Bednar was found dead the next day.

The untimely death of 14-year-old London native Breck Bednar shocked the world in 2014. His murder at the hands of a stranger he met online named Lewis Daynes served as yet another macabre cautionary tale to those socializing on the web.

His horrific execution was as shocking as it was senseless. After tricking Bednar into believing he was a friend via an online gaming platform, Bednar’s 18-year-old murderer lured him to his flat where he stabbed him in the neck and sent photos of him as he lay dying to his siblings. He never showed any remorse for his crimes.

If nothing else, the tragic murder of Breck Bednar launched a crusade on behalf of British parents to educate their children about the dangers of meeting strangers online.

How Breck Bednar Was Catfished By Lewis Daynes 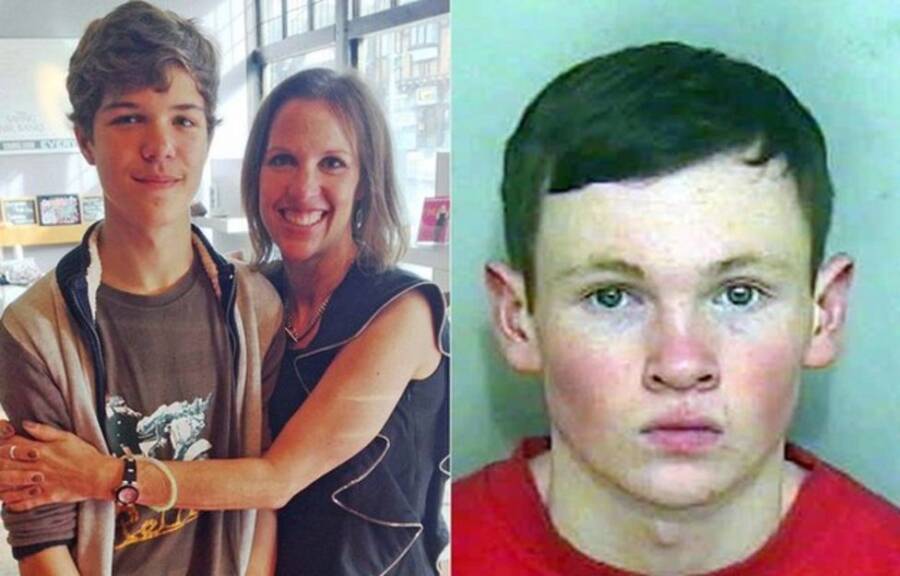 Recalled by family as a loving, affectionate, and intelligent teenager, Breck Bednar was the oldest of four children living in Surrey with his father, cited by some as an oil magnate. Like many people his age, he enjoyed online gaming with friends he met in person and online.

But those games also attracted the likes of more sadistic types, and it wasn’t long before Bednar was befriended by one of them: a 17-year-old named Lewis Daynes.

Daynes began talking with Bednar and his online circle of friends, and he told the younger teens that he was a 17-year-old computer engineer. The impressionable schoolboys believed Daynes when he said he ran a very successful company in New York. 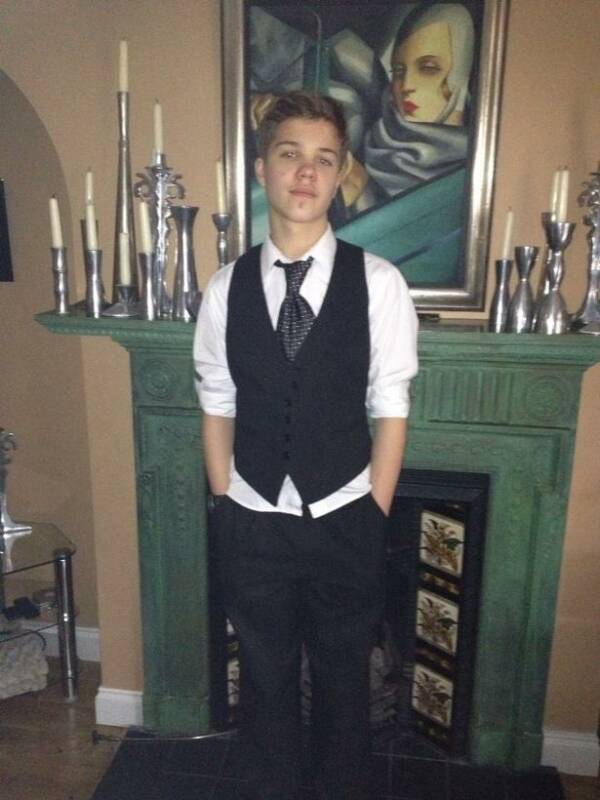 FacebookBreck Bednar in his family’s home.

In reality, Lewis Daynes was an unemployed 18-year-old living by himself in Grays, Essex. Three years before befriending Bednar and his friends, Daynes was accused of raping a young boy and allegedly possessing images of child pornography. Despite the accusations, Daynes was neither investigated nor prosecuted.

“I tried my best to stop it, but Breck saw him as some kind of tech guru,” said Bednar’s mother Lorin LaFave. She reportedly contacted the police after listening in on what was obviously an adult voice speaking to her son through the online game.

“His personality was changing and his ideology was changing,” LaFave continued. “He was starting to refuse to attend church with us. I felt like it was because of the negative influence of this person.”

LaFave even told police that she believed her son was being groomed by a predator online — but the police did nothing.

The Murder Of Breck Bednar At The Hands Of Lewis Daynes

With the police seemingly powerless to help, LaFave tried to take matters into her own hands. She tried to limit her son’s access to his gaming console, forbade him from using the same server as the older teen, and made it clear that she disapproved of their relationship.

Despite her best efforts, however, Breck Bednar was unmoved. Lewis Daynes allegedly told him that he was terminally ill and needed to pass his company over to someone he trusted — namely, him. So one day, Bednar caught a cab to Daynes’ flat in an Essex tenement in February 2014. 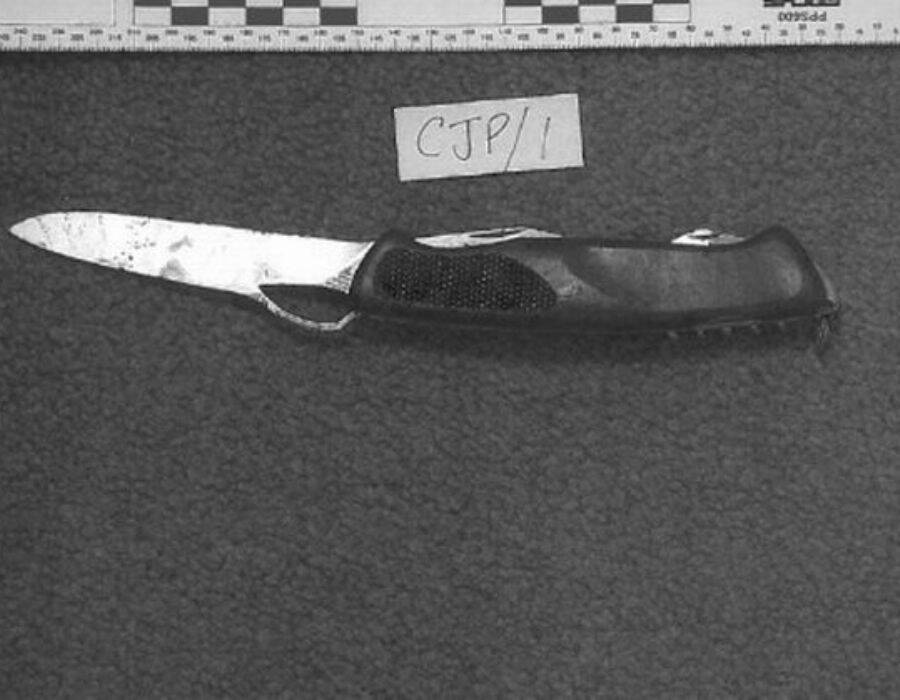 On February 17, Bednar told his parents that he was staying at a friend’s house nearby. That lie would cost him his life.

The details of what happened in Daynes’ flat that night are still largely unknown. The brutal murder is thought to be sexually motivated, and Breck Bednar was quickly attacked and overpowered by Lewis Daynes.

What is known for certain is that the morning after the murder, Daynes made a chilling call to the police. His voice was calm and at times patronizing toward the emergency operator when he said:

“My friend and I got into an altercation… and I’m the only one who came out alive,” he said matter-of-factly.

When the police arrived at his home the next day, it was clear that there had never been an altercation between the pair. The brutal attack had been one-sided. Bednar’s lifeless body lay on the floor of Daynes’s apartment, and his ankles and wrists were tightly bound with duct tape. Worse yet, his throat was deeply slashed.

Police found Breck Bednar’s bloody clothes in a garbage bag inside Lewis Daynes’ apartment. There was evidence of some sexual activity between the two before Bednar was murdered. However, there’s never been any specific information released about this aspect of the murder.

Police also found all of Daynes’ encrypted electronics to be immersed in water in his sink, in an attempt to destroy communications evidence between them. Officers then arrested Daynes and took him into custody.

Daynes initially insisted that Breck Bednar’s murder had been accidental, but detectives saw through his lies easily. In a surprise move before his trial, he changed his plea to guilty during his pre-trial hearing.

During the hearing, prosecutors had noted how Daynes bought duct tape, syringes, and condoms online shortly before Bednar’s murder.

In 2015, Daynes was given a 25-year sentence. The prosecution stated that although Daynes was only 18 when he committed the murder, he was a controlling and manipulative individual who planned out the crime. They noted that it stood out as one of the cruelest and violent cases they’d dealt with. 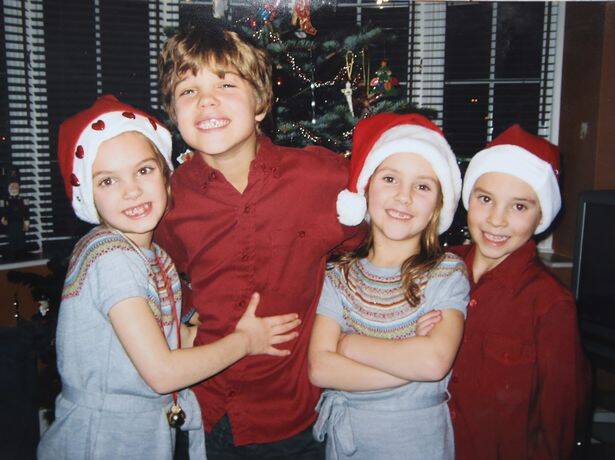 Surrey NewsBreck Bednar and his siblings.

Following the sentence, however, Breck Bednar’s mother Lorin LaFave received taunts from Lewis Daynes in a series of blog posts. In these posts, he took offense to the description of his apartment as “grotty” and insists it was clean and tidy.

He also says he could have fled the scene with his “substantial funds” and that his “actions do not fit the profile that has been created by the media and family.”

Despite the despicable nature of these comments, police said there was insufficient evidence to bring harassment charges against him. Devastated but not defeated, Lorin LaFave contacted Google requesting they take the blog down. But their response merely redirected her to her son’s murderer.

Then, in 2019, one of LaFave’s teenage daughters received threatening and tormenting messages on Snapchat by someone claiming to be Daynes’ cousin. One of the distressing messages featured eyeball and tombstone emojis suggesting they were watching. According to Breck Bednar’s sister, the messages read, “I know where your brother is buried” and “I’m going to smash his tombstone.”

Police were once again contacted, but they told the LaFave family to just get some security systems.

Her daughter then received a follow request from “Breck” on Instagram. When the family complained to the social media company, they advised them that only the person being impersonated could have the fake profile removed.

It seemed they were doomed no matter which way they turned.

How The Bednar Family Is Trying To Prevent Similar Crimes 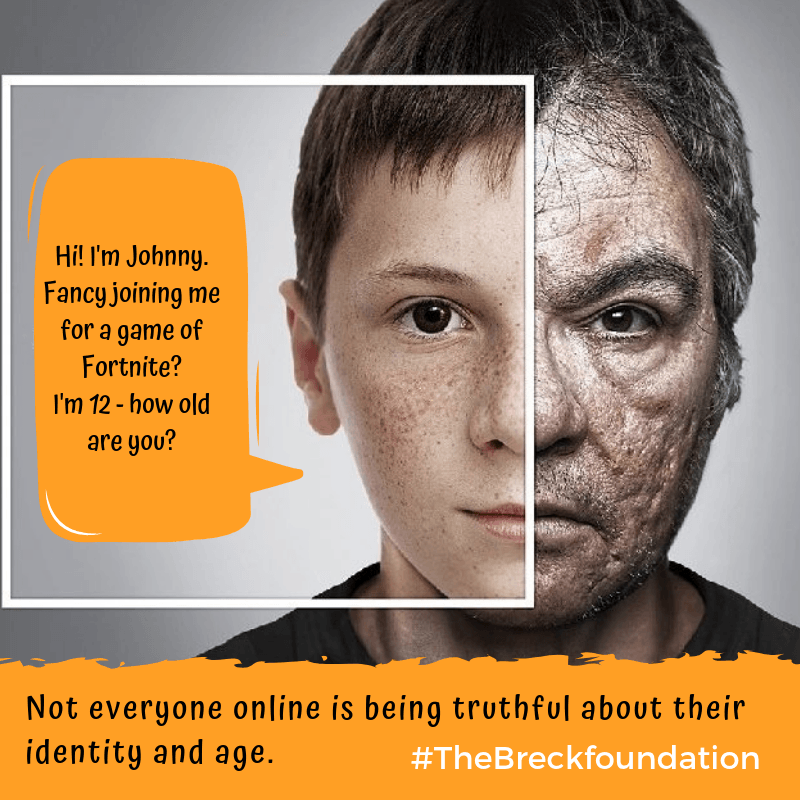 Along with unimaginable grief, LaFave’s thoughts after Breck Bednar’s death were dominated by the notion that his murder could have been completely prevented. In the wake of her son’s tragic murder, she set up the Breck Foundation to campaign for tighter regulation on behalf of social media companies.

She continues to campaign for tighter online laws and attends schools to speak to teens about staying safe online. The Breck Foundation’s slogan is “play virtual, live real.”

The film, Breck’s Last Game, was rolled out to high schools in the U.K. to encourage teens to be more vigilant about who they talk to online. Since his murder, Lorin LaFave has strived to ensure her son’s death wasn’t in vain.

As for Lewis Daynes, he won’t be eligible for release until 2039 when he’ll be in his early 40s.

After reading about the tragic murder of Breck Bednar, learn about Walter Forbes, who was exonerated after serving 37 years in prison for a murder he didn’t commit. Then, read about the man who was looking for a dead body in croc-infested waters, only to be dragged under by them.