The witness whose testimony sealed Walter Forbes' fate admitted to her lies in 2017, saying that two local men had threatened to harm her and her family if she didn't identify Forbes as the arsonist. 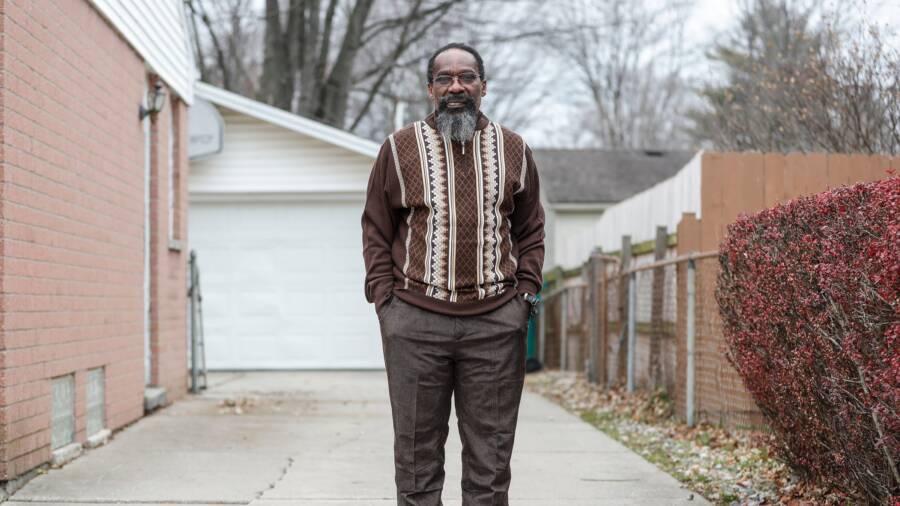 TwitterWalter Forbes is trying to hold no grudges — and move forward.

Walter Forbes was a full-time student at Jackson Community College in Michigan in 1982. The following spring, he was a convicted murderer and arsonist who was sentenced to life in prison. After nearly four decades behind bars, he’s been fully exonerated — after the prosecution’s star witness admitted she lied.

According to The Detroit Free Press, Forbes’ ordeal began when he tried to break up a bar fight that involved a man named Dennis Hall. Little did he know that this would have serious short- and long-term consequences. First, Hall shot Forbes the following day in rage-filled retribution.

But the cataclysmic series of events leading Forbes to prison had only just begun. on July 12, 1982, Hall was found dead in his Maple Street apartment from a deliberately set fire — and investigators were sure Forbes had sought revenge. Tragically, Forbes was still recovering from his gunshot wound when he was charged.

It has taken over 37 years for the truth to come to light: key witness Annice Kennebrew admitted to fabricating her story, and the Maple Street fire was set by the building owner in an insurance fraud scheme. Now 63 years old, Forbes was finally released from prison on Nov. 20. 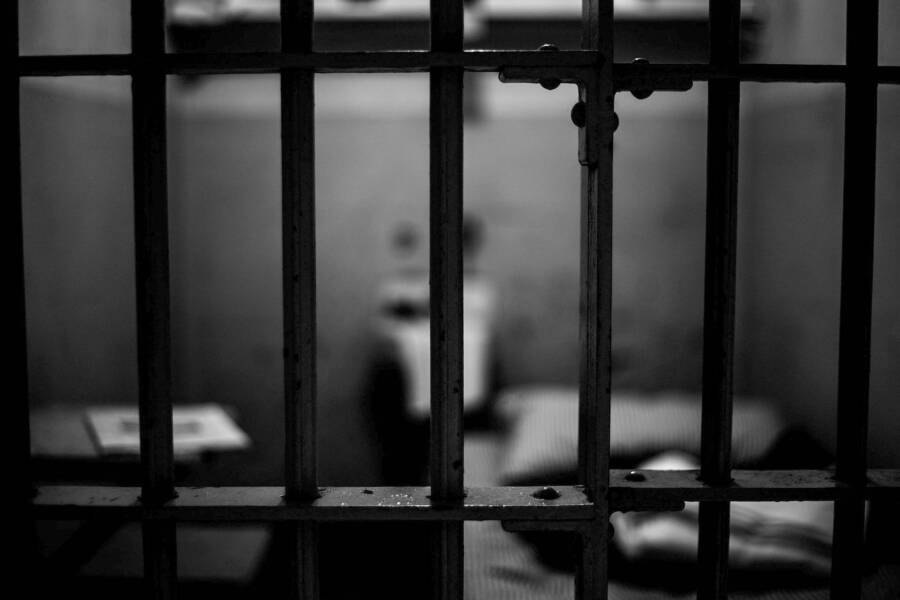 PixabayAfter 37 years, Forbes was nervous to leave the certainties of prison life for the chaos of the outside world.

While police arrested and charged Forbes with arson and murder in 1982, his actual conviction in May 1983 hinged entirely on Kennebrew’s testimony. She testified that she saw three men burn down the Maple Street house — and that one of them was Walter Forbes.

The stunning assertion was riddled with holes and saw two of the three men she fingered as culprits have their charges dismissed. One of them passed a polygraph test, while the other was acquitted due to serious discrepancies in Kennebrew’s testimony. Only Forbes was convicted.

“It felt like all the possibilities that I was working on all those years were coming to fruition,” he said about the momentum of the retrial that exonerated him. “I didn’t think it would take that long, but patience paid off.”

For him and his attorney Imran Syed of the Michigan Innocence Clinic, the fact that the burden of proof was on them was shocking. They said the jury had already been convinced of Forbes’ guilt when the trial began.

“Merely being arrested and charged suggests to the jury that something happened even though they should be scrutinizing the evidence and presuming evidence,” said Syed. “No jury wants to believe that a prosecutor went through the trouble of bringing someone to trial if they’re not truly innocent.” 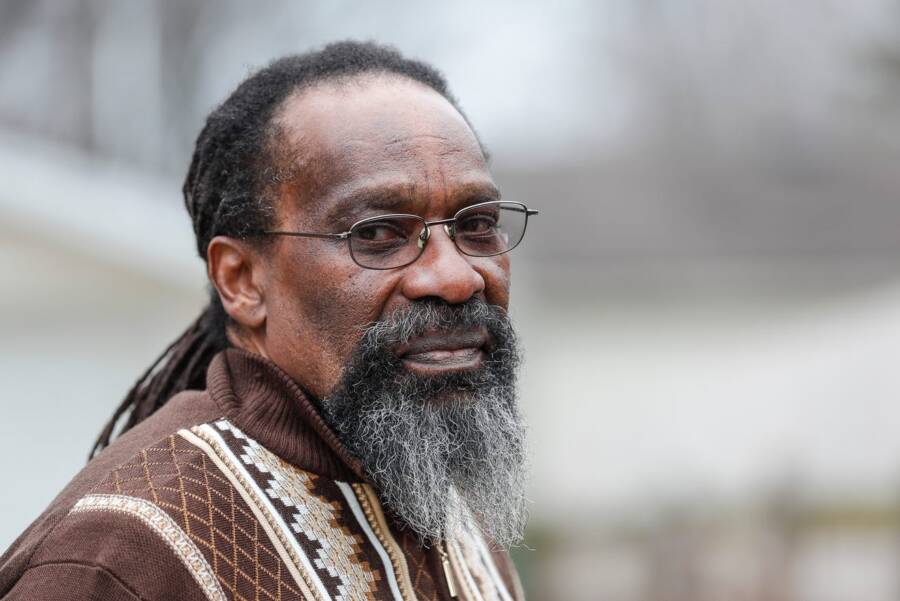 TwitterForbes has had trouble adjusting to modern advances like smartphones.

Kennebrew came clean in 2017, and testified in February 2020 “that she had falsely implicated Mr. Forbes because she had been intimidated into doing so by two local men who knew her from around the neighborhood and who had threatened to harm her and her family if she did not implicate Mr. Forbes.”

While lying under oath is tantamount to perjury, Syed and his client believe fighting for such a charge would be counterproductive. Instead, the defense hopes to fostering an environment where people can come forward with the truth without fear of retribution — no matter how late in the proverbial game.

“Even though it took forever, I’m still grateful she did the right thing, that she did finally tell the truth,” said Forbes.

As for the suspected insurance scheme, the building’s owner David Jones has already been convicted — of a separate arson scheme in 1990. Court documents revealed that a man died in that particular fire, too, and that two men who claimed to have conspired with Jones said they knew he started the 1982 fire, as well.

Unfortunately for those seeking justice, Jones received $50,000 in insurance money for the Maple Street fire and died in 2010 before he could be charged. As it stands, Forbes is entirely focused on forging ahead with his own life — and not letting anger stand in his way.

A News One Now segment on the role race plays in wrongful convictions.

“I don’t hold contempt for the people who lied to convict me,” said Forbes. “The reason is selfish: I wasn’t going to allow them to destroy me. If I didn’t forgive, it wouldn’t be detrimental to them, it would be detrimental to me.”

Though he’s happy to be free, Forbes has had some trouble adjusting to modern life. He feared being released and losing the rigorous schedule making up prison life. Learning how to operate smartphones, for instance, was a hurdle.

As he adjusts to freedom, Forbes has also been reflecting on how the justice system failed him. Forbes recalled being convinced he wasn’t going to be convicted — that the system would work — and being in utter shock when it didn’t.

“Calling it the justice system gives a false impression,” he said. “Just using the term ‘justice’ gives you the sense that it is a just system.”

The sad truth is that Black people account for 13 percent of the United States population but make up half of all exonerations and 54 percent of homicide exonerations since 1989. 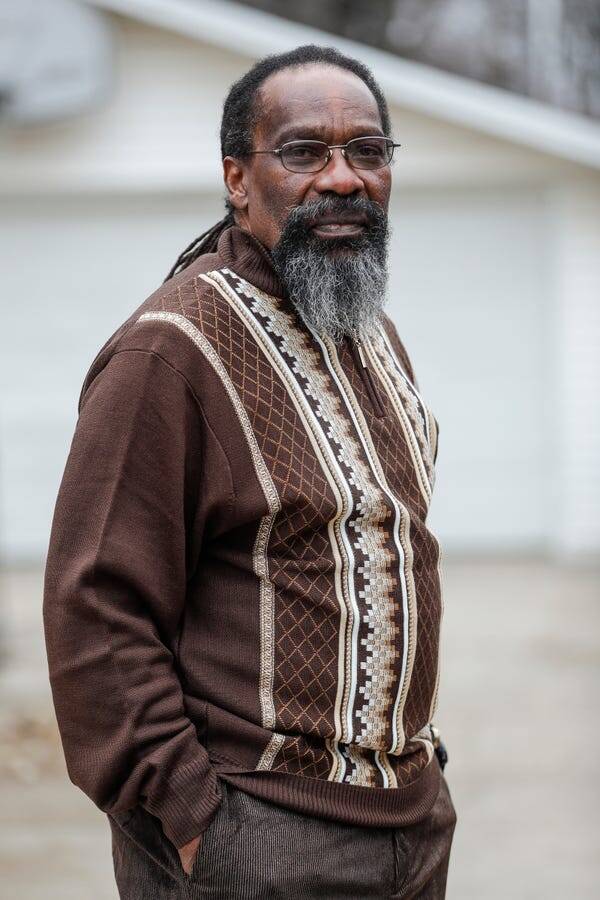 Junfu Han/Detroit Free PressForbes is primarily overjoyed to be with his family again.

While it certainly won’t change the last 37 years of his life, a Michigan law passed in 2016 will certainly impact his future. The legislation allows wrongfully convicted people like Forbes to receive $50,000 for each year they were imprisoned. Fortunately, he and his family will thus soon be nearly $2 million richer.

As it stands, Forbes plans to visit his 94-year-old mother in Mississippi. But he’s in no hurry to rush over, as he fears jeopardizing her health amidst the COVID-19 crisis. He will thus wait, as he has been for 37 years — and relish living in a home with his own immediate family.

“Seeing my family for the first time, it was one of those moments where all you can do is grin.”

After learning about the Michigan man who was exonerated after 37 years, read about the West Memphis Three who were wrongfully imprisoned for 18 years. Then, learn about Craig Coley who received $21 million after being wrongfully convicted for 39 years.