The man was seen hanging from the railing atop a nine-story parking garage moments before he fell and killed Taylor Kahle. 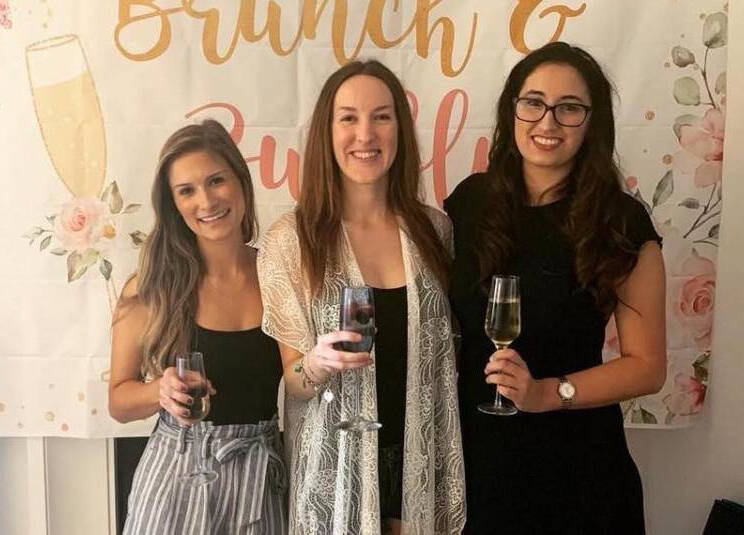 With the pandemic slowing and restrictions easing, Taylor Kahle was having a beautiful Sunday on April 25. The 29-year-old San Diego woman went on a second date with a charming man and visited the zoo. After dinner, they walked along 10th Avenue and J Street — when a falling man who leapt from a building killed her.

The San Diego County Medical Examiner confirmed the man was in his 20s or 30s, according to People. While he hasn’t been identified yet, he had been seen “hanging from the outside railing” at the top of a nine-story parking garage before he committed suicide. Tragically, he took more than his own life in the process.

According to The San Diego Union-Tribune, the man was pronounced dead at a local hospital within the hour. Kahle, a senior event manager at McFarlane Promotions, was pronounced dead at the scene. She began her work as an intern in 2012, and spent the last eight years rising through the ranks. Her boss is reportedly in shambles.

Perhaps most tragic of all is how Kahle is being remembered as a beacon of optimism throughout the entire pandemic. She would share three things she was grateful for in every single Zoom meeting she attended. Vocally thankful for getting older, she enjoyed “looking at the bright side of life,” friends recalled. Then, one week before her 30th birthday, she was dead.

“I just want people to know she is an incredible person,” said her boss, Laurel McFarlane. “This tragedy does not define her.” 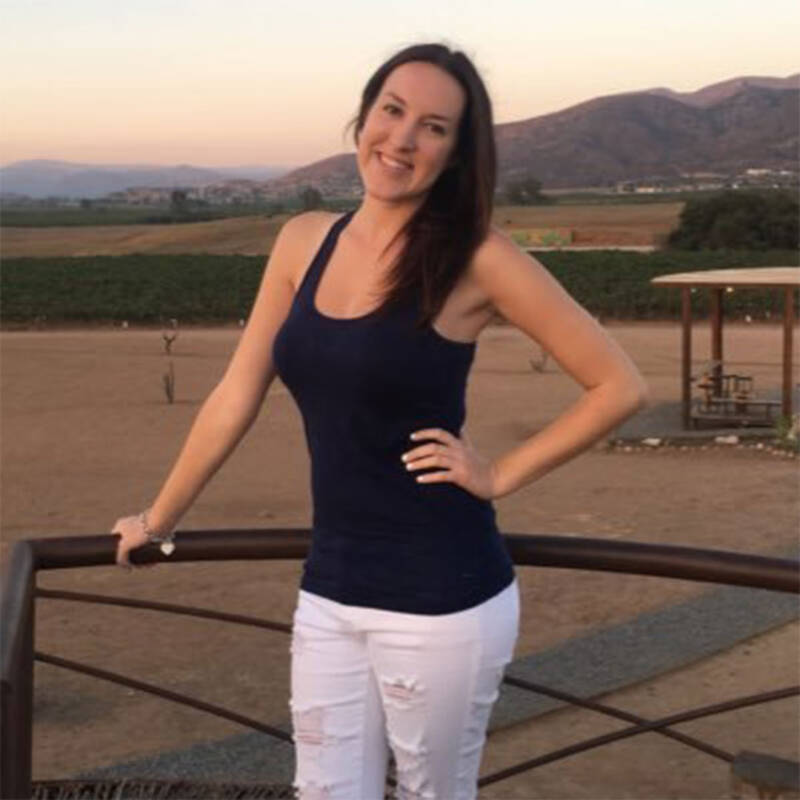 TwitterKahle was reportedly excited about her 30th birthday.

As an appreciative person who found joy in every stage of life, Kahle had big plans for her 30th birthday. A cherished group of close friends was flying into town, with a house rented in Temecula and her father driving them all to a vineyard for a wine tasting. Her father had had even rented a chauffeur’s cap.

All of this was extinguished in an instant on Sunday night. Kahle and her date had just shared a meal and strolled near Petco Park when a suicide victim fatally crushed her body with nine stories of kinetic energy.

“How is it possible that someone falls out of the sky and kills you?” Trimble said. “It just doesn’t make sense.”

Most difficult of all, for those who knew her, was Kahle’s transformation from a shy and humble 22-year-old to the confident woman she had become. As an intern, she was so nervous about speaking with her boss that she often wrote her thoughts down on notes. Ultimately, she became an assistant — then manager.

“I saw something special in her,” said McFarlane. “I just watched her blossom into an amazing, strong woman.” 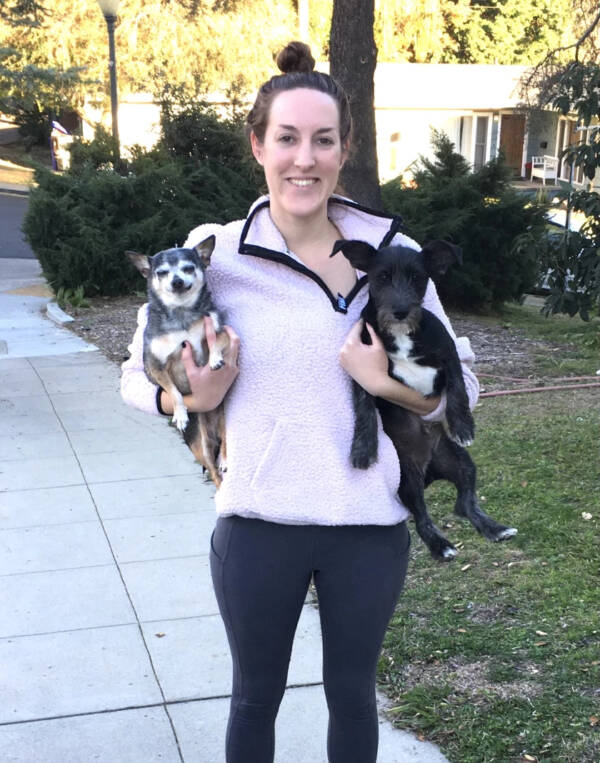 Kahle had been a high-school cheerleader and graduated from the Helix Charter School before attending San Diego State University. She opted for communications, hospital, and tourism management as her major — which would take her far upon landing a successful interview at McFarlane.

“Whether it was a project or an initiative or a marketing campaign, she just did things with a smile and really made you feel so comfortable and so confident that whatever needed to get done would get done,” said Trimble. “I always knew if Taylor was assigned to that project, the project would be successful.”

Kahle also put tremendous effort into her personal relationships and general connection to humanity. She not only chose to spend the last year of this pandemic with her father, but rescued two dogs she named Roo and Stella. She cleaned up after her colleagues without it being a requirement of her job. She was an organ donor, helping others even in death.

“Everyone aspires to have a relationship like he had with his daughter,” said McFarlane. “He wanted people to know she was an incredible daughter and she loved her dad with passion. She took care of him and he took care of her. She always referred to me as her second mom because her mom passed away.”

“I have one daughter and if my daughter ends up like her, I’ll be very proud.” 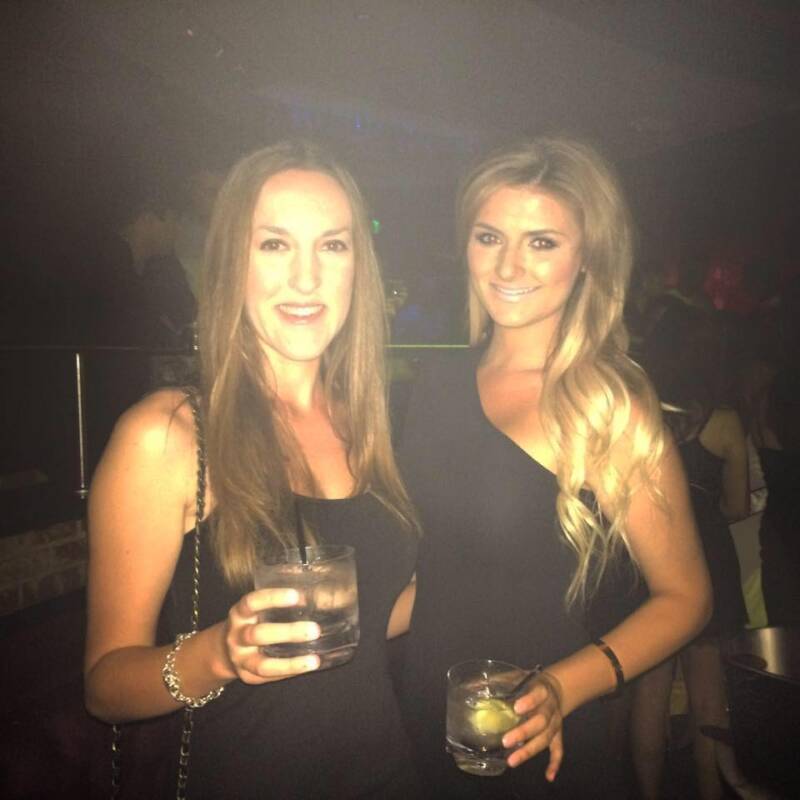 FacebookKahle (left) in her mid-20s.

In a cruel twist of fate, one man who felt the complete opposite way about life eroded any chance of Kahle appreciating hers. It was around 7:30 p.m. that she and her date left the restaurant, according to New York Post, on an evening stroll.

“She had just met someone that she kind of like — it was new, just starting out — and she was just excited that there was someone she was having a connection with,” said McFarlane.

If there’s any solace to the horrid, wholly unnecessary manner of death, it’s that Kahle purportedly died within moments of being hit. Naturally, that notion is of no use to the roster of friends, coworkers, and family members who mourn her. For her heartbroken father, Kahle’s death means the end of his immediate family.

“She lived life with zest and always pushed herself beyond her comfort zone to lead the best life she could,” said McFarlane. “Not only did she gain incredible strength over the past eight years — she surpassed her mentor. I would sit in awe of her incredible bravery and fearless choices.”

“She was only in her 20s, but I was so excited to see what she could accomplish over the next decade of her life.”

After reading about the San Diego woman who died after a suicidal man fell on her, learn about the cemetery worker who was buried alive. Then, read about the staggering number of U.S. veterans who commit suicide.