Paris In The 1940s: A Decade Of Devastation And Rebirth 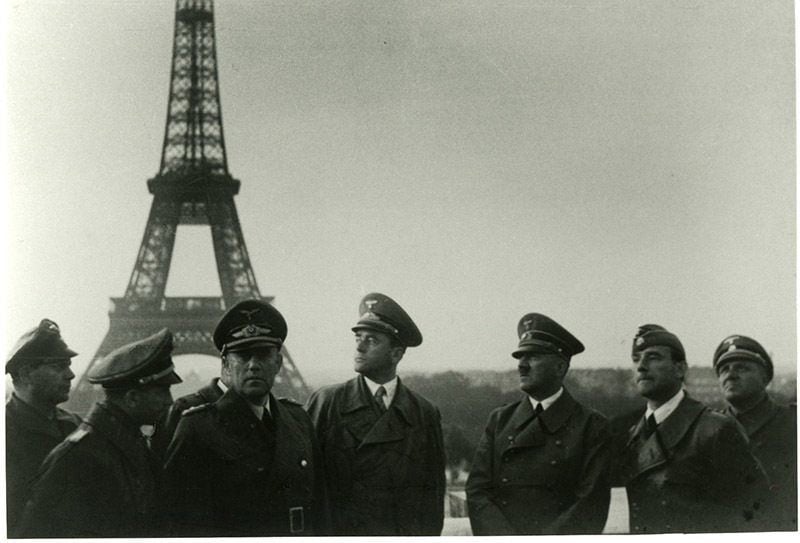 As World War II raged throughout Europe, the “City of Light” transformed into a city of darkness. While the Germans declined to physically destroy the city upon its 1940 occupation, their presence greatly tested the Parisian psyche. Over two million Parisians fled as the Germans arrived, but those who remained in the capital faced interrogations, curfews, rations, shortages and arrests. The German occupation of France (1940-1944) remains a humiliating time in the history of Paris and, more broadly, France.

Paris did not have to rebuild the Eiffel Tower at the war’s end, but it did need to reconstruct its collective consciousness and shirk the shame of the German occupation and the nation’s history of collaborating with Germany more than it did resist it. The second half of the 1940s was marked by a desire to rebuild what had once been taken by World War II, both structurally and politically. Paris’ liberation allowed Charles de Gaulle to establish the Free French government, which united a previously divided assemblage of actors–namely Gaullists, nationalists, communists and anarchists.

These images of vintage Paris capture the city’s metamorphosis throughout the decade. To see what the rest of Europe (and the world!) was up to, check out some of the most iconic photos of the 1940s. 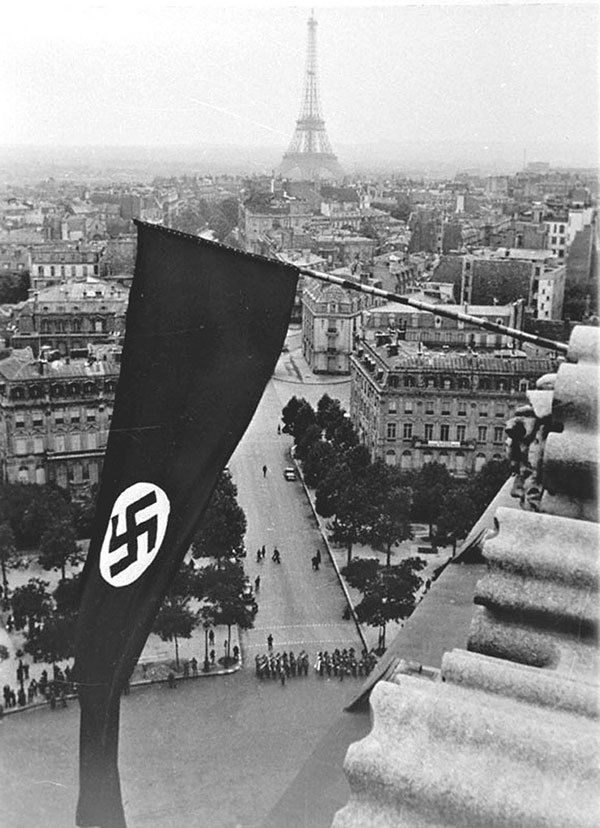 A Nazi flag hangs in Paris during the German invasion of the city. Source: Stalin! 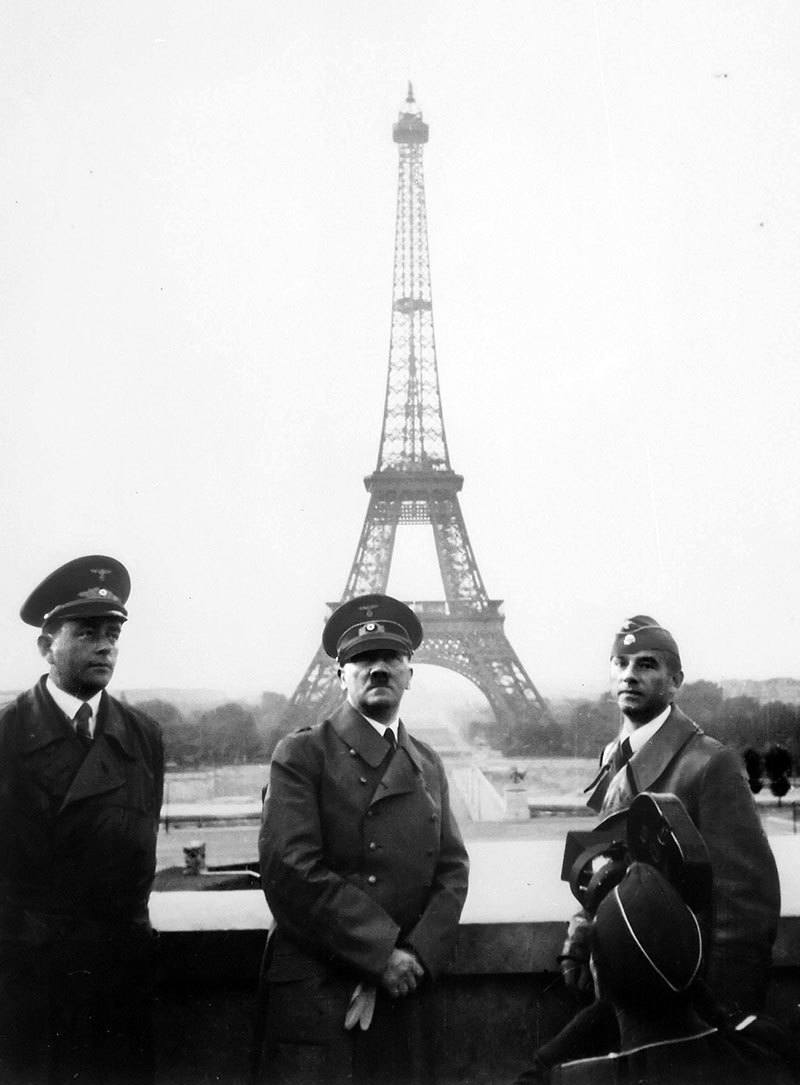 A close-up look at Adolph Hitler as he poses in front of the Eiffel Tower. Source: Wikipedia 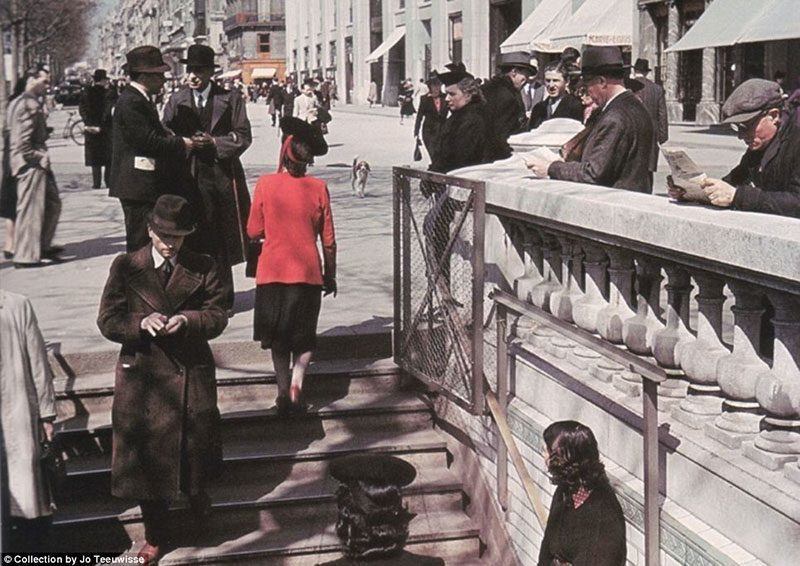 A woman walks from the Paris Métro station in the early 1940s. Images like these were used as German propaganda, (falsely) portraying Paris as a vibrant, lively city. Source: Flickr 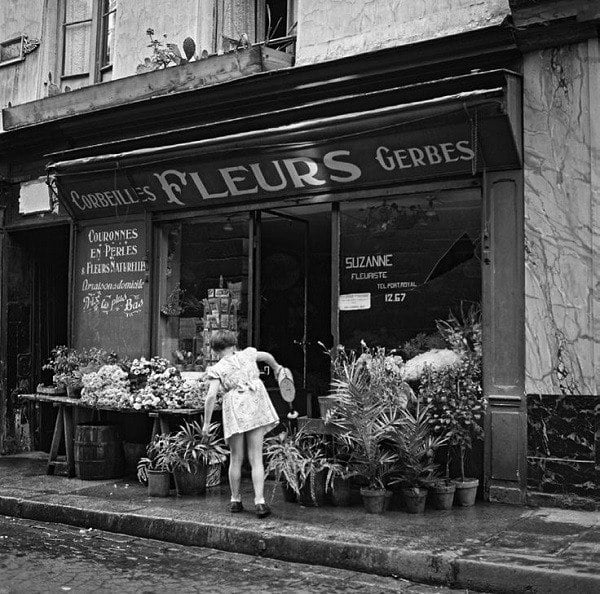 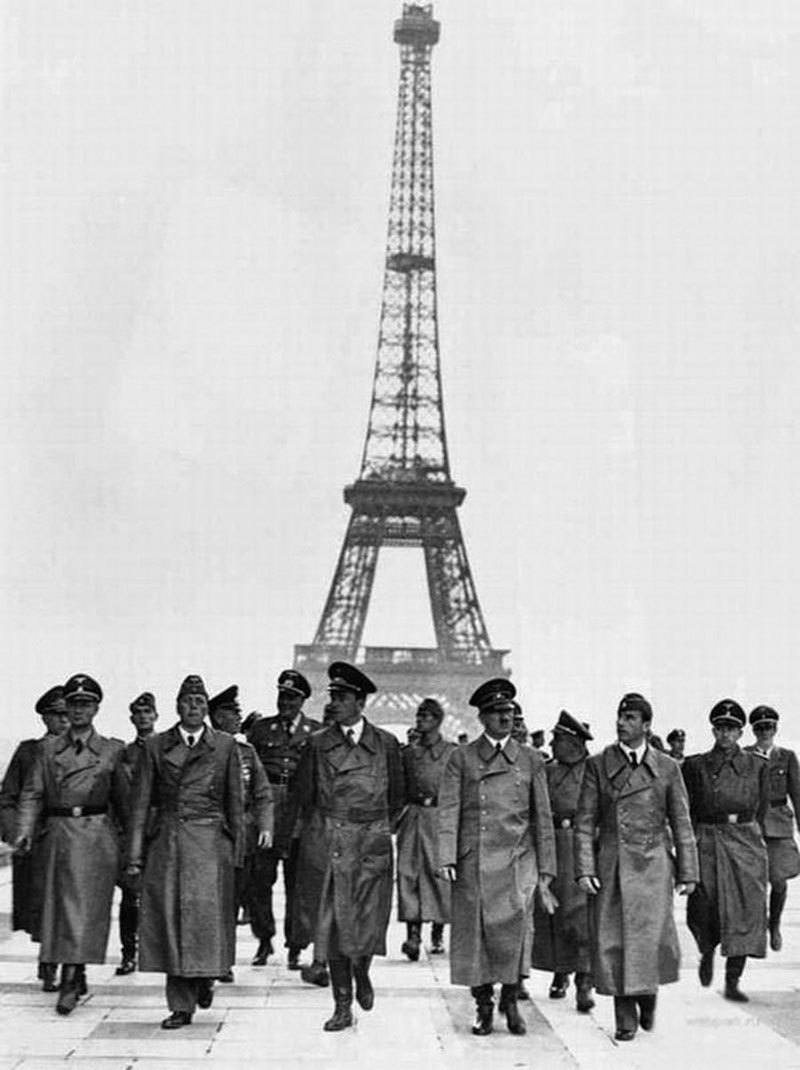 Adolph Hitler and his soldiers pose in front of the Eiffel Tower in 1940. Source: Rare Historical Photos 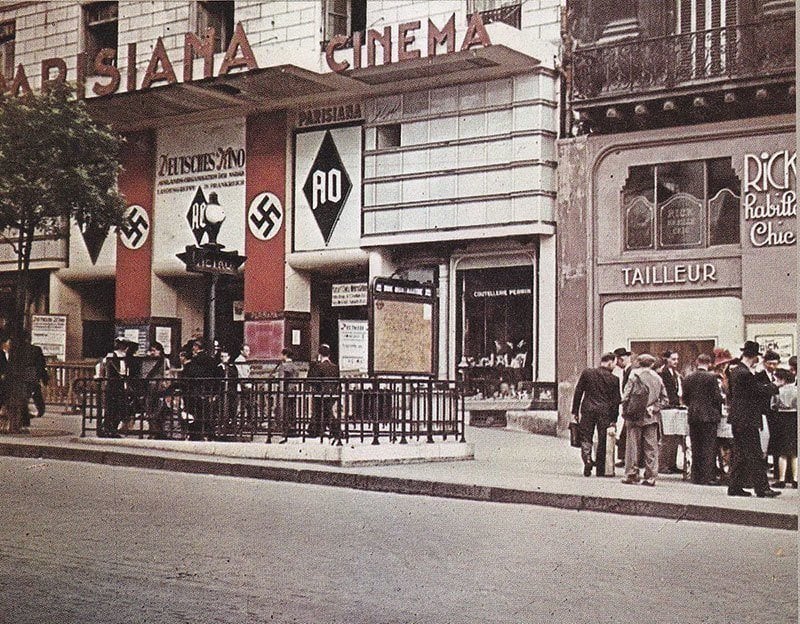 A Parisian theatre is overtaken with Nazi paraphernalia during the German occupation of France. Source: Pinterest 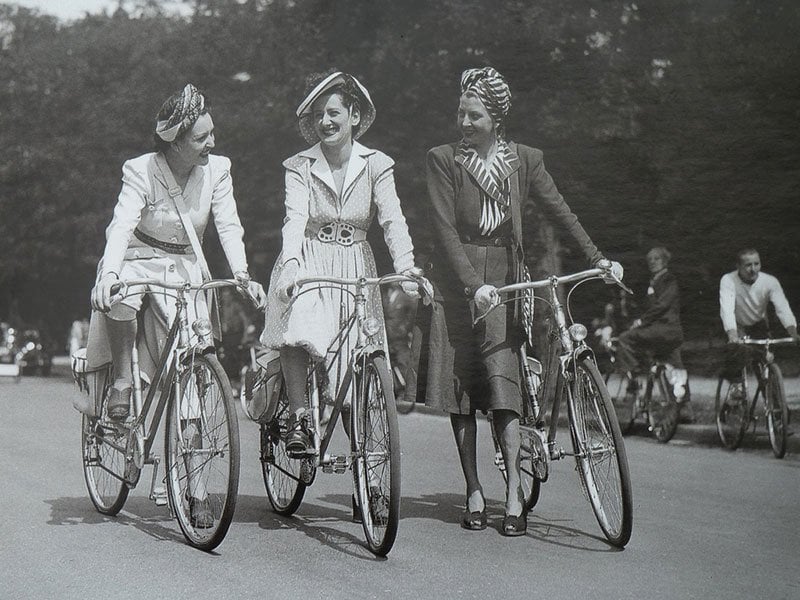 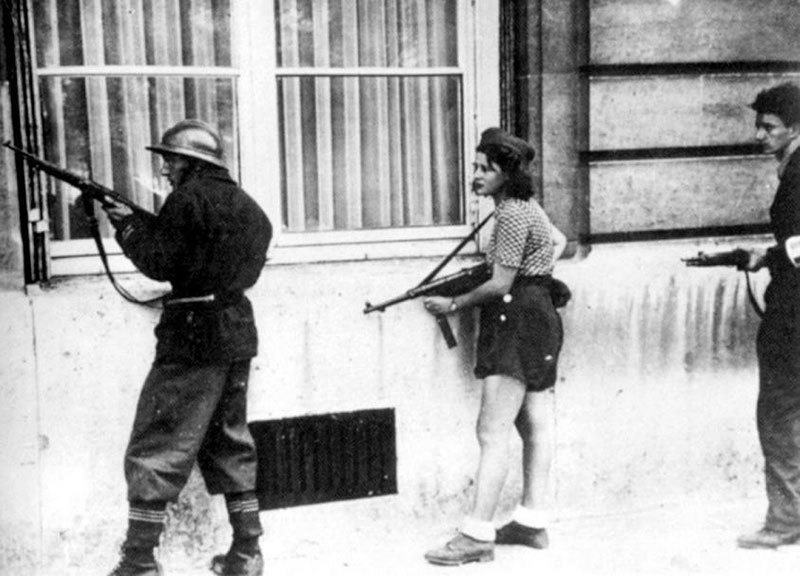 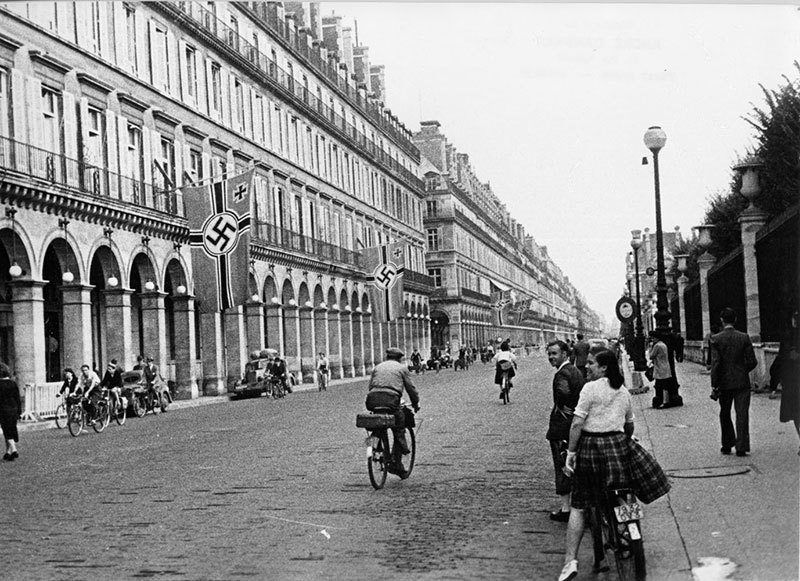 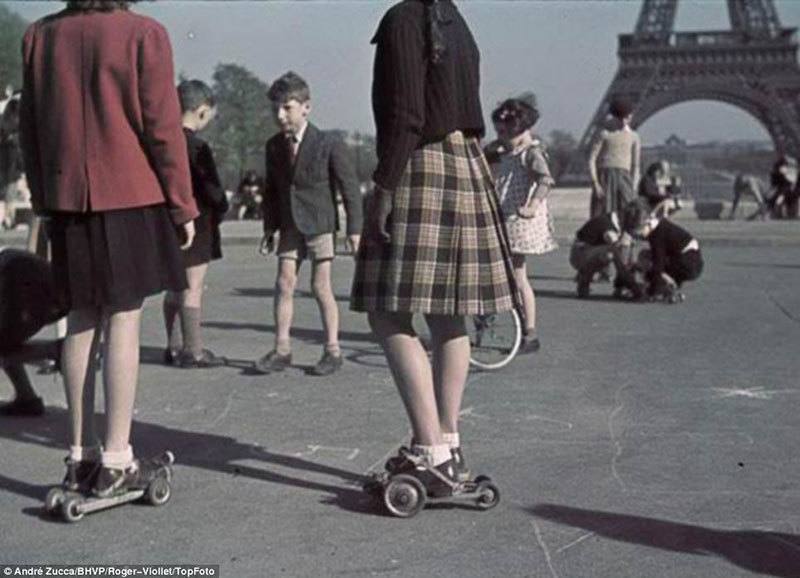 An image shot by Andre Zucca depicts children playing at the foot of the Eiffel Tower during the German occupation of the city. The Nazis tasked Zucca with portraying the occupation in a positive light. Source: Daily Mail 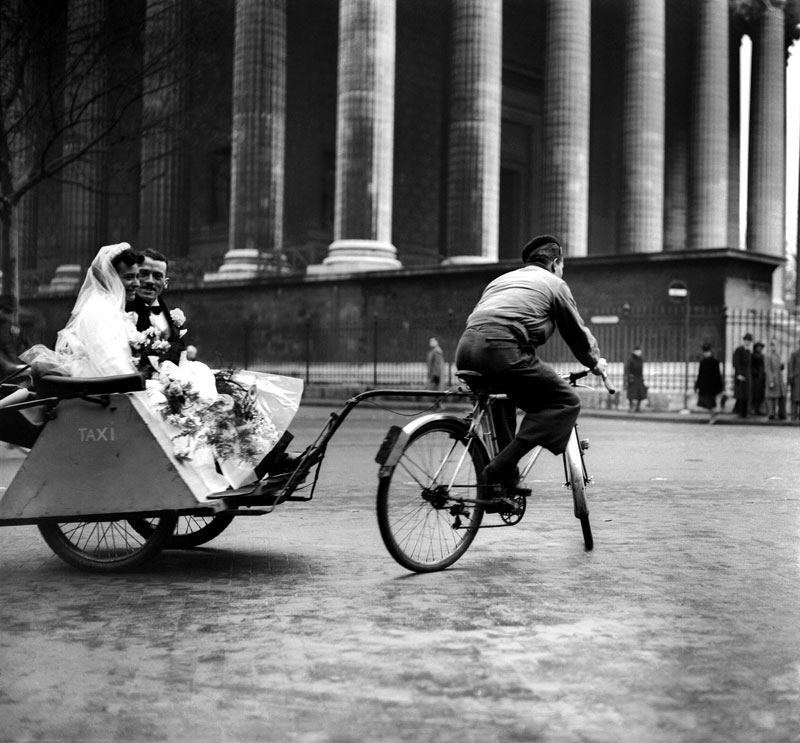 A couple is married in Paris in 1943. Source: The Museums of Florence 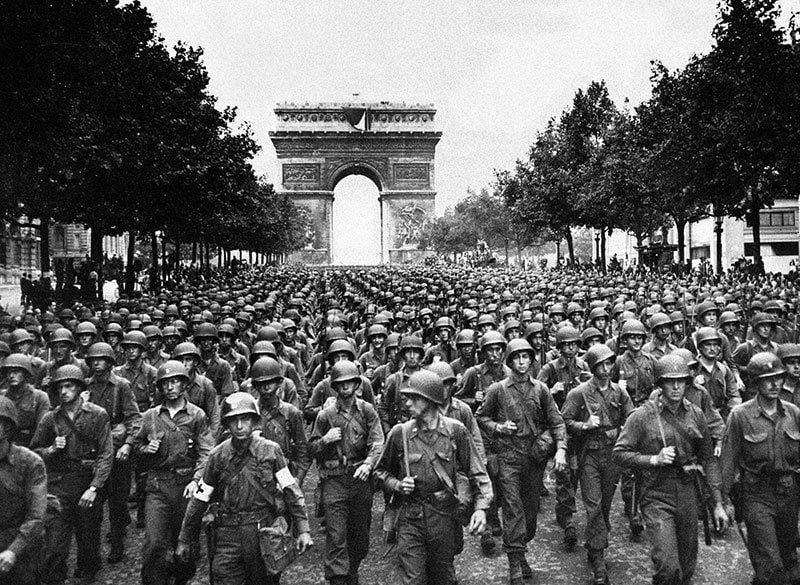 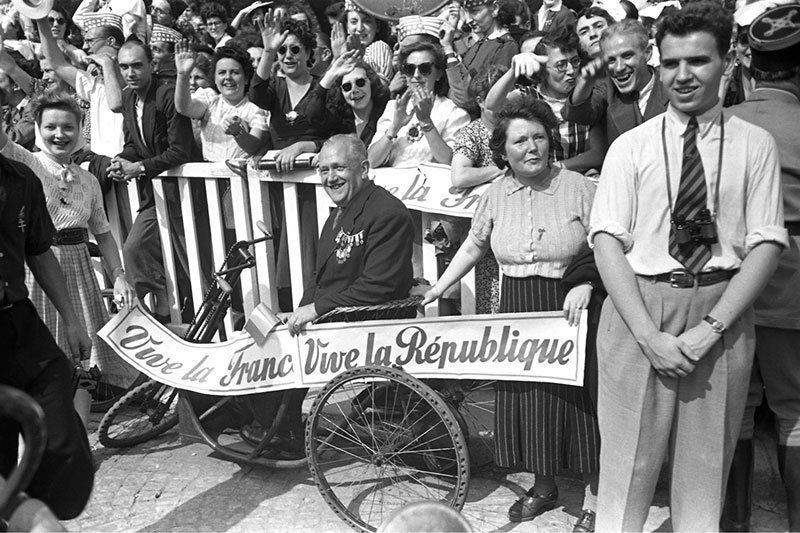 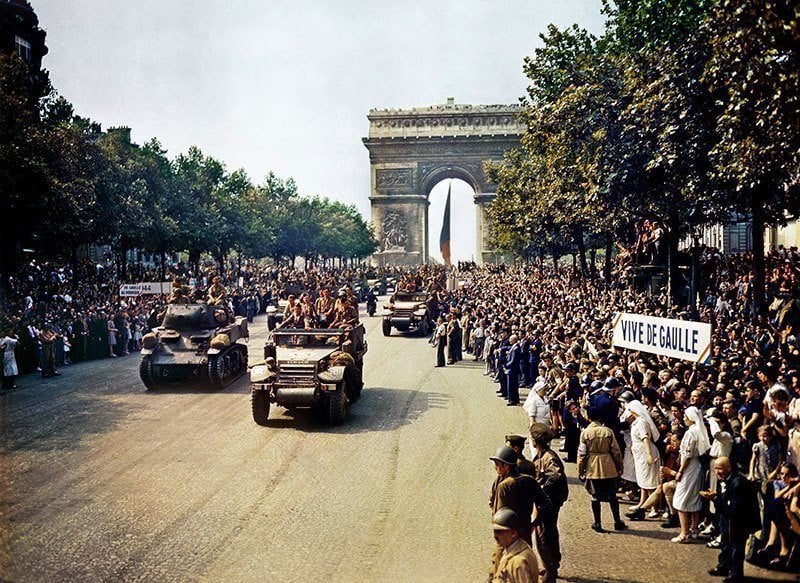 Parisians celebrate the liberation of Paris in 1944. Source: Wikipedia 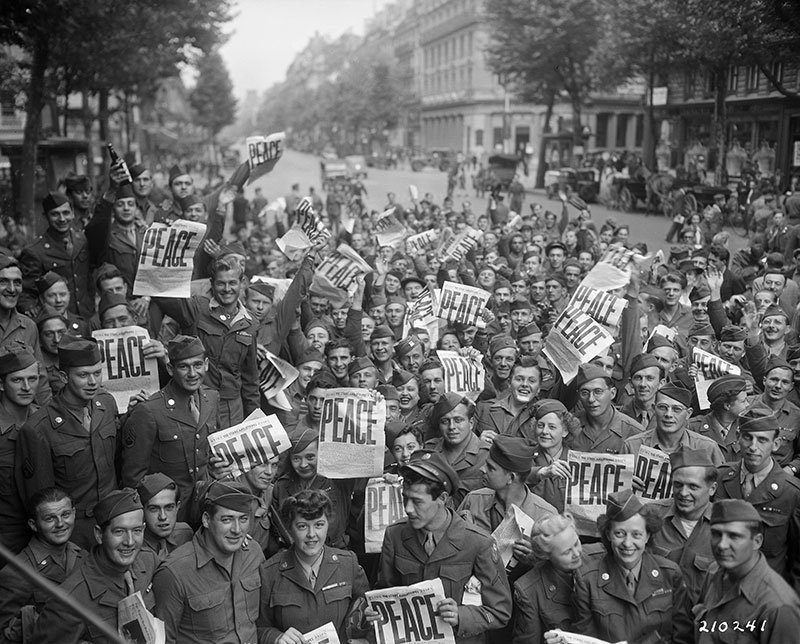 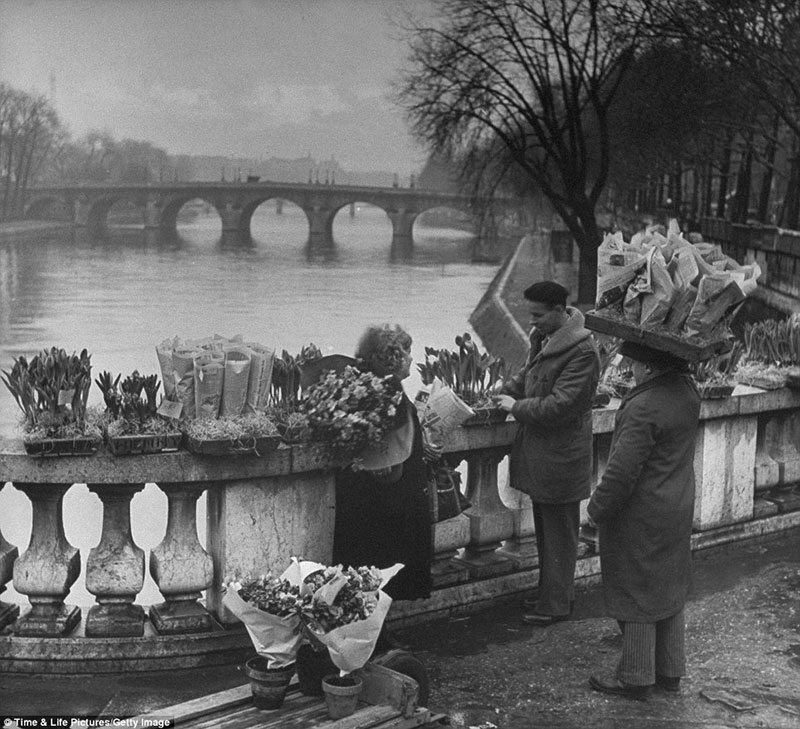 A glimpse of Paris in 1946, as the city recovers from World War II. Source: Daily Mail 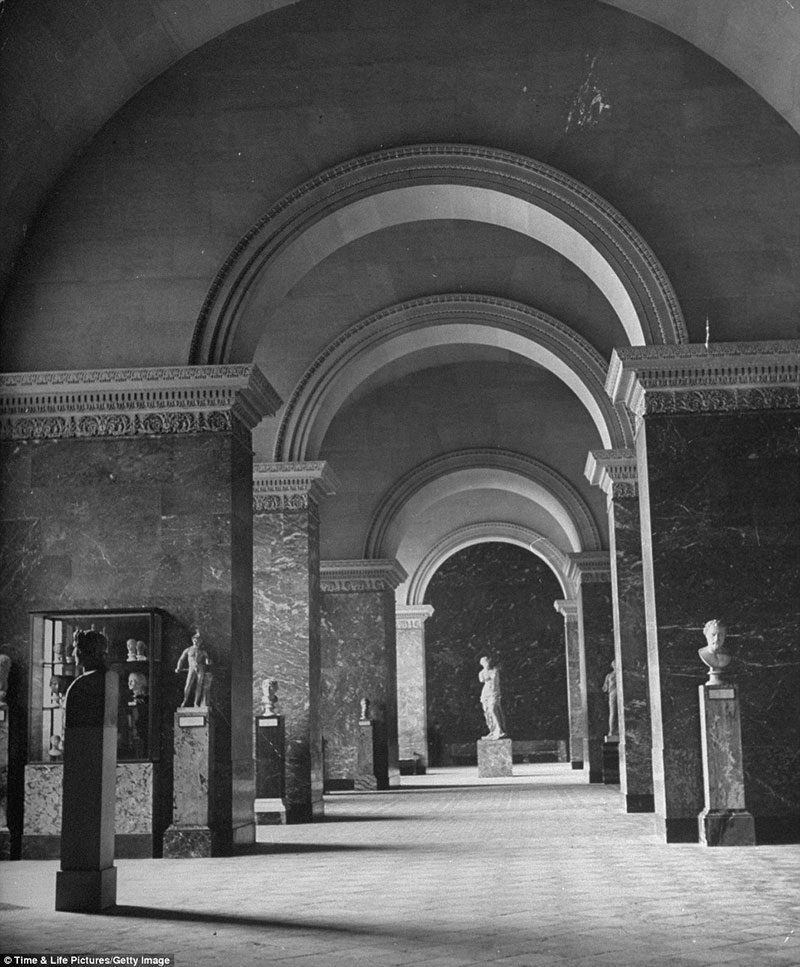 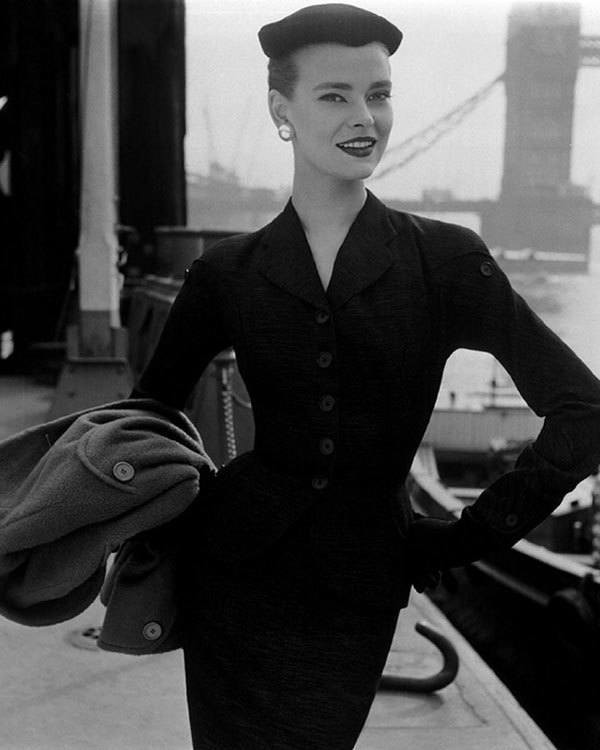 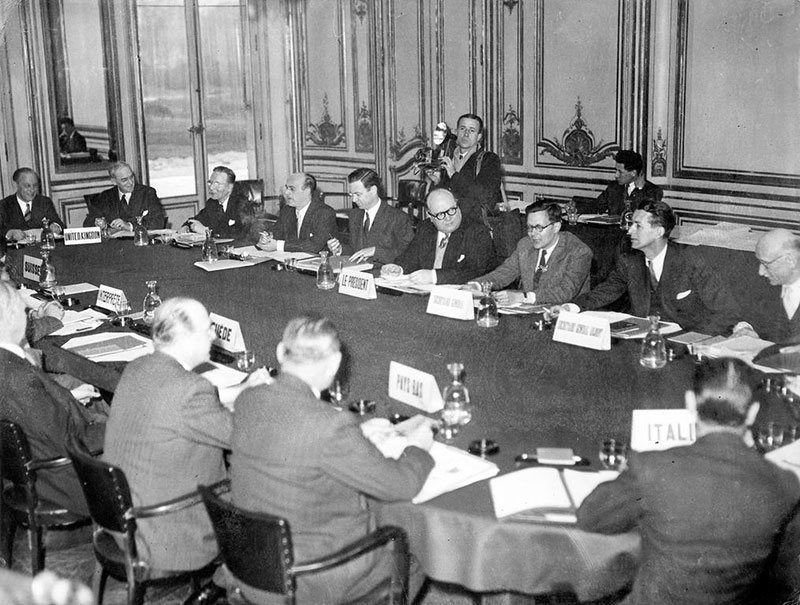 The conference on European Economic Cooperation was held in Paris in 1947. Source: CVCE 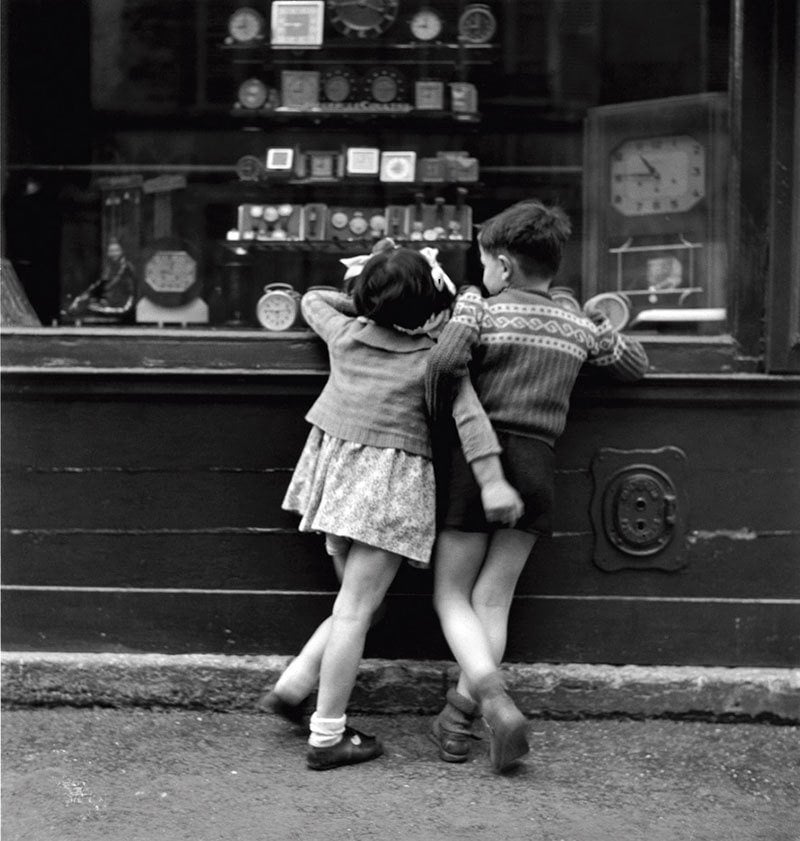 An image shot by photographer Edouard Boubat captures two children outside a Paris storefront in 1948. Source: Pigtails in Paint 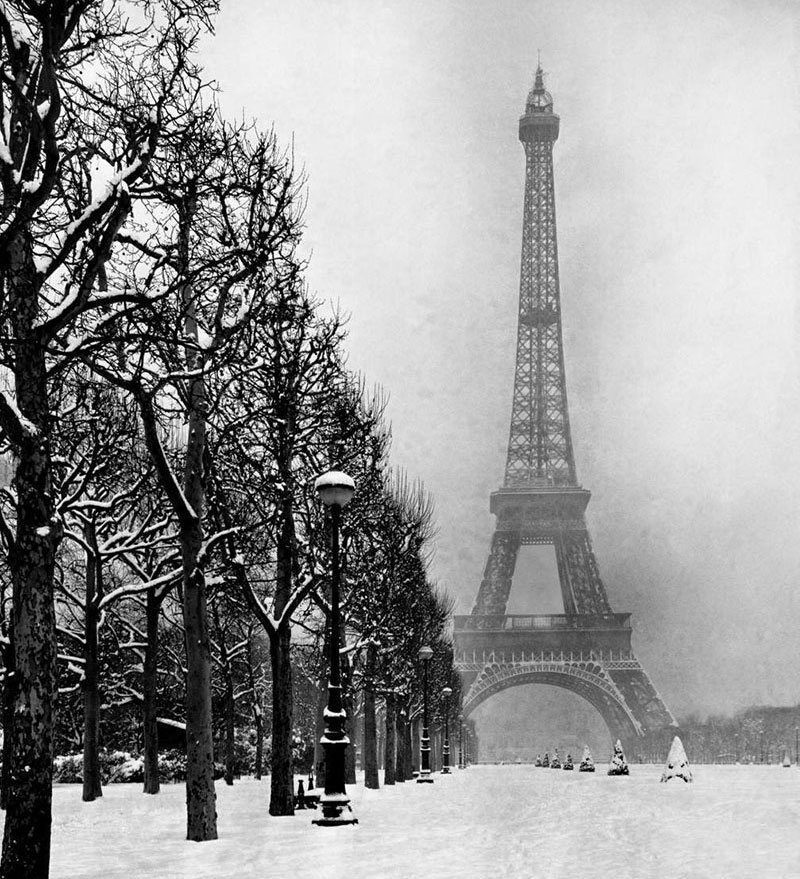 A picturesque snow day in Paris in 1948. Source: Vintage Everyday 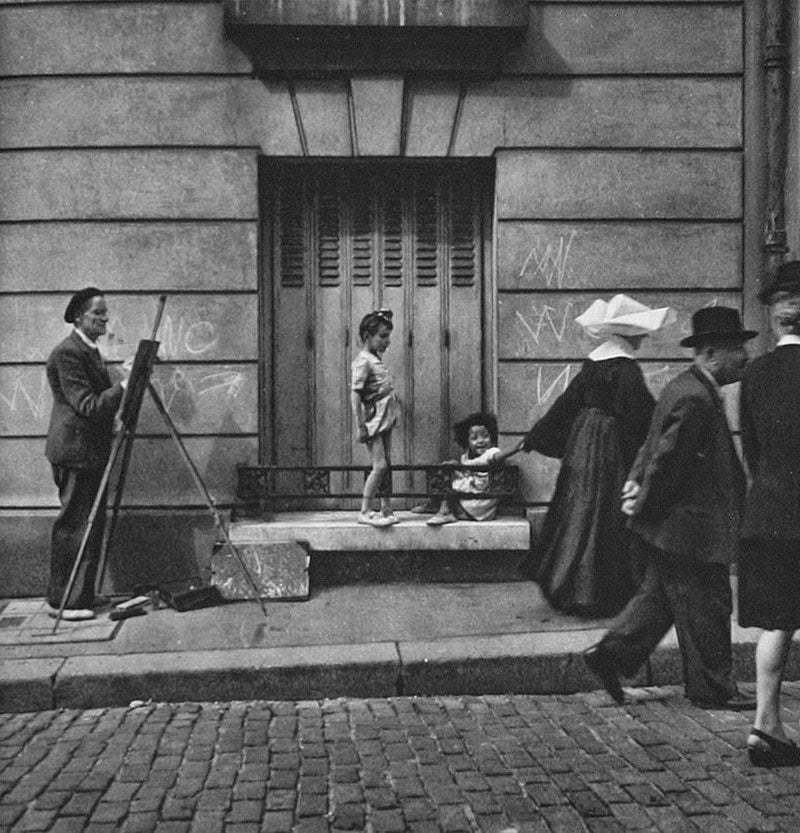 A Parisian painter in 1949. Source: Antique and Classic Photographic Images