At first glance, the statue looked like a moss-covered river rock. On closer inspection, experts say it likely hung on the wall of an unidentified building in the 14th century. 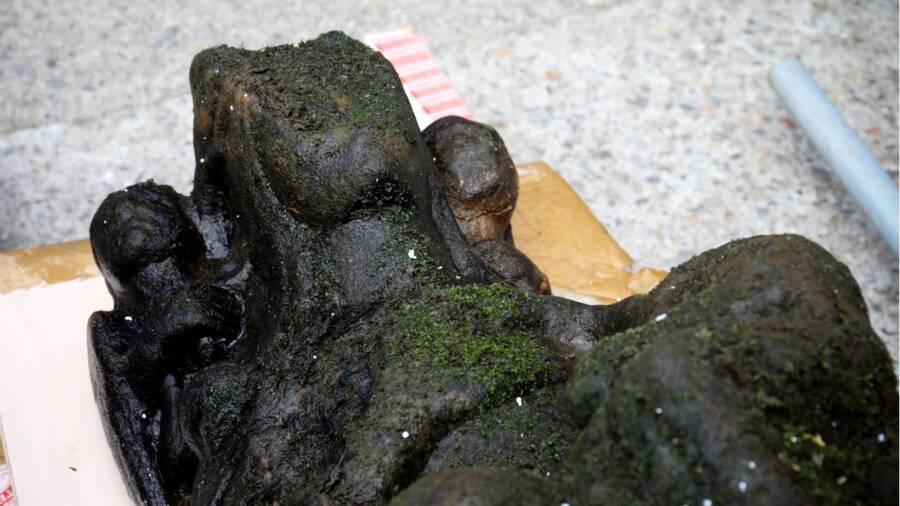 Paco Rodríguez/Voz de Galicia A fisherman came across a 700-year-old religious sculpture of the Virgin Mary and child in the Sar River of Galicia.

In early June, a Spanish fisherman out in search of his daily catch stumbled upon a mossy heap that looked like an ordinary river rock at first.

But a closer look revealed some oddities.

“I noticed the stone was square – which is odd in a river – and then I looked at its lines, at the cape and at the shape of the head,” Fernando Brey told a local newspaper. “And I said to myself: ‘There’s something here.'”

According to the Guardian, what was lying there in the river by Brey’s feet was a statue of the Virgin Mary and baby Jesus from the 14th century. The statue had mysteriously washed up on the banks of the Sar River in the Galician territory of northwestern Spain.

Officials at the local Museum of Pilgrimage and Santiago in Santiago de Compostela, not far from where the statue was found, were the first to confirm the odd-looking rock was in fact a 700-year-old religious sculpture of the Virgin Mary and child.

The faded features on the piece were difficult to make out. But investigators revealed that the base of the statue was decorated with a four-petal flower and acanthus leaves.

“On both sides of the Virgin, by each of her shoulders, are two angels or putti,” read a statement about the statue’s recovery put out by the regional government of Galicia. “They’re fairly worn away, but you can still make out each of their faces and a hand holding up an object or the Virgin’s own cape.”

Investigators noted the sculpture’s design was made in the Galician gothic style distinct to the area. The carved piece was likely once part of the wall design of an unknown structure. Moreover, they believed that the statue may have survived an attempted defacement.

“The face of the Virgin is gone, as is the head of the child,” the government’s statement read. “This is probably due to an old impact inflicted in an attempt to desanctify the piece.”

According to the Galician culture department, the stunning archaeological discovery, which happened on the outskirts of Santiago de Compostela, will be examined in the laboratory so authorities can gain better insight into the story behind the Virgin statue. 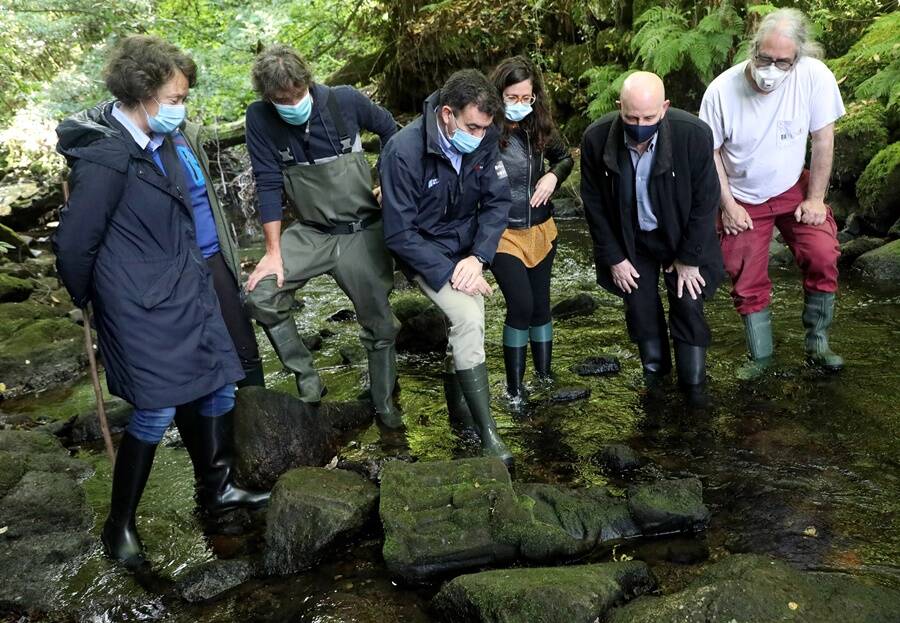 Román Rodríguez/TwitterThe area is part of the famous Camino de Santiago, a Christian pilgrimage route dating back to Medieval times.

“Studies should tell us whether this is a very valuable gothic statue,” said Román Rodríguez, the minister for culture and tourism in the regional government, who shared photos of the statue online. “But beyond its cultural and historic value, we’ll also need to try to put together the story of this statue: what happened, and how could it remain undiscovered so close to the city for so many centuries? It must be quite a story.”

Indeed, the religious statue’s discovery and its suspected desecration were especially striking since the carving seems to have been discarded sometime during the 14th century when Galician culture was prospering through the region.

The autonomous territory of Galicia is also part of the famous Camino de Santiago, a Medieval Christian pilgrimage route otherwise known in English as the Way of St. James, where tourists and visitors flock even today.

The religious carving’s deposition could be a sign of social unrest at the time, similar to the reckoning that has fueled the removal of unsavory figures around the U.S. But the mystery behind the Virgin Mary’s tragic end will remain unknown until researchers are able to dig up more information about the origins of this mysterious statue.

Next, learn how scientists found that so many Egyptian statues have broken noses because of intentional defacement and take a look at what ancient sculptures really looked like in full color.