Meet Virginia Vallejo, The Journalist Who Had An Affair With Pablo Escobar — And Made Him A Celebrity

In 1983, Virginia Vallejo featured Pablo Escobar on her TV show and painted him as a man of the people. And for the next five years, she briefly enjoyed the spoils of life in the cartel. 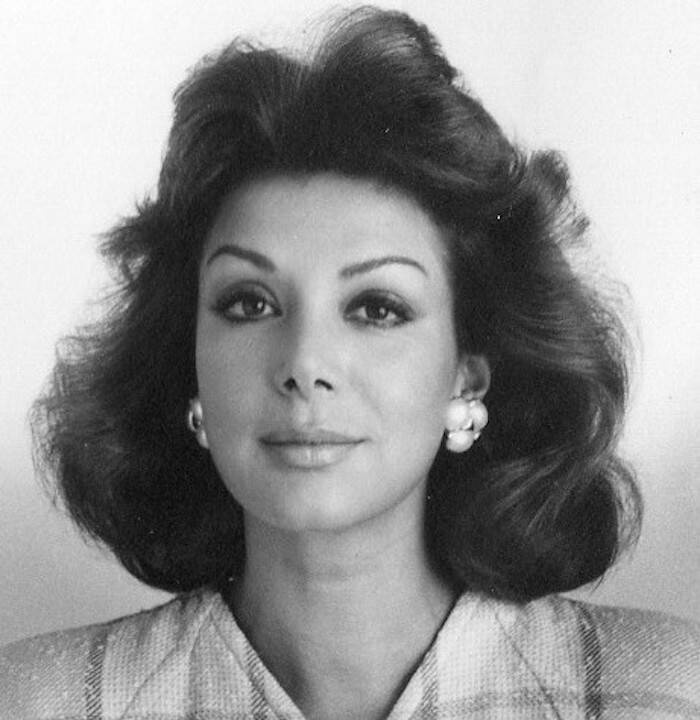 Wikimedia CommonsVirginia Vallejo as photographed in 1987, the year her affair with Pablo Escobar ended.

In 1982, Virginia Vallejo was a national sensation in her home country of Colombia. The 33-year old socialite, journalist, and TV personality had just scored her own TV show after starring in a series of ads for Medias Di Lido pantyhose — which captivated the nation and brought her to the attention of none other than Pablo Escobar.

Throughout their whirlwind romance that ensued, Vallejo became one of the kingpin’s most precious confidantes. She was the first journalist to get him in front of a camera and enjoyed the spoils of life in the world’s most powerful cartel.

That is, until their affair came to a dramatic end — and so did her celebrity.

Born to a prestigious family with an entrepreneurial father on Aug. 26, 1949, Virginia Vallejo enjoyed a comfortable life in an otherwise tumultuous Colombia. Members of her family included a finance minister, a general, and several European nobles who could trace their heritage back to Charlemagne.

After a short stint as an English teacher in the late 1960s, she was offered work on a television program, a position that became her gateway to a career onscreen.

Vallejo ultimately made her television debut somewhat reluctantly back in 1972 as a host and presenter for several programs. She later claimed that it was uncommon for women of her socioeconomic status to work in the entertainment industry and that her family largely disapproved.

Vallejo pushed ahead in the career anyway, and in January 1978, she became the anchorwoman of a 24-hour news program. She was soon known across South America. 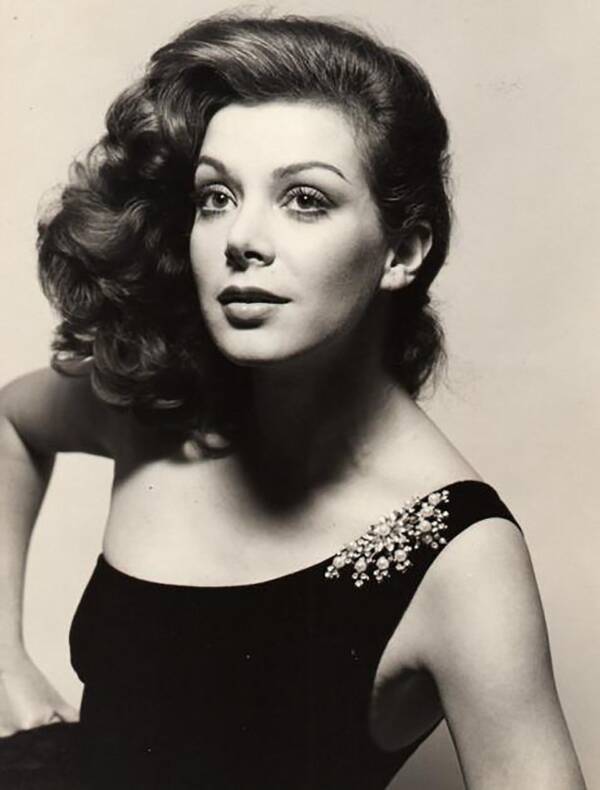 FacebookVallejo claimed that it was unusual for a woman of her birthright to work in the entertainment industry back in the ’70s.

In 1982, she drew the attention of none other than Pablo Escobar after he saw her famous pantyhose commercial. But Escobar was not just smitten by a pretty pair of legs; he had also realized that Vallejo’s influence could be of tremendous use to him.

And so, despite having a wife, Escobar reportedly declared to his associates “I want her” and ordered them to arrange a meeting with her.

An invitation was extended to Vallejo to visit his Nápoles villa in 1982 — and she accepted.

Her Affair With The Notorious Kingpin 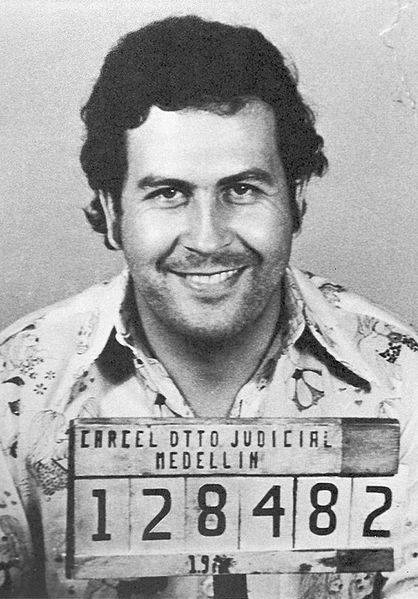 Wikimedia CommonsPablo Escobar started as the leader of a small cartel, soon no cocaine would leave Colombia without his knowledge.

By her own account, Virginia Vallejo was immediately charmed by the crime lord. Despite his bloody lifestyle and fierce reputation, Escobar was known for his affability and sense of humor, and Vallejo would later write about this duality in her book Loving Pablo, Hating Escobar — which was later turned into a film starring Javier Bardem and Penelope Cruz.

For his part, Escobar seemed equally enthralled with Vallejo, although there has always been a debate about the extent of his true feelings for her. Many people believed he was simply using Vallejo to promote his public image, which she certainly helped him do.

When the two first met, Escobar was only a minor public figure, but over the course of their five-year relationship he transformed into “the most notorious terrorist in the world.”

Vallejo’s reputation as a prestigious journalist was crucial in helping Escobar establish his role as a “man of the people,” which, indeed, is still how he is remembered by many of the poor in Medellín today. Vallejo herself stated that the reason she fell in love with him was “he was the only rich man in Colombia who was generous with the people, in this country where the rich have never given a sandwich to the poor.”

In 1983, a year after the pair had first met, Virginia Vallejo interviewed Escobar on her new program. The interview showed the cartel leader in a favorable light as he talked about his charity work Medellín Sin Tugurios, or Medellín Without Slums.

This television appearance not only brought him to national attention but helped to establish his philanthropic image with the public. When major newspapers hailed him as “the Robin Hood of Medellín,” he celebrated with a champagne toast.

Throughout their five-year relationship, Vallejo experienced the high life. She had access to Escobar’s jet, she met the kingpin in swanky hotels, and he financed her shopping trips. He even opened up to her about how he and other drug traffickers had Colombian politicians in their pocket.

Ending Her Career In Colombia And Fleeing To America 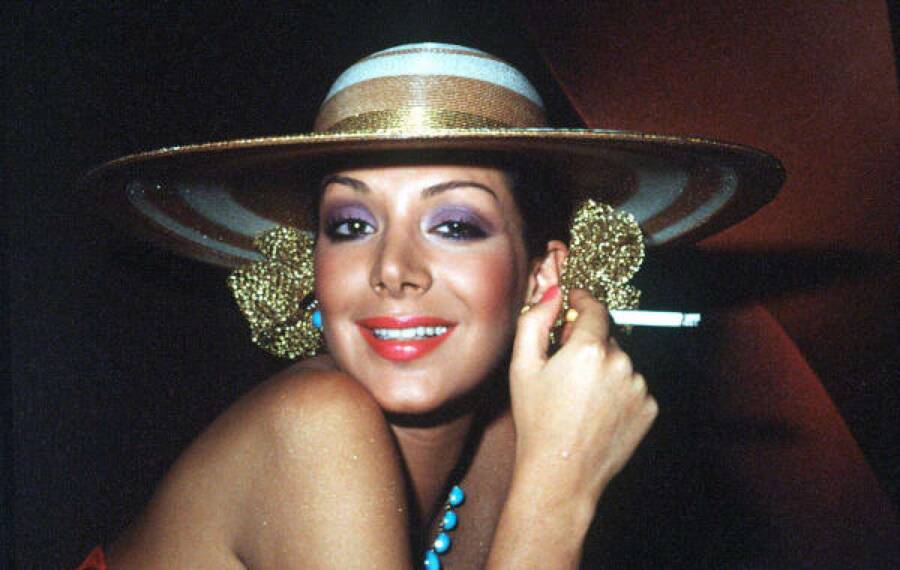 DailyMailVallejo ended her career in Colombian media in 1994 and in 2006 moved to the United States.

Vallejo’s relationship with Escobar ended in 1987. According to Pablo Escobar’s son, the affair ended badly after Escobar learned he was not her only lover.

Escobar Jr. recalled that the last time he saw Vallejo was outside the gate of one of his father’s estates, where she remained sobbing for hours because the guards refused to let her in on their boss’ orders.

Virginia Vallejo, unfortunately, found that as the power and popularity of her former lover waned, so did her own. She wound up being shunned by her former elite friends and blacklisted from high social circles. She disappeared into relative anonymity until she suddenly resurfaced in the United States in July of 1996.

Escobar had always enjoyed a mutually beneficial relationship with the elites of Colombia: politicians would turn a blind eye to his crimes and accept his money. Vallejo, having been a member of the cartel’s inner circle, was privy to most of these secrets, and years later decided to expose the elites who had lauded then shunned her.

In a tell-all interview on Colombian television, Virginia Vallejo “held up an unflattering mirror to Colombian society” and named “the legitimate businesses that launder drug earnings, the elite social clubs that open their doors to drug lords, and the politicians who exchange favors for briefcases filled with cash.”

She accused several high ranking politicians of benefiting from the cartels, including ex-presidents Alfonso López, Ernesto Samper, and Álvaro Uribe. She described all of their sordid relations with Escobar, including the request from a former justice minister to have a presidential candidate killed.

Virginia Vallejo had exposed the hypocrisy of Colombia’s elite (which had been demonstrated by her own social exile), but in doing so endangered her own life. The U.S. Drug Enforcement Administration secreted her to the United States, which offered her political asylum.

On the day she left in 2006, 14 million people watched on television as she boarded the plane that would take her out of her home country. That audience was larger than that of the Football World Cup final of the same year.

To this day she remains in the United States, fearful of the repercussions of returning to her homeland.