According to the UK Independence Party, the burka is bad for many reasons — especially for women's bones. 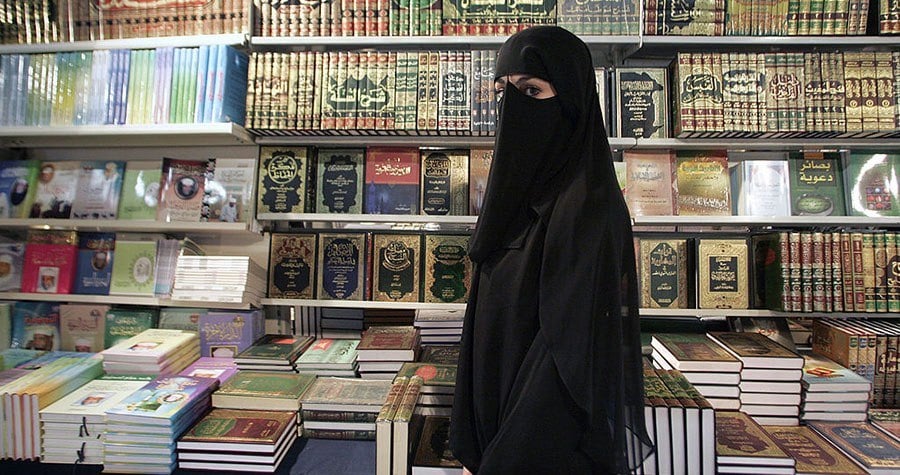 The burqa has seen its fair share of critics over the years, along with recent, successful attempts to ban it outright.

Some, in justifying their proposals, cite security concerns or their view that the full-body covering is at odds with liberal democratic values.

But this week, the UK Independence Party (UKIP) has come up with one of the oddest rationales for banning the burqa yet: Muslim women need their vitamin D.

Indeed, in its election manifesto which the political party released on Thursday, UKIP cited the value of sunlight in legitimating its anti-burqa stance.

“Clothing that hides identity, puts up barriers to communication, limits employment opportunities, hides evidence of domestic abuse, and prevents intake of essential vitamin D from sunlight is not liberating,” the party wrote.

While it is true that individuals who do not spend much time in the sun or who wear clothing that covers up much of their skin may not develop a sufficient amount of vitamin D — which helps the body absorb calcium and thus develop and maintain strong bones — modern medicine may have come up with a solution that doesn’t require a clothing ban: vitamin D supplements.

Ostensible concern for women’s health aside, that UKIP should call for such a ban is hardly surprising. Even before the Manchester attack — which party leadership used to criticize Prime Minister Theresa May and to call for renewed immigration restrictions — the party had made waves for its anti-immigration, and more broadly anti-Islam stance.

When discussing how Muslim immigrants have integrated into the UK school system, in April 2017 spokeswoman Margot Parker said that “rather than integrate and taking on the superior values of Britain, these Islamic communities … are becoming more and more segregated. She added that “the main victims of this phenomenon are British Muslim women and girls.”

Just under a year earlier, the far-right party came under fire for an anti-immigration poster it released days before the Brexit vote. The poster features a long line of immigrants next to the red, all-caps phrase “Breaking Point: The EU has failed us all,” along with “We must break free of the EU and take back control of our borders.”

Critics of the poster likened it to Nazi propaganda, with some going so far as to deem it a “blatant attempt to incite racial hatred” and reporting it to the police.

Of course, UKIP leadership is quick to say that it is not anti-Muslim — even though it has selected parliamentary candidates who have called Islam “evil” — but pro-UK. You know, just like they are pro-vitamin D.

Next, read up on the controversy over the burqa swimsuit known as the burkini. Then, discover what the West gets right and wrong about women in Islam.