Responsible for killing 80,000 people and impaling 20,000, Vlad Dracula committed some of history's grisliest acts as the ruler of 15th-century Wallachia.

In 1897, writer Bram Stoker published the novel Dracula, the classic story of a vampire named Count Dracula who feeds on human blood, hunting his victims and killing them in the dead of night.

The Count Dracula in the book, which contemporary critics described as the “most blood-curdling novel” of the century, was Stoker’s own creation. But many believe the bloodthirsty villain was partly inspired by Vlad the Impaler, the terrifying ruler of Wallachia (part of present-day Romania) in the mid-1400s. 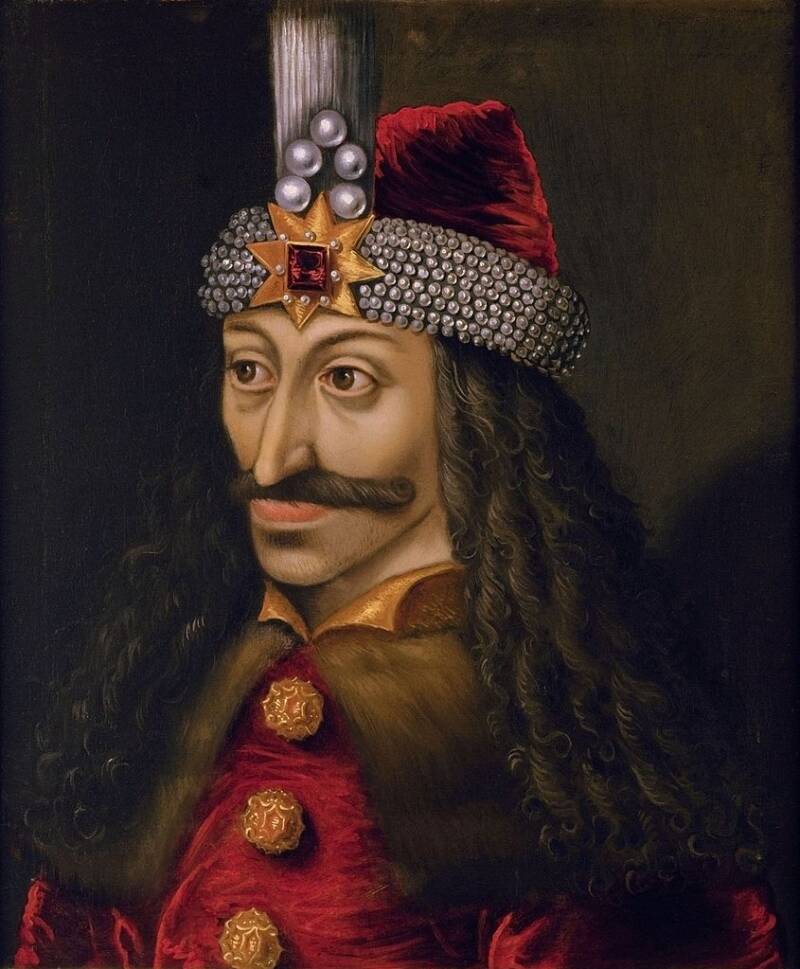 Wikimedia CommonsThough Vlad the Impaler is a national hero in Romania to this day, this “real Dracula” perpetrated untold atrocities throughout the mid-1400s.

Vlad III earned his fearsome nickname for impaling more than 20,000 people and killing as many as 60,000 others during his bloody reign. He was even said to dine among his impaled enemies and dip his bread in their blood.

But while the stories of the “real Dracula” have surely been embellished over the years, the true history of Vlad the Impaler is far scarier than anything Bram Stoker could have dreamed up.

The Son Of The Dragon Is Born 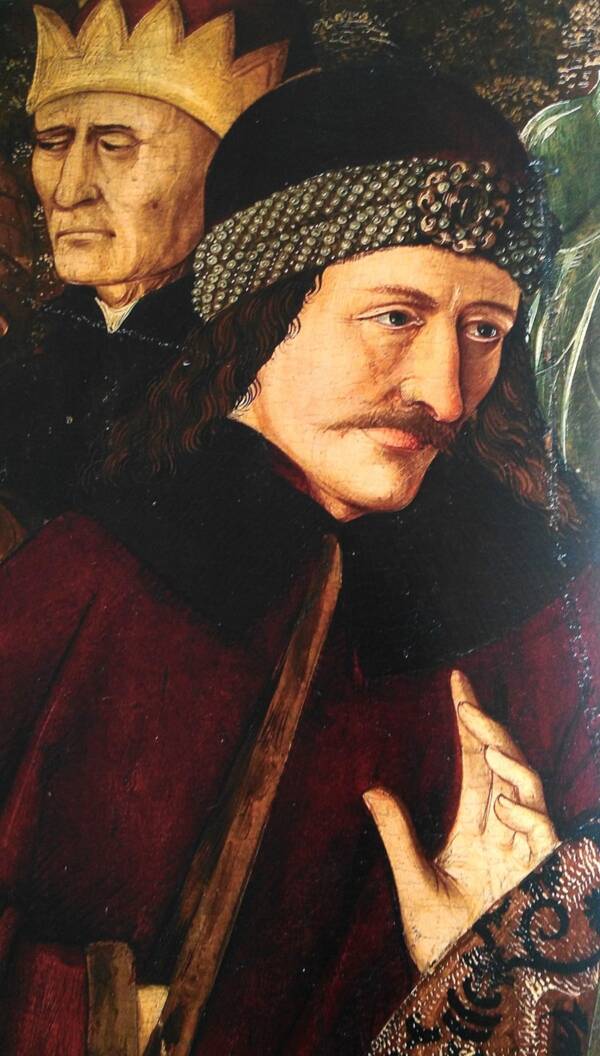 Because the historical record is often spotty when it comes to the story of Vlad the Impaler (otherwise as known as Vlad III), we know only that he was born between 1428 and 1431 during a time of unrest in Wallachia.

His mother, the queen, came from a Moldavian royal family and his father was Vlad II Dracul. The surname translates to “dragon” and was given to Vlad II after his induction into a Christian crusading order known as the Order of the Dragon. Young Vlad had two brothers, Mircea and Radu.

Due to Wallachia’s proximity to the warring factions of Christian-ruled Europe and the Muslim-ruled Ottoman Empire, Dracul’s territory was the site of constant turmoil.

In 1442, the Ottomans called for a diplomatic meeting and invited Vlad Dracul. He saw an opportunity to educate his younger sons in the art of diplomacy so he brought Vlad III and Radu with him. 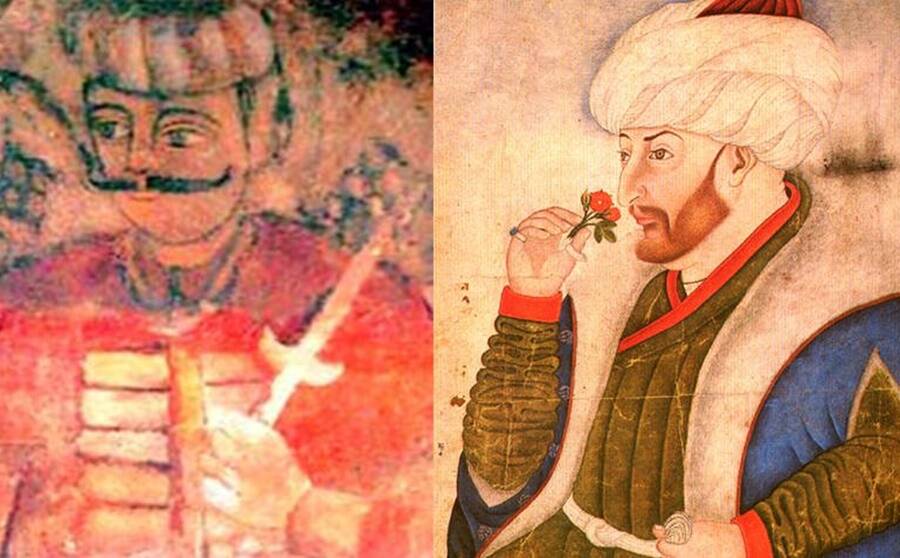 Wikimedia CommonsVlad II and Ottoman Sultan Mehmed II, who kidnapped him and his children.

But Dracul and his two sons were captured and held hostage by the Ottoman diplomats instead. The captors told him that he would be released — but he had to leave his sons.

Dracul, believing it was the safest option for his family, agreed. Fortunately for Vlad III and his brother, during their time as hostages, the two princes received lessons in science, philosophy, and the art of war.

However, things were far worse back home. A coup orchestrated by local warlords — known as the boyar — overthrew Dracul. In 1447, he was killed in the swamps behind his home while his oldest son was tortured, blinded, and buried alive.

Vlad III was freed soon after his family’s death, and at this time he began to use the name Vlad Dracula, meaning son of the dragon. When he returned to Wallachia, he transformed into a violent ruler, soon earning his moniker Vlad the Impaler in disturbing fashion.

How Vlad The Impaler Took Power And Embraced Brutality 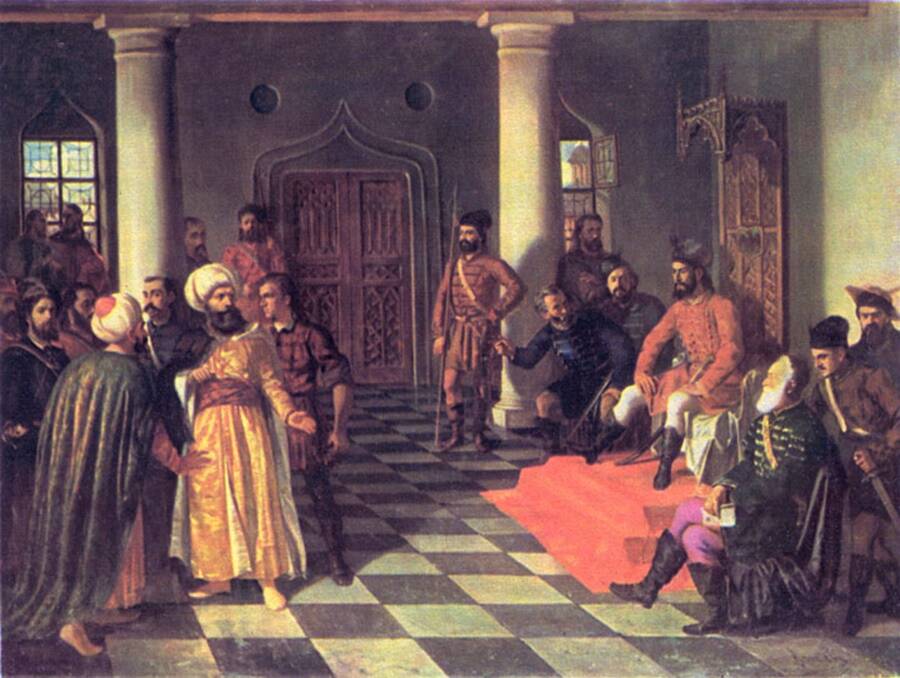 Wikimedia CommonsA depiction of Vlad the Impaler meeting with envoys from the Ottoman Empire, who captured him when he was young.

In 1448, Vlad returned to Wallachia to take back the throne from Vladislav II, the man who had taken his father’s place. He succeeded, but after just a few months, the deposed Vladislav returned and took back the throne.

But in 1456, Vlad returned with an army and support from Hungary and was able to take the throne from Vladislav for a second time.

Legend has it that Vlad personally beheaded his rival Vladislav on the battlefield. And once he was back on his father’s throne again, his reign of terror truly began.

Some historians believe his family’s horrific deaths were what turned Vlad III into Vlad Tepes, the original Romanian for Vlad the Impaler. Some accounts state Vlad was subjected to beatings and torture during his imprisonment under the Ottomans, which may also be where he learned the tradition of impaling enemies.

Soon after he took the throne back, Vlad had enemies of his own to deal with. Some in Wallachia considered Vladislav II a better leader, which caused uprisings in villages across the region. The returning monarch knew he had to assert his dominance over the people. So, he decided to host a banquet and invite his opposition. 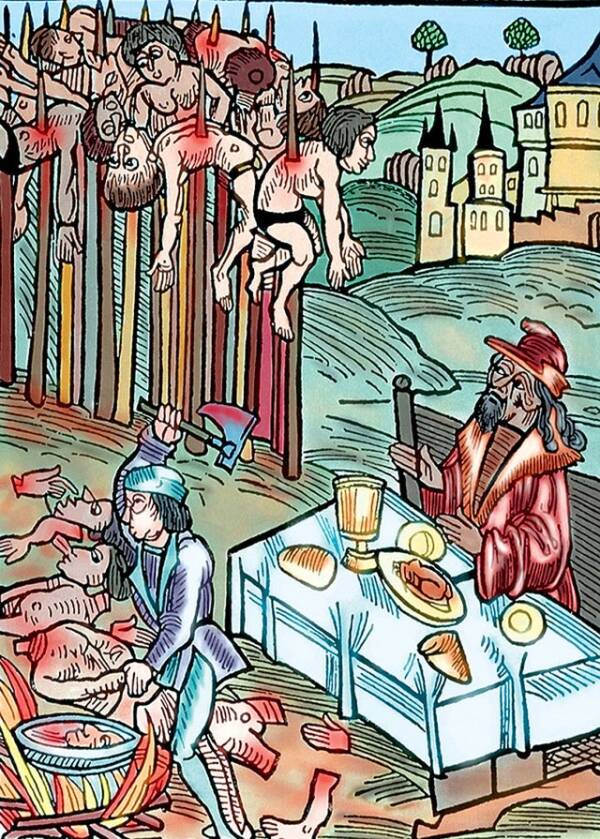 It didn’t take long before the festivities turned bloody. Vlad’s dissenting guests were stabbed to death and their still-twitching bodies were impaled on spikes.

From there, Vlad’s violent reputation only continued to grow as he defended his throne and devastated his enemies time and again via the grisliest methods imaginable.

The Real Dracula’s Reign Of Terror 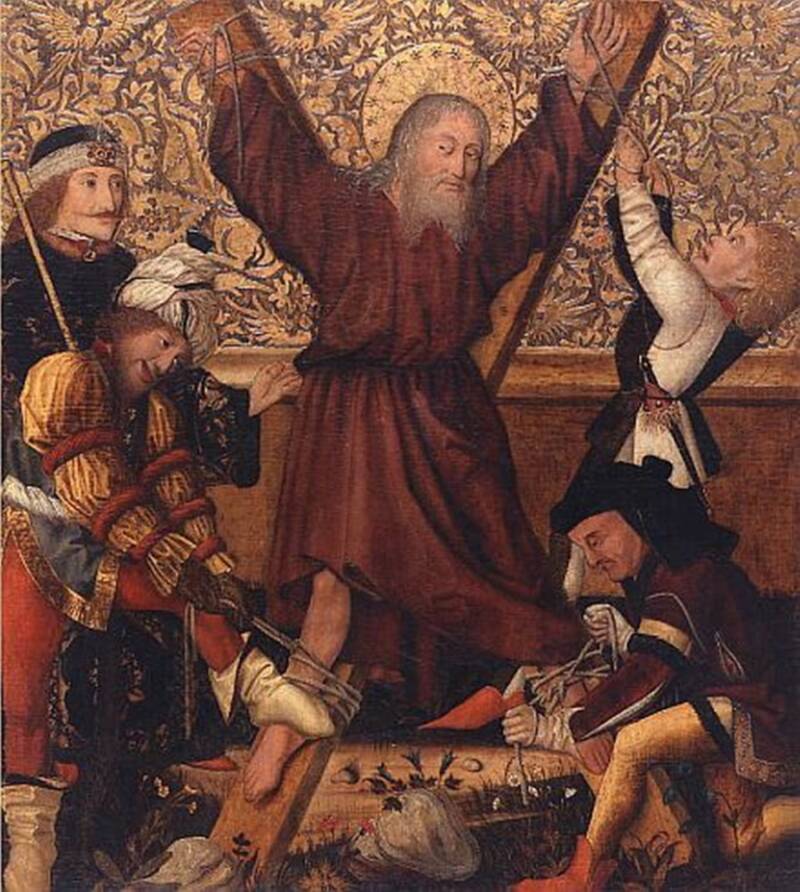 Wikimedia CommonsWord of Vlad the Impaler’s brutality spread far and wide and was depicted in many works of art throughout the Middle Ages.

Vlad the Impaler was an undeniably brutal ruler. Nevertheless, much of Christian Europe supported his strong, if macabre, defense of Wallachia from various incursions from Muslim Ottoman forces.

In fact, even Pope Pius II expressed admiration for the notoriously violent ruler’s military feats. A threat to Europe was deemed a threat to Christendom and, therefore, the Pope.

Though the real Dracula brought some stability and protection to a vulnerable region, Vlad III was still seemed to relish his own brutality. During one of his successful campaigns against the Ottoman Turks in 1462, Vlad wrote the following to one of his allies:

“I have killed peasants, men and women, old and young, who lived at Oblucitza and Novoselo, where the Danube flows into the sea… We killed 23,884 Turks, without counting those whom we burned in homes or the Turks whose heads were cut by our soldiers… Thus, your highness, you must know that I have broken the peace.”

The atrocities committed by Vlad the Impaler remain as terrifying today as they were more than 500 years ago.

Impalement was no doubt Vlad the Impaler’s murder method of choice. During impalement, a wooden or metal pole would be jabbed through the body starting either in the rectum or vagina and would then slowly pierce through the body until it came out the victim’s mouth, shoulders, or neck.

Sometimes the pole was rounded so that it would go through the body without puncturing any internal organs, prolonging the victim’s torture. In these particularly gruesome cases, it could take hours or even days for the victim to finally die — often on public display for everyone to watch. In one case, he impaled the Saxon merchants in Kronstadt who were once allied with the boyars — his family’s killers.

Vlad the Impaler used this torturous method to punish and kill anyone who displeased or threatened him, though it wasn’t the only way he dispensed his cruelty. At one point, he had the turbans of Ottoman diplomats nailed onto their skulls after they declined to remove them for religious reasons. 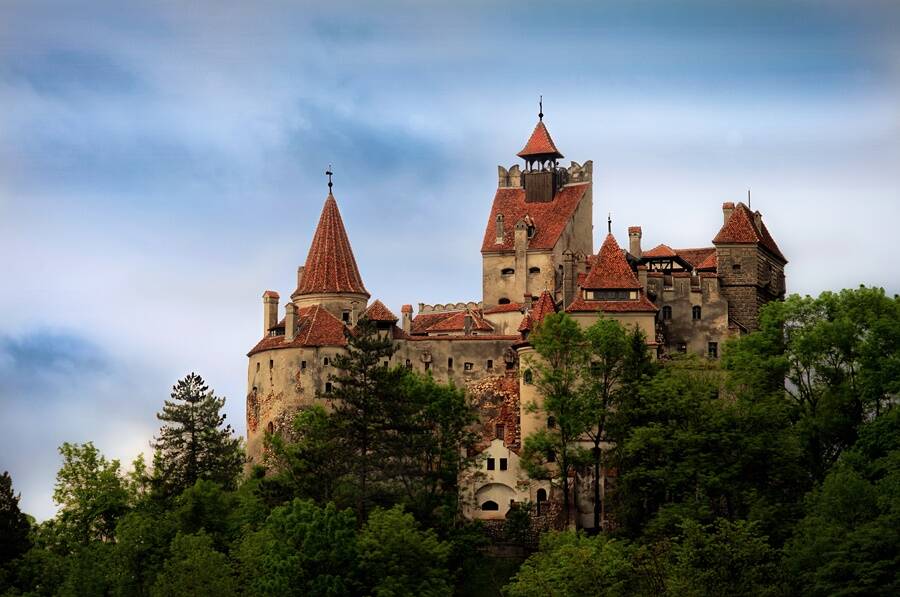 Wikimedia CommonsRomania’s Bran Castle is widely associated with Bram Stoker’s book and Vlad III, though neither of these links have been confirmed by historians.

Vlad the Impaler’s appetite for violence often surpassed the bloodlust of his enemies. Sultan Mehmed II, notorious for his own atrocities, was aghast after seeing the decaying corpses of about 23,000 of his own men lined up on stakes for miles (some say as many as 60) around the capital of Târgoviște when he invaded Wallachia in 1462.

“How can we despoil of his estates a man who is not afraid to defend it by such means as these?,” Mehmed said, deciding that anyone willing to go to such lengths to save his kingdom deserved to keep it. The Ottoman forces retreated the next day.

Stories like this abound and, in total, contemporaneous accounts claimed that Vlad the Impaler killed 80,000 people during his reign — impaling more than 23,000 of them — but it’s difficult to know for sure how many people he truly slaughtered.

His bloody reign ended in 1462 when Hungarian forces took him prisoner. The Ottomans had launched a campaign to replace Vlad with his milder brother Radu. In turn, Vlad went to the Hungarians, thinking that they’d help solidify his hold on the throne. But, not wanting to risk war with the Ottomans, the Hungarians had Vlad imprisoned.

Almost nothing is known about Vlad’s imprisonment, but in 1476, he was released and married Jusztina Szilágyi, a relative of the Hungarian King Matthias Corvinus, who made an arrangement with Vlad to restore him to his throne after Radu had been removed. However, Vlad died in battle alongside the Hungarians, who were now at war with the Ottomans, later that same year.

According to legend, he suffered the same ill fate as his old rival Vladislav II. As the story goes, Vlad the Impaler was beheaded in battle and his head was paraded back to Constantinople and placed in the hands of his enemy, Sultan Mehmed II, to be displayed over the city’s gates. His remains have never been found.

The Origins Of Bram Stoker’s Dracula 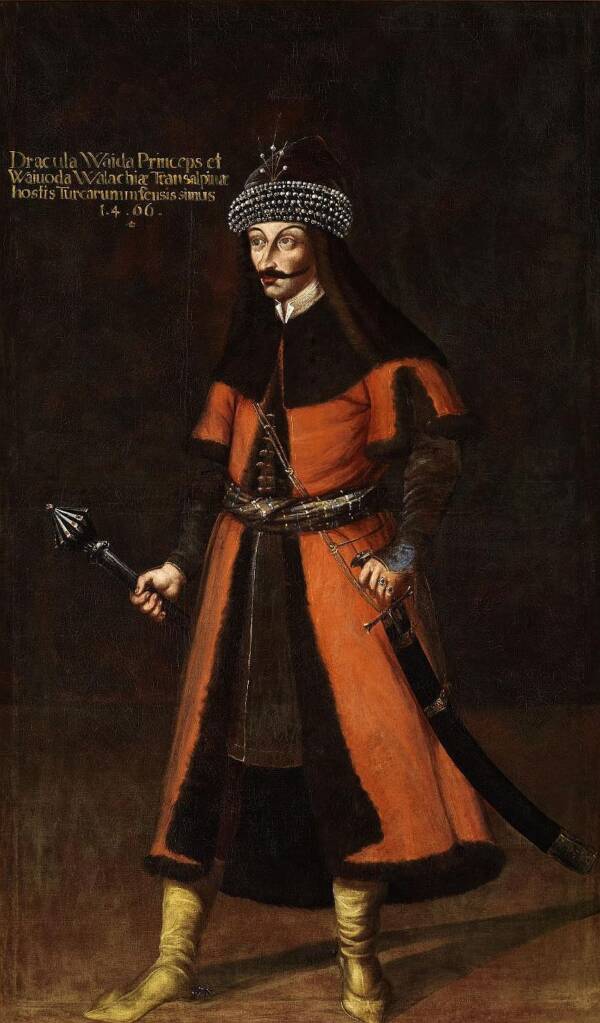 Though Vlad the Impaler’s atrocities are undoubtedly terrifying, how exactly might the “real Dracula” have helped inspire Bram Stoker’s fictional vampire?

The answer might lie with the gory tales of the bloodthirsty monarch’s exploits. According to one legend, Vlad Dracula enjoyed dipping his bread in the blood of his victims, but the authenticity of that account has never been confirmed.

In 1820, a book by the British consul to Wallachia, William Wilkinson, titled An Account Of The Principalities Of Wallachia And Moldavia: With Various Political Observations Relating To Them, also helped popularize the story of the real Dracula across Europe. Stoker read Wilkinson’s book, which is likely where he first saw the name Dracula.

Regardless of how much he was inspired by Wilkinson, Stoker’s Dracula took on a life of its own and continues to be one of the most adapted horror stories to this day. The first known motion picture to bring the vampire to the screen was the 1921 Hungarian production, Dracula’s Death. Ten years later, the American production starring Bela Lugosi became one of the most popular adaptations to date.

Dozens upon dozens of movies, television shows, books, and the like have followed since, with Netflix’s 2020 series Dracula, even transporting the centuries-old creature into the social media age at one point. 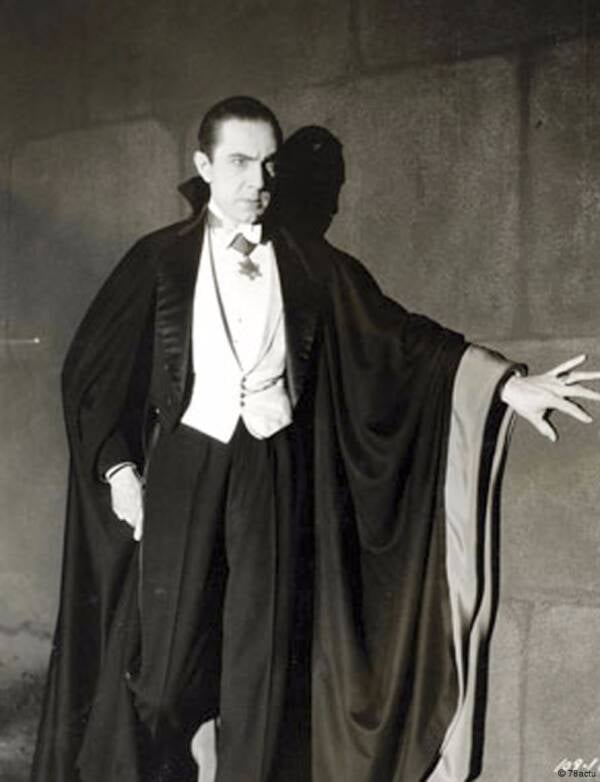 Wikimedia CommonsBela Lugosi in his iconic role as Count Dracula in the 1931 film adaptation.

Although Count Dracula and Vlad the Impaler share a few similarities — they shared a name and both lived in a towering castle in Eastern Europe and had a taste for blood — there are significant differences between them.

Stoker’s Dracula resides in Transylvania while Vlad the Impaler never lived there. He was born in and ruled over the region of Wallachia, which was one of three principalities that made up Romania at the time, including Transylvania and Moldova.

And, as terrifying as Vlad the Impaler was, there’s no hard evidence to suggest that he actually drank blood. However, 15th-century pamphlets with titles like The Frightening and Truly Extraordinary Story of a Wicked Blood-drinking Tyrant Called Prince Dracula certainly helped enforce that belief.

Clearly, tales of Vlad the Impaler have been soaked in blood for some 500 years. And while it may be difficult to distinguish fact from fiction about the real Dracula at this point, there’s enough evidence to know that Vlad committed some of the most chilling atrocities of his era.

After this look at Vlad the Impaler, the real Dracula, take a look inside Dracula’s castle. Then, find out the odds of human survival in a vampire apocalypse using this vampire calculator made by a real scientist.