By mapping out how the Walsh glacier had moved over the past eight decades, the expedition was able to pinpoint where explorers had abandoned their equipment, including cameras. 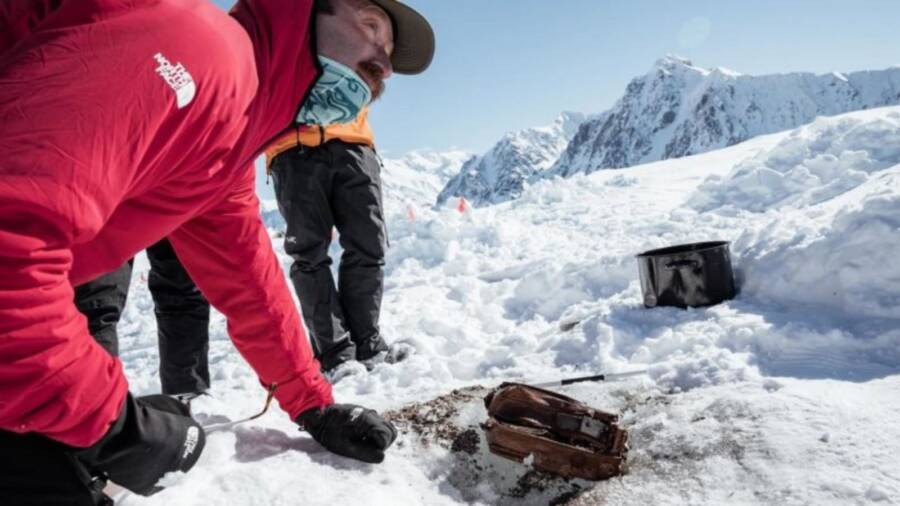 Eighty-five years ago, explorers Bradford Washburn and Robert Bates were forced to abandon a number of their supplies, including cameras, as they attempted to summit Canada’s Mount Lucania. Now, an expedition has retraced their footsteps and recovered their cameras.

“That moment when we saw the equipment that was indisputably theirs [was] just so surreal and validating in so many senses,” professional skier Griffin Post, who came up with the idea to track down the cameras, told PEOPLE. “There was so much self-doubt over the last 18 months.”

According to The New York Times, Post first learned about the cameras while reading Escape from Lucania by David Roberts, a 2002 book that detailed Washburn and Bates’ 1937 expedition. Post fixated on a couple of paragraphs that mentioned that no other expedition had come across the gear that Washburn and Bates had been forced to abandon.

He teamed up with Teton Gravity Research (TGR), a group of mountaineers, and scientists to scour the Walsh glacier in Canada’s Kluane National Park. But Post quickly realized that their task would be easier said than done.

“You do all this research, you have all this science-based reasoning, and you think it’s totally possible: We’re going to go in there and look in this certain area, and it’s going to be there,” Post told The New York Times. “And then the first time you actually see the valley of the Walsh glacier and how massive it is and how many crevasses there are, how rugged the terrain is, your heart kind of sinks and you’re kind of like, no way, there’s just so much terrain.” 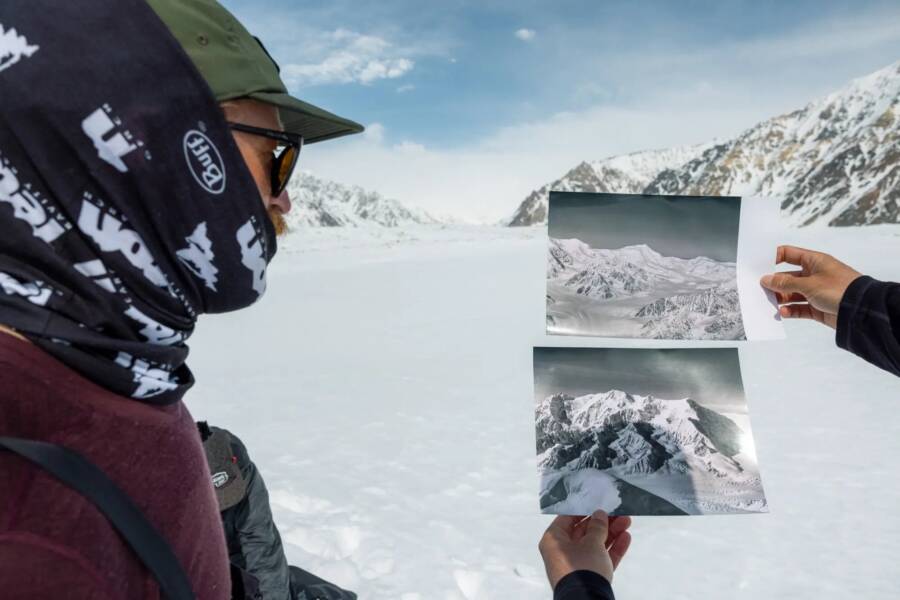 Tyler Ravelle/Teton Gravity ResearchThe group studied how the glacier had changed over the past eight decades in order to find the cameras.

In order to find the cameras, Post and his team enlisted Dorota Medrzycka, a glaciologist whose understanding of how glaciers had changed over time provided estimates on where Washburn and Bates had abandoned their gear.

Even with Medrzycka, however, Post’s team failed to find Washburn and Bates’ gear during their first attempt in the spring of 2022. That August, their second expedition also seemed on the precipice of failure as their weeklong trip to the glacier turned up nothing. But then Medrzycka had an idea.

As The New York Times reports, the glaciologist noted anomalies in the ice which suggested that two “surges” had caused the Walsh glacier to move more rapidly than she’d previously predicted. Medrzycka revised her estimates — and led Post and his team straight to the cameras.

“Knowing that the educated guess I made actually paid off and was right, it’s a very incredible feeling,” Medrzycka told The New York Times.

Her revised estimate was all the more astounding because the expedition had just one hour left before a helicopter was scheduled to pick them up. Post told PEOPLE that they found the cameras “at the 11th hour.” 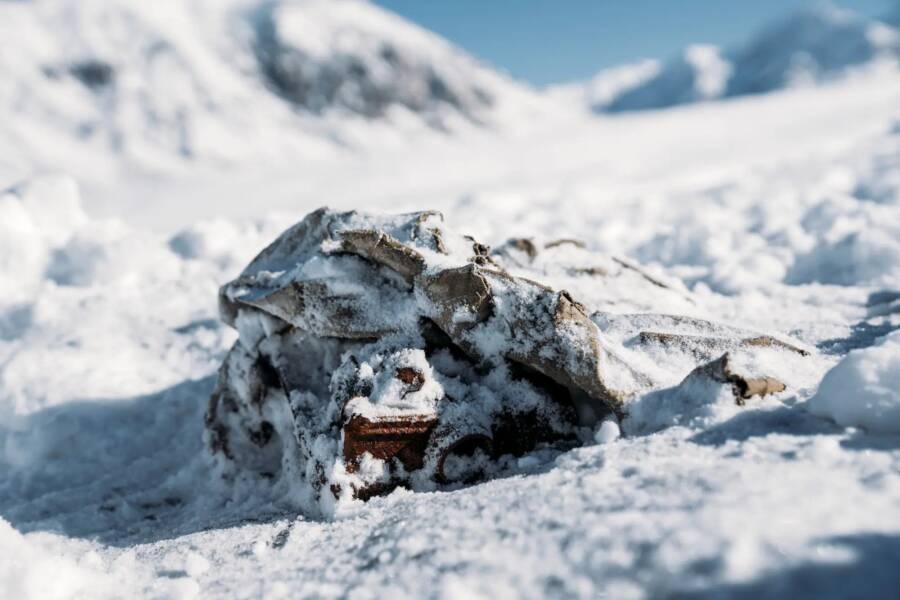 Leslie Hittmeier/Teton Gravity ResearchThe expedition is hopeful that they’ll be able to salvage the film from one of the recovered cameras, seen here buried in snow.

But the most enticing finds is certainly the cameras, many of which contain film that Post is hopeful can be developed.

“It was so unlikely to find the cache in the first place after 85 years,” he told The New York Times. “Yes, it’s unlikely that some of that film is salvageable — but maybe it is.”

Even if the film is unusable, however, Post feels like his expedition succeeded in other ways. For example, it shed important light on how the Walsh glacier had changed over time.

After reading about the 85-year-old cameras recovered in the Yukon, see how a melting glacier in the Italian Alps revealed artifacts left behind during World War I. Or, read about John Torrington, whose body was preserved in ice for more than 140 years after he died in the doomed 1845 Franklin voyage to the Arctic.